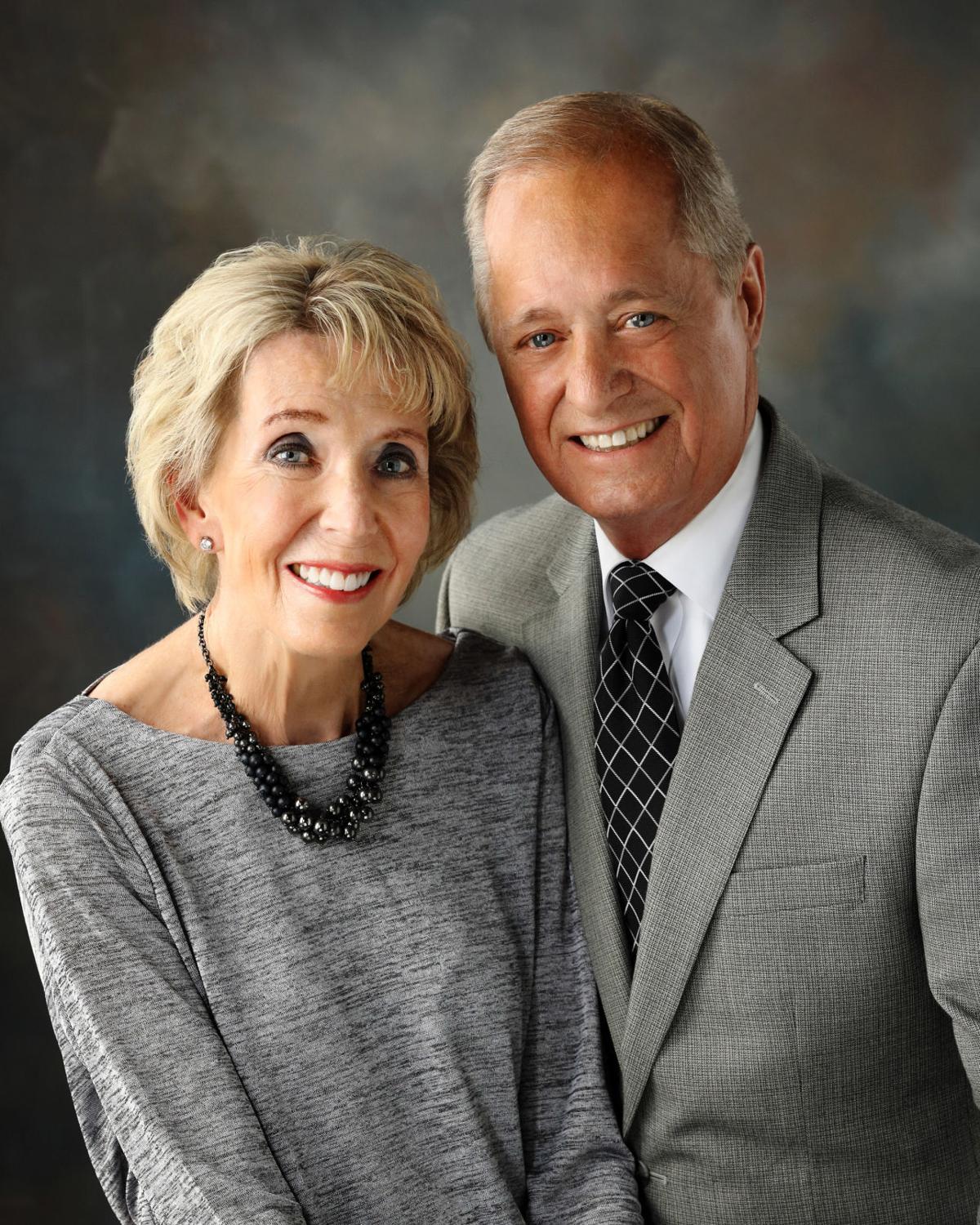 John and Linda Lyche are among the 2021 recipients of Viterbo's Saint John XXIII Award for Distinguished Service. 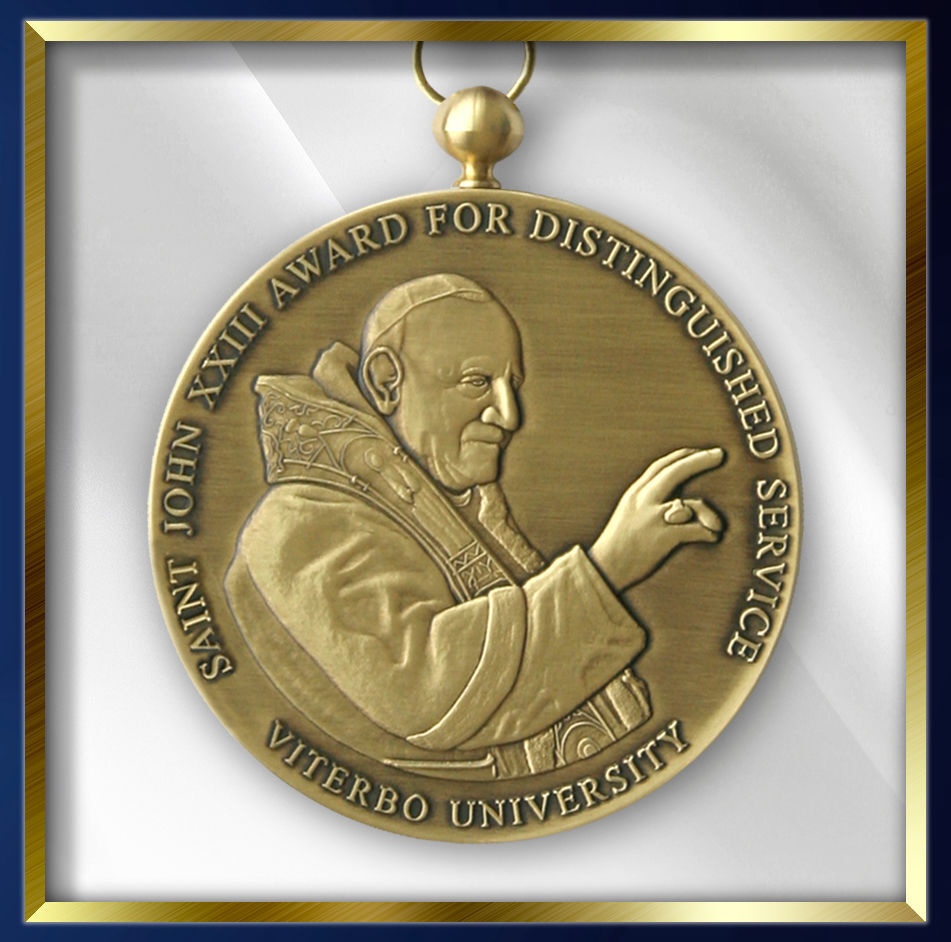 Sr. Moore, Simones, and Swanson are the 2020 recipients of the award, and the Lyches and Starling-Ratliff are the recipients for 2021. The award presentations and announcement were cancelled last year because of the pandemic. Sr. Moore, who passed away in March 2020, is being honored posthumously.

The Saint John XXIII Award is the highest non-academic award bestowed by Viterbo University. Recipients are chosen on the basis of contributions in one or several of the following categories: education, business, philanthropy, peace and justice, and religious life.

Giving back to their community “just feels right” to John and Linda Lyche. They have given their time, talents, and financial resources to a long list of civic organizations and projects over many years including the La Crosse Community Theatre, the Boys & Girls Clubs of Greater La Crosse, the Family & Children’s Center, the Jaycees, Big Brothers Big Sisters, the La Crosse Children’s Museum, the La Crosse Symphony Orchestra, United Way (including chairing a successful campaign), LADCO, the Boy Scouts, the Salvation Army, Valley View Rotary, Gundersen Health System and Foundation, Riverfest, RSVP, YMCA, the Onalaska Community Development Authority, Aptiv, Alzheimer’s Walk, Habitat for Humanity, and the School District of Onalaska.

The couple played a key role in the collaboration and fundraising success of the Weber Center for the Performing Arts in downtown La Crosse.Members of Onalaska Methodist Church, they have served on the church council and various committees, and participated in several mission trips. In 2016, they traveled to India to administer polio vaccines to the underserved as part of Rotary International’s Polio Plus campaign. They also established a scholarship at Western Technical College and Linda volunteered in the schools and worked as an educator and school psychologist for many years. They have been honored for their good works with the Salvation Army Red Kettle Award, the Association of Fundraising Professionals Outstanding Philanthropists Award, and the Iverson Freking Ecumenical Recognition Award.

During her nearly 40-year affiliation with Viterbo University, Jean Moore, FSPA, left no doubt of her unwavering commitment to education and strong connection to the founding Franciscan roots of Viterbo and the Franciscan Sisters of Perpetual Adoration. She came to St. Rose Convent in 1980 at the age of 27, and as a novitiate, took classes at Viterbo, igniting a passion for the institution. In 1983, Sr. Jean made her first profession as a Franciscan Sister of Perpetual Adoration, and two years later became a Spanish instructor at Viterbo. She earned a doctoral degree in large part to make it possible to teach full-time at Viterbo, which she did starting in 1990.

Three years later, Sr. Jean was appointed dean of the School of Letters and Sciences, serving for four years until she began an eight-year stint as vice president for student life. She then served as vice president for student development. Sr. Jean was later appointed the director of mission integration for the FSPA. She also came back to teach at Viterbo, starting a three-year stint teaching classes in Franciscan traditions and values. Sharing the stories and lessons of St. Francis and St. Clare was dear to her heart, and Sr. Jean helped lead several pilgrimages to Assisi, Italy. She was a spiritual advisor to many a Viterbo student and served for years as chaplain for the V-Hawks women’s basketball team.

Early in 2020, Sr. Jean’s health began to fail, and Viterbo officials presented the Saint John XXIII Award for Distinguished Service to her in her hospital bed. The award meant the world to her, especially having the presentation take place with family members by her side. A few days later, on March 3, Sr. Jean died at the age of 67.

A devout Catholic, Bruce Simones puts his strong faith into action by helping others. Simones serves as the volunteer custodian at Catholic Charities Warming Center, collects and distributes household items for The Exchange, does laundry at the Franciscan Hospitality House, and washes dishes at Place of Grace Catholic Worker House, where his presence is described as “a gift of goodness and grace.” He has also helped run the concession stand at Aquinas High School events for many years. After serving in the military, Simones worked 15 years as a nurse. In the midst of his career, he moved to Milwaukee to serve in inner city Catholic Schools as a teacher, coach, and mentor. He recognized desperation and possibility in three young men who he invited back to La Crosse as his foster sons. All three would graduate from La Crosse high schools.

To have more time as a father and foster father, Simones left his nursing career and bought the Recovery Room tavern with partners. He would work at the bar for almost 30 years, where he would be a type of surrogate father, big brother, good friend, and employer for many Viterbo University students over the years. Now retired, Simones says of his extensive current volunteer work, “you have to do something, so you might as well do something worthwhile.”

Nola Starling-Ratliff has long been inspired by what she described as the FSPA’s “aura of giving.” Throughout her life, she has applied that same philosophy to the profession that allowed her to make a difference in the lives of children—education. Starling-Ratliff earned a degree in education from Viterbo University and began teaching in Racine. She would go on to earn a graduate degree from the University of Wisconsin-Milwaukee and to serve as an assistant principal and principal at elementary and high schools in Kenosha, Blue Island, Ill., Sussex, and Racine.

Retiring in 2008 but missing students and staff, Starling-Ratliff returned to the elementary school principal ranks for another 10 years. She now serves as a principal coach in Racine. Previous community service includes membership on the boards of Viterbo University and other colleges, YMCA, National Association of Secondary/Elementary Principals, National Alliance of Black School Educators, Girl Scouts, Eta Phi Beta Sorority, and the Racine Leadership Academy. She also served as a coach for the Wisconsin Urban Leadership Institute and on numerous education, inclusion, and community committees at local, district, and state levels. Starling-Ratliff is currently a member of the Association for Supervision and Curriculum Development, Junior League, NAACP, the Siena Catholic School Board and chairperson of the education committee, Wisconsin Urban Leadership Institute, Peace Learning Circle board, and Racial Equality in Our Community committee. She has been an active member of Sacred Heart Catholic Church for more than 40 years and is the mother of two daughters and grandmother of six. She has received numerous honors, including the Dr. Martin Luther King Jr. Appreciation Award, PTSA Principal of the Year Award, Abundant Life Educator of the Year, Phi Delta Kappa Award, Viterbo University Distinguished Alumni Award, and being named a YWCA Woman of Distinction.

For Deak Swanson, giving back to the community and helping others is a critical part of success. Swanson was a member of the board of what is now known as the Boys & Girls Clubs of Greater La Crosse for 20 years, nine of which he served as president. He co-chaired the fund drive for the main Terry Erickson branch of the club in La Crosse, and was later named the first inductee to the club’s Wall of Fame. Swanson helped create the La Crosse Oktoberfest strategic plan. He was instrumental in getting a new police station built on the North Side of La Crosse, a project for which he volunteered a tremendous amount of his time and labor from his company. He also volunteered to help the Boy Scouts and Girl Scouts by rebuilding roads to Camp Decorah and upgrading plumbing at Camp Ehawee.

Including his Boys & Girls Club service, Swanson has a total of more than 100 years of service (and extensive fundraising experience) on the boards of other local charitable and civic organizations such as the United Way, Coulee Council on Addictions, Riverfront, La Crosse County Human Services, LARC, Bethany Lutheran Homes, and Lutheran Hospital. Swanson has been honored with numerous awards over the years, including the President’s Award from U.S. President Ronald Reagan, who was the honorary chair of the national Boys & Girls Club board. He was also named Mississippi Valley Chapter of Professional Fundraisers Volunteer of the Year, a Paul Harris Fellow, the highest honor given by Rotary International, and was a Logan High School Wall of Fame Inductee in 2015 for his influence in shaping Logan High School, the North Side of La Crosse, and the Coulee Region. Viterbo University named him an emeritus member of the Board of Trustees and he was the La Crosse Oktoberfest Torchlight Parade Marshall in 1976 and Festmaster in 1996.

Monica Kruse: Recapping a strong year for the county

As another year comes to an end and we prepare to celebrate the holiday season, it’s time to look back on La Crosse County Board achievements …

Once a week the Tribune dedicates a slice of the newspaper to Vince Hatt, the Tribune's spiritual director.

John and Linda Lyche are among the 2021 recipients of Viterbo's Saint John XXIII Award for Distinguished Service. 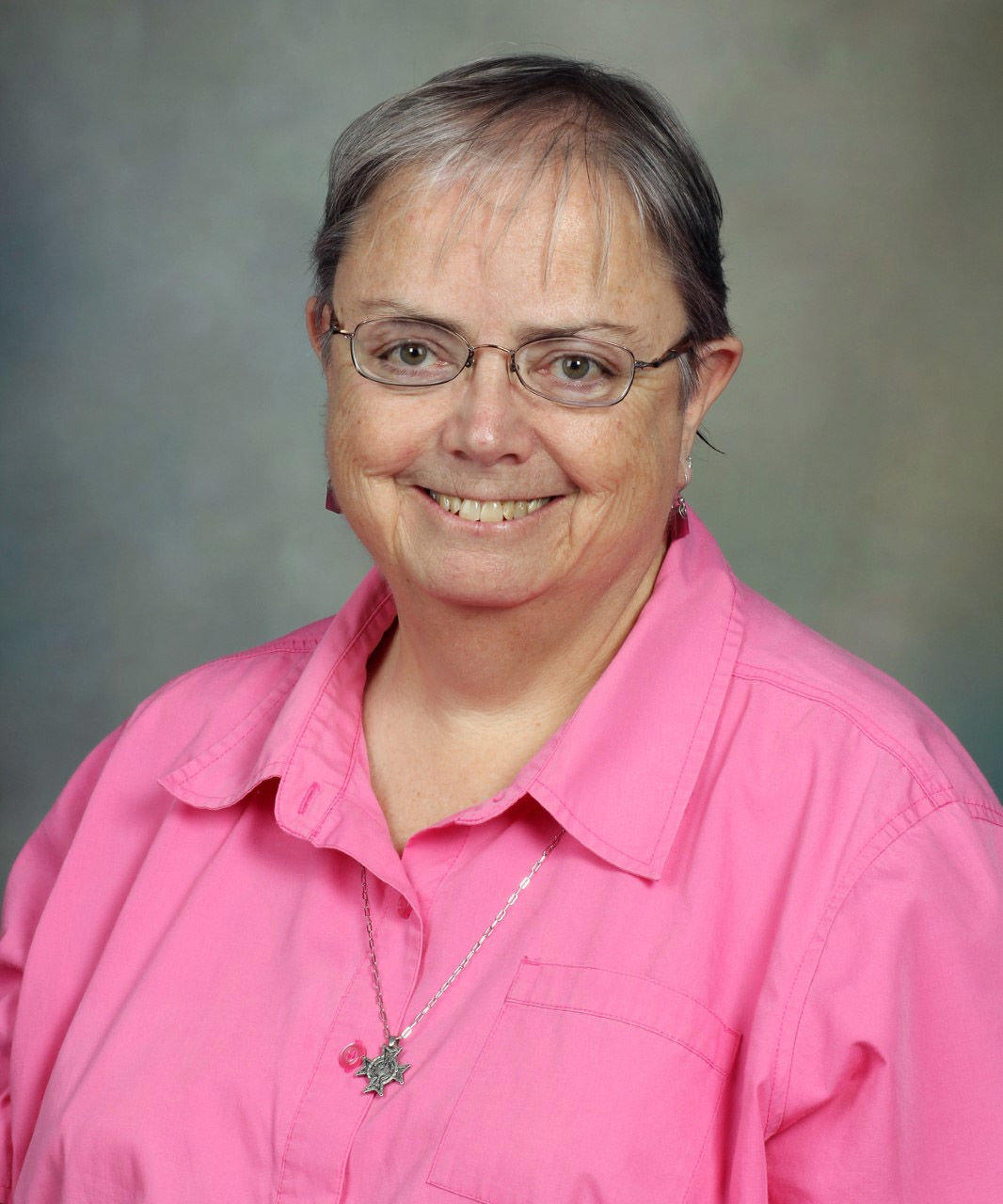 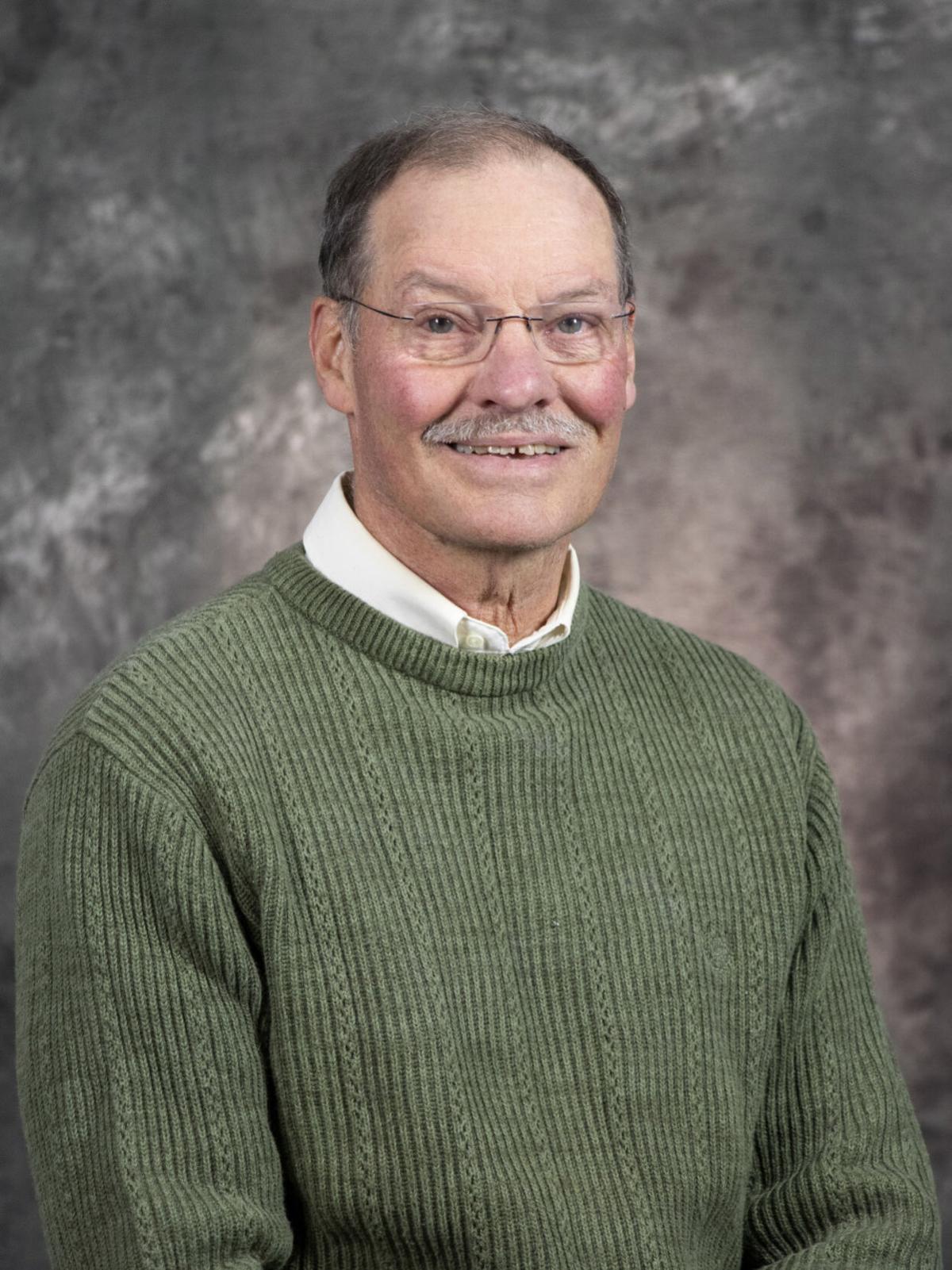 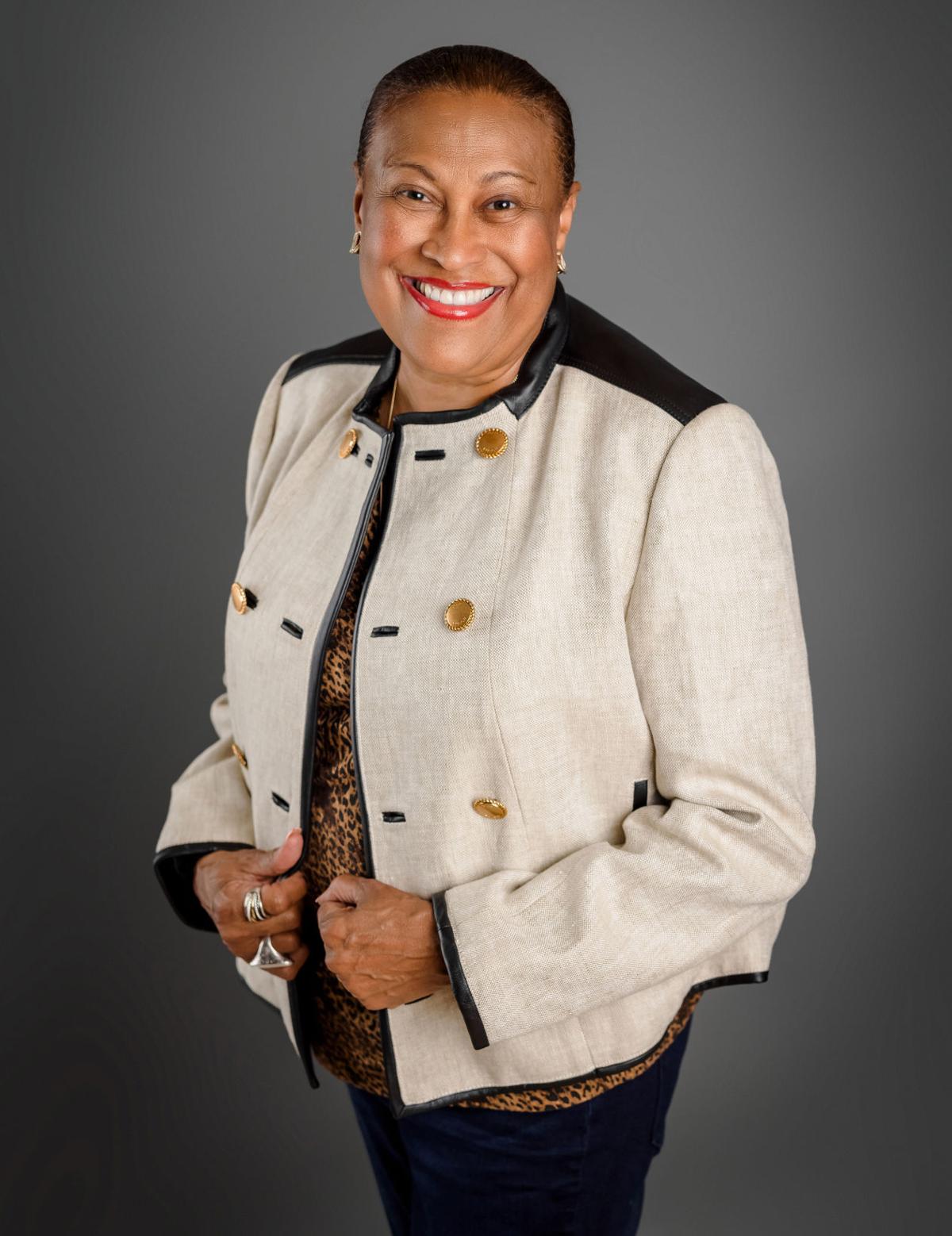