Clifford Amundson Jr. and Hannah Skibba, both of Holmen.

Brandon Brown and Katelynn Hellerude, both of La Crosse.

Tomas Cibek of Slovakia and Molly Moran of La Crosse.

James Fore and Emma Peterson, both of La Crosse.

Jarod Griswold and Alexa Miller, both of Onalaska.

Adam Krafft and Amanda Wesche, both of La Crosse.

Eliah Muller and Reagan Johnson, both of Rochester.

Dustin Payne and Amanda Carter, both of Davenport.

Johnathan Turner and Natasha Seidel, both of La Crosse.

Alexander Welter and Andrea Cwiak, both of Onalaska. 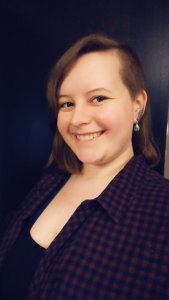 It all begins Friday for the 28th year of Rotary Lights. Take a look back at last year's presentation at Riverside Park.