Subscribe
Read Today's E-Edition
Share This
Discover why sharks should be revered, not feared at the Science Museum of Virginia's "Planet Shark: Predator or Prey" exhibition
0 Comments
Share this

more info
This content was produced by Brand Ave. Studios. The news and editorial departments of La Crosse Tribune had no role in its creation or display. Brand Ave. Studios connects advertisers with a targeted audience through compelling content programs, from concept to production and distribution. For more information contact sales@brandavestudios.com. 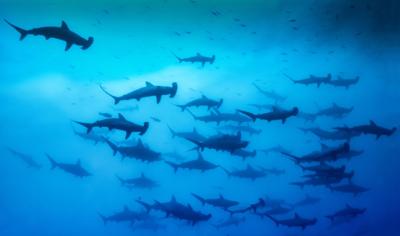 What comes to mind when you think of sharks? If you envision a menacing creature that terrorizes the ocean accompanied by epic theme music, you're not alone. But sadly, most of what has been portrayed in popular culture is more myth than reality. It turns out sharks are far more interesting and diverse than their stereotypical Hollywood portrayal. A new touring exhibition, "Planet Shark: Predator or Prey," now open at the Science Museum of Virginia, gives guests an unparalleled glimpse into the mysterious world of sharks and will leave them with a new appreciation for this often-misunderstood creature.

Sharks are one of the oldest and most iconic animals on Earth. Early fossil records show that sharks swam in our oceans and lakes as early as 450 million years ago, making them older than dinosaurs! Whether you're a die-hard shark fan or just looking to learn something new, this immersive multimedia exhibition entertains and educates guests of all ages. Come trace millions of years of evolution and gain a new level of respect for sharks of all shapes and sizes.

Under the sea: A whole new water world

As you enter "Planet Shark: Predator or Prey," you are instantly enveloped in the world of sharks. This exhibition features shark models cast from real animals; a stunning collection of real teeth and jaws; extremely rare fossils—some up to 370 million years old; captivating stories of human/shark encounters; and detailed examinations of the shark's amazing anatomy, biology, hunting strategies and sensory systems.

"There are so many exciting and interesting shark species in the ocean, but most people only know about the great white shark since it's been popular in movies," says Timshel Purdum, Virginia C. Ellett Director of Education at the Science Museum of Virginia. "The fascinating thing about sharks is that they can range in all shapes and sizes, from sharks that can fit in the palm of your hand to school-bus-sized sharks that live off plankton," Purdum says.

There is an endless amount of fun shark facts to be discovered at this exhibition. After all, how many other animals can replace their teeth time and time again? Or have skin that feels smooth in one direction and rough in the other to reduce drag? Or have sensory organs that can detect not only the electrical field changes made by the muscle contraction of prey, but also Earth’s electromagnetic field?

Beyond this exhibition's impressive collection of artifacts and wealth of knowledge, a mind-blowing multimedia experience puts guests at the center of it all. Viewers are plunged into various breathtaking scenes, from the darkest depths to the sandy shallows in a full-immersion SENSORY4™ multimedia gallery that features 45-minutes of some of the most stunning shark imagery ever filmed. "It feels like you are in the ocean with the sharks!" Purdum says. This out-of-water experience features an array of high-definition projectors combined with cinema quality audio narrative to display life-size imagery so real guests will feel as if they can reach right into the screen to touch the sharks.

Shark attacks make headlines and blockbuster movies often depict sharks as massive, menacing predators. But those attention-grabbing stories don't show the real relationship between humans and sharks. Despite their reputation, sharks are not villains but an essential part of our marine ecosystem and are actually more likely to be the prey than the hunter.

In fact, due to overfishing and unregulated fishing practices worldwide, humans have played a significant role in harming sharks, driving some species to near extinction. Public education and awareness of just how truly remarkable sharks are and their role in our world can help replace fear with respect, and "Planet Shark: Predator or Prey" is а vital first step.

"Sharks' biggest threat is from us. We are not under threat by sharks, but sharks are under threat by humans," Purdum says. "You have a much higher chance of getting struck by lightning or getting in a car accident than being attacked by a shark."

To learn more about the "Planet Shark: Predator or Prey" exhibition and how to purchase tickets, please visit smv.org.

Discover which shark you would be if you lived beneath the waves! Plus, enter for your chance to win!

This content was produced by Brand Ave. Studios. The news and editorial departments had no role in its creation or display. Brand Ave. Studios connects advertisers with a targeted audience through compelling content programs, from concept to production and distribution. For more information contact sales@brandavestudios.com. 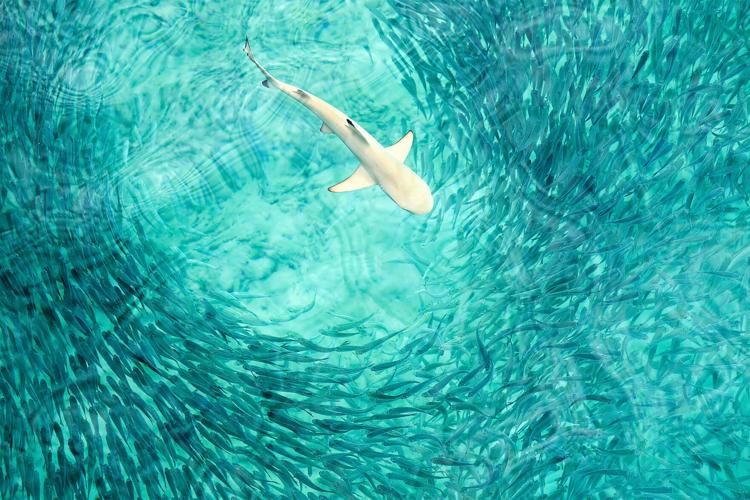 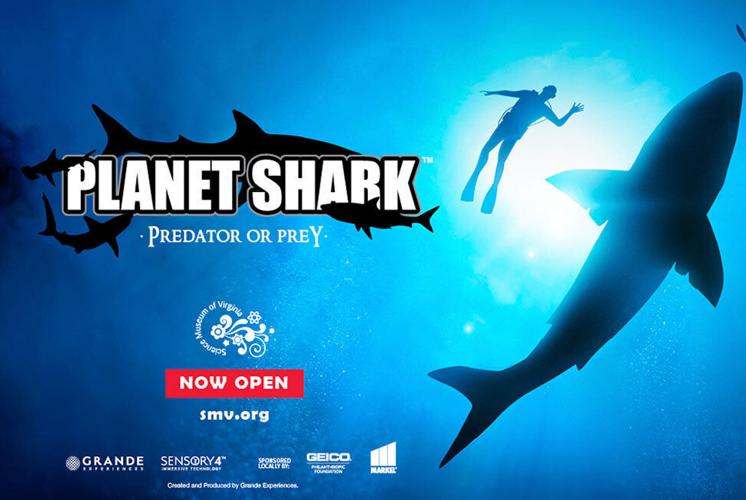