This month marks the 20th anniversary of Mike and Joan Gazeley buying the Bluffside Tavern at 2712 Main St., at the foot of Grandad Bluff in La Crosse.

The Gazeleys bought the tavern in July 2001 from Jim and Kristina Schultz, continuing a business that’s been around for more than 150 years. The tavern was built in 1868 to cater to quarry workers who toiled on Grandad Bluff.

“It’s a neighborhood bar,” Mike Gazeley said. “There just aren’t a whole lot of those left. And we’re proud of that.

“We didn’t want to have a big place,” Gazeley said, recalling when he and his wife were looking for a tavern to buy. “We wanted a place that would be more comfortable, one that we’d like to go to ourselves.”

Gazeley had been working for Western Distributing Co., the local Miller beer distributor. “So I had gotten to see the bar business from the other side,” he said. “One day I looked at the previous owner, Jim Schultz, a dear friend of mine, and said ‘If you’re ever ready to sell, let me know.’ And one day I walked in and he said ‘I’m ready.’ I said ‘Ready for what?’ And he said ‘To sell the bar.’”

Gazeley and Schultz negotiated — but not very hard, Gazeley recalled — for about eight months before reaching a purchase agreement.

With the Gazeleys’ purchase of the business, Joan closed the cleaning business that she had started a few years before. Before opening that business, she had worked at First Federal Savings & Loan in La Crosse for 15 years.

Joan is a La Crosse native. Mike grew up in Port Edwards, Wis., and came to La Crosse in 1977 to attend the University of Wisconsin-La Crosse. “I just loved La Crosse,” Mike said.

“We get a lot of neighborhood people,” Mike said of the tavern’s clientele. “We also get some college kids who are looking for an alternative to the downtown bars. We get good people, and the people are what always makes a bar, especially a neighborhood bar.

“We also get a lot of tourists,” Mike added. “We get a lot of people who have heard of the Bluffside because it’s been here so long. It’s one of the iconic bars in La Crosse, and we’re the oldest bar in La Crosse.”

The Bluffside Tavern has 14 beers on tap, as well as bottles and cans of beer. It also offers wine and distilled spirits.

Its food menu consists of frozen Mama K’s Pizzas made in La Crosse, along with peanuts, popcorn and chips.

Mike and Joan Gazeley have seen some changes in what sells at the tavern, in their two decades of operating it.

“Now you’re seeing more bottle and can sales of beer than draft beer,” Mike said. Draft beer used to account for more than half of all beer sales, he said. “And it’s still a big part of sales,” Mike said, but sales of canned and bottled beer have increased dramatically.

The Gazeleys also have seen an increase in the popularity and varieties of bourbons and other distilled spirits, such as vodka, rum and Irish whiskey.

Mike said he most enjoys “the people that we have met” because of owning the tavern. “We’ve become friends with them. That’s what a neighborhood bar is all about — having people from all walks of life coming in and getting along. That’s a Norman Rockwell painting in real life.”

In the 20 years that they’ve owned the business, the Gazeleys have expanded the tavern’s floor space by converting a former first-floor apartment into a second tavern room, and they added an outdoor patio.

They’ve also put on display inside a more than 100-year-old Gund Beer sign that had been painted on the building’s exterior. It was uncovered by a crew that was repairing damage to the building after a truck lost control while coming down Bliss Road and crashed into the tavern in August 2015.

Bluffside Tavern has won a number of awards in local contests in which the public votes on their favorite places. For example, in this year’s River Valley Media Group Reader’s Choice awards, it took first place in the categories of Best Legendary Neighborhood Bar and Best Place to Have a Cold Beer. It also took second place in the Best Place to Buy a Beer category.

WHAT: A neighborhood tavern that’s been owned and operated by Mike and Joan Gazeley since 2001. The building was constructed in 1868 and the tavern has been in business for more than 150 years.

HOURS: The tavern is open from noon until close Monday through Thursday and from 11 a.m. to close Friday through Sunday.

From Tribune files: Life in the La Crosse area in the 1970s

Here's a look at some former area bars that have closed for good.

The plan could flood the market with additional shares and dilute the stock, making it more expensive for a buyer to acquire a controlling stake.

The Best Reason To Take Social Security Long Before Age 70

Waiting until 70 means you get larger benefits, but it's not always the best approach.

Boyer’s Furniture has a new home — a brand new building at 1600 George St. — as the two buildings it occupied before will be razed soon to mak…

The UAW has voted down the latest offer from Deere and Co. aimed at resolving a strike. 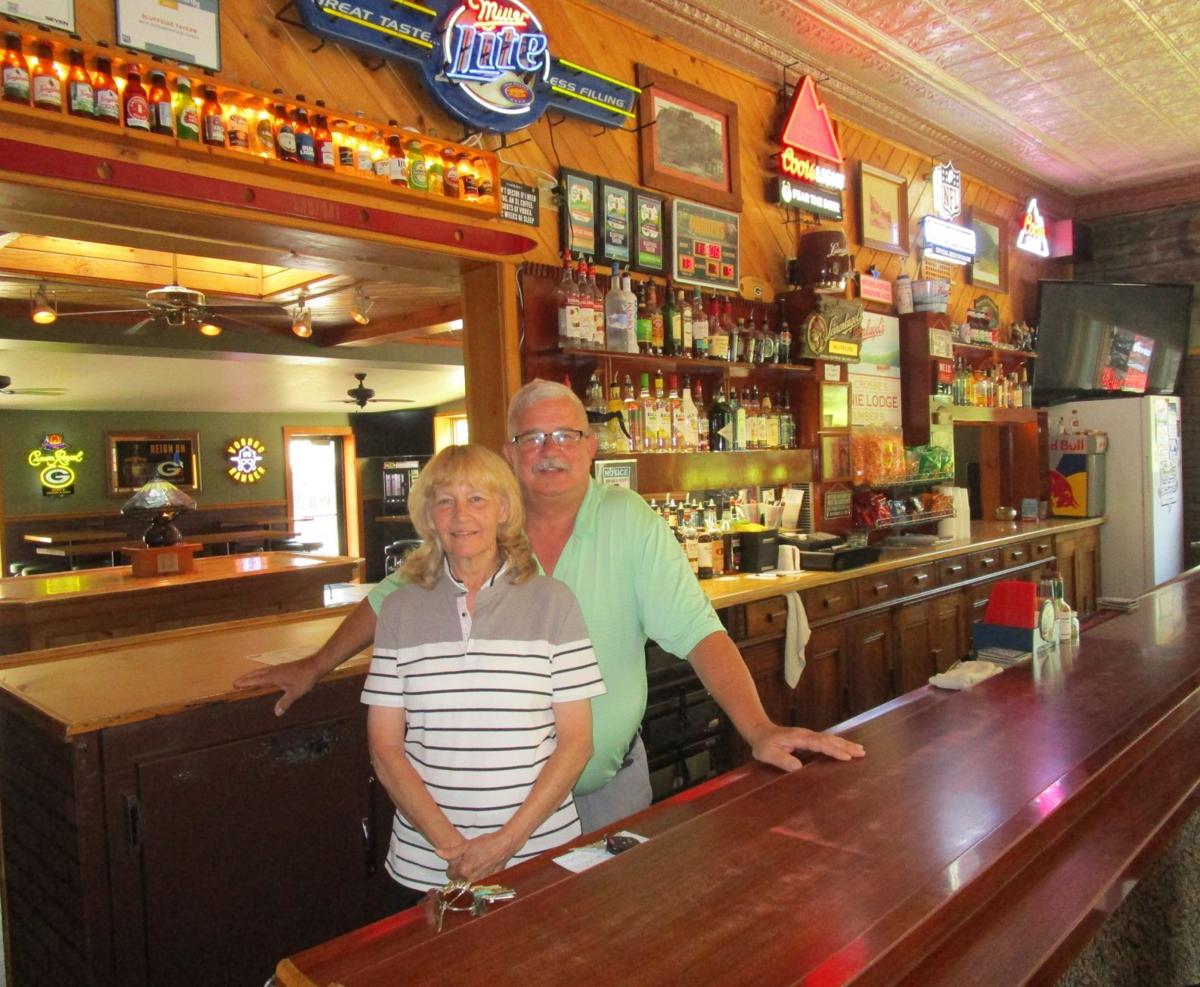 Joan and Mike Gazeley, above, have owned and operated the Bluffside Tavern at 2712 Main St. in La Crosse for 20 years. Built in 1868, the tavern has been in business for more than 150 years. 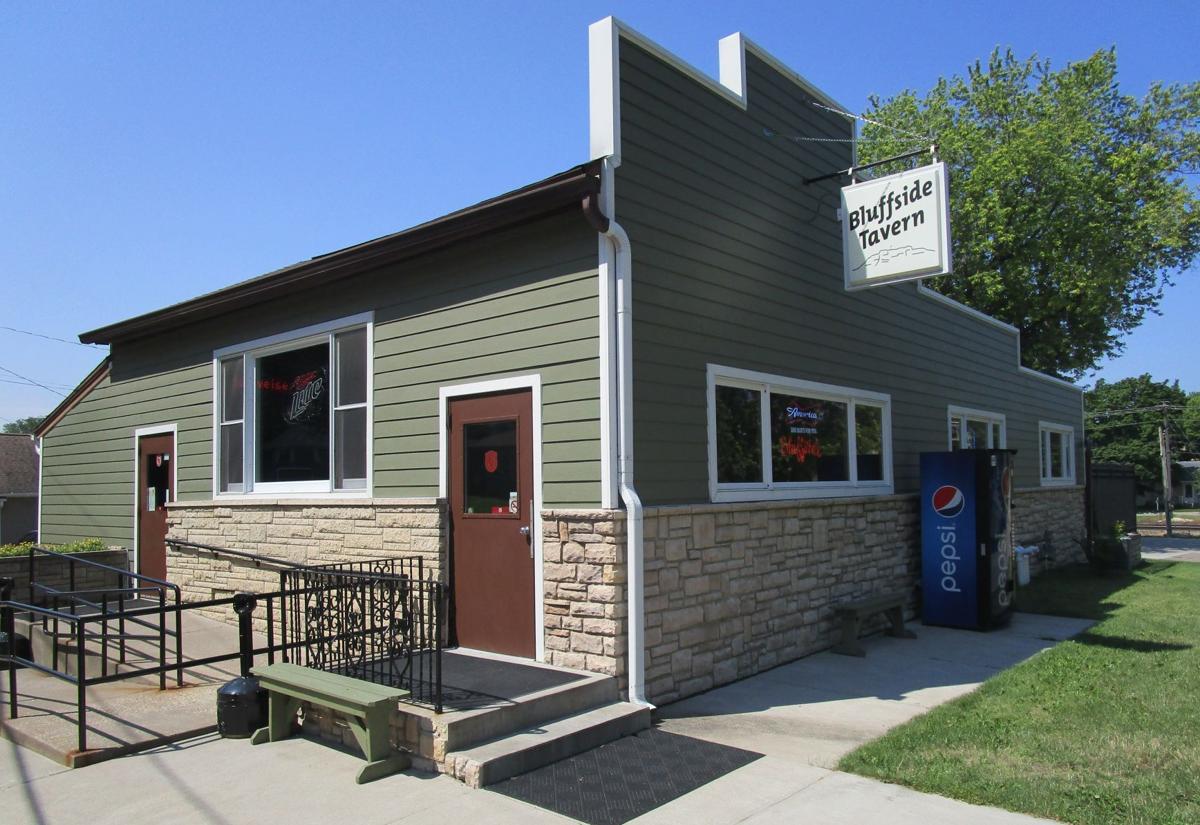 The Bluffside Tavern at 2712 Main St. in La Crosse was built in 1868 and has been a bar for more than 150 years. It was originally built to cater to quarry workers on Grandad Bluff.