That’s when an artisan bakery and a gelato cafe are to open in the former Dave’s Pizza building at 113 S. Main St.

Amy Petrozzini, who bought and remodeled the building, will own and operate Magpie Gelato with the help of four of her children — Maggie, Oarin, Nanuka and Iyla. Besides gelato made in the cafe, the new business will sell a variety of coffee beverages and tea, as well as hot chocolate, milk shakes, smoothies, savory crepes and sweet crepes. And it will carry gift items, including creations by local artisans.

Gelato is made mostly with milk rather than cream and is churned slower, incorporating less air and leaving gelato more dense than ice cream.

Meanwhile, Matt Kronschnabel and Natalie Hinahara will own and operate Bard Bread & Pastry behind the gelato shop. Their bakery will sell a variety of naturally leavened breads as well as cookies and pastries. And their products will be made with sourdough starter.

The gelato cafe has had soft openings on a few recent weekends to prepare for Saturday’s official opening. It has inside seating with social distancing, and staff members are wearing masks as precautions against coronavirus.

Magpie Gelato will have 12 flavors of gelato to start with. “I’m guessing we’ll probably go down to six in winter,” Petrozzini said. “We’ll pretty much always have the standard vanilla, chocolate and maybe one nut variety like pistachio or hazelnut, and a variety of others. And we’ll always have a sorbet as well.” Some of the most popular gelato flavors at the soft openings have been mint chip, peaches and cream, and pistachio.

The cafe will use locally sourced ingredients, such as Organic Valley dairy products, as much as possible, Petrozzini said.

Petrozzini, whose family moved to Viroqua from the Chicago area about six years ago, said her family has always enjoyed finding gelato cafes during their travels.

“I lived in Italy for a year when I was a teenager, and that’s where I first discovered my love of gelato over ice cream,” she said. Stopping at gelato shops while traveling “is something fun we can do together.”

Petrozzini said she was interested in opening a gelato cafe because Viroqua didn’t have one, she loves spending time with her children, and the cafe will be a place for people to go to.

She is glad to have the bakery as a tenant in her building.

Besides being a retail bakery, consumers will be able to subscribe to Bard Bread & Pastry, and it also will wholesale items to customers such as the Viroqua Food Co-op and the Wonderstate Coffee cafe in Viroqua, Kronschnabel said. The bakery’s subscription service will allow its members to pick up their products at the bakery, at the local farmers market and future additional locations. Also, home delivery will be available in the Viroqua area for subscription members.

Because of the coronavirus pandemic, Kronschnabel for now is asking that customers use the bakery’s curbside service, rather than enter the bakery. Information on its baked goods is available on the bakery’s website and on its Facebook page.

Kronschnabel said his passion for baking began in 2016 when a friend wanted to make some bread. He began a small subscription service in 2018 and decided he was ready to open a retail bakery. “It made sense to do this here because there’s not really anything in Viroqua like what we’re doing,” he said.

Kronschnabel was raised in Mendota Heights, Minn., while Hinahara grew up in Middleton, Wis. They moved to the Viroqua area in January 2018, mainly to start an organic farm with a few friends.

Hinahara is a painter, printmaker and graphic designer. At the bakery, she focuses on marketing, customer relations and events, while Kronschnabel focuses on baking.

Kronschnabel said the bakery’s naturally-leavened bread products are fermented anywhere from six to 18 hours after levain is added to the dough. This allows for a more nutritional and flavorful product with greater shelf stability.

Hinahara said using locally sourced ingredients as much as possible is important to her and Kronschnabel. “We buy our flour from Meadowlark Organics in Ridgeway,” she said.

WHAT: An artisan bakery owned by Matt Kronschnabel and Natalie Hinahara.

HOURS: The bakery’s retail hours will be 4 to 7 p.m. Wednesday through Friday, and on Saturdays it will be at the local farmers market. After the farmers market season ends, the bakery also will be open from 9:30 a.m. to 1 p.m. on Saturdays.

WHAT: A gelato cafe owned by Amy Petrozzini. After soft openings on a few recent weekends, it will officially open Saturday.

CASHTON — The tasting room in the new St. Mary’s Distillery, on St. Mary’s Ridge seven miles east of Cashton, is offering cocktails made with …

Steve Cahalan: New Nutbush, Ashley HomeStore are in the news

This week’s reopening of Nutbush City Limits in its new building, remodeling of the former Toys R Us store in Onalaska into an Ashley Furnitur…

CASHTON, Wis. — Fifteen years after it began, and two years after a flood washed away its century-old former tobacco barn with recently-painte…

BANGOR, Wis. — Wyatt Bicycles, a bicycle manufacturer in Bangor, will represent Wisconsin in the fourth annual Made in America Product Showcas…

A large dairy farm in La Farge, Wis. has plans to expand operations, causing concern for its neighbors who have been downstream from two manure spills from the farm in the last three years.

The opening of the area’s first Noodles & Co. restaurant, and plans for a Chipotle Mexican Grill restaurant and for a new craft soda busin…

Citing an increase in area coronavirus cases, and acknowledging that an employee has tested positive, a Noodles & Co. spokeswoman said Tue…

How to set up a good homeschool environment 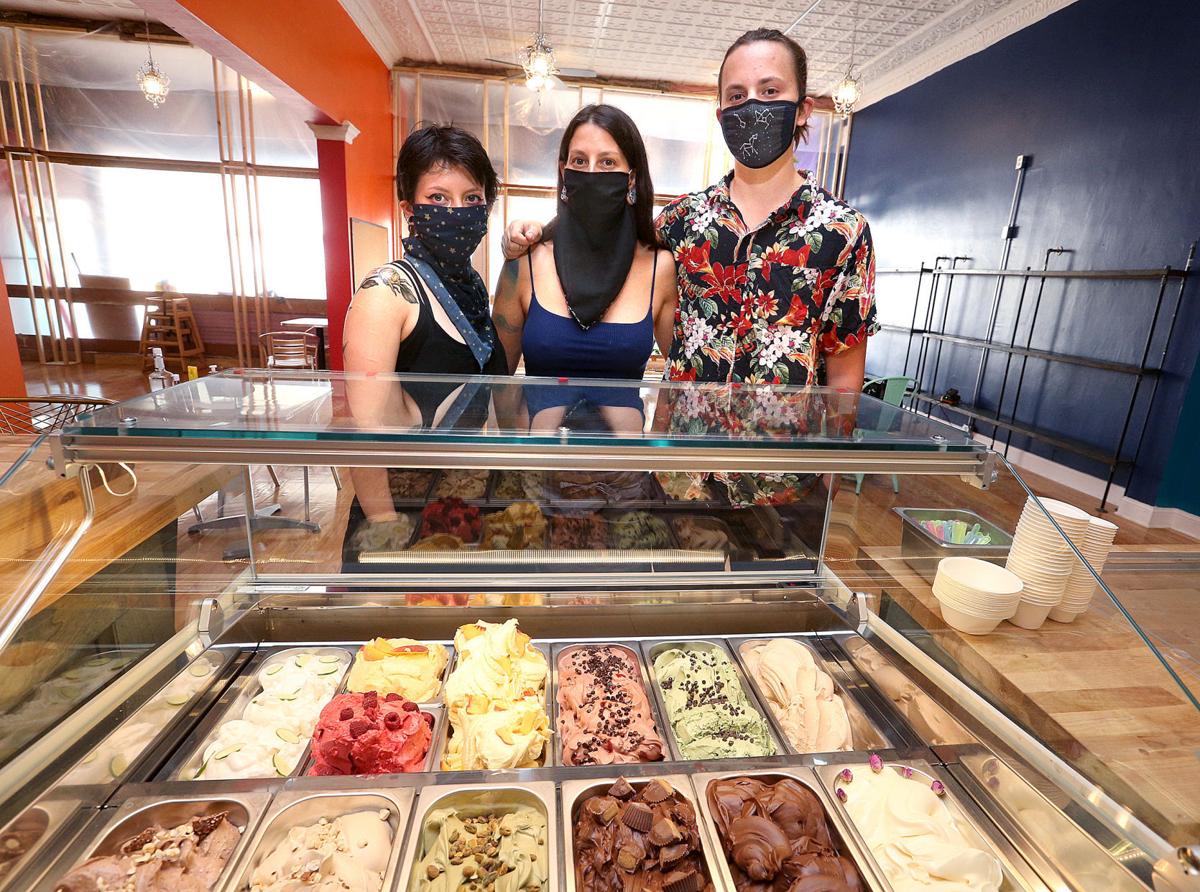 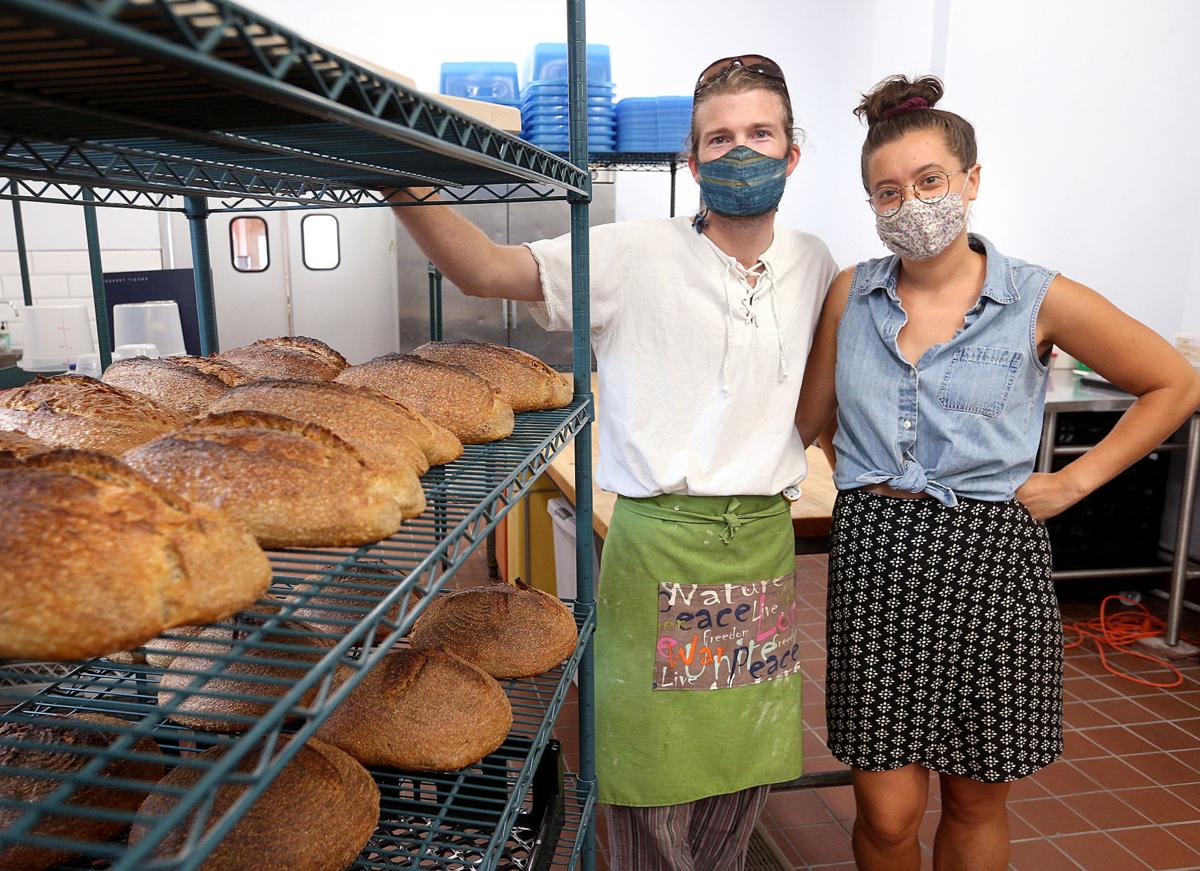 Matt Kronschnabel and Natalie Hinahara are operating Bard Bread & Pastry out of the same storefront as Magpie Gelato at 113 S. Main St. in Viroqua.