The restaurant at 214 Main St. is in a new building constructed by and leased from Dave and Barb Skogen, next to the community park that the Skogens are creating along Second Avenue South/Highway 35, between Main and Irvin streets. The Skogens hired DBS Group of Onalaska as general contractor for the park and restaurant.

WHAT: A new restaurant owned by Matt Boshcka, who is leasing the building from owners Dave and Barb Skogen. It opens Monday.

WHERE: 214 Main St., near the intersection of Highway 35 and Main Street in downtown Onalaska.

HOURS: David Reay’s will open at 11 a.m. daily. Its kitchen will be open until 10 p.m. Sunday through Thursday and until 11 p.m. Friday and Saturday. The bar will remain open until closing time.

The David Reay’s restaurant name comes from Dave Skogen’s first and middle names. It also honors the late Dr. George Reay of Onalaska, who delivered Dave Skogen in 1942, after driving his mother to a La Crosse hospital during a snowstorm while Skogen’s father was on his milk delivery route. Dave Skogen is chairman of the Skogen family’s Festival Foods supermarkets business.

The new restaurant’s interior has what Boshcka calls a modern-day industrial look that features refurbished wood from a century-old barn, black subway tiles, a large fireplace and lots of photos of local scenes from many years ago. There also are six large-screen televisions.

Boshcka said the new restaurant can seat about 150 people inside and about 55 on its four-season heated outdoor patio, which is expected to open within a couple weeks.

“David Reay’s has a very family-friendly vibe,” Boshcka said. “But it also will be a place where you can come and watch the game (on TV) and have a good time with your friends as well.”

Boshca said the restaurant puts a modern spin on the old-school diner experience. “It’s a perfect combination of home cooking, comfort food and a lively tavern,” he said.

He predicted some of the most popular menu items will be jumbo molten meatballs, walleye sliders, braised brisket and loose beef slow-cooker sandwiches, pot roast dip sandwiches and three kinds of Diner Dogs – including The Dash Dog – which is a bacon-wrapped hot dog topped with a house sauce, caramelized onions and cheese curds, served on a choice of soft pretzel, sweet Hawaiian, hoagie or gluten-free bun.

Some other menu items include an all-day brunch selection that features a diner scramble bowl, chicken and waffles, and a meatloaf omelet.

David Reay’s menu also has a dessert section with such things as New York cheesecake, ice cream from The Pearl Ice Cream Parlor and homemade pies from addiecakes. The latter two businesses are in downtown La Crosse.

Items on the kids meals part of the menu each come with a scoop of ice cream from The Pearl.

Most of the items on David Reay’s menu are made from scratch using fresh, regional ingredients, as well as high-quality cuts of meat, Wisconsin cheeses and fresh-baked breads, Boshcka said. The menu caters to most diets including meat eaters, vegetarians, vegan, gluten-free and low-carbohydrate, he said.

As for beverages, David Reay’s has 16 beers on tap, mostly craft beers from Wisconsin and Minnesota, Boshcka said. There’s also a large selection of wines and whiskeys, as well as vodkas, tequilas and bottled beer. And there are homemade sodas.

The restaurant has more than 60 employees.

Boshcka owns the new business by himself. He also is co-owner of Dublin Square Irish Pub & Eatery, the two Burger Fusion Co. restaurants in La Crosse and the Valley High Golf Club near Houston, Minn.

2017 People of the Year: Dave and Barb Skogen

Philanthropists and longtime grocers Dave and Barb Skogen aren’t finished with their decades of giving back to the area and its people.

“I’ve always highly admired Dave and Barb Skogen,” Boshcka said of his decision to open the restaurant. “I read that he was looking for a restaurateur to help with this project. I immediately reached out to him and had lunch with him at Dublin Square. The concept I pitched to him, which I thought would be perfect for the park, was the diner/tavern concept.

“I wanted to do the project in particular because I knew this was going to be a very lively area moving forward in the future,” Boshcka said. “And I wanted to be right in the beginning stages of that, versus jumping in 10 or 15 years from now.”

Boshcka said he is “extremely excited” to be opening David Reay’s.

“I think we bring something that’s new, exciting and novel to the area,” he said. “It’s something I think people in Onalaska are going to enjoy in the years to come.”

The restaurant will be involved in the community, he said, and will hold nights for nonprofit organizations that will receive part of the proceeds, he said. The staff also will be active in volunteering and other community activities, he said.

Places of the past: La Crosse area restaurants you'll never eat at again

Ruben and Casey Anderson have started Yolenda Inc., which launched its Yolenda platform on Feb. 10.

For the second week in a row, there’s more news about local business closings than openings.

VIROQUA — The owners of Viroqua-based Wisco Pop, which began in 2012, say sales of their organic beverages have grown significantly since they…

This week, there’s more news about local closings than openings.

WESTBY — A year after celebrating the 10-year anniversary of buying and reopening Borgens Cafe in downtown Westby, Blane and Mary Charles are … 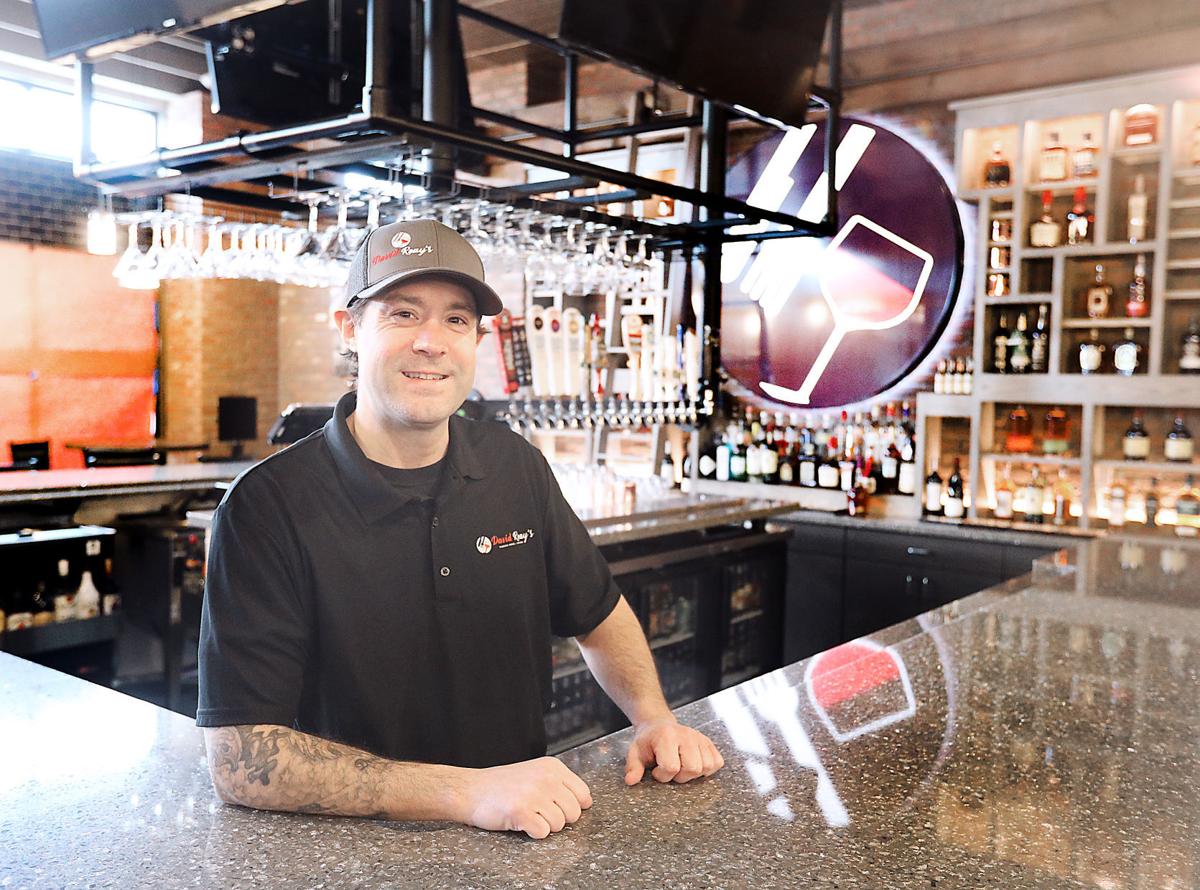 Matt Boshcka is opening David Reay's Modern Diner and Tavern at the corner of Second Ave. and Main Street in Onalaska. 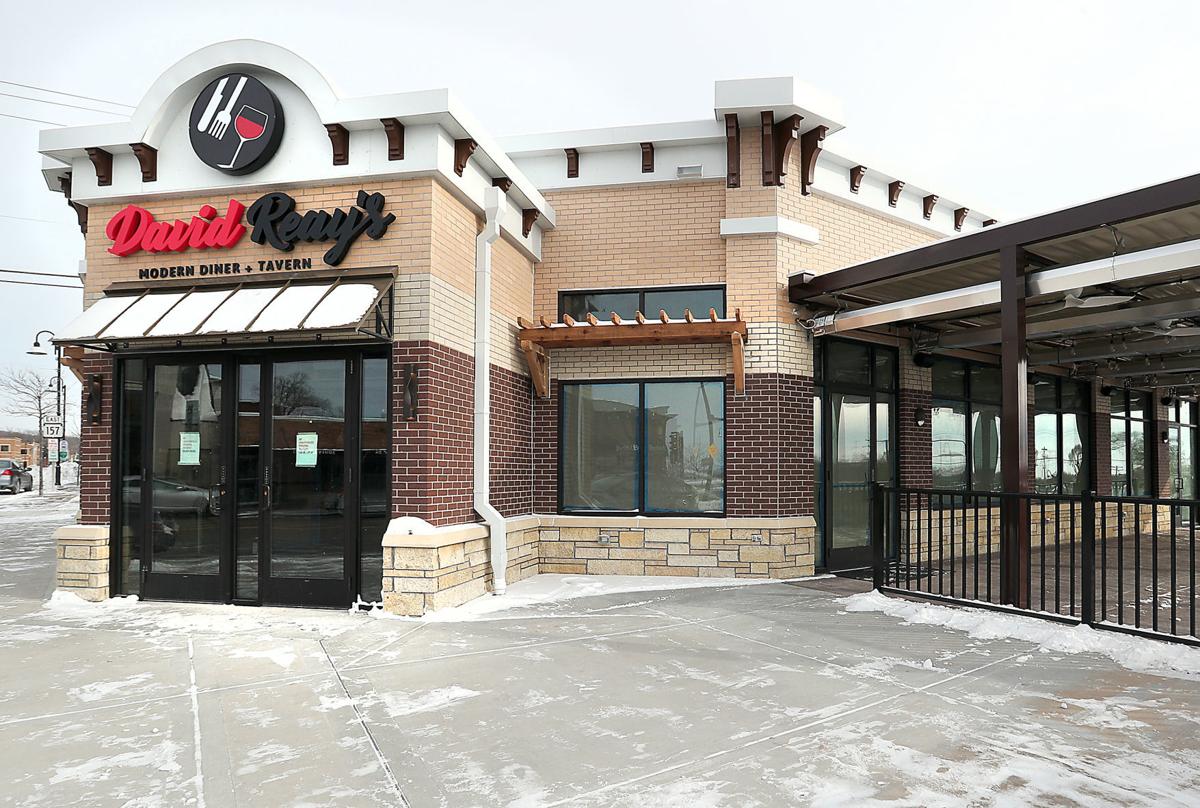 David Reay's Modern Diner and Tavern at the corner of Second Ave. and Main Street in Onalaska.