ONALASKA — Compared with its previous location, there’s much more to see at the new HotSpring Spas & Pools building that opened Friday at 3270 N. Kinney Coulee Road, between the Microtel and Baymont Inn & Suites hotels, near Woodman’s Food Market in Onalaska.

Melissa Hutzenbuehler and her former husband, Casey Staige, opened the business in 2003 along Mormon Coulee Road in La Crosse, and moved it in 2008 to a leased location at 576 Theater Road in Onalaska.

Hutzenbuehler said she and Staige decided to build at the new location so they could own their own building, and because the business had outgrown its 10,000-square-foot Theater Road quarters. Wednesday was the store’s last day open at the Theater Road location.

“We have more (products) on display here and it has a more open atmosphere,” Hutzenbuehler said of the new building, which has about 12,000 square feet of indoor space as well as a 3,000-square-foot outdoor display area.

People can get in the hot tubs when they’re operating, to try them out. “I call it a wet test,” Staige said.

Hutzenbuehler said she and Staige chose the new site because “it fit the size of the building we wanted. And there’s exposure along the interstate (90) and this area is so busy.”

The Onalaska business has 11 employees, including the owners, and Staige expects to add more in the near future. Its busy season begins in April, he said.

“Our busiest time is spring through fall,” Hutzenbuehler added.

The owners’ daughters, Amanda and Brooklyn, also work at HotSpring Spas & Pools. And so do the owners’ spouses, Jay Hutzenbuehler and Dawn Staige.

“Melissa and my wife are best friends, and I get along well with her husband,” Staige said. “It’s crazy, but it works.”

The two couples even vacationed together in Cancun, Mexico, two years ago. And they join in family gatherings at the Hutzenbuehler home every Fourth of July.

Staige is a Holmen native. Hutzenbuehler was born in Dubuque, Iowa, and moved to Holmen after her father, Fred Frick, became Holmen School District superintendent in 1990. Frick retired from that post in 2008.

While both are proud of still being able to work together well, Staige and Hutzenbuehler also enjoy other aspects of the business.

“I enjoy the challenge (of owning a business) and working with our employees,” Staige said. A number of the store’s employees have worked there for a long time, he said.

Hutzenbuehler said she enjoys seeing customers being pleased with their purchases. HotSpring draws customers from as far away as Tomah, Black River Falls, Viroqua and Prairie du Chien.

“One of the big reasons (for the store’s success) is that we offer a ton of product choices,” Staige said. “And it’s always a comfortable situation — no one’s pushy.”

“We get a lot of repeat customers,” Hutzenbuehler said. “We’ve had a really good reputation and take care of our customers.”

WHERE: The store’s new, much larger location opened Friday at 3270 N. Kinney Coulee Road, between the Microtel and Baymont Inn & Suites hotels, near Woodman’s Food Market in Onalaska.

WHO: Owners Melissa Hutzenbuehler and Casey Staige started their business in 2003 in La Crosse and moved it to Onalaska in 2008. 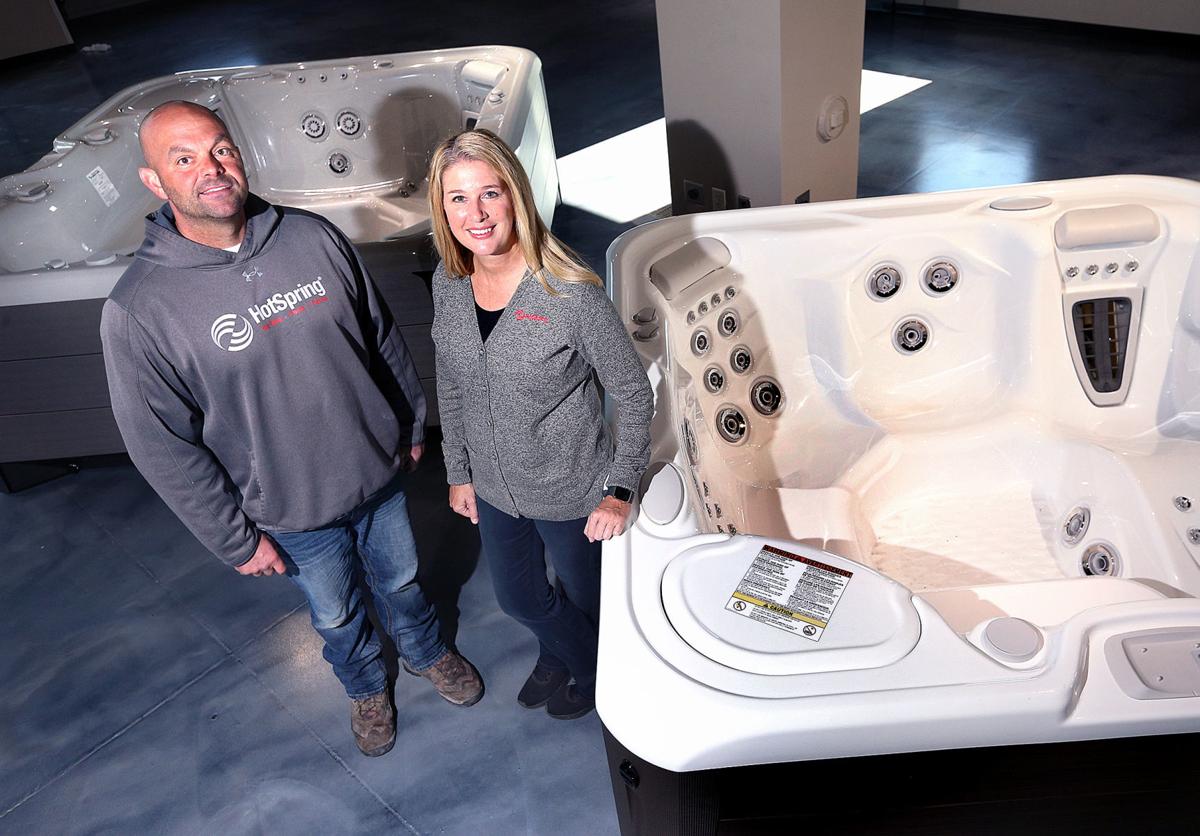 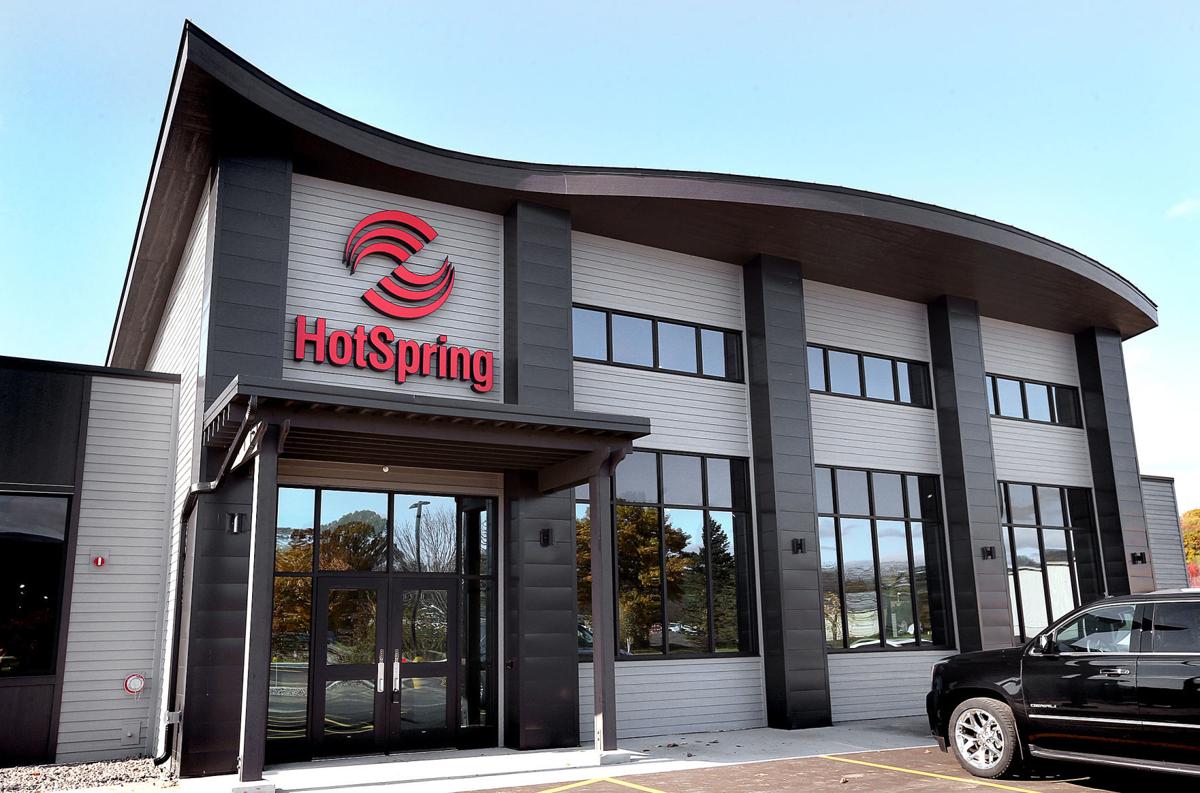