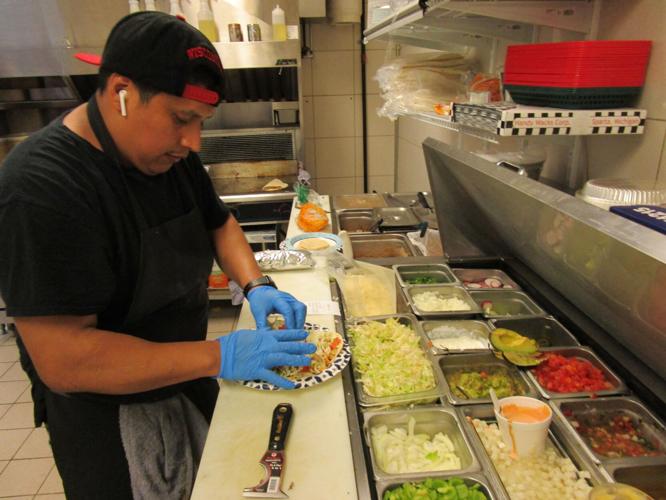 Adan Feliciano, a cook at the new Super Street Tacos restaurant in West Salem, prepares quesadillas and tacos in the restaurant's kitchen 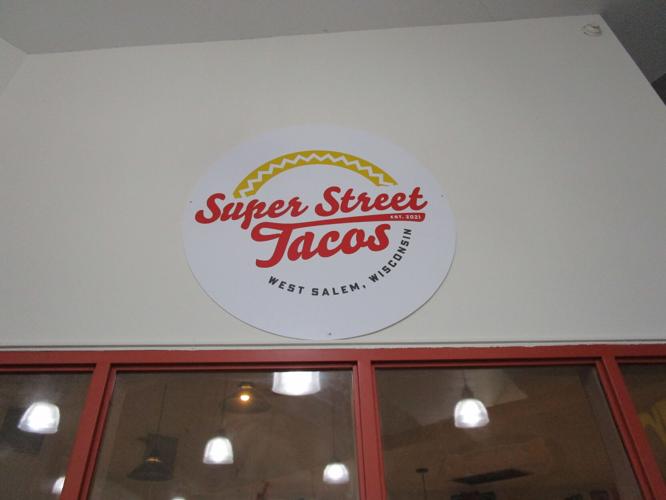 A Super Street Tacos sign hangs above the restaurant's entrance.

The number of Mexican restaurants in the greater La Crosse area continues to grow.

Members of the Guerrero family have opened their third Super Street Tacos, in the Lloyd’s Speedstop building at 83 Buol Road, at the Interstate 90 exit in West Salem.

The new Super Street Tacos opened June 7 in the former location of Pappi’s Taqueria y Mas, a Mexican restaurant that closed in February. It offers such fare as tacos, burritos, quesadillas, tortas, chimichangas, nachos and fries.

The West Salem restaurant is owned by Luis J. Guerrero, his sister Carolina Guerrero, their father Luis A. Guerrero and Luis A.’s brother, Gabriel Guerrero, who manages the new location.

Luis J. and his father opened the first Super Street Tacos in July 2021 at 433 N. Water St. in Black River Falls. They and Carolina opened the second one last October at 1800 State St. in La Crosse.

“We already were in the area (with other restaurants) and heard that Pappi’s was closing its doors,” Luis J. said of the decision to open a third location. “When we spoke to the owners of the Lloyd’s Speedstop station, they were able to accommodate us and give us very flexible terms. It was kind of a low-risk business opportunity.”

In Rochester, Erik Kleven and Jennifer Lester opened the Bleu Duck Kitchen restaurant in 2016. They’ve applied to the city of La Crosse for a conditional-use permit that would allow them to apply for a beer and liquor license for Pato Azul – which is Spanish for “blue duck.”

Lester told me last week that she hopes to open Pato Azul around Sept. 1, depending on how soon it can get a beer and liquor license. She said the restaurant will feature authentic Mexican cuisine with a Spanish twist and quick-service style. It also will offer craft cocktails, boutique-style wines and beer.

It will be in the former location of the Fat Porcupine, which closed in July 2020, citing the impact of the COVID-19 pandemic. It had opened in December 2019.

Kyle Stalsberg has opened Badger Breaks, an online business that started in 2017, and Badger Sports Shop, a brick-and-mortar store, at 336 Second Ave. S., along Hwy. 35 in Onalaska.

Stalsberg offers sports card breaks, which is a way for collector and investors to buy a small part of an entire case or box of cards (usually an entire team) at a smaller cost, as opposed to purchasing a full case or box and keeping all of the cards.

“A box or case break is when we open a case or box for a group or individuals,” Stalsberg said. “The breaks are done via live broadcast on any live stream platform. Everyone involved has the opportunity to see the whole case or box and share the excitement and fun with everyone. This type of service is a more affordable way to get high-dollar cards without having to spend big money.”

Stalsberg added, “We are one of the leaders in the industry in the Midwest and recognized nationally. Globally as well, as we have customers all over the world.”

While breaks are the main part of his business, Stalsberg said, it also sells a variety of cases, boxes and packs and has a high-end sports lounge with six televisions. Besides sports cards, the store also sells Pokemon items, supplies and other memorabilia. “We are aiming for a July 21 grand opening” with giveaways, Stalsberg said.

“We have a season-long promotion with the (La Crosse) Loggers and July 14 is Badger Sports Shop/Badger Breaks Night at the ballpark,” he said.

Store hours are noon to 8 p.m. Wednesday through Sunday. For more information, call 608-615-1515 or visit www.badgerbreaks.com or Facebook or Instagram.

Annie and Keith Weigel have purchased the Bluffside Tavern, the oldest bar in La Crosse, from Mike and Joan Gazeley effective July 1.

The tavern at 2712 Main St. was built in 1868 to cater to quarry workers who toiled on Grandad Bluff. The Gazeleys, who bought it in July 2001, are retiring from the business.

Annie Weigel has been a bartender at the Bluffside Tavern for the past nearly 19 years and her husband is project manager at Poellinger Electric.

“It’s an icon in this town,” Annie said of the couple’s decision to take over the business. “This bar belongs to its regulars, to the neighborhood. Generations of people have been coming here, from all walks of life.”

Weigel said no major changes are planned at Bluffside Tavern. “We don’t fix what isn’t broken,” she said.

The tavern’s hours will remain noon to close Monday through Thursday and 11 a.m. to close Friday through Sunday, Weigel said.

She and her husband plan to celebrate the change in ownership with an event sometime this summer.

The Supreme Court's decision to overturn Roe has catapulted businesses into the most divisive corner of politics. Here's how they're responding.

4 items for your midyear money checklist

Heading into the second half of 2022, it's a good time to pause and check in on your financial life.

Is now the right time to buy a home with rising interest rates? | PennyWise podcast

🎧 Interest rates are rising but that doesn't mean you should stop searching for a home. Listen to PennyWise for tips before you get a loan.

Under a proposed consent agreement with the agency, the companies will be prohibited from telling customers that their warranties will be voided if they use third-party services or parts, or that they should only use branded parts or authorized service providers.

The area’s first Scooter’s Coffee drive-thru is expected to open by the end of this month north of the Dairy Queen restaurant in Onalaska.

🎧 Are high prices and inflation taking a big bite out of your budget? These yard sale tips can help you make some extra cash this summer!

Is the S&P 500 All You Need to Retire a Millionaire?

Investing in the broad market could serve you well, but it's also worth looking at other options.

Monkeypox: What we know about the virus as the WHO considers if the outbreak is an 'emergency'

Adan Feliciano, a cook at the new Super Street Tacos restaurant in West Salem, prepares quesadillas and tacos in the restaurant's kitchen

A Super Street Tacos sign hangs above the restaurant's entrance. 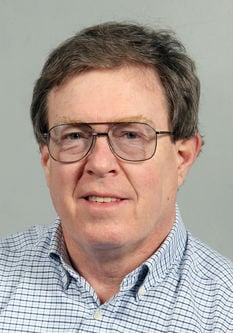