Thursday was opening day for the 2022 Major League Baseball season, after team owners and the players union reached a five-year labor agreement on March 10 that brought a 99-day owner-imposed lockout to an end.

But the uncertainty during the lockout had a “pretty dramatic” effect on Jay Buckley’s Baseball Tours in La Crosse, which is celebrating 40 years in business this year, Matt Thornton said.

The baseball tour business typically takes about 1,100 people per year to major league baseball games around the country, said Thornton, who with his wife Stephanie bought it from Jay Buckley in 2010. “November through March is when we get 90 percent of our sign-ups,” he said.

“People were very hesitant to sign up (this past winter) because they didn’t know whether there would be a season,” Thornton said. “So the longer the lockout went on, the more people chose something else for the summer. So it will be a challenging year for us” although the business experienced a spurt in sales once the labor agreement was reached.

“Last year we were able to do most of our trips, but attendance was down (to about 700) because you had limited capacity at the stadiums and because many people weren’t comfortable with traveling” because of COVID-19, Thornton said.

And with the outbreak of COVID-19 in the United States in early 2020, “We had only one tour in 2020 and that was spring training,” Thornton said. Major League Baseball teams went on to play a 60-game season in 2020 without fans in ballparks.

Thornton predicted attendance on Jay Buckley’s Baseball Tours this year will be about what it was in 2021. But he expects it to return to normal for the 2023 season, because the new five-year MLB labor agreement is in place.

The tour business had scheduled 24 Major League Baseball trips this year, but canceled the first two — March trips to Arizona and Florida spring training games — because of the lockout and shortened spring training season.

Jay Buckley’s Baseball Tours will begin this season with a May 28-30 trip to three games in Chicago and St. Louis. Its last trip this year will be to the Arizona Fall League, which features top prospects in each team’s organization. The fall league features “basically the stars of tomorrow,” said Buckley, who is still active in the business that he sold to Matt and Stephanie Thornton.

The La Crosse business began in 1982, said Buckley, a longtime school teacher and administrator who was assistant baseball coach at Central High School in La Crosse for 29 years under head baseball coach Frank

“I’m a baseball nerd,” Buckley joked, adding that he made lots of trips to major league baseball games before the business started. “I had so much fun, I thought other people would enjoy this,” he said. He and Jim Olson, who at the time owned the Alpine Inn, started the business. Buckley became its sole owner in 1985.

“He does all the fun stuff,” Matt Thornton said of Buckley, while laughing. “He helps us plan all of the trips (for the coming season) in the fall. Jay’s been doing it for many years and is the master at it. And then he helps guide trips, focusing on the East Coast trips. So any particular year, he’ll be on the road for seven to nine trips.”

“We get customers from all over,” Thornton said, from throughout the United States and often from nations such as England, Norway, Japan, Germany, France and Australia.

In the tour packages, Thornton said, “We include all of the ground transportation, the hotel rooms, breakfast every morning, the game tickets.” Some packages also include stadium tours, sightseeing tours of cities and tickets to various attractions.

“The big three are still Wrigley Field, Fenway Park and Yankee Stadium,” Thornton said. “People still want to go to those.” And some customers have a goal of seeing games in all 30 Major League Baseball parks, he said.

WHAT: A business that takes people on tours to major league baseball games around the country. The La Crosse-based business began in 1982 and is celebrating 40 years in business.

WHO: Matt and Stephanie Thornton have owned the business since 2010, when they bought it from Jay Buckley. Buckley remains active in the business, and leads several tours each year.

Kelly Gardner is even happier to have more room, as she reopens her Create Happy Gift Shop on Thursday in the former Road Side Drive-In buildi…

Ulta, T.J. Maxx, HomeGoods, Sierra and Five Below are the five retailers expected to open by Thanksgiving in the former Shopko department stor…

The Solberg family, which has operated Sparta Floral & Greenhouses since 1945, has opened its new and much larger floral and gift shop at …

US adds a surprisingly strong 517,000 jobs despite Fed hikes

U.S. employers added a robust 517,000 jobs in January in a sign of a still-strong labor market despite Fed rate hikes. 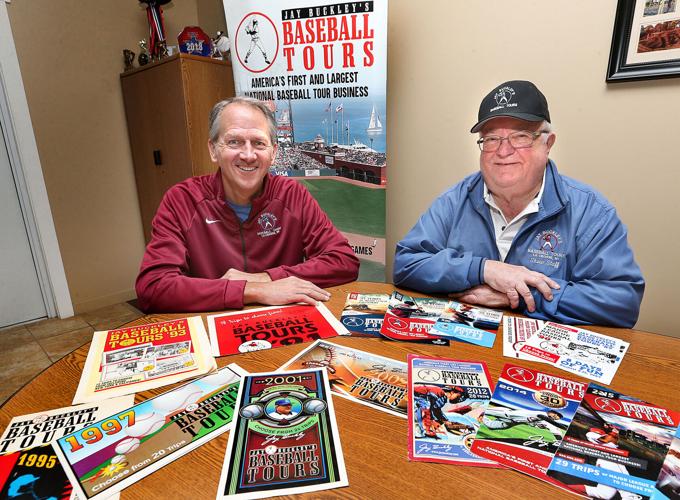 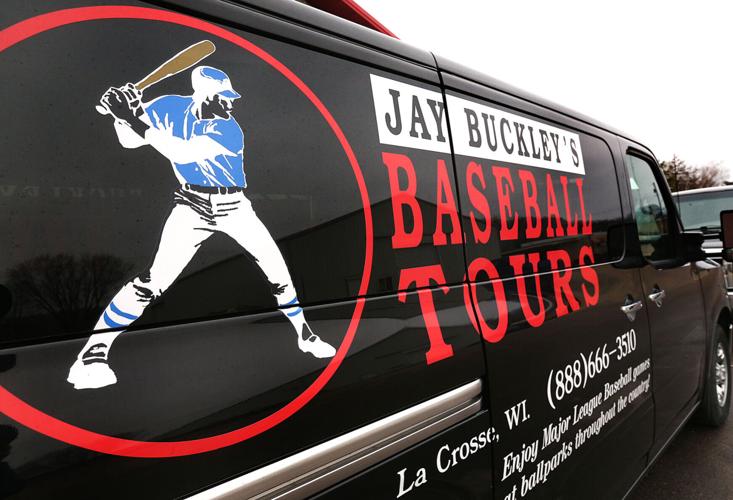