VIROQUA — Two years after it began selling salamis made with its recipes by other producers, Driftless Provisions anticipates major sales growth with the opening of its own production facility in leased space in the Food Enterprise Center at 1201 N. Main St. in Viroqua.

Driftless Provisions began making its dry-cured salamis in the Viroqua facility in February and is starting to make another product – pepperoni. It’s also in the process of installing a smokehouse that will allow it to soon begin making smoked products – which could include such things as bacon, sausage, jerky and snack sticks.

“We expect sales to increase quite a bit, now that we have production in-house, and with the addition of Spencer (Schaller) as our director of sales,” said Ryan Wagner, who with his friend Justin VerMeer founded the business in 2017 and began selling its salamis in 2019. “We have more boots on the ground to generate accounts.”

Wagner also thinks sales to restaurants will increase this year, as more people get vaccinated against COVID-19 and resume dining out.

Driftless Provisions had more than $100,000 in sales last year.

Schaller joined the two founders as a third owner in January, after two years as executive chef at the Restore Public House restaurant in La Crosse.

He and Wagner became friends several years ago, when both worked at the Driftless Cafe in Viroqua.

Driftless Provisions is wholesaling its salamis to about 40 customers, mostly in Wisconsin, Minnesota, Iowa, South Dakota and Illinois. It also sells its products directly to consumers on its website.

In this area, the company’s salamis are available at The Charmant Hotel in La Crosse, the People’s Food Co-op in La Crosse and at the Viroqua Food Co-op.

Its newest product – pepperoni – is made with pork and beef.

So far, its biggest-selling salamis include Spicy Finnochiona, Saucisson Sec and Finnochiona.

Sales of Spicy Finnochiona have increased since that salami received a Good Food Award from the Good Food Foundation in January. The awards recognize food products for quality, sustainability and socially responsible production.

By making their products in their new Viroqua facility, rather than having another meat business make them, the three owners will be able to hire local people and buy local ingredients. They have about five part-time employees now.

With the new facility, Driftless Provisions also will be able to support local farmers and producers through private labeling and custom processing.

The dry curing process it uses involves hanging the salamis for as long as it takes to achieve ideal dryness and consolidating flavors. Dry curing results in a prolonged shelf life, excellent sliceability and superb flavor, VerMeer said. “It tastes best at room temperature, and sliced thin,” he said of Driftless Provisions salamis.

With dry curing, Wagner said, “It keeps best in refrigeration as far as longevity, but it’s a go-anywhere product. We like to take (dry-cured salami) backpacking and on canoe trips.”

WHERE: In the Food Enterprise Center at 1201 N. Main St. in Viroqua.

WHO: The business is owned by Justin VerMeer, Ryan Wagner and Spencer Schaller.

What the Colonial Pipeline Hack Means for Fuel Supplies

How to fill in your financial blind spots

Also, check out more of the week's best financial tips from experts at NerdWallet, Forbes and the Motley Fool.

Why collect less money than you could from Social Security? Here are some ways to beef up your benefits.

Simon Wu and his wife, Joolin, opened their Sushi Pirate restaurant in 2012 in the Powell Place building at 200 Main St. in downtown La Crosse…

The Rudy’s Drive-In in Sparta will have new owners when it opens for the season on May 1.

How Marriage Can Affect Your Student Loans

If you or your future spouse went to college, it’s highly likely you will have to deal with student loans. According to the Federal Reserve Bank of St. Louis, 46% of young married couples had student loan debt in 2016, triple the share of couples that had student loans in 1989. What happens to student […]

It's sometimes possible to double your money without risk. 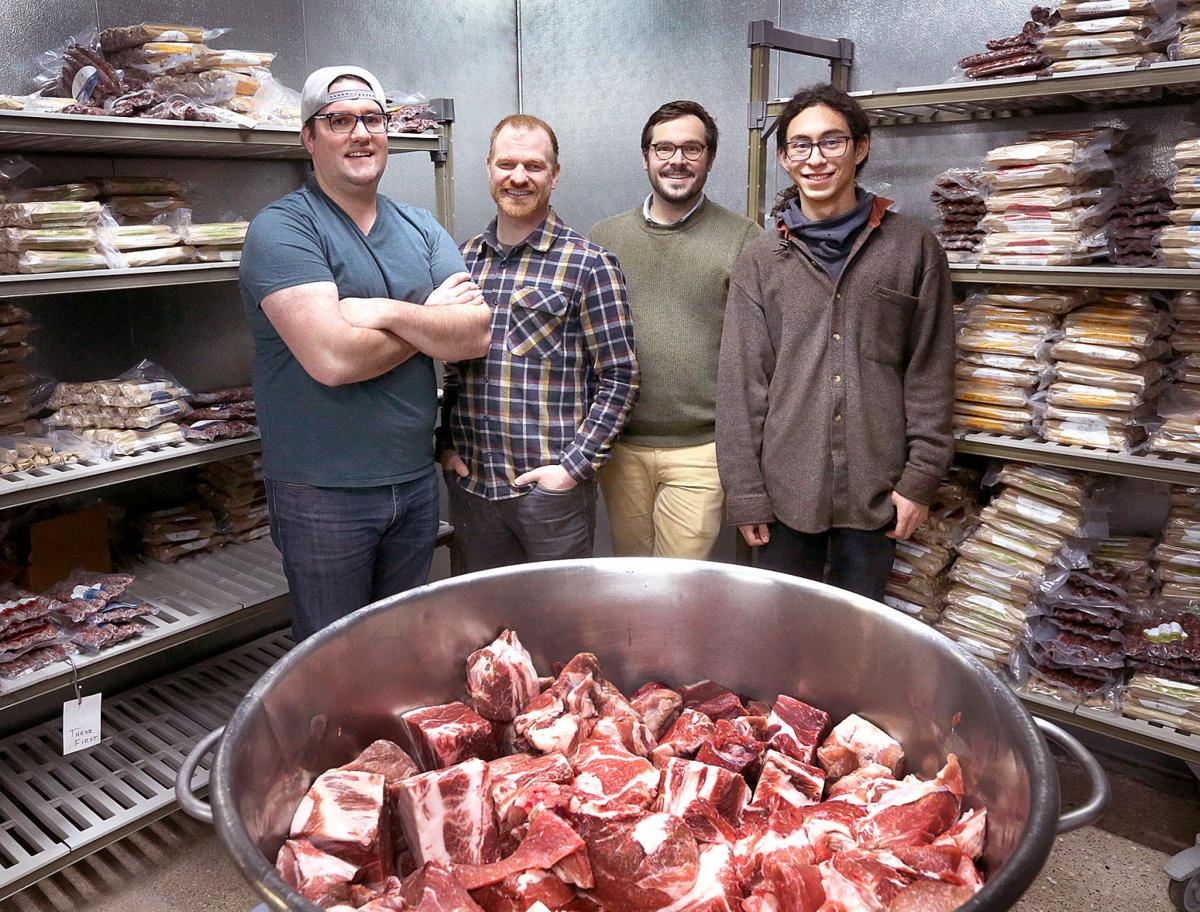 With help from intern Brandon Ipina, far right, Spencer Schaller, from left, Ryan Wagner, and Justin VerMeer have owned and operated Driftless Provisions in Viroqua where they make fine salami. 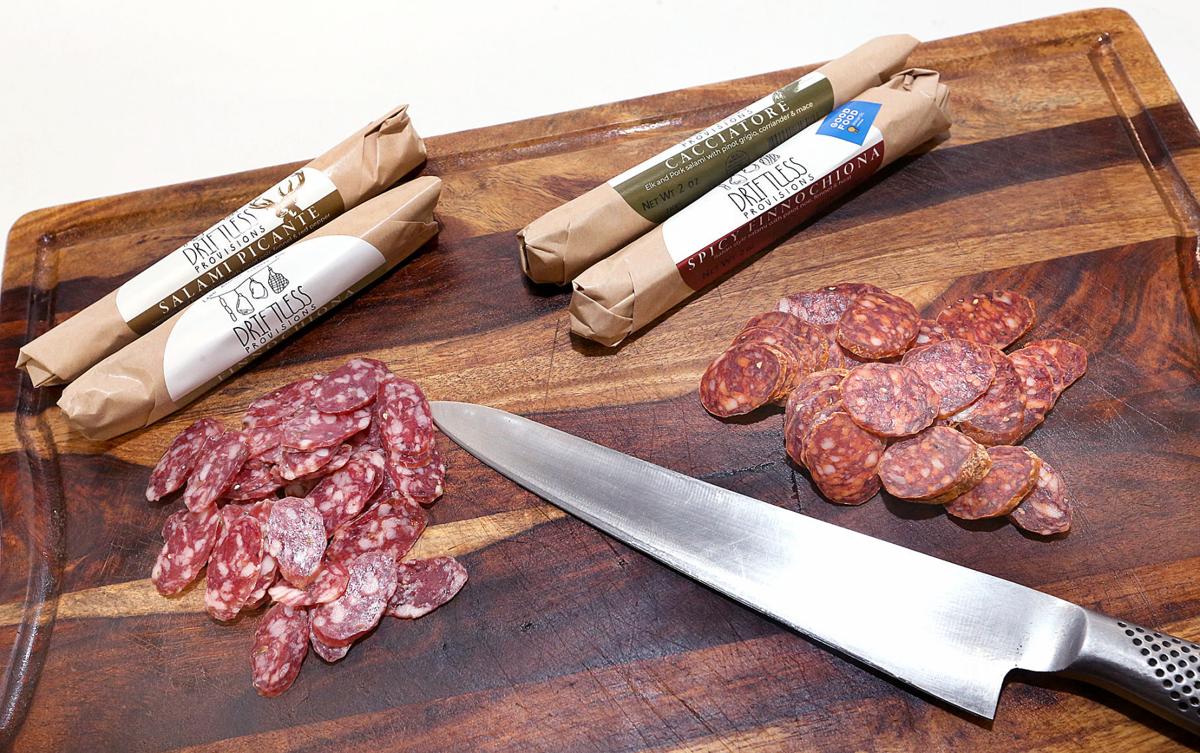 Finocchiona, left, and chorizo are among eight pork, elk and venison salami offerings produced at Driftless Provisions in Viroqua.