WILTON — Two decades after it opened in a former one-room schoolhouse built in 1868, the country-themed Dorset Valley Schoolhouse Restaurant & Bakery east of Wilton is still best known for its homemade pies and Friday night fish fry.

But Rick Gruen, who bought the property and the business near the Elroy-Sparta State Trail last December, and his wife Deb Kroll and General Manager Amy Robertson have begun adding new things.

Penny Chambers opened her Legends Barbershop & Salon in August in another part of the same nearby building.

“I opened it because there are good things happening out here,” Chambers said. “It’s family-oriented here, and I like Rick and I like the location.”

Gruen, who was raised on a nearby farm, also bought the nearby Dorset Valley Trailside Inn from Ron Drews and other members of his family.

The Drews family opened the inn as a bed-and-breakfast in 1994 in the farmhouse where Ron was raised and opened the restaurant in 2000 in the former school. Ron was finishing first grade there when the school closed in the spring of 1963.

Also, Gruen said, “I’ve been a cook all of my life. So I looked at this as an opportunity to do what I love, and I love to cook.”

Looking ahead, Gruen said he hopes to convert a nearby barn into a greenhouse by next spring. It will be used to grow vegetables for the restaurant and flowers that will be for sale in Dorset Valley Mercantile.

Gruen also hopes to open a petting zoo next spring, with alpacas, goats, horses and cattle. And he hopes to have someone paint a mural on a nearby grain silo in the near future.

“I am optimistic about the future,” said Robertson, who joined Gruen’s staff as general manager in December. She said she was interested in joining the businesses because Gruen planned to revitalize them.

“It was a good opportunity,” the restaurant’s chef, Pete Staege of La Crosse, said of his decision to join its staff five months ago.

Diners are interested in comfort food that’s made with local ingredients, Staege said. “The trend is for more organic, more things that are grown by local farmers,” he said. “We can get our produce and our meats right here. People enjoy healthy comfort foods that are pleasing to the palate but yet not expensive.”

Staege said he is using as many locally grown and organic ingredients as he can get.

The restaurant’s head baker, Becky Bailey, said she joined the staff three months ago “because I love baking. And I’m getting paid to do what I love to do.”

Bailey said she especially likes the restaurant’s pies and its carrot cake. “And I know people enjoy them,” she said. “That means a lot.”

Gruen said hickory nut is the restaurant’s most popular kind of pie, while coconut cream and banana cream pies also are big sellers.

“We (also) make seasonal pies,” Gruen added. “We start off in the spring with a rhubarb pie and then a strawberry rhubarb. And then we do berry pies. Right now, it’s apple season, so we make a Dutch apple pie” that’s been very popular.

The restaurant’s hamburgers are a draw, as are its steaks, seafood and pasta. Its Friday night fish fry and Saturday night prime rib also are popular.

“We raise our own beef,” Gruen said. “We have it butchered in Elroy at Integrity Meats” and serve it at the restaurant and sell it at the mercantile store.

Ice cream, beer and wine also are available in the restaurant.

Some of the most popular bakery items include homemade bread, dinner rolls, pies, cakes, cinnamon rolls and doughnuts.

Penny Chambers owns Legends Barbershop & Salon, which is open from noon to 7 p.m. Tuesday and Thursday, 8 a.m. to 4 p.m. Wednesday and Friday, and 8 a.m. to noon Saturday. For more information about the salon, call 715-459-4452 or visit Facebook. 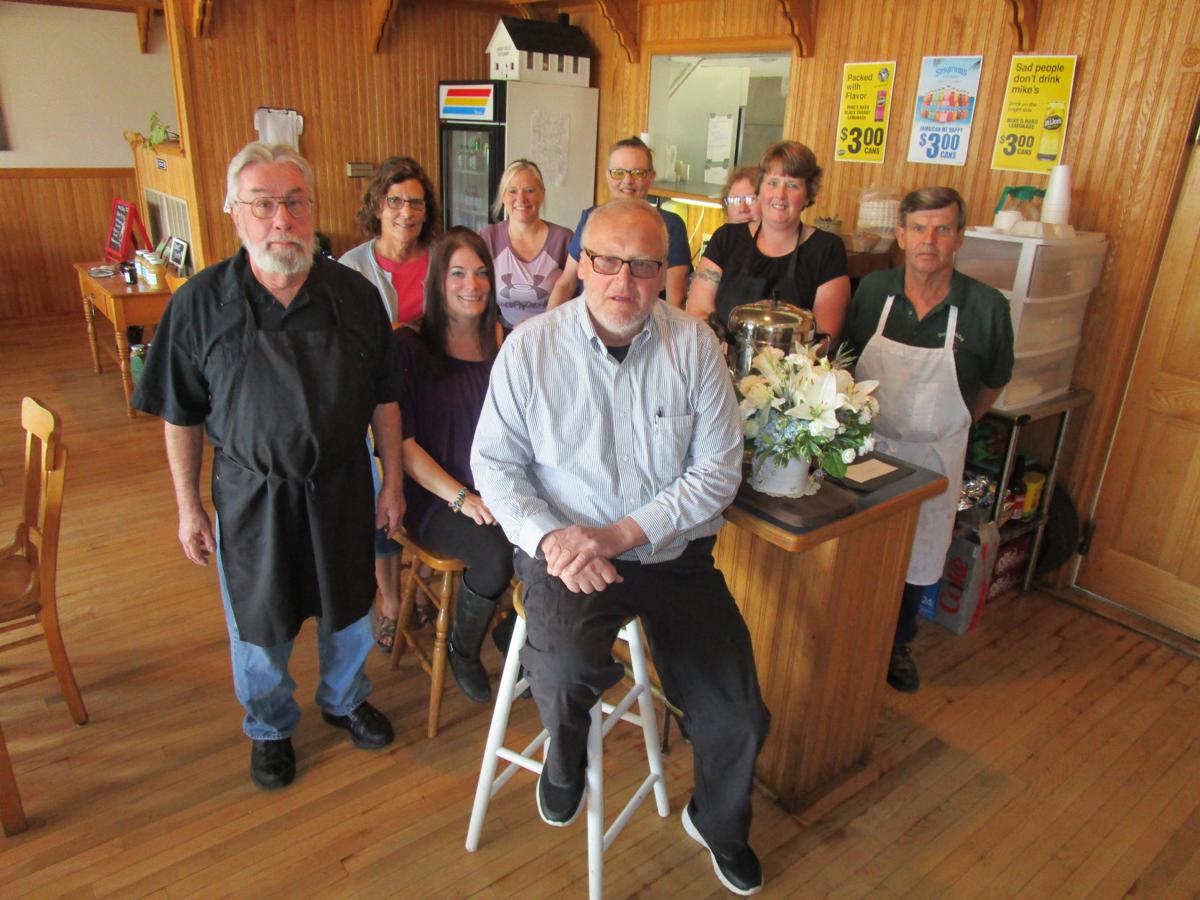 Rick Gruen (seated, in the foreground) poses with some of the staff at his Dorset Valley Schoolhouse Restaurant & Bakery east of Wilton, Wis. 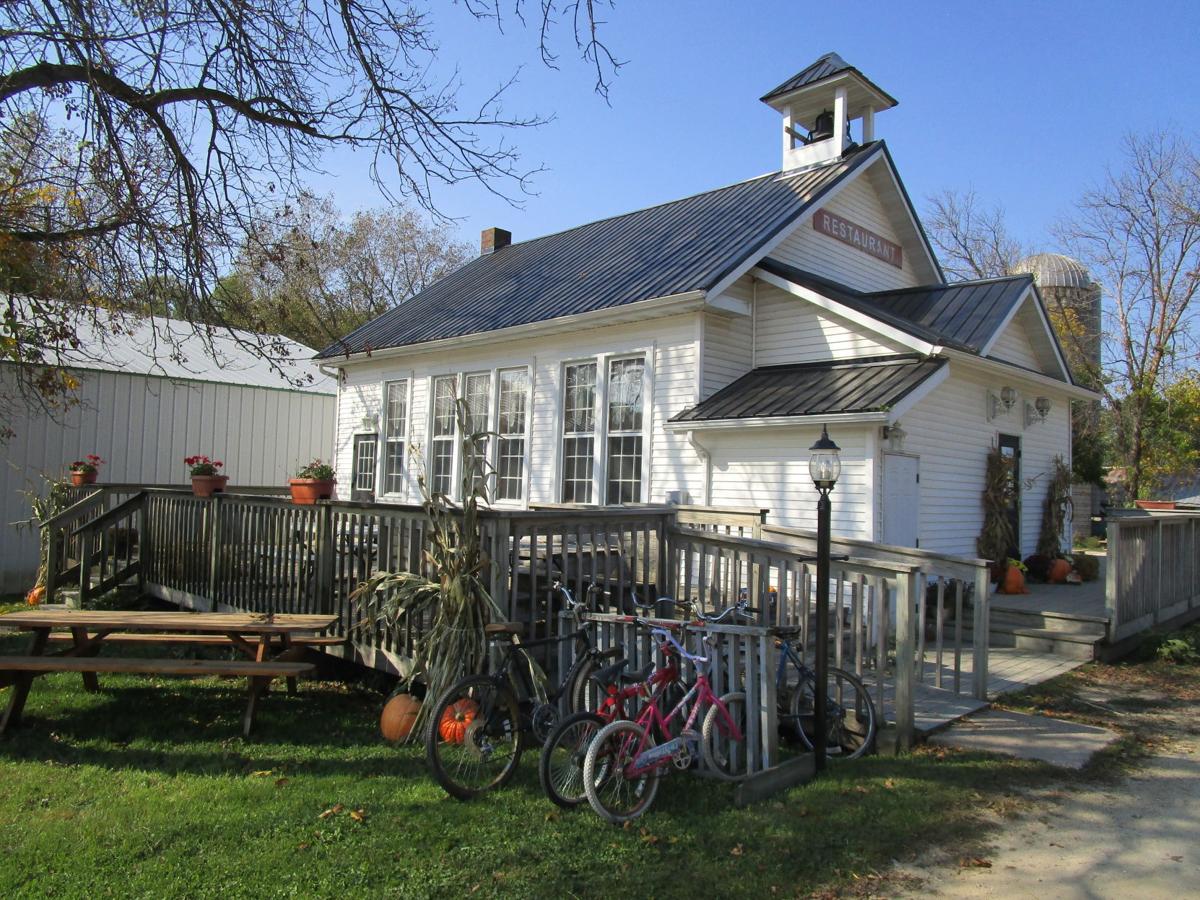 The country-themed Dorset Valley Schoolhouse Restaurant & Bakery opened in 2000 in a former one-room school that was built in 1868. It still has its original blackboard, which owner Rick Gruen said was made in 1870. 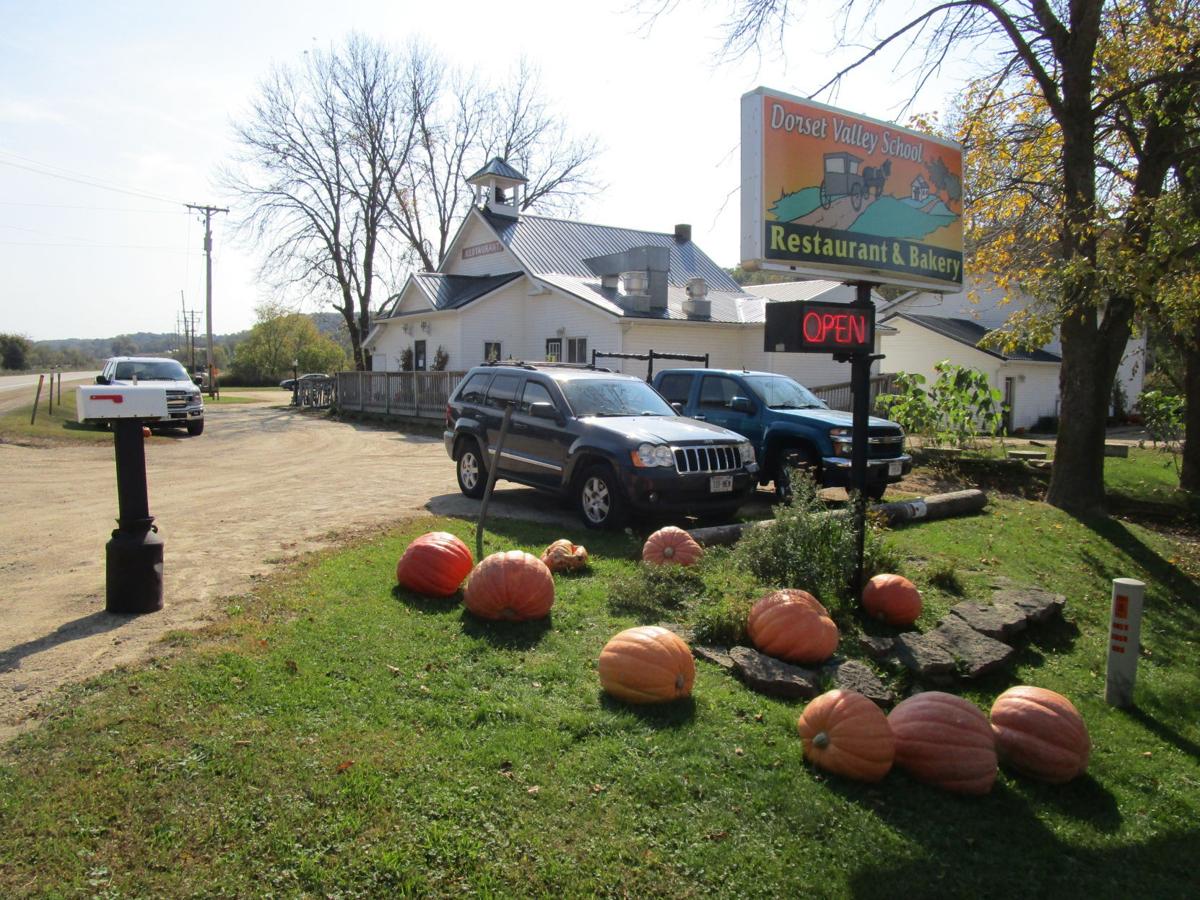 A display of large pumpkins shows that fall has arrived, outside the Dorset Valley Schoolhouse Restaurant & Bakery east of Wilton, Wis. Pumpkins and many other items are sold in the new Dorset Valley Mercantile store in a nearby building.