Striking UAW workers are picketing outside of several John Deere properties in the Quad-Cities.

Members of the United Automobile, Aerospace and Agricultural Implement Workers of America’s Local 281 took to the picket lines by the dozens after the union and Deere failed to reach an agreement by Thursday.

After overwhelmingly voting down a contract Sunday night, the UAW recalled its bargaining committee, effectively ending negotiations, and set a hard strike deadline of 11:59 p.m. Wednesday.

The strike would affect workers in three states, including thousands in eastern Iowa and western Illinois. Contractors, suppliers and other companies that do business with Deere would also become increasingly affected the longer a strike lasts.

By sunrise in the Illinois Quad-Cities, the union had set up picket lines in several locations outside of John Deere's Harvester Works in East Moline and the Seeding and Cylinder plants along River Drive in Moline.

Picketers are under strict orders to refrain from making comments to the media, several said.

The atmosphere at several picket lines was jovial as passersby honked their support for the union.

Over 20 workers lined the two entrances to the Milan plant, holding signs reading “UAW on strike” and “UAW on strike for improved benefits” in front of the large John Deere emblem further down the driveway.

Honks from passing cars were met with soft cheers from union members while workers who crossed the picket line were mostly met with silence. More workers arrived as the morning went on and Milan workers expected the crowd to grow this afternoon and tomorrow morning.

Milan workers hoped that the strike would end quickly, but were prepared to continue the strike until they received increased benefits.

Over 50 union workers lined the two entrances for the Davenport plant Thursday morning.

Most of the workers arrived at their post before sunrise, bundled in sweatshirts and hats to brace against the early fall cold. The road was littered with white and blue signs reading “UAW on strike.”

A stream of honks from passing cars expressing solidarity with the workers was always met with cheers from the crowd. When workers crossed the picket line to enter the plant, raucous “boos” and middle fingers were collectively shared across the crowd.

Workers broke off into their own separate circles with coworkers, friends, and some family members along the road. Conversations centered around how workers are financially surviving without regular work pay, especially if the strike is extended, and preparing for tomorrow.

As the morning went on, Davenport’s crowd thinned slightly as workers came and left depending on their shift. However, a steady stream of about eight workers were joining the picket line at 10 a.m.

A half-mile stretch of River Drive in Moline, just west of the Taxslayer Center, has at least five gates to two John Deere factories.

By noon Thursday, about 100 striking UAW members were marking the entrances to Deere’s Seeding and Cylinder plants with signs reading, “UAW ON STRIKE.”

Their red and blue tents supplied shade for cases of bottled water and snacks.

A couple of portable restrooms had been delivered since morning — a sign, possibly, of the union’s willingness to dig in its heels, or simply a short-term convenience.

During the lunch hour, boxes of pizzas were delivered to the rows of pop-up tents.

Though barred by the union from speaking to the media, conversations between the striking Deere workers clearly centered on the first day of the strike and on speculation about how long it might last. Also a frequent topic of conversation was Deere’s recent profits, which have set records.

This story will be updated throughout the day.

Statement from Deere: Other Deere employees will 'keep our operations running'

Photos: A look back at previous Deere & Co. strikes

Thursday morning statement from the UAW:

Statement from Deere: Other Deere employees will 'keep our operations running' 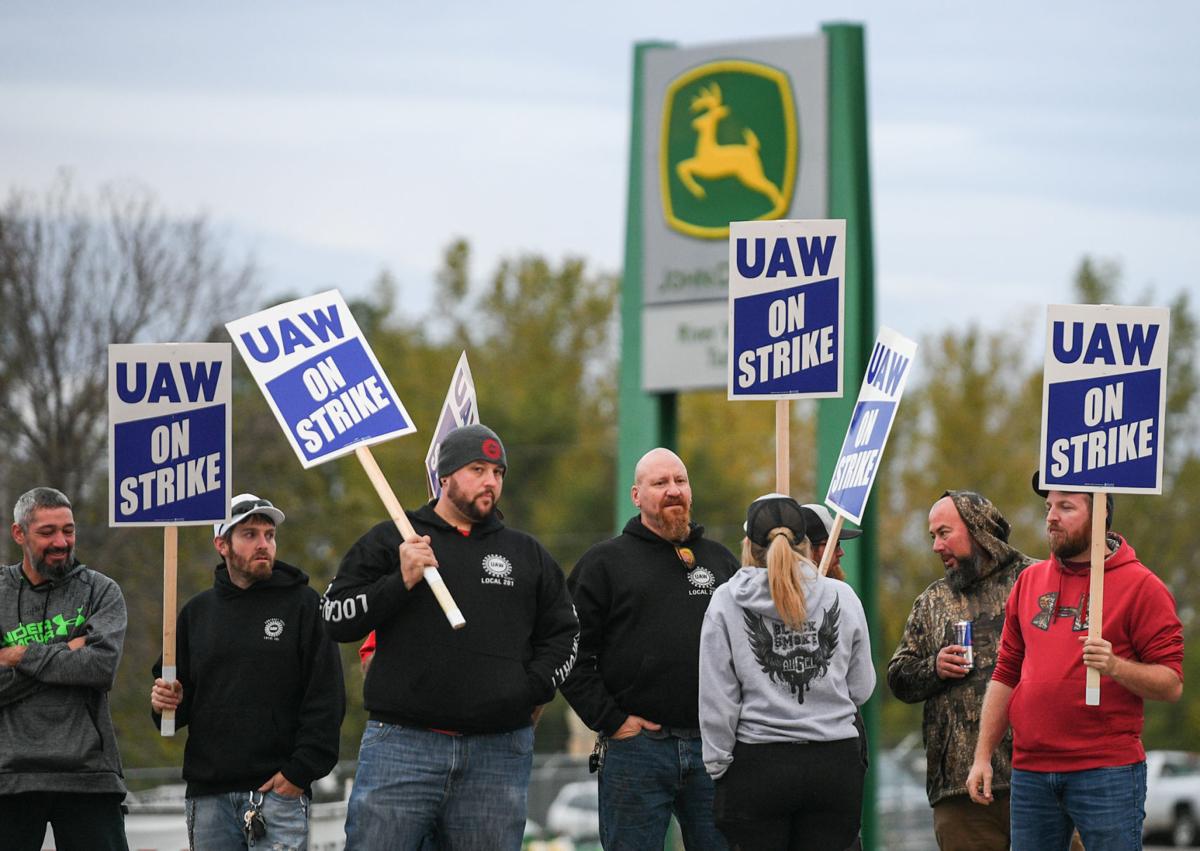 Picketing UAW members lined the entrances Thursday outside John Deere Harvester Works in East Moline during the first day of their strike. 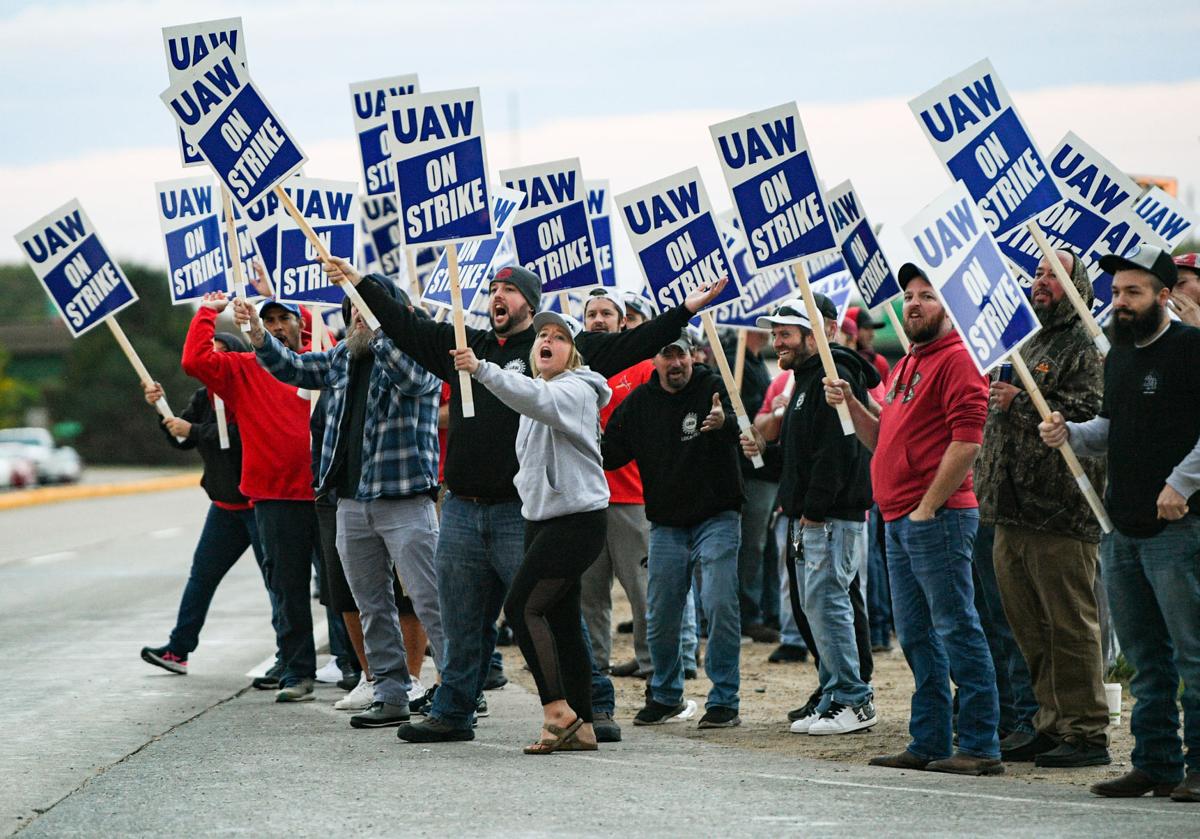