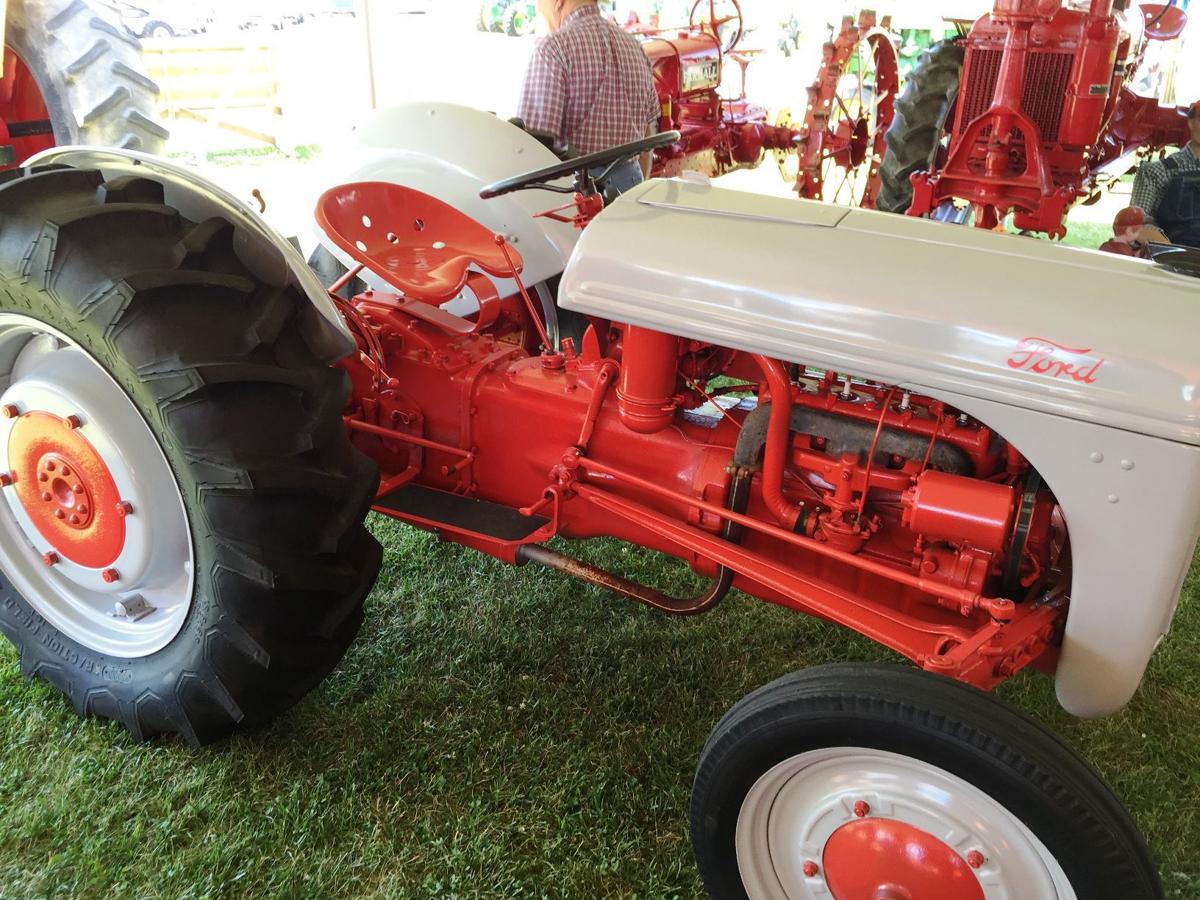 Older tractors like this Ford can still be repaired today because parts are available. 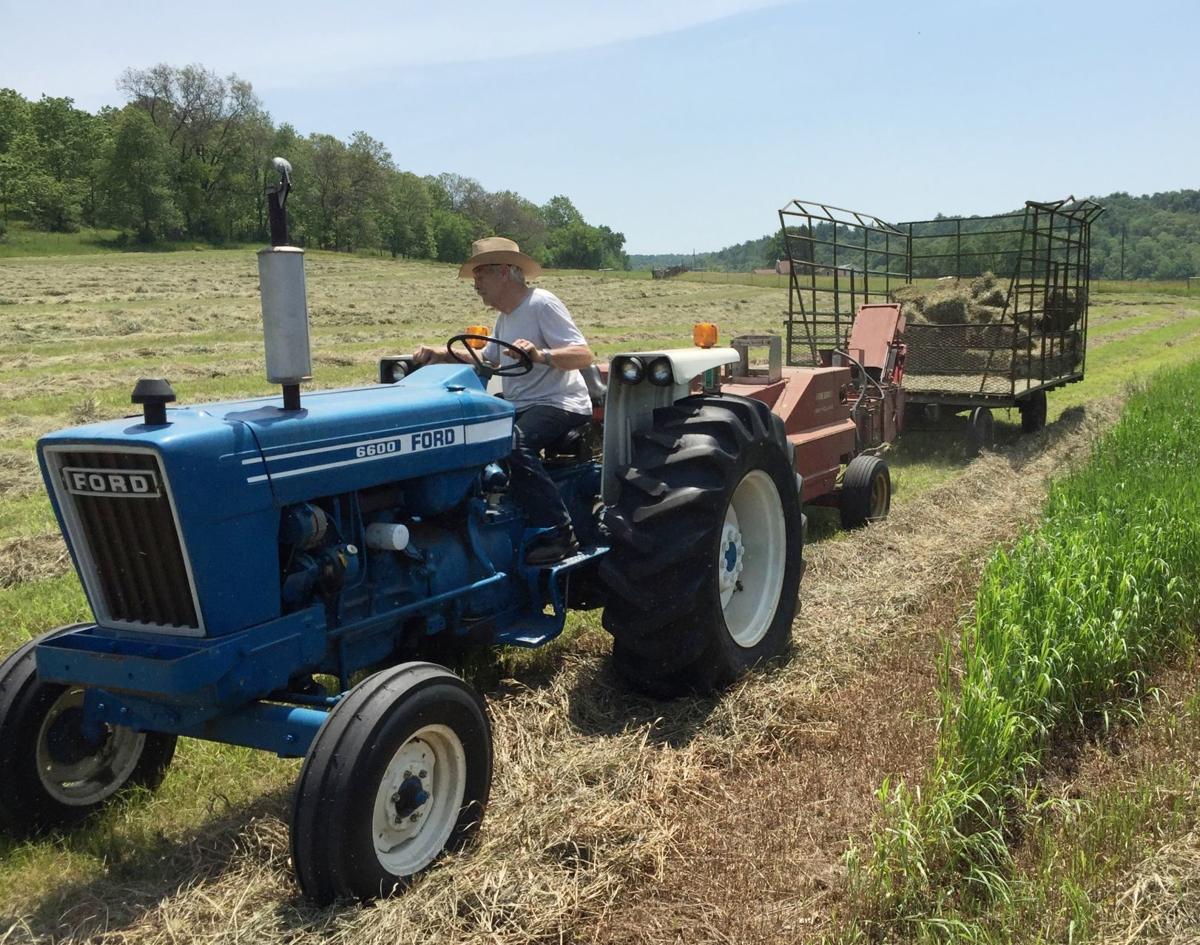 This Ford tractor from 1981 is still in demand today because it can be repaired and fixed without expensive tools. 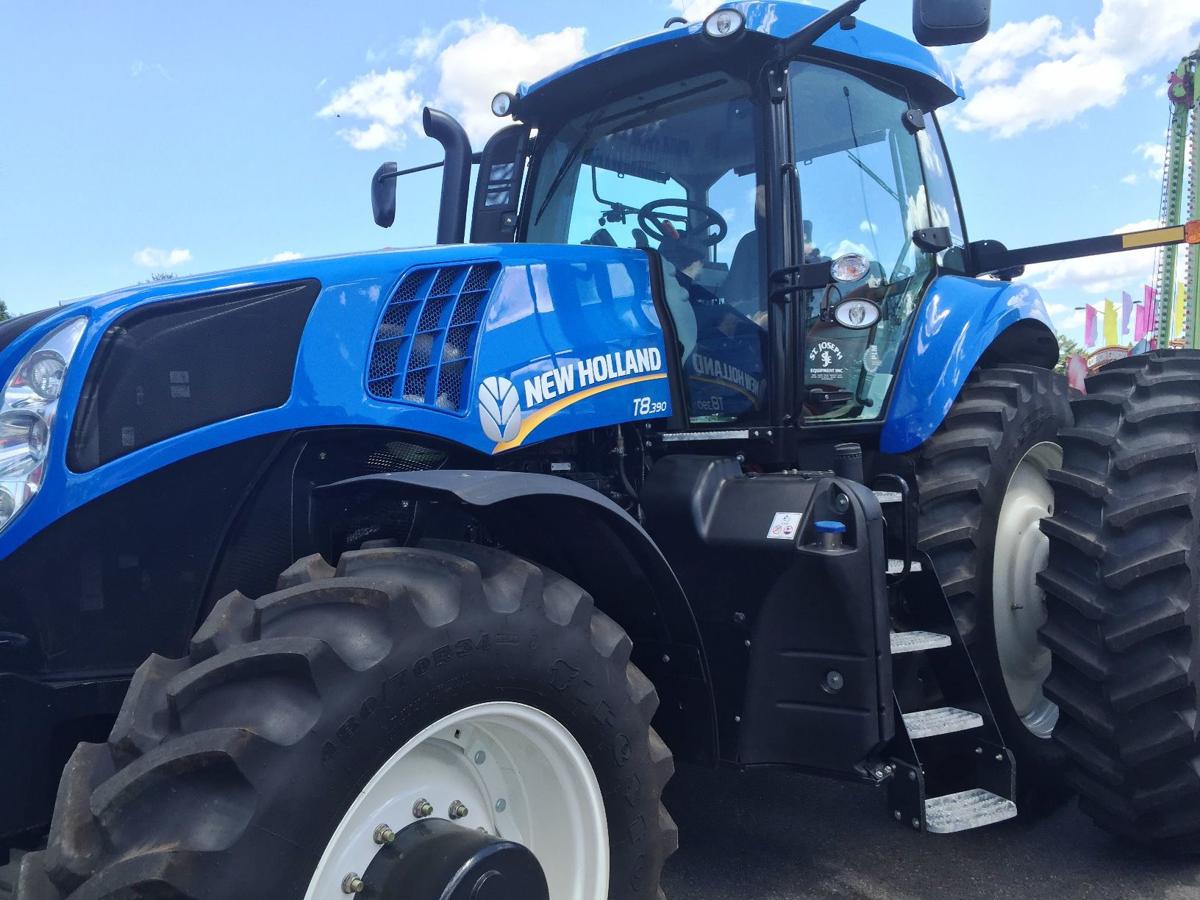 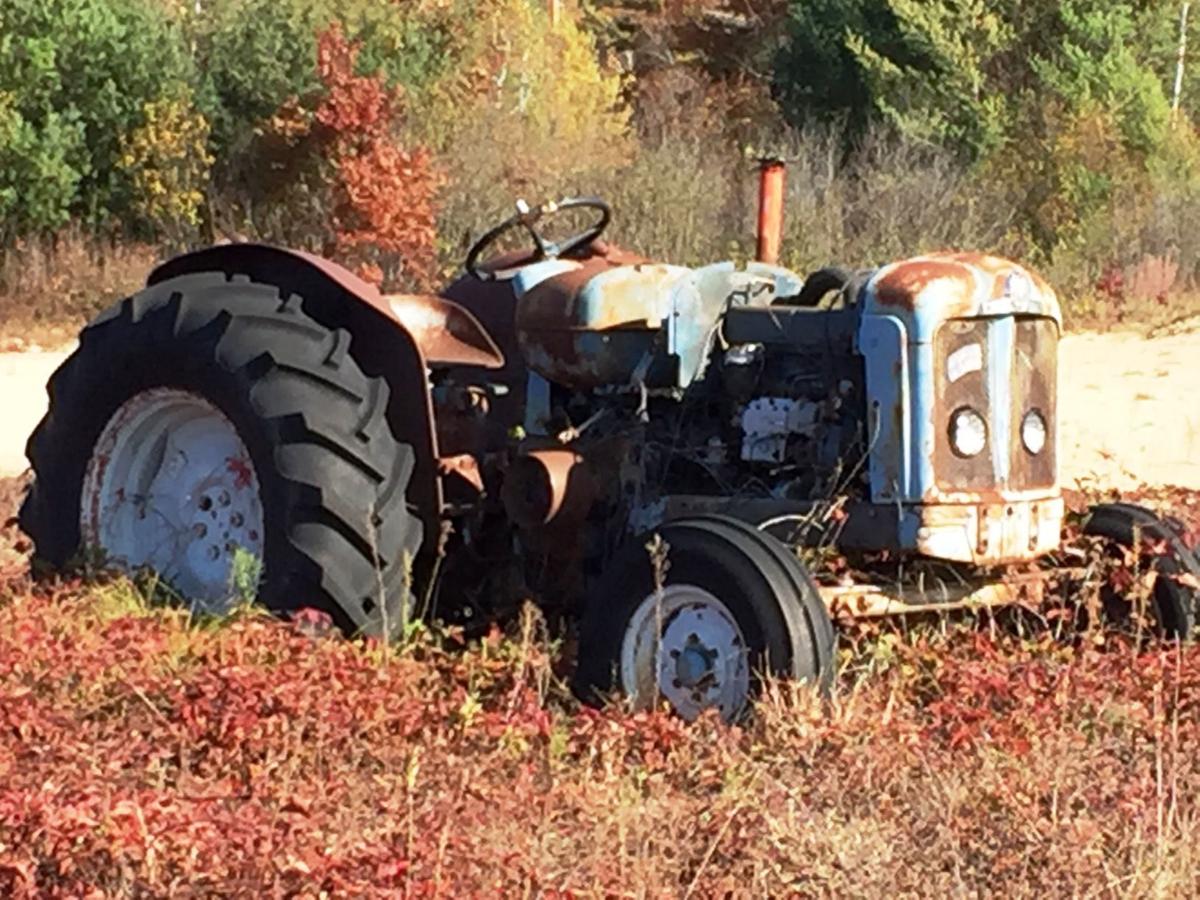 Too far gone? Not for some enthusiasts who like to fix old tractors. 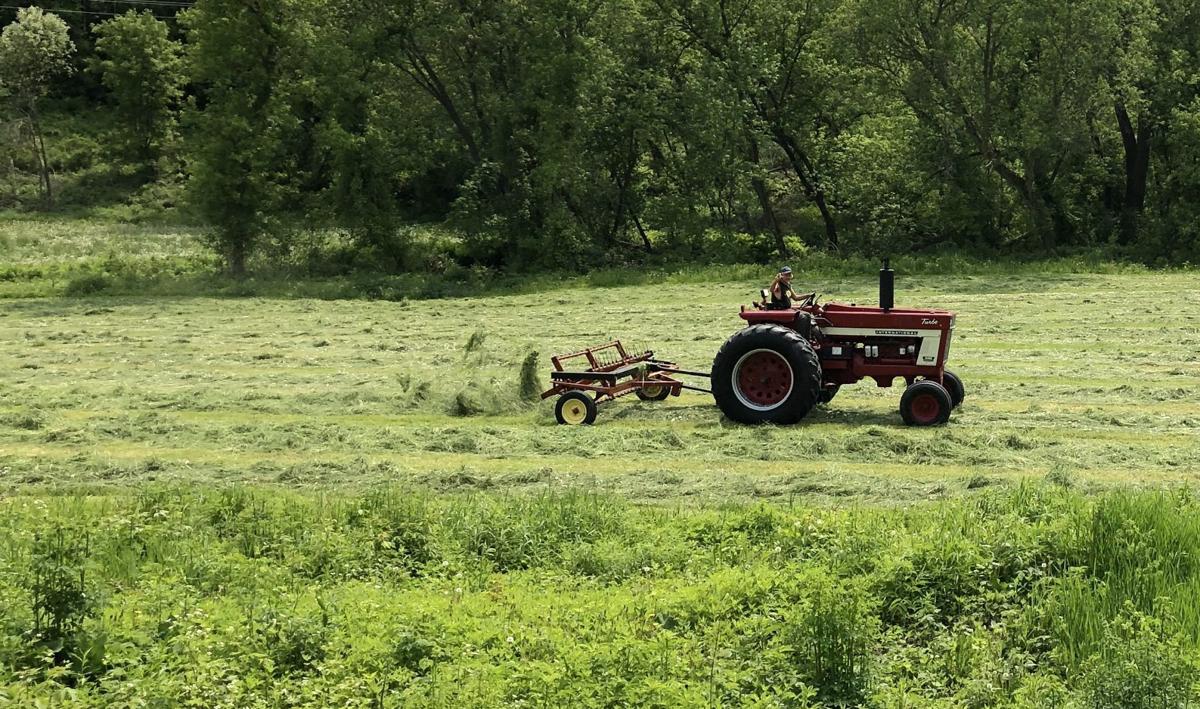 Even 40-year-old tractors have a place on the farm today.

One attribute of nearly all farmers is their innate ability to fix things. It’s ingrained into farmers as much as the dirt that runs through their veins.

There’s a drawer in the old machine shed that’s full of operating and repair manuals for various pieces of farm equipment from years gone by.

Breakdowns — particularly at the most untimely moments — were and are a part of farming.

Armed with your assortment of tools and timely curse words, you removed the broken part, picked up the new part and replaced it.

Sometimes you were back in business a few hours later with only a little skin lost on your knuckles from slipped wrenches.

Big repairs required a call to a mechanic or the broken-down implement had to be hauled to the dealer. But that was always the last resort. Being handy with your own repairs helped keep the costs down.

But today the ability of the jack-of-all-trade repair prowess on the farm is under threat.

When a new piece of farm equipment breaks down, major implement dealers have been requiring customers to call a dealership to send a service truck to the farm to identify the problem. The repair may even require a special tool only used by the dealerships.

The service call may not be available right away and can cost $150 per hour, costing farmers both time and money. And when crops are ready to be harvested, time is money on the farm.

This has resulted in “Right to Repair” legislation being introduced in many agriculture states.

Recently the Farm Bureau at its national convention — as reported by the Star Tribune — voted to support a policy for either comprehensive legislation or a written agreement that would give farmers and independent technicians access to the same diagnostic tools as implement dealers.

The Association of Equipment Manufacturers has opposed legislation and says giving customers too much access to tools could result in tampering, voided warranties or even the loss of intellectual property.

But a spokesman said they are willing to work with farmers to give them access to manuals and tools “for purchase, lease or subscription,” the Star Tribune reported.

When I was younger, your ability to repair was limited only by your knowledge and ability.

Some equipment seemed to be cursed. I remember when Dad bought a used eight-row corn planter — tiny by today’s standards but big back in the 1970s — that would magically break down while it was parked in the shed over the winter.

The planter was working fine when we put it away at the end of the planting season, but when it was pulled out for use the next spring, it would need to be fixed.

And we did all the preventative maintenance — even removing each auger from the fertilizer boxes and coating them with waste oil to prevent corrosion.

Other equipment — like the Ford 640 tractor — required little maintenance. Every spring there would be the day when we needed the 640. It was usually parked where it was last operated the winter before. We’d check the six-volt battery, the oil and the radiator. Sometimes we’d have to evict a family of mice that decided to move under the engine cowling for the winter.

The battery would be dead, but we’d either pull it or roll it down the hill, pop the clutch in third gear and the tractor would fire up for another season of work.

Today, interest and demand for older tractors — not as old and small as the 30-horsepower 640, but the larger tractor models from the 1970s and 1980s — has increased.

You can spend $15,000 to $25,000 for an older tractor that still gets the job done and can still be fixed without the expensive diagnostics. Or you can spend $150,000 or more and deal with expensive repairs.

Farmers will always figure out a workaround. And the older tractors can even be retrofitted with satellite technology used today.

Implement dealers — which have disappeared across the rural landscape along with many farmers — need to make a living too. But imposing expensive repairs on their dwindling customer base doesn’t seem like the answer.

There should be a compromise of sorts similar to what has been reached with automakers and independent mechanics.

Leaving farmers without the ability to fix their own equipment seems anti-American.

Chris Hardie: Franklin is back on the map

In this day and age of satellite-driven mapping technology, your location on the globe can be pinpointed to the very spot on which you stand.

If April showers bring May flowers, a May polar vortex messes with your cortex.

Older tractors like this Ford can still be repaired today because parts are available.

This Ford tractor from 1981 is still in demand today because it can be repaired and fixed without expensive tools.

Too far gone? Not for some enthusiasts who like to fix old tractors.

Even 40-year-old tractors have a place on the farm today.