Chris Hardie: Franklin is back on the map
0 comments
Share this
× 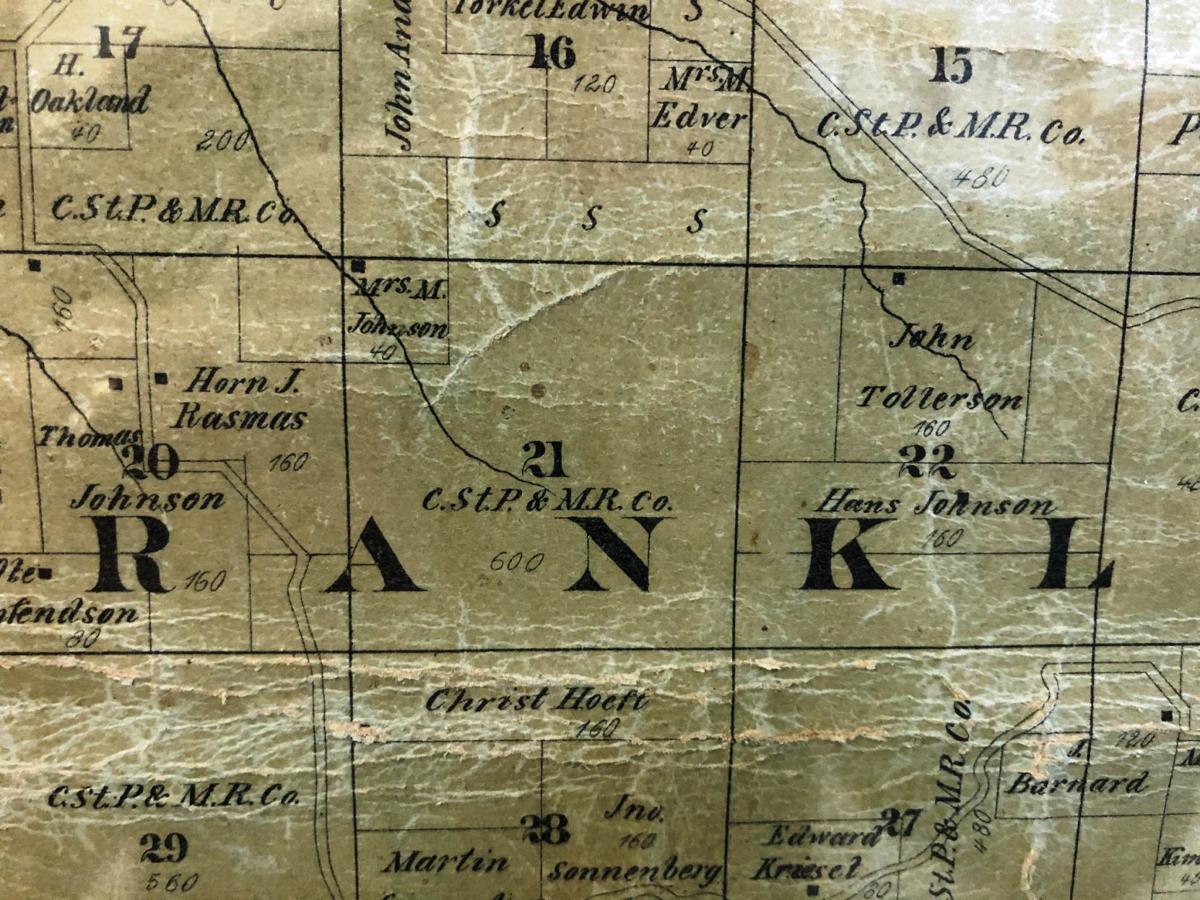 An 1877 plat map shows that the location of our farm today was owned by the Chicago, St. Paul and Minneapolis Railway. 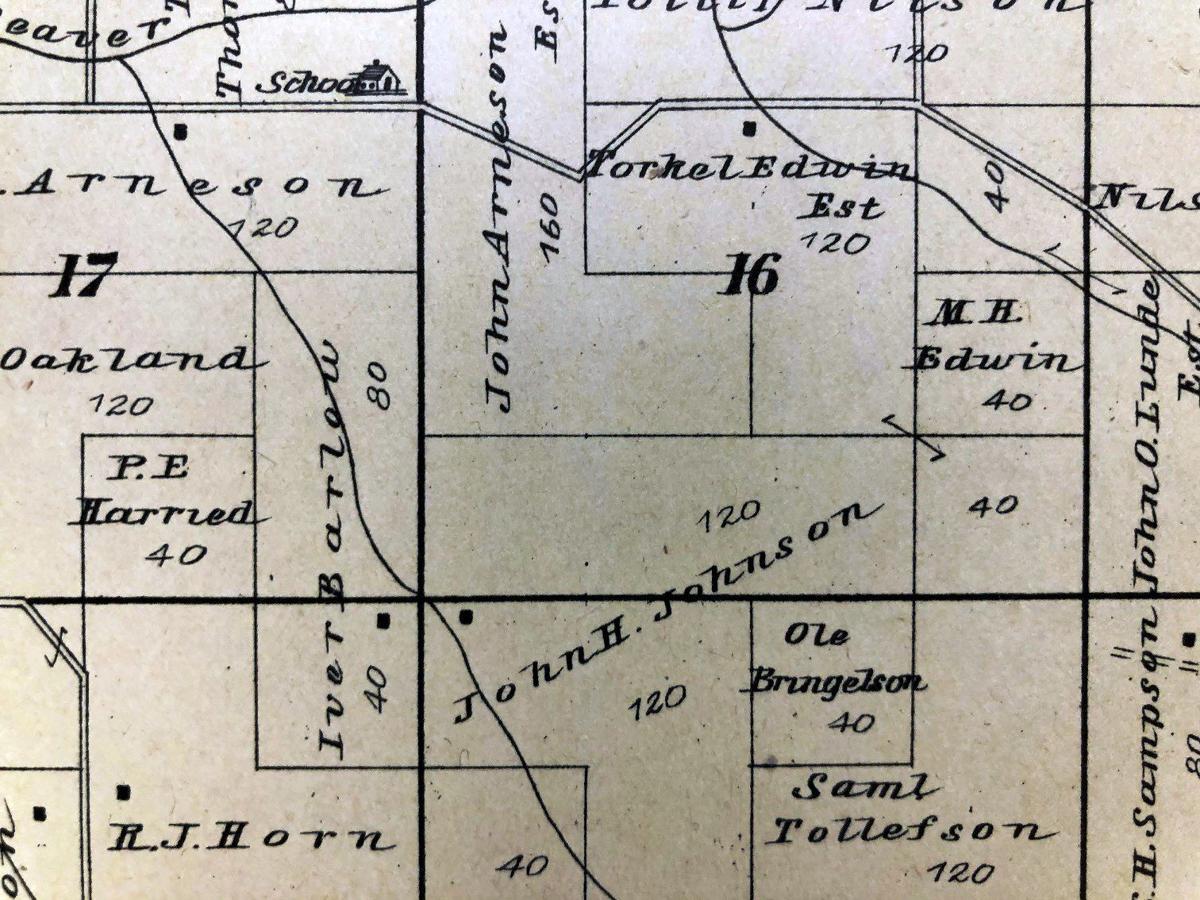 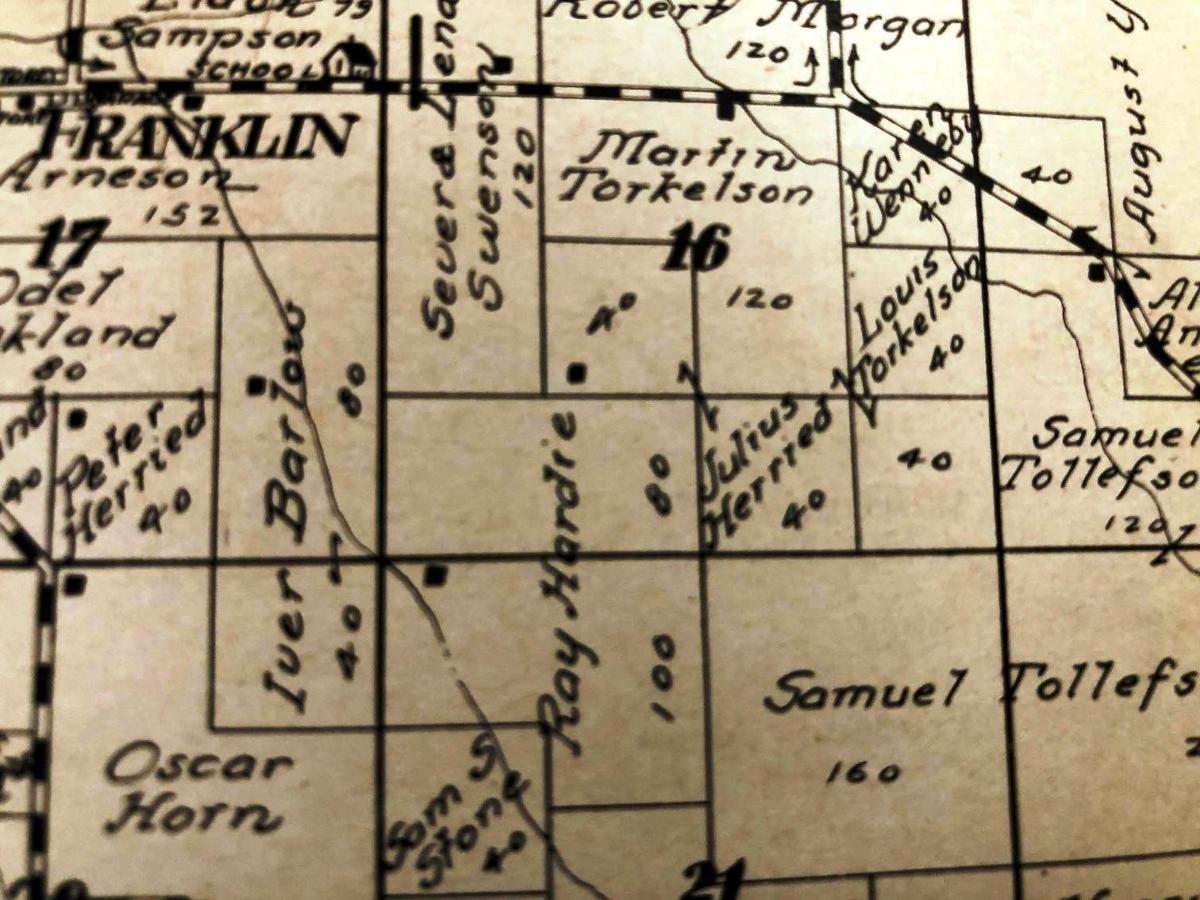 Ray Hardie -- Chris Hardie's great grandfather -- is the owner of the farm shown in this 1930 plat map. 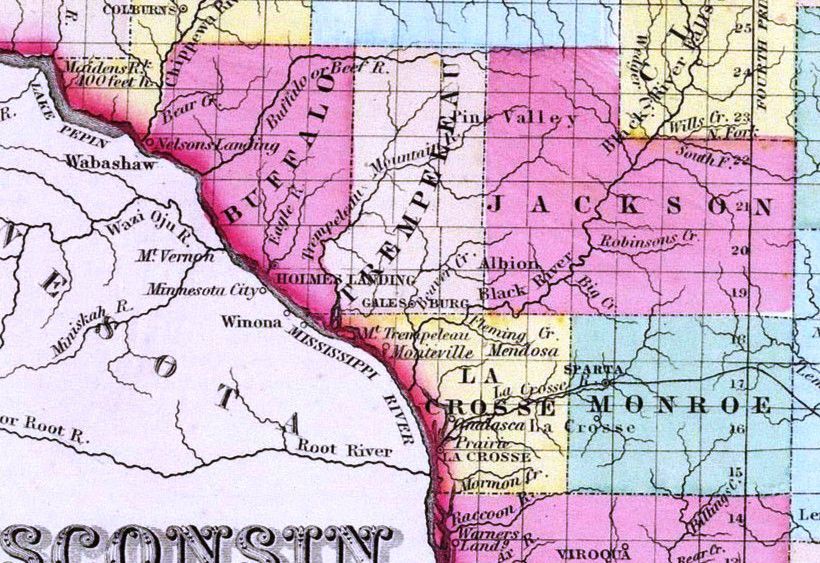 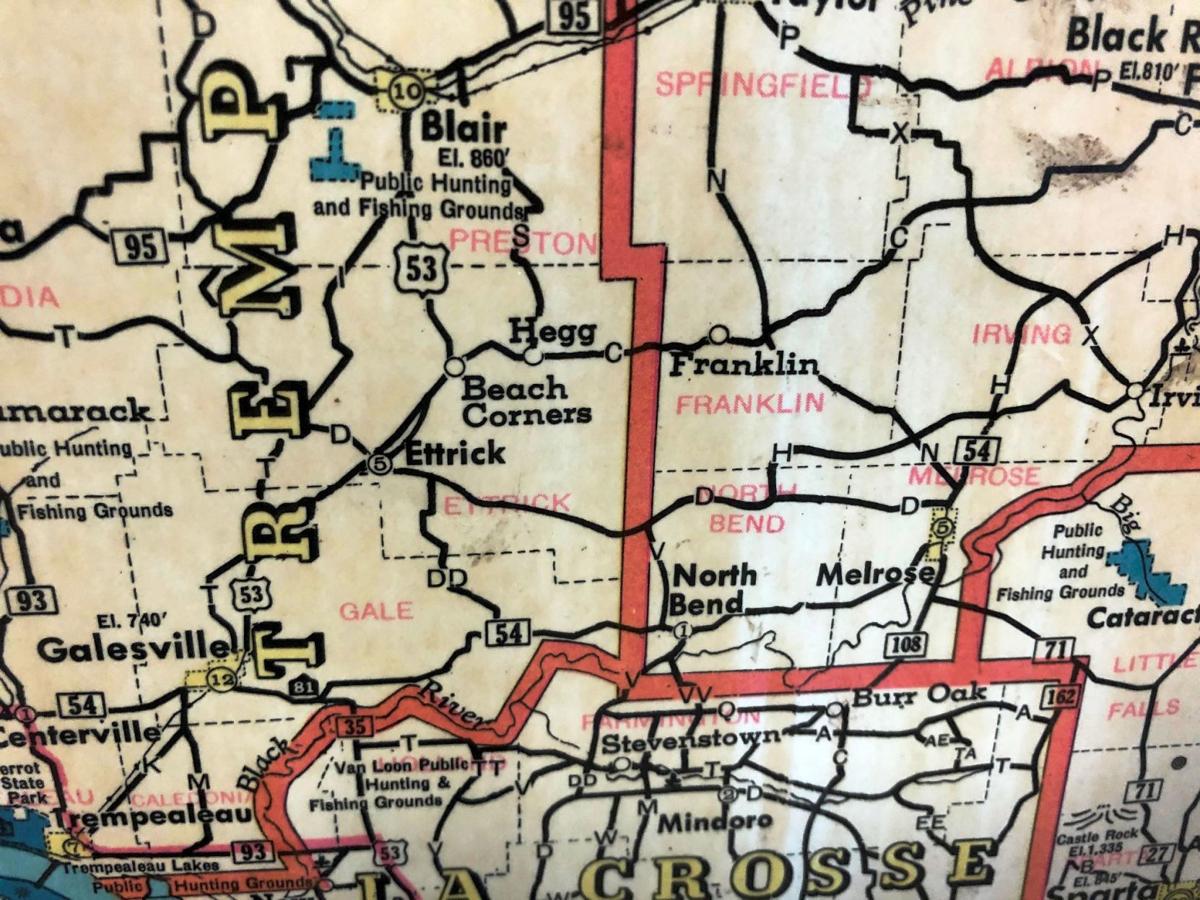 This highway map shows the location of Franklin on Hwy. C in western Jackson County. To the east are the towns of Hegg and Beach Corners in Trempealeau County. 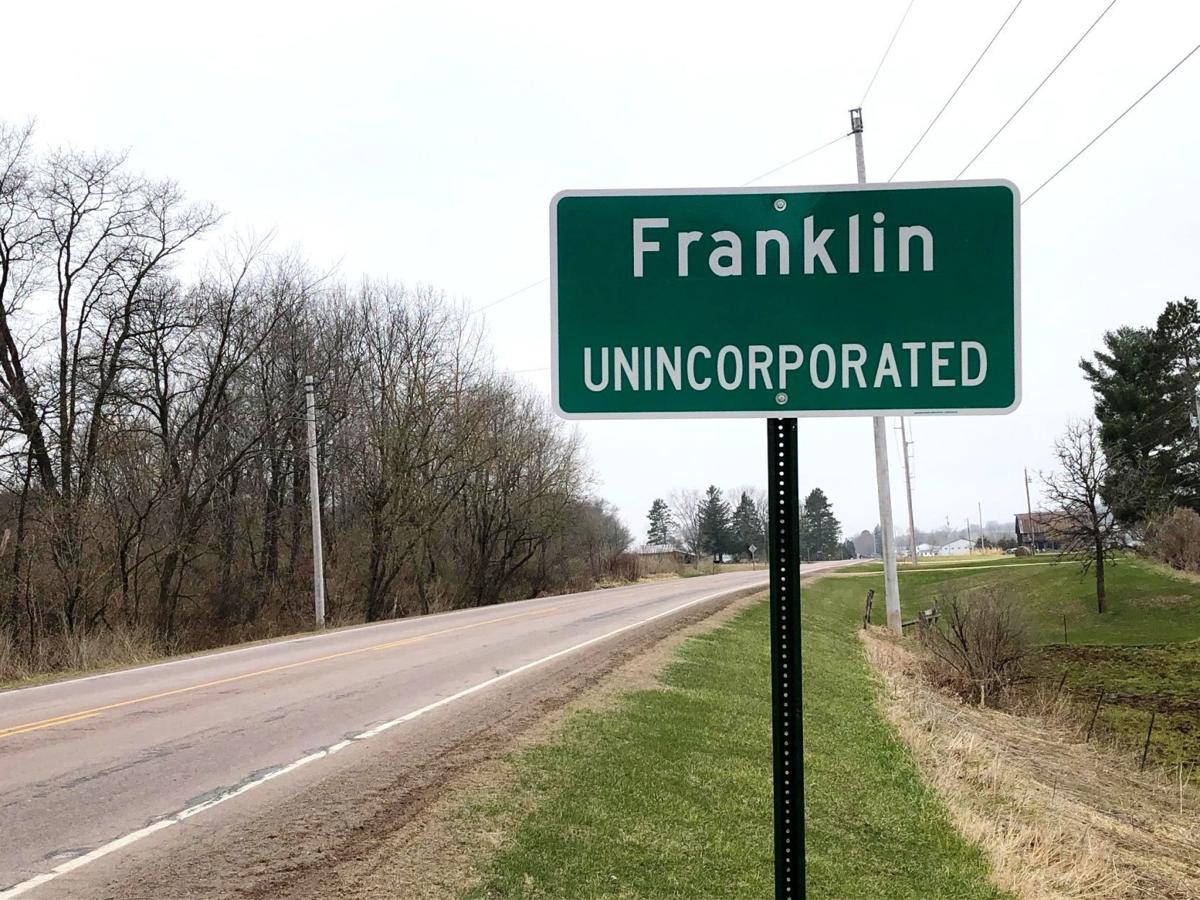 In this day and age of satellite-driven mapping technology, your location on the globe can be pinpointed to the very spot on which you stand.

But I still like maps and road signs when I’m traveling because technology isn’t foolproof.

While I haven’t driven much lately, two new road signs have been erected in my neck of the woods that make me feel proud. Today along Jackson County Highway C there are green road signs that say Franklin, unincorporated.

Officially my address is N3684 Claire Road, Taylor, Wisconsin. We’re one mile back from Jackson County Highway C. But we live 10 miles from the village of Taylor. We have an Ettrick phone number, a village that’s also about 10 miles away. Same as Melrose, where we are part of the Melrose-Mindoro School District.

But I identify myself as a resident of the town of Franklin, once a thriving metropolis about a mile away as the crow flies that used to have a grocery store, several gas stations, a saw mill and a repair shop. Today, the town is home to about 450 folks.

As far as I know, Franklin never had a post office. But Beaver Creek — located about two miles away — had one, as well as Disco a few miles to the east.

Franklin shows up on a few maps — mainly older ones. There were road signs when I was a kid that designated Franklin as you drove through, but they were taken down.

But even before there were roads, there was still a way to describe your location.

The Public Land Survey System, or the Rectangular Survey System, created a description of your location. Using a system based on principal meridians, it parceled off land into townships of 36 square miles with range (six-mile units east or west) and sections — a one-square-mile block of land. There are 36 sections in one township.

The point of all beginnings in Wisconsin is the Fourth Meridian, which starts near Hazel Green in the southwest part of the state at the Illinois border. It was used for all surveys that began in 1832 and completed in 1867. A historical marker along Hwy. 84 commemorates the location.

Much of my land is located in section 16, the part of the township that was traditionally reserved to support education, often known as the school section. True to form, there is a one-room schoolhouse — now a private residence — that served many children in the town, including my father.

Jackson County was formed from Crawford County in 1853, with Black River Falls as the county seat. The town of Franklin was carved out of the town of Irving in 1878.

An 1877 plat map that hangs on the wall of the Jackson County Courthouse shows our land was then owned by the Chicago, St. Paul and Minneapolis Railway. The nearest railroad is about 10 miles away. A 1901 plat map shows it has been sold to John H. Johnson.

When my great-grandparents moved to the farm in October 1923, there were several gates across Claire Road that marked the various property lines. The road was a rutted path through sand burrs.

If you check the Wikipedia entry on the town of Franklin, you will see one listing under Notable People. It’s Keith Hardie, my grandfather, who was born in the town of Franklin on May 16, 1910 and was elected to the Wisconsin Assembly in 1952, serving as the assistant Democratic floor leader in 1957 and the majority floor leader in 1959. He also operated a garage and service station in Franklin.

The grocery and general store closed years ago, but my wife Sherry and I did bring back commerce to the town when we opened Brambleberry Winery in 2013. In order to do that, we had to have a referendum passed because the town was dry by statute. There are also some local businesses operated by our Amish neighbors.

We’re closing in on being a century farm in three years. The good Lord willing, we’ll raise a toast in celebration. Meanwhile, we’ll celebrate being back on the map — so travelers in mid-blink will know the name of the important community through which they pass.

If April showers bring May flowers, a May polar vortex messes with your cortex.

An 1877 plat map shows that the location of our farm today was owned by the Chicago, St. Paul and Minneapolis Railway.

Ray Hardie -- Chris Hardie's great grandfather -- is the owner of the farm shown in this 1930 plat map.

This highway map shows the location of Franklin on Hwy. C in western Jackson County. To the east are the towns of Hegg and Beach Corners in Trempealeau County.