Chris Hardie: The fine line between protests and riots
2 comments
Share this
× 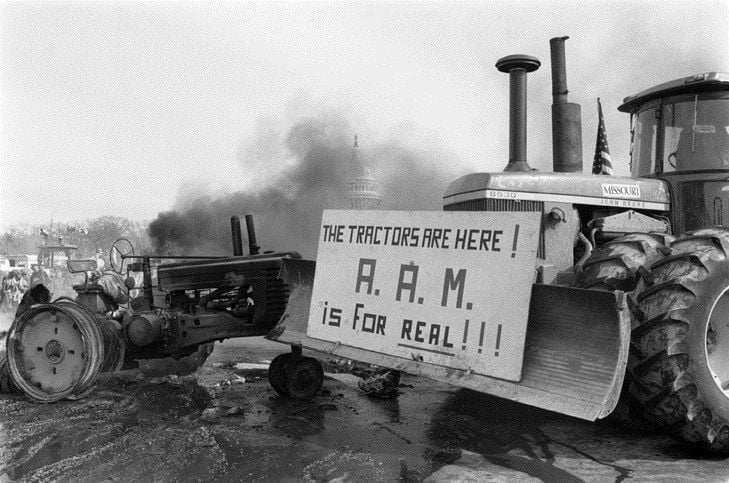 Tractors gather in front of the U.S. Capitol, February 1979. 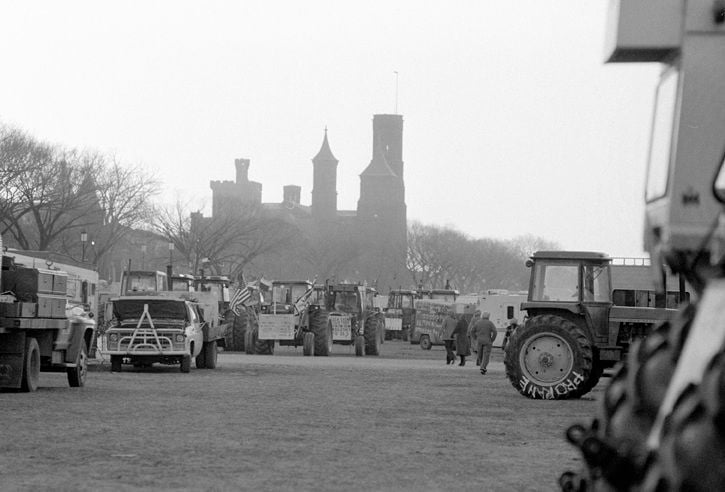 Tractors on the National Mall in front of the Smithsonian Castle, February 1979. 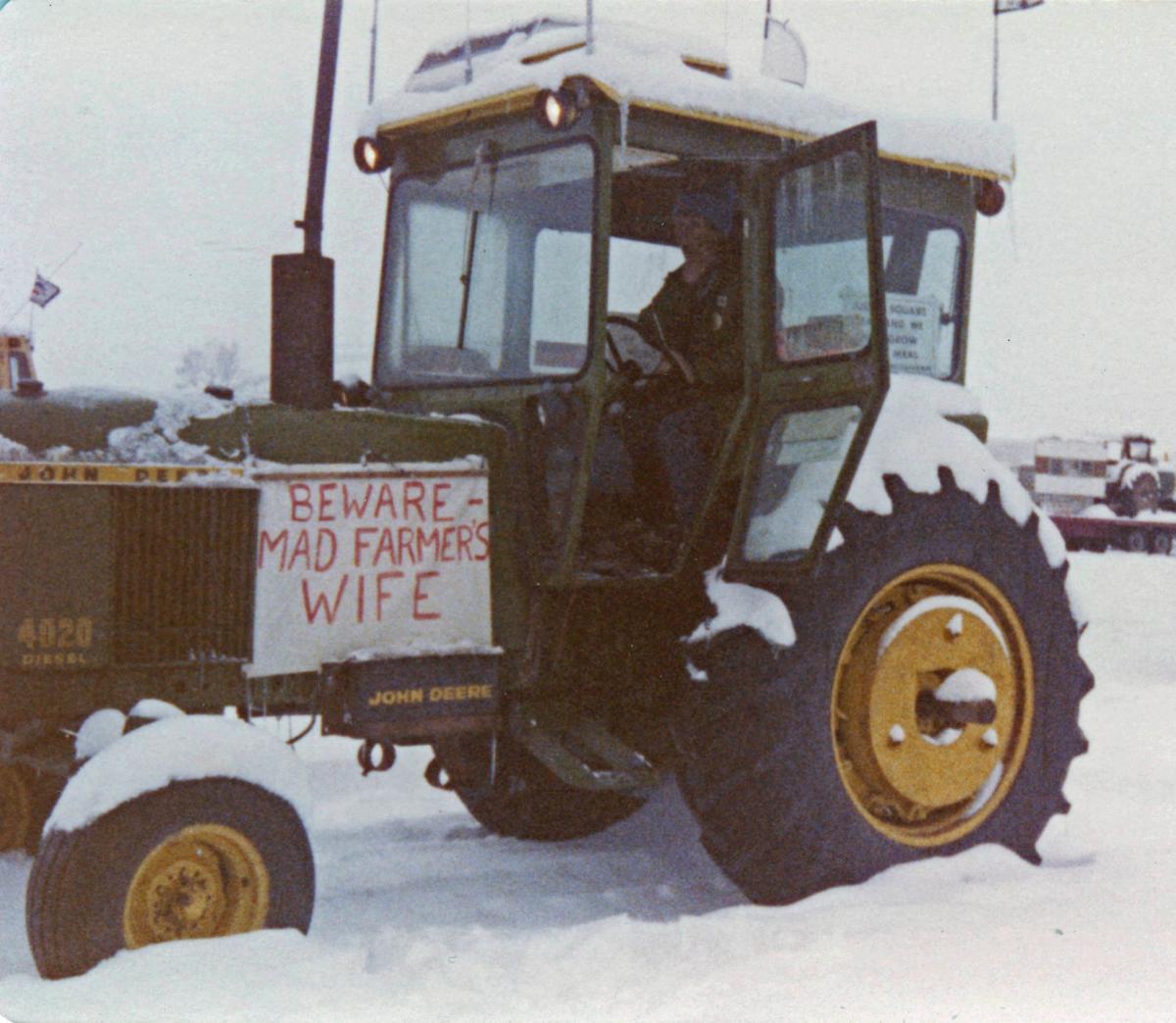 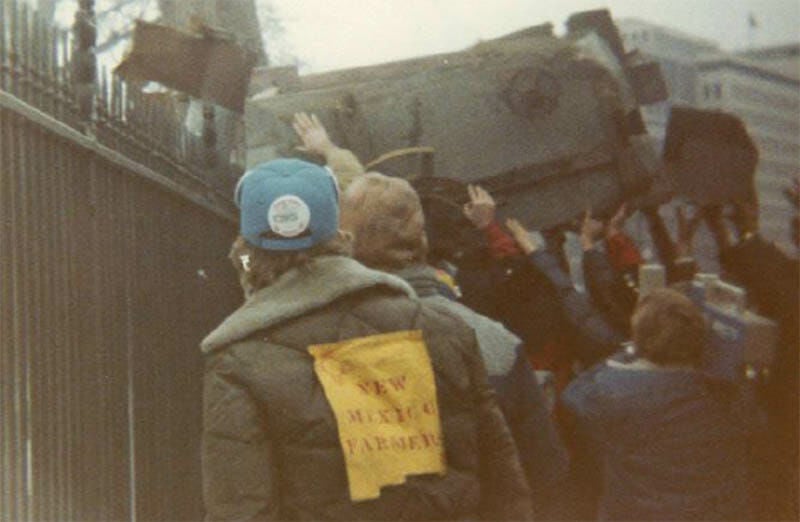 Protesters tipping a thresher onto the White House lawn.

Journalists sometimes end up in harm’s way when doing their job. But in more than 30 years of covering news, there was only one time for a brief moment I thought I was going to get killed.

It was the early morning of April 28, 1991, on Third Street in downtown La Crosse. I watched flames follow a puddle of gasoline that led to an overturned police car.

I was standing less than 20 feet away and started to retreat. I had seen enough action movies and police shows to know what would happen next. The car would explode and I would be killed from the blast.

I was a reporter covering the melee that had ensued downtown after the Coon Creek Canoe Races. The crowd clashed with police clad in riot gear. Police pushed the crowd north on Third Street. I tried to stay out of the way.

I was huddled in the doorway of a downtown business when I felt the business end of a baton strike me in the back. “Get moving,” I was told.

I turned to face the police officer — who I knew by name — and he said “Oh, Chris,” and stepped around me before beginning to prod someone else.

I overheard someone say a cop car was being turned over. I dashed south down an alley and circled back to the 100 block of South Third just in time to see a few men successfully overturn the car. Gas began leaking.

After a few cigarettes were tossed at the pool, one man stood over the puddle, lit a dollar bill and the fuel ignited. The boisterous crowd was hushed. Flames lapped at the side of a restaurant. This had now become a full-fledged riot.

Overhead in the dark upper floors of his business, Big Al’s Pizzeria owner Alvin Muenzenberger filmed the melee on the street below. Police quickly broke up the remaining crowd, and firefighters arrived.

The man who started the fire fled, but thanks to Muenzenberger’s video — which was picked up by TV stations all over the country — the suspect was identified. A warrant was issued, and a year later a man was arrested and sentenced to five years in prison for arson and other charges.

Police eventually used tear gas to break up the unruly crowd and later that same year used it again as the La Crosse Oktoberfest was the backdrop for more clashes with police.

The nationwide protests over George Floyd’s death at the hands of police in Minneapolis made me think of covering some of those riots.

There’s sometimes a fine line between the right of the people peaceably to assemble — a right protected by the First Amendment — and criminal activity. There’s nothing peaceful about looting and destroying property.

But the onus also is on law enforcement to allow peaceful protests and not be over-the-top confrontational. In 1993 under a new police chief, La Crosse police took a much less confrontational approach to the overzealous crowd at Oktoberfest. Instead of authorities lining the streets in riot gear and forcing people to stay on the sidewalk, Third Street was closed to traffic.

Police disappeared at bar time (although they were close by ready to respond if needed) and when the crush of people who poured into the street didn’t have police to confront, they dispersed and went home. Sometimes if you don’t give someone spoiling for a fight a target, they give up.

I’ve heard many opinions about the recent protests. While polls show a vast majority of support for the protestors, some are upset about them blocking traffic and causing other inconveniences.

That’s just what farmers did in 1979 when a tractorcade descended upon Washington, D.C. Thousands of farmers and an estimated 900 tractors demonstrated as part of the American Agriculture Movement. The farmers wanted the government to support a more profitable and equitable farm industry. They wanted a fair price for a crop that reflected the cost to the farmer.

Some farmers drove for weeks across the country before arriving on Feb. 5. Some tractors were impounded and police corralled the tractors in the confines of the National Mall, where they were parked for weeks.

The protest was marred by some damage to public facilities — including an estimated $1 million damage — much of it to the grass on the National Mall that Maryland farmers later volunteered to fix. There were some troublemakers who broke through barriers, crushed some police motorcycles and threw a thresher over the White House fence.

Organizers lamented that the few bad apples got much of the publicity, taking the focus off the farmers’ plight. (Does this sound familiar?)

The farmers did regain some favor when a weekend blizzard hit the capitol on President’s Day and they helped dig the city out. But once the snow melted, the D.C. police banned all future tractorades and the demonstration that lasted for weeks slowly faded away.

Political change does not always come quickly. But the wheels continued to slowly turn. Finally some relief came from the 1987 Agriculture Credit Act, which gave farmers the ability to restructure debt and authorized $4 billion in financial assistance for the Farm Credit System.

It took eight years for the farmers to get some change. And yet their original protest — getting a fair price for their products — remains a challenge today.

Freedom of speech and protests are not always easy. They are sometimes divisive. But they remain an essential part of our democracy as an avenue for change and the hope of a better government for all.

Tractorcade to D.C. is the result of a Kansas Humanities Council 2012 Heritage Grant in support of an oral history project.

Chris Hardie: Taken down by a tiny tick

I had a few close calls over the years where I escaped serious injury while working on the farm. It can be a dangerous occupation.

Tractors gather in front of the U.S. Capitol, February 1979.

Tractors on the National Mall in front of the Smithsonian Castle, February 1979.

Protesters tipping a thresher onto the White House lawn.