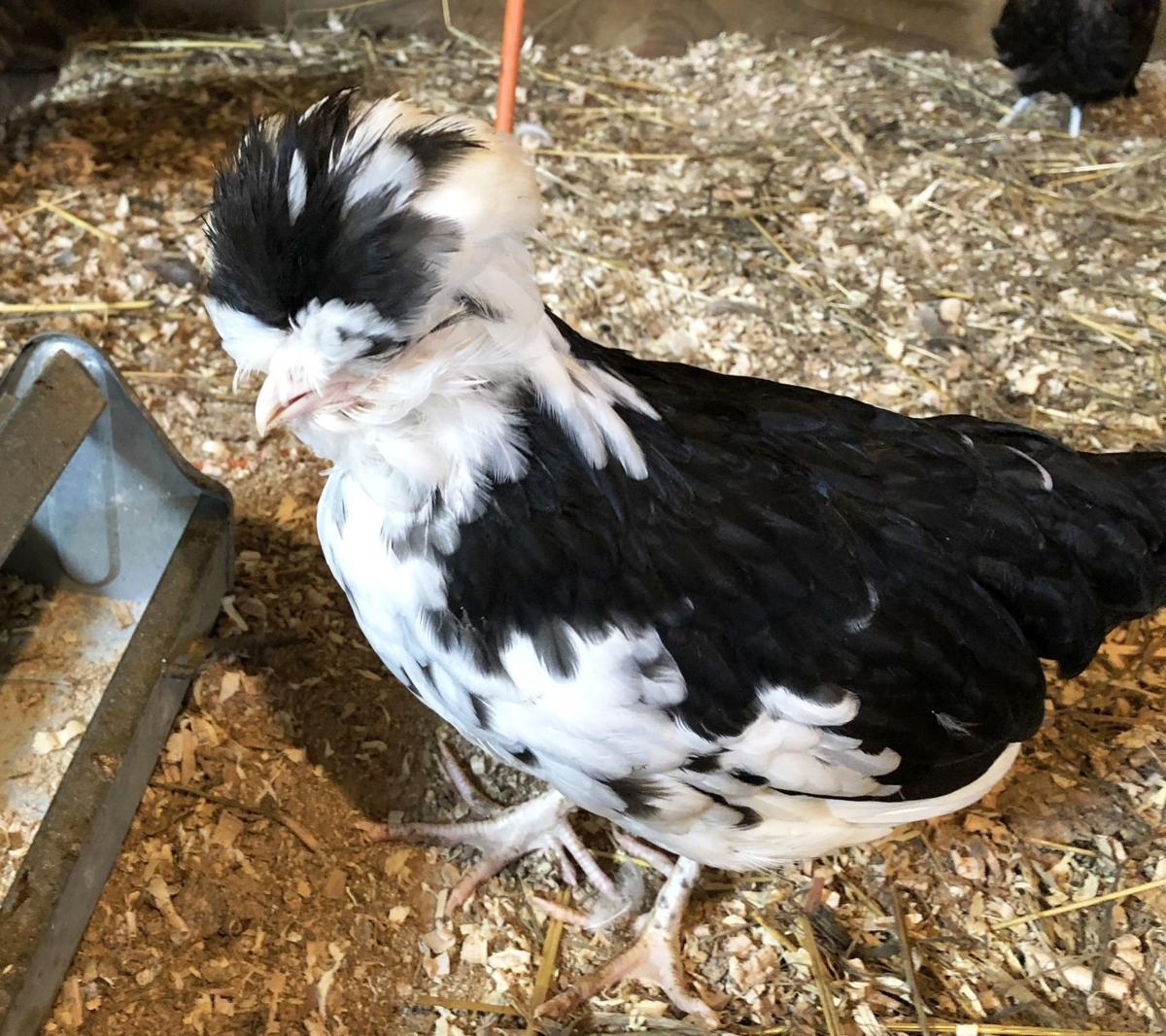 One of the murder victims. 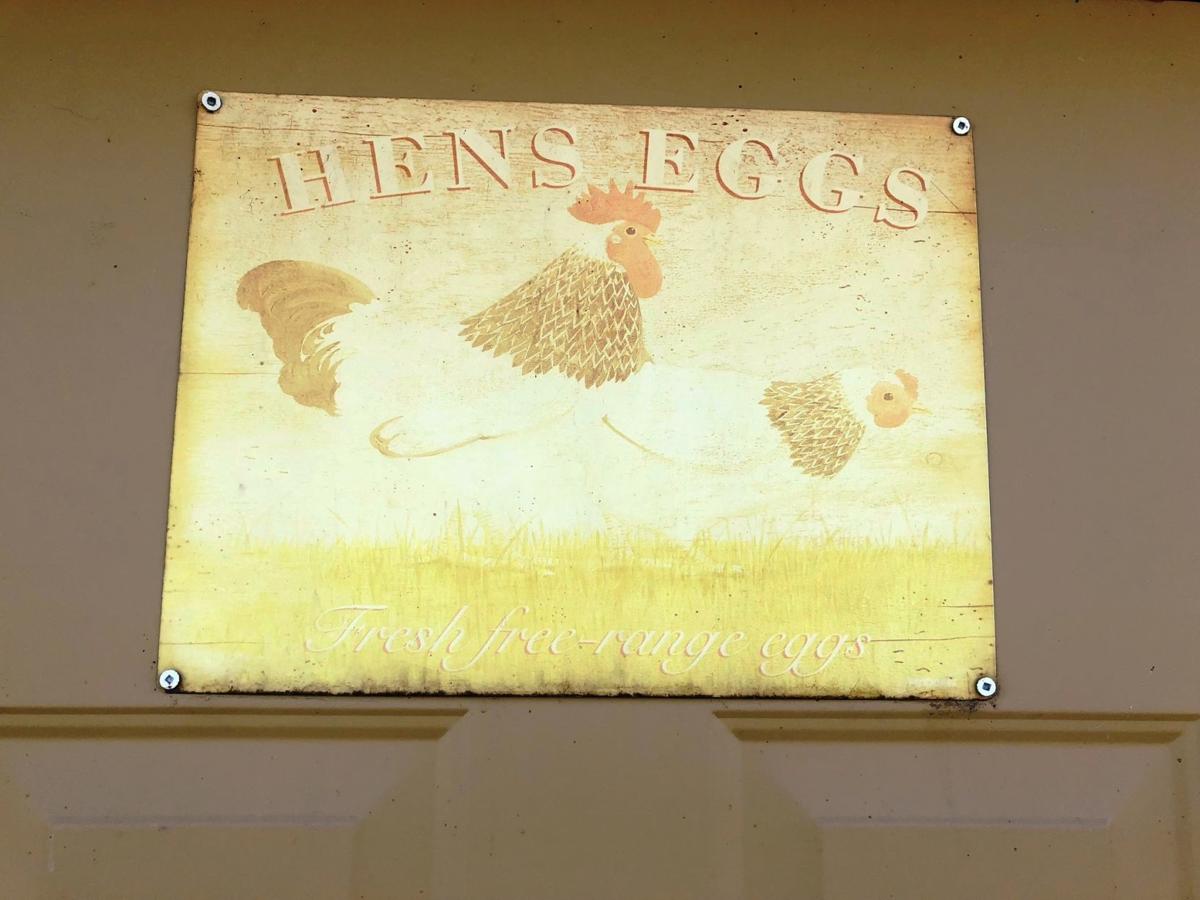 This is not just a happy place where eggs are collected. 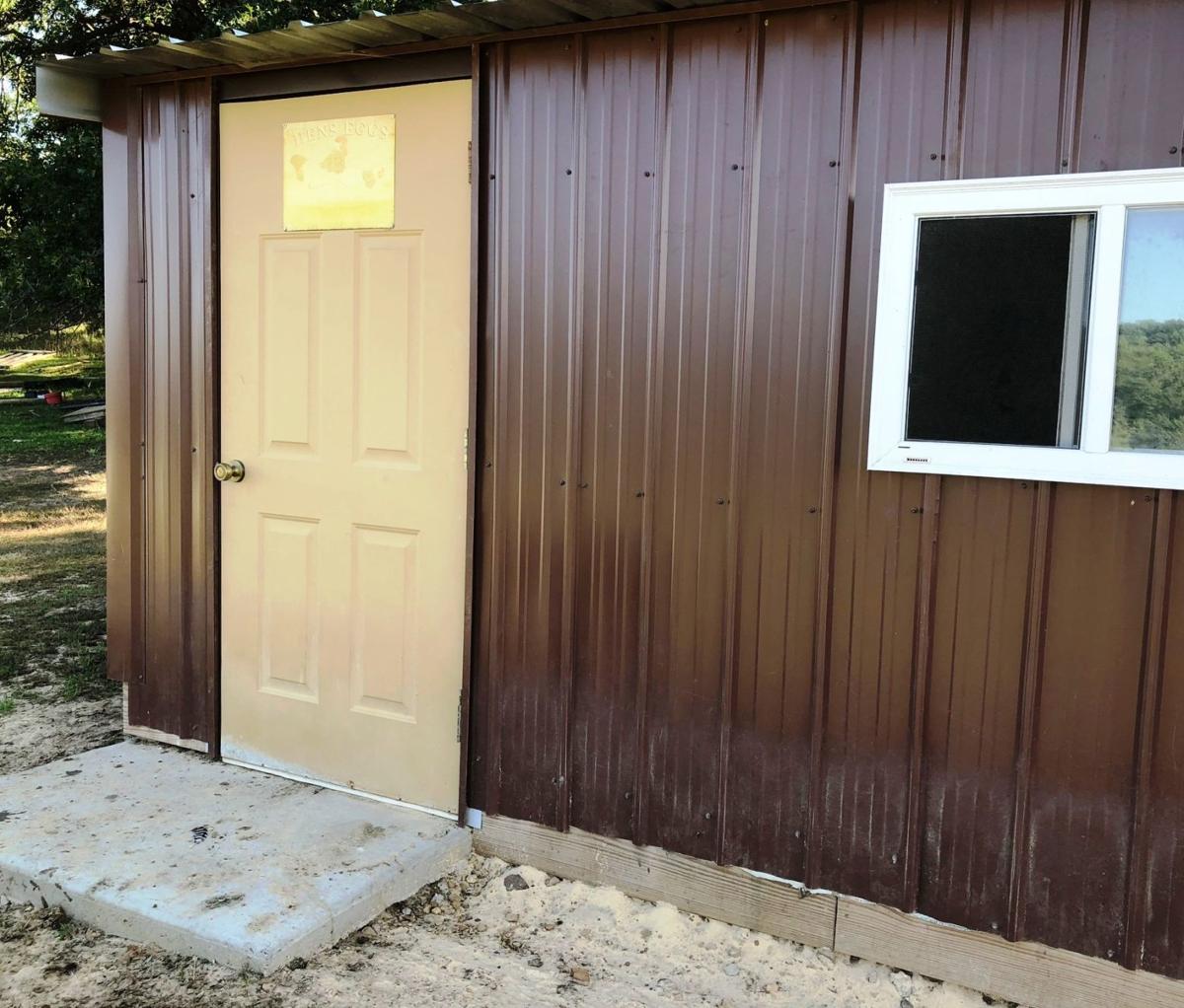 This is the location of the crime. 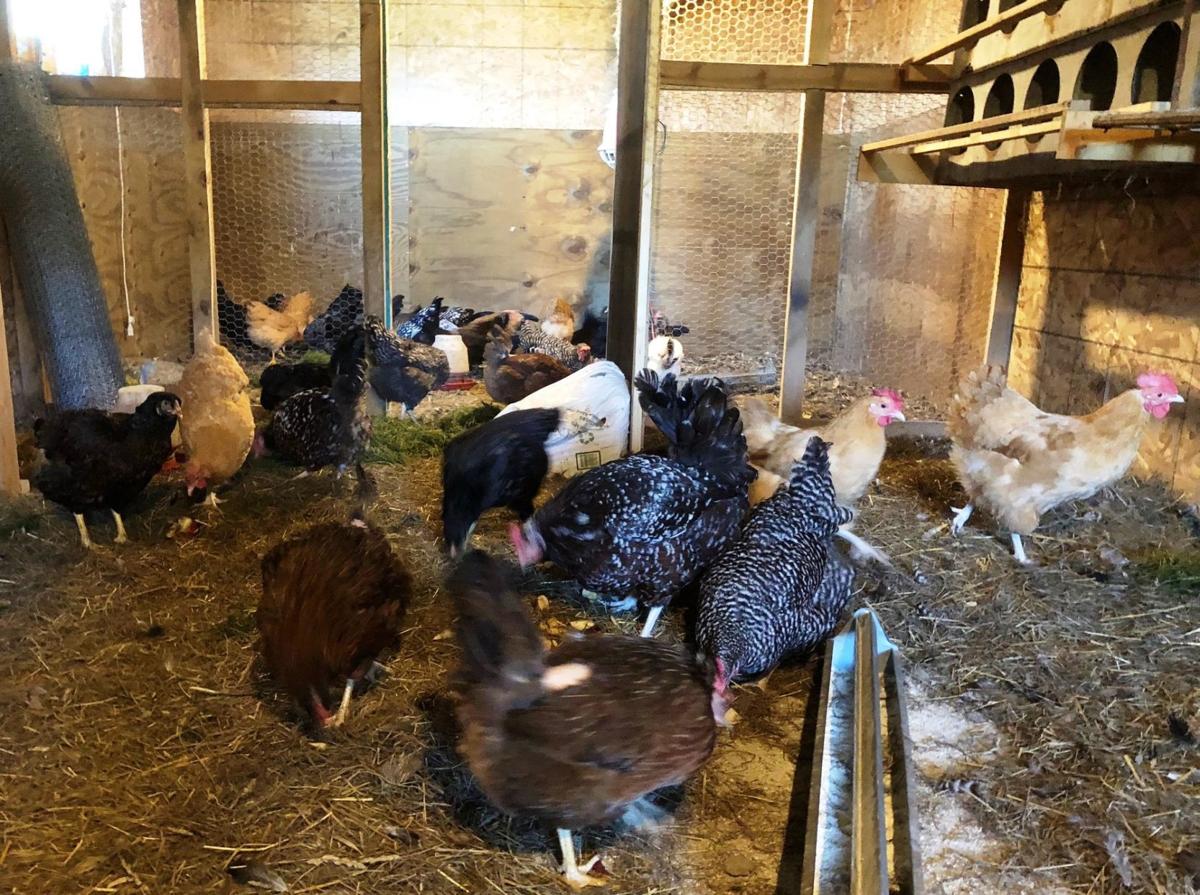 Each of these chickens is a potential suspect. 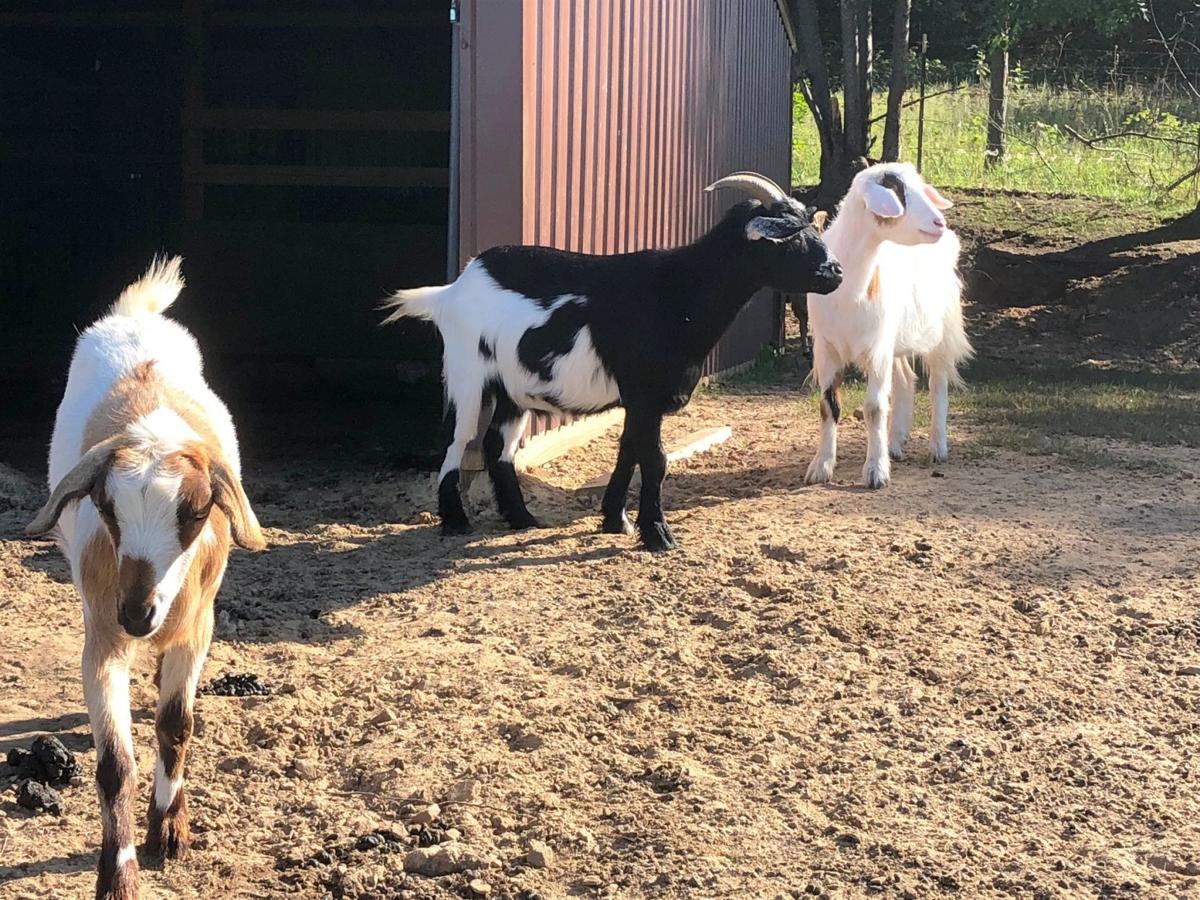 What do the goats know about the crime?

Call it a case of murder most fowl.

In three days, four of our young chickens were found — murdered — in the chicken coop. Since they were all the same breed, we are calling the killings hate crimes. There was no predator invasion that we can see, so the suspect remains at large in the flock.

Here are the facts:

Last week we released the young group of chickens to integrate with the rest of the hens. They had been raised since 1-day old in a separate part of the coop separated from the older hens. They had reached the age of 16 weeks, which makes them large enough and old enough to eat the same food as the older chickens.

Chickens — like some people — stress out over change. Clearly integrating a couple dozen young chickens with some older ones is big change. But we kept the door open to the back of the coop to allow a place of retreat for the younger chickens. There were three feeding stations and several waterers.

The factor we could not control is the social hierarchy of poultry flocks. Yes, what exists in many families also occurs with chickens. It’s the pecking order. Chickens use their beaks and peck to establish their dominance.

Usually the rooster rules the roost, but since we have only hens, the girls establish their own order. The older and wiser hens will be on the top and the young pullets are at the bottom. And since our chicks were raised together, they also had their own pecking order.

What we did was merge two pecking order systems, which is going to lead to trouble. I believe it’s the same thing that happens in a room full of junior high girls with the eighth-graders on the top of the roost and the seventh-graders just entering the coop. Just writing that last sentence makes a chill go down my spine. I can handle chickens.

Young hens who upset the system will be reminded with glares, pecks and will have their feathers pulled from the older hens — a reminder of who is on the top. Yet more aggressive younger hens will become dominant over the more timid older hens. The social ladder changes.

Unfortunately there are also bullies in the henhouse. They may not be on the top of the hierarchy, but for various reasons — boredom, sickness, overcrowding or stress — hens will resort to more than pecking. They become avian assassins.

Forget what you were taught about those docile, peaceful and happy chickens in those children books. Have you ever seen a cricket in a chicken coop? Chickens can be ferocious attackers, especially when they smell blood. A mob mentality follows and they will practice cannibalism. Two days after the flocks were brought together during the afternoon feeding we found three of our Houdan chickens dead. They had been fine earlier that morning. They were missing feathers and had been attacked with pieces of flesh missing.

A return of a mink? A logical question, but the new coop is pretty tight. And the heads were intact. The modus operandi did not match and the deaths were not nocturnal, the preferred time of attack for a mink.

What about the victims? Houdans are unique chickens with feathery crests and beards. They have five toes on each foot (most chickens have four) and are mottled white and black. Apparently the killer — or killers — didn’t like their fancy appearance, had toe envy or just didn’t like their attitude.

The only Houdan survivor was a rooster — what we thought was the only male in the batch of chicks we got earlier this summer. We figured he had enough moxie to evade attack. But two days later my wife Sherry found him dead — and one of his legs was missing.

We suspect it may have been the Old English Game Fowls, since they are an aggressive breed. But there’s a coop full of other older suspects — Barred Rocks, Speckled Sussex, Buff Rock, Welsummers and two Lakenvelders. Or perhaps the killer or killers came from amongst the new flock and were waiting for integration to make their move — Silver Gray Dorking, Golden Lace Wyandotte, Red Cap and Black Australorp. We even have one Golden Penciled Hamburg that Sherry has dubbed “Fräulein.” That was sent as a free bonus exotic chick from the nursery.

Many suspects with multiple motives. All equipped with the same weapon — a beak. Timeframe of the crime established. No security camera video footage available.

If there are further attacks we will put suspected offenders in jail and separate them from the rest of the flock. It may be innocent until proven guilty to land in the big house but it’s the other way around in the henhouse.

We’re sad that we lost our Houdans but there was one small consolation — it spared me from having to butcher the Houdan rooster in a few weeks. We hope that the pecking order is established and that the rest of the hen breeds can be happy together.

But there is one other mystery to solve. Remember when I said that we thought the Houdan was the only rooster? The other morning Sherry was walking away from the henhouse and heard a rooster crow.

What does Steve the goat know?

What will the next chapter bring?

One of the murder victims.

This is not just a happy place where eggs are collected.

This is the location of the crime.

Each of these chickens is a potential suspect.

What do the goats know about the crime?