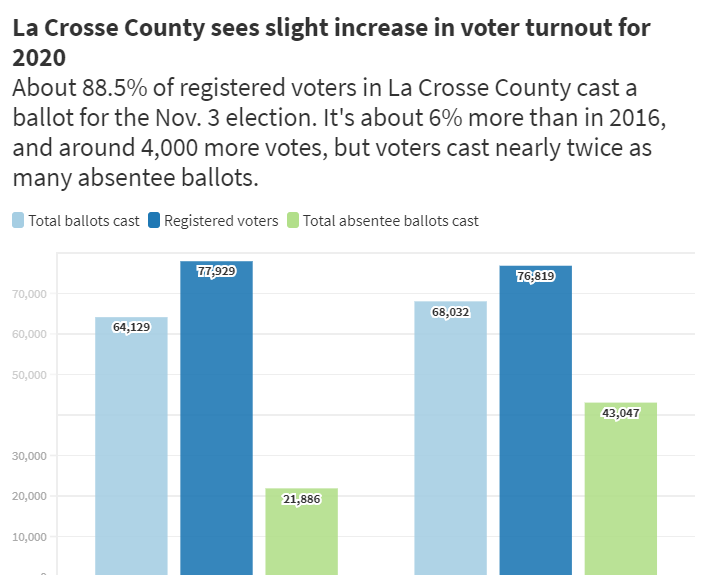 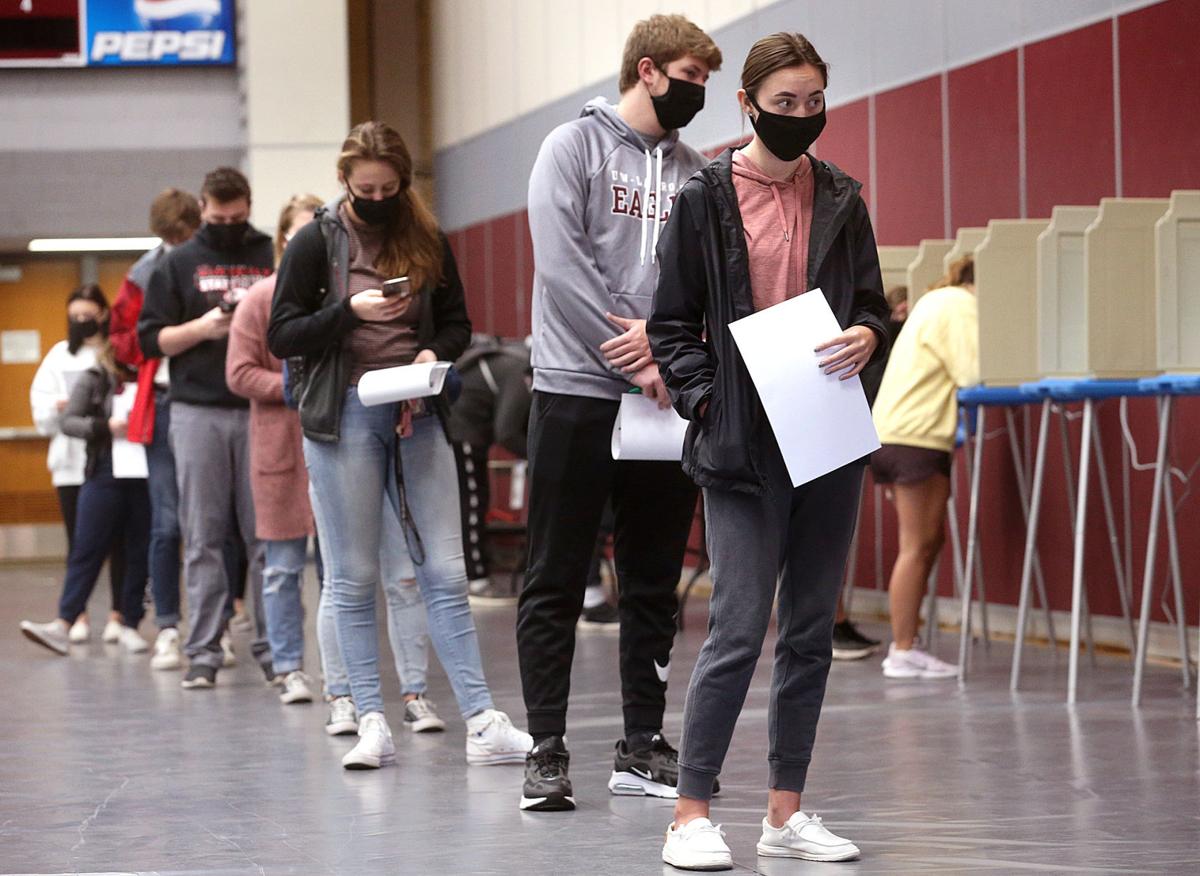 Voters wait to submit their ballots at the polling place at University of Wisconsin La Crosse’s Mitchel Hall.

Voters in La Crosse County turned out in high numbers for the Nov. 3 election, with 88.56% of registered voters casting ballots.

In total, 68,032 voters cast ballots for the race, with 46 of the county’s 55 precincts reporting at least an 80% individual turnout of voters.

“Quickly glancing back at some previous ‘big’ elections and this would be one of the highest ballot cast that we’ve had. 88% of registered voters is an amazing turnout. Not to mention having a record turnout in the midst of a pandemic,” La Crosse County Clerk Ginny Dankmeyer said, adding that they expected a good turnout.

But the biggest difference between elections, as was expected, is the amount of voters who cast absentee ballots instead of voting on Election Day.

The village of Rockland reported the highest precinct voter turnout for Tuesday, with 98.51%.

A final unofficial tally in La Crosse County was filed around 1 a.m. Wednesday morning, deciding several state Assembly races in the area, and while many national eyes were turning to Wisconsin, which is sure to help determine which candidate gets to 270 electoral tallies.

“The municipal clerks and all the poll workers did an amazing job. They not only handled lines of voters all day, numerous new voter registrations, curbside voting, but on top of all that, processed over 42,000 absentee ballots,” Dankmeyer said.

“Kudos to all of them and the extremely long day they had,” she said.

All final tallies are unofficial until the county canvas reviews them all and report a final report on Monday, Nov. 9.

Voters wait to submit their ballots at the polling place at University of Wisconsin La Crosse’s Mitchel Hall.