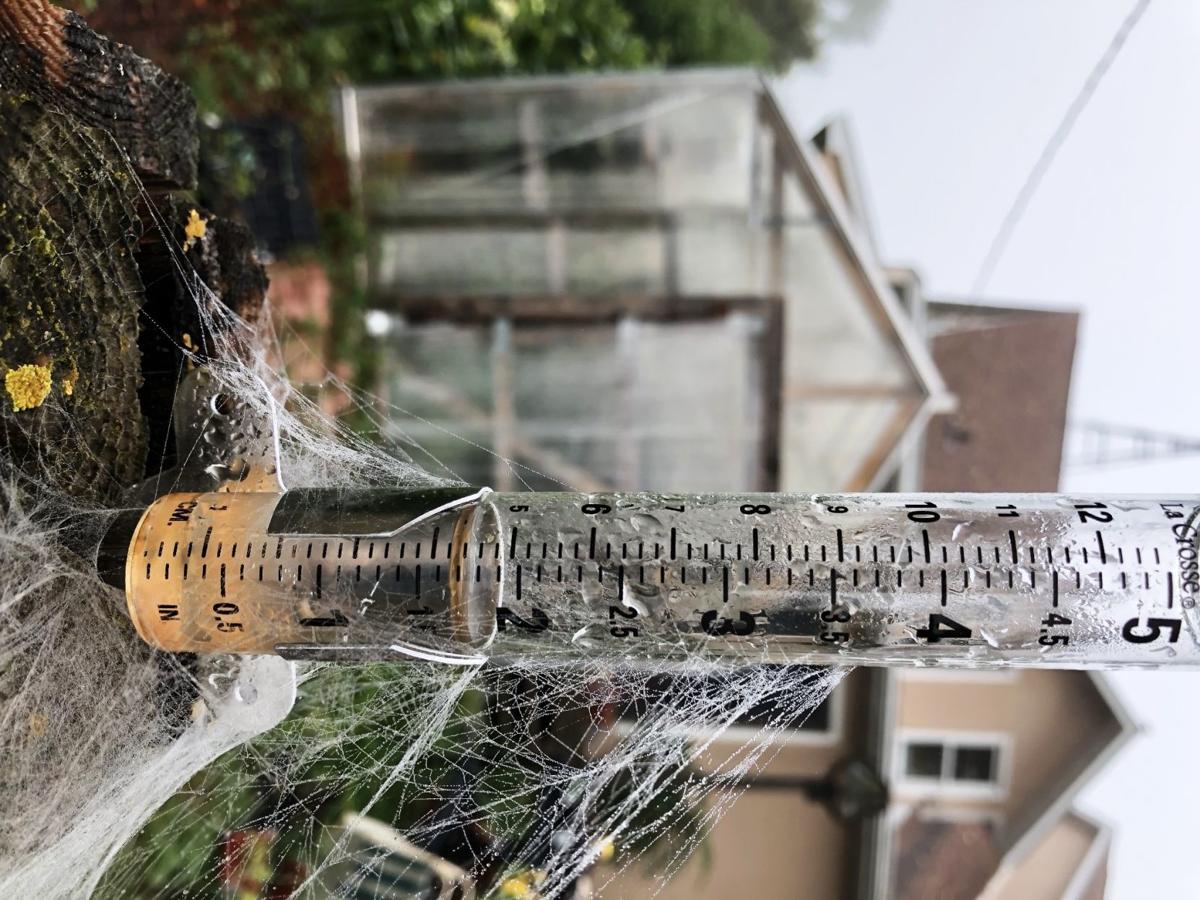 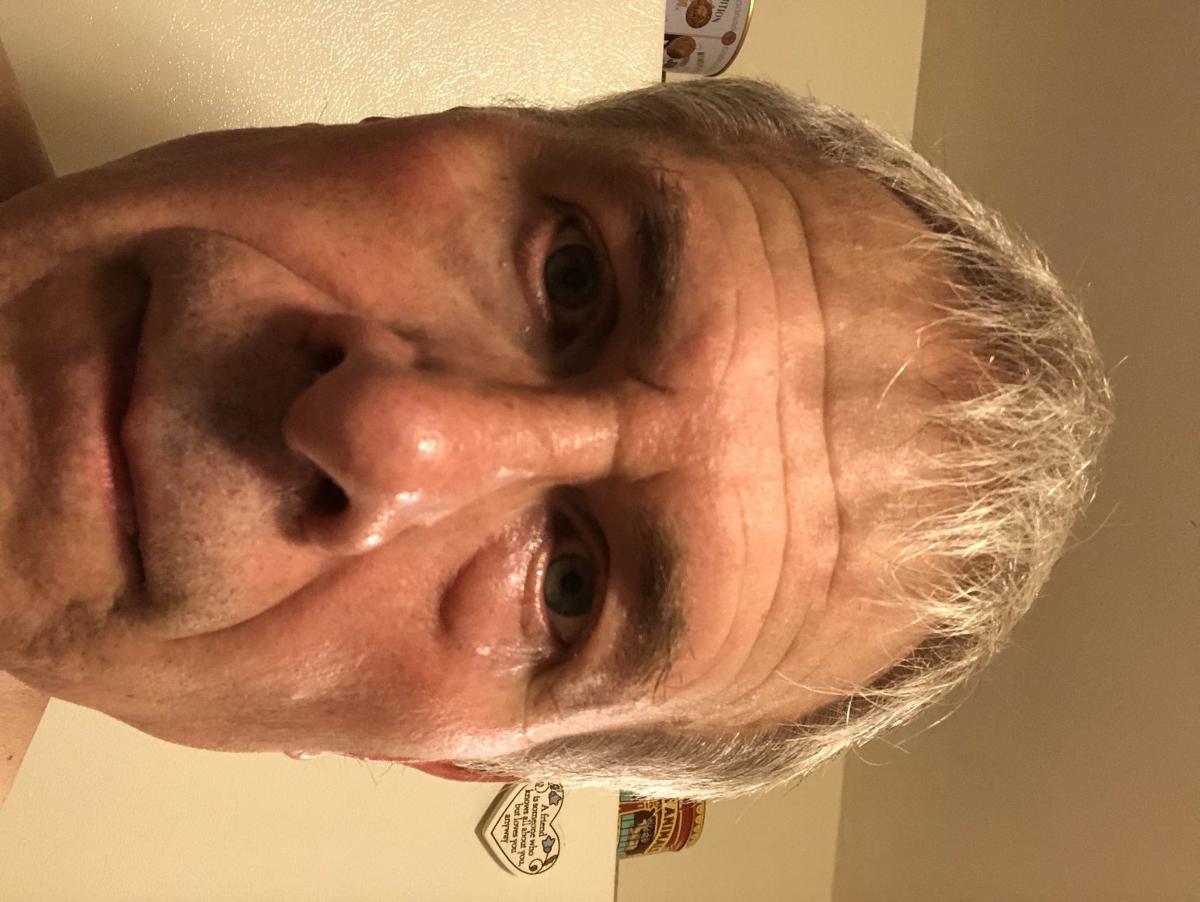 Swelling under Chris Hardie's left eye (not in the head) started within minutes after being stung by a wasp.

It was a hot summer afternoon. I was walking into the hay barn minding my own business.

She must have been a true professional. I didn’t even see the assault coming.

Swiftly she struck, driving a hot needle into my left upper cheek just below my eye. In a split second a toxic mixture of chemicals — including 5 percent acetylcholine — was injected into my bloodstream. Instantly my face started burning.

I cried out in pain but my attacker disappeared into the barn eaves. I pulled back, wary of another assault and looked for the enemy camp. Not seeing and being unarmed, I retreated to the house to deal with the hot, stinging pain.

I had been stung by a paper wasp. Already my face had started to swell.

Anyone who lives in the country and works around buildings will at one time or another have an encounter with stinging insects. They are much more active and aggressive as we move into late summer and fall.

Wasps, hornets, bees — they all sting. For the record, all hornets are wasps and some wasps are hornets. Bees belong in a different family, using pollen to make and eat honey. Bees are more like a romantic tragedy — they sting you once and die. Wasps are meat-eating predators who can repeatedly attack.

Only the female wasps and bees can sting. The males may look busy and angry but are incapable of actually doing anything. The only other kingdom in the animal world that behaves in a similar fashion are many male members of Congress.

Wasps are divided into two categories — social and solitary. The names are somewhat misnomers though — it’s the social wasps like yellow jackets, hornets and paper wasps that you don’t want to invite to the party because they are very aggressive attackers. Sort of like the lobbyists and special interest groups of the Vespidae family.

Solitary wasps like mud daubers also sting, but reserve their attacks for subduing prey and will not sting humans unless provoked. They are like the big- money groups that prefer to stay behind the scenes.

Stinging insects can be a serious matter though. The National Pest Management Association says stings send more than a half million people per year to the emergency room. Medicine.net says about 3 percent of people have an allergic reaction to the sting and 0.8 percent can experience life-threatening anaphylaxis.

A systemic allergic reaction may result in hives, vomiting, nausea, diarrhea and dizziness.

An anaphylactic reaction can result in wheezing, difficulty breathing and a drop in blood pressure that can lead to shock. It’s important to know when someone has been stung because these symptoms can also result from watching too much C-SPAN or presidential press briefings.

Anaphylactic reactions to stings usually occur within minutes and those with allergies should have an injectable epinephrine dose for treatment. My dad is allergic to bee stings and had to make an emergency visit once.

I was once stung on the ear by a wasp and had some mild reactions, so my doctor prescribed an epinephrine dose just in case. About 10 years ago I was mowing lawn and ran over a nest of ground wasps. I was nailed about six times before escaping and immediately went into the house.

I told my wife Sherry what happened and in about 2.5 seconds she tore open the medicine cabinet and was armed with the epinephrine ready to stab me in the thigh. I suppose that was a better reaction than running for the important documents file to see if my life insurance policy was up-to-date.

Before she impaled my leg I told her to wait a bit to see if I had a reaction. I took an antihistamine and other than a little dizziness — which is hard to discern from my normal mental state — I was fine.

Sometimes I can go a year or two without being stung, but this recent attack was the second in two weeks. The week prior I got drilled on my finger when I stuck my hand into a calf hutch that had been sitting there all summer. I even looked inside the hutch first, knowing it was a favorite spot for wasp nests, but I didn’t see the small nest just inside the opening.

That attack was understandable, as my finger just inches away from the nest was clear provocation. That wasp was standing its ground.

However, I will need to carefully survey the location of the barn attack. I was nowhere near any nest that I know of. A stealth attack is more concerning.

But I need to remember it’s campaign season. Applying logic to offensives simply makes no sense.

On the good news front, we finally received some rain. Nearly 1.7 inches fell on the farm last week, which was desperately needed. I hope other areas of the state in need of moisture also received a drenching.

The roughly $68 million expansion at the La Crosse Isle La Plume Wastewater Treatment Facility has officially begun, marking the start of a pr…

Stressing the importance of offering nutritious meals to children during the summer months, the School District of West Salem announced the sp…

When the hanging flower baskets went up May 26, it was through the efforts of the Centering Onalaska city beautification group and the City Pa…

Onalaska High School students of the month for May

Onalaska High School May students of the month.

Swelling under Chris Hardie's left eye (not in the head) started within minutes after being stung by a wasp.