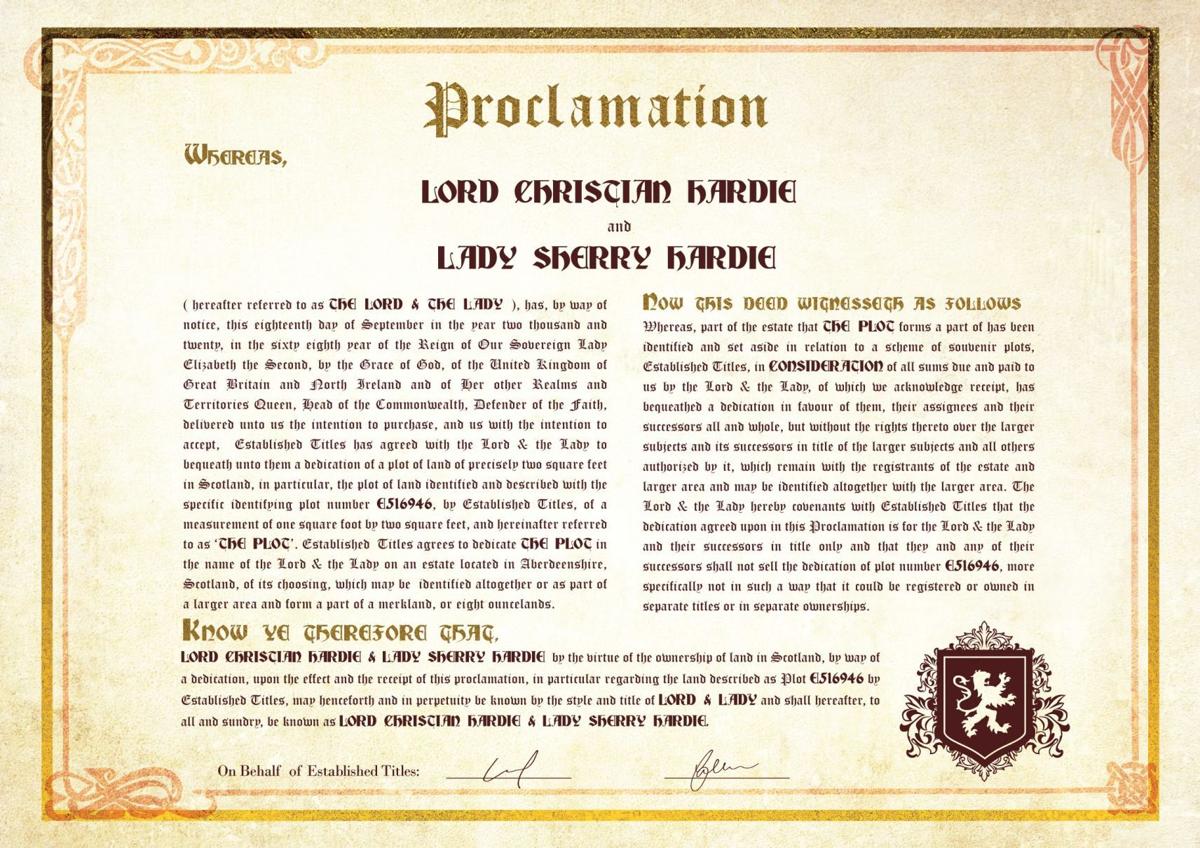 The certificate certifies our Lord and Lady title with ownership of Scottish land. 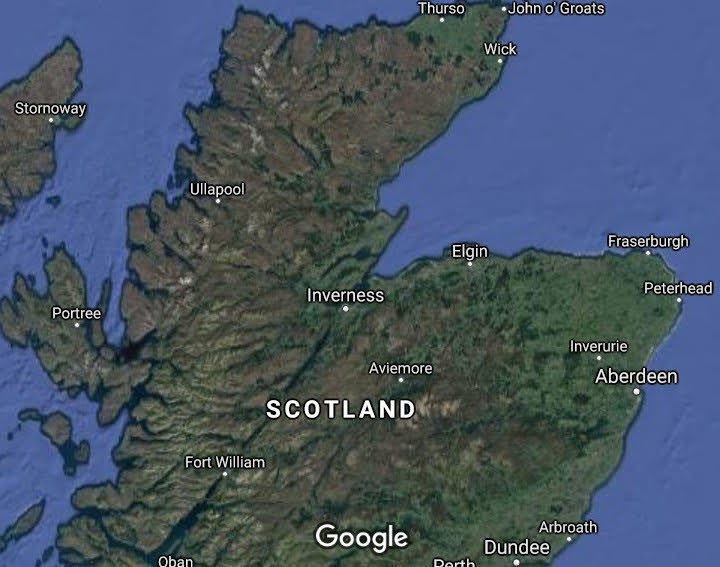 The land -- all two square feet of it -- is located in the northeast part of Scotland near Aberdeen. 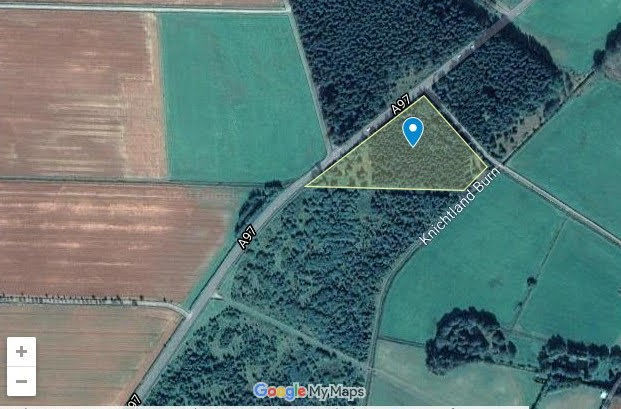 This Google map shows the location of our Scottish estate. 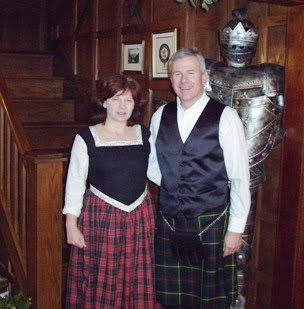 I’ve been called many things in my life — many delivered with colorful metaphors that would make a farmer blush.

Most were delivered when I sat in an editor’s chair and a reader was upset and emotional about a story in the paper. I never took it personally.

But now I can add a title to my name that would have made those callers’ heads explode: Lord. Yes, I have been officially proclaimed Lord Christian Hardie because I am a Scottish landowner.

I do have Scottish ancestry. My great-great-great grandparents James and Margaret Hardie came from Scotland to Maryland in 1852 and two years later settled in southern Trempealeau County, Wis., east of Galesville along the Black River to the area now known as Hardie’s Creek.

I did not inherit a Scottish estate that gave me the title of lord. Grandpa James’ parents died when he was a boy and he was skint, having to work as a herd-boy and farmer until coming to this country.

No, my new title comes from the time-honored tradition — especially in politics — that what you don’t have you can always buy.

Well, actually “we” bought it lest I forget that it was Lady Sherry Hardie’s idea. I may wear a kilt at times, but I won’t forget who wears the pants.

We are now the proud owners of a swath of titled land in the northeastern Scottish countryside that stretches the horizon for a grand total of two square feet. By virtue of purchasing this vast estate, we are entitled. It says so in an official proclamation that proudly hangs on our wall.

“Know ye therefore that, Lord Christian Hardie and Lady Sherry Hardie, by the virtue of the ownership of land in Scotland, by way of a dedication, upon the effect and receipt of this proclamation, in particular regarding the land described as Plot E516946 by Established Titles, may henceforth and in perpetuity be known by the style and title of Lord and Lady and shall hereafter, to all and sundry, be known as Lord Christian Hardie & Lady Sherry Hardie.”

This wasn’t an entirely selfish purchase. We also helped pay for a tree being planted to preserve and protect woodland areas of Scotland.

Our land is located in the county of Aberdeenshire and is classified under Scottish land law as a souvenir plot — too small to be registered with the Scottish Land Registry. It is part of a larger area that forms a part of a merkland, or eight ouncelands.

A merkland is an old Scottish land unit measurement that was once tied to the value of a coin. In some places, eight ouncelands were equal to one merkland — not to be confused with the pennylands or hide, league, link, chain, pole and rods. It’s about as clear as the peat on the bottom of a bog.

A 1929 legal document says: “In almost all townships, merklands came to have a stereotyped relation to the pennylands (so many marks going to the pennyland — without any odd fraction over), despite all fluctuations in the value of land. As the usual number of merks per pennyland was four (outside the North Isles), merklands frequently became confused with farthing lands.”

Legal or not, the traditional upper class in Scotland doesn’t take too kindly to folks who think they can make themselves a peer of the realm. Scots common law allows for anyone to call themselves anything they like.

A true lord (or laird, as the Scots say) in the view of the Court of the Lord Lyon is applied to the owner of an estate or someone living and working on the estate. It is a description, not a title, and not appropriate for the owner of a normal residential property “far less the owner of a small souvenir plot of land.”

For those keeping score, a laird ranks below a baron and above an esquire. And don’t even try to register a coat of arms. Anyone wanting that without living on real estate will be rejected.

“The ownership of souvenir plots of land of a few square feet or thereby is insufficient to bring anyone within the jurisdiction of the Lord Lyon King of Arms.”

Being a lord and lady has some cachet that may score us better seats in restaurants. It certainly fits with our Scottish themed inn, winery and wedding venue.

Someday we hope to visit our land, which contains rowan and ash trees, along with white wildflowers and purple thistles. We’ll have a picnic with a flask of Speyside whiskey.

I hope the neighbors are gone that day as our picnic blanket will likely invade several estates. But we won’t be trespassing, as the land is kept open under Scottish law that grants public right of way over certain privately owned land for recreational enjoyment.

I think I’m going to like being a lord. But I’ll try to keep perspective. Milady just reminded me that the chicken coop needs cleaning.

Developers of the new Greenfield Addition in West Salem are celebrating completion of the infrastructure improvements for the 15-acre site, si…

Chris Hardie: You can’t always do it yourself

It was the moment of truth as I stood before the circuit breaker box ready to re-energize the power to our house.

The certificate certifies our Lord and Lady title with ownership of Scottish land.

The land -- all two square feet of it -- is located in the northeast part of Scotland near Aberdeen.

This Google map shows the location of our Scottish estate.