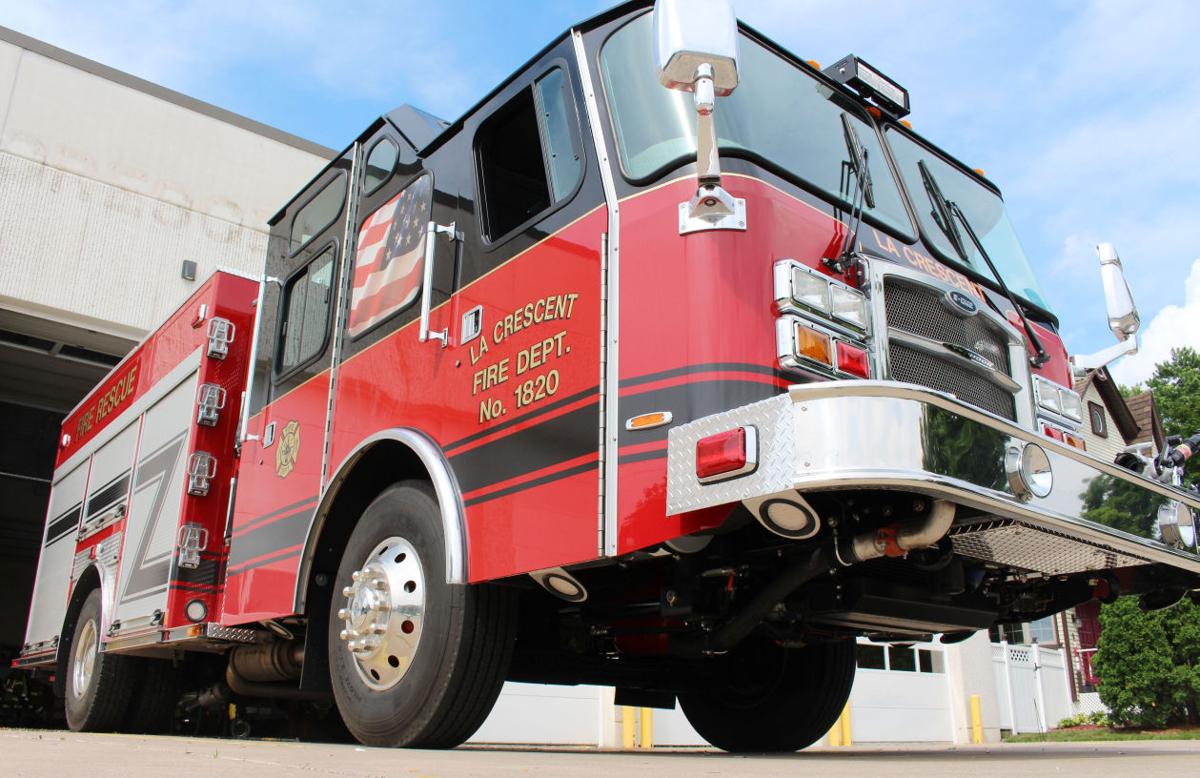 The city of La Crescent recently purchased a new $442,000 fire truck for use at the fire department. The truck is four years in the making, as the department took time customizing its features to best fit its purposes. 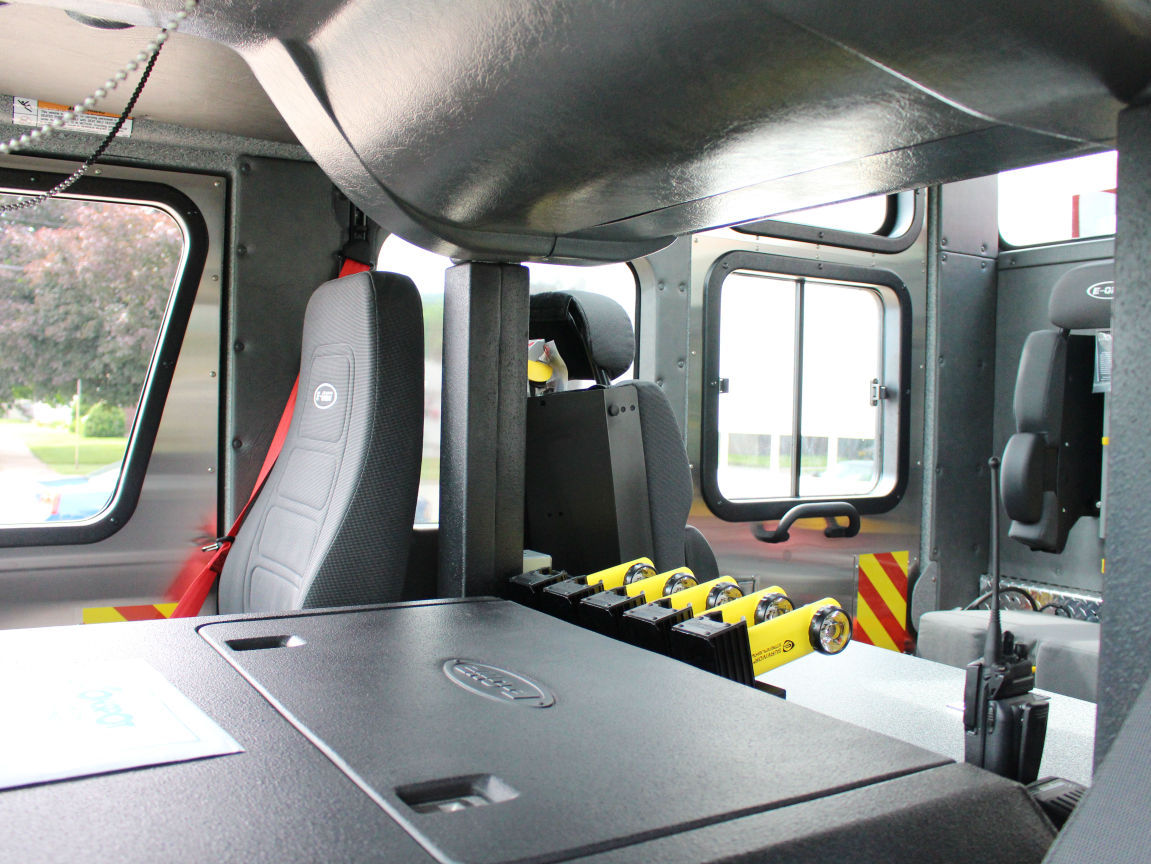 A view inside the cab of the La Crescent Fire Department’s new truck.

There’s a new addition to the La Crescent Fire Department, and it’s a hard one to miss.

The custom-made, $442,000 E-ONE fire truck, which arrived a couple weeks ago after three years of planning, is not only a great source of pride, but includes some vital improvements in technology and safety.

“If you look at the side, just look how tight the wheels are,” said Mayor Mike Poellinger, who’s been on the fire department since 1980.

The truck is designed to carry rescue, as well as firefighting equipment. It’s taller, so all the equipment (such as the Jaws of Life equipment) can fit inside.

“In the winter time, what happens is, all that equipment gets full of ice,” Poellinger said.

The truck also holds seven firefighters, as well as a full pumper. That’s important to the 28-member department, which goes out on more than 300 calls a year and services a 7,000-person area.

Assistant Fire Chief Terry Meyer said the E-ONE truck was built from the ground up; they laid the frame out and built the cab and chassis separately.

Meyer was on the eight-member committee that helped decide what the truck would look like and carry inside, as well as its budget.

“There’s plenty of room to stage inside,” he said.

It’s temperature-controlled, which is especially important in the winter, with imaging cameras on the ready. There’s also an air tank on each seat, allowing firefighters to get dressed and prepared on their way to the scene.

“You get to the fire and they’ll be all ready to go,” he said.

The person driving the new truck will also be its pump operator. The way the front is designed, as well as the placement of the wheels, allows for a tighter tuning radius, which helps with rural fires and new subdivisions.

Back in 2000, the last new truck came in, so it was time to keep up with technology and bring in this new addition. The city bonds for a project like this, Poellinger said, so the equipment is bought up front and paid for over a number of years.

“In the last few years, because of the economy, the rates of bonds are so low, they’re actually less than the price index,” Poellinger said.

In this case, the project was financed for less than 3 percent, which is a good thing because the truck is more than $100,000 more than the last new truck they bought.

The city’s ISO rating, done every 10 years, also played into the decision to invest in a new truck. The ISO rates the city’s ability to supply water, as well as its number of adequate resources, hydrants and even pumping capacity.

“Age of equipment falls into it,” Poellinger said. “The magic number is, a piece of equipment has a 20-year life cycle because of technology, and those types of things.”

The new truck is replacing another that was built in the 1980s and came to La Crescent in the early 90s. It still has value, he said, and will be resold to another fire department.

Meyer and Poellinger said the new truck was built with safety in mind, and that’s clear to see in some of the details, such as the pump control panel being on the ground, preventing accidents and danger when placed higher up on the truck.

“For us, with the reconfiguration of the interstate highway, there’ll be seven bridges out there,” Poellinger said.

That means more chances to get called out, which now rests between seven to 15 times a year under normal circumstances. The department ends up on a lot of accident calls.

Chief John Meyer said the truck will dramatically change the department’s ability to respond, as it’s a rescue and fire vehicle all in one. And with the changing trends in equipment, it was time for an update.

Meyer said the truck, which is one of 600 delivered by E-ONE during the year, is so impressive that the company is sending in a professional fire photographer from Chicago, Ill. to shoot a picture of it for their annual calendar.

The city of La Crescent recently purchased a new $442,000 fire truck for use at the fire department. The truck is four years in the making, as the department took time customizing its features to best fit its purposes.

A view inside the cab of the La Crescent Fire Department’s new truck.