Become a Member
Read Today's E-edition
Share This
Rural businesses, homes depend on alternative fuels to stay warm
0 Comments
Share this
1 of 2 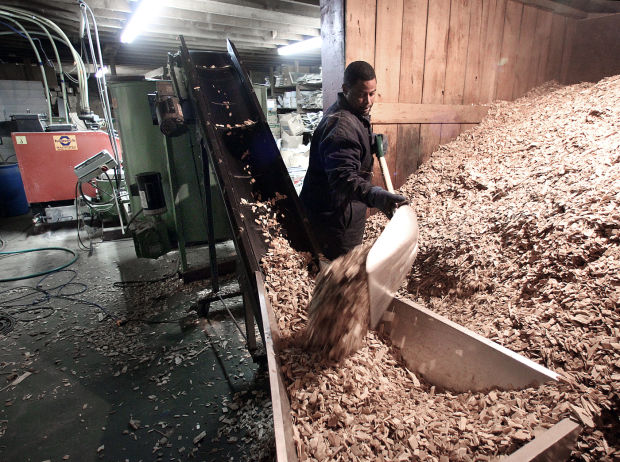 Tim Burns scoops wood chips onto a conveyor to fill the hopper of the furnace at Hokah Hardware. Four tons of the white oak chips will heat the store for about a week during the winter. 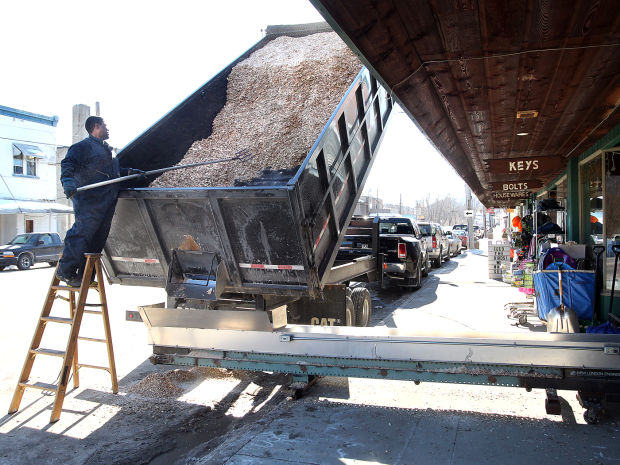 Tim Burns unloads wood chips for the wood-burning furnace at Hokah Hardware. Co-owners Carol Moore and Don Bissen were spending too much money burning fuel oil, so they switched to wood.

Carol Moore isn’t sure how old her hardware store is, but she knows how hard it can be to keep it warm in the winter.

Moore and her brother Don Bissen have owned Hokah Hardware for about the last quarter century, but Moore guesses the original structure is at least 112 years old.

But even with area temperatures dipping to minus 8 Friday, the store’s labyrinth-like confines were toasty. That wasn’t always the case when the store burned fuel oil for heat, Bissen said.

“We had two oil furnaces in here, and we couldn’t keep it warm,” Bissen said.

Most homes in Minnesota and Wisconsin, roughly 70 percent, use natural gas for heating. Residents and businesses in rural areas often depend on propane, fuel oil or biomass alternatives if they aren’t connected to a pipeline.

Heating the drafty old building can be expensive. Moore and Bissen used fuel oil furnaces until a few years back, when he found the Polish wood-burning boiler online.

“You can almost see the wind blow through,” Moore said.

The pair have spent more on heating this year than in previous years because of the cold, but it’s nothing compared with the cost of using fuel oil, Moore said.

Bissen parked a dual-wheeled pickup towing a container of white oak chips near the front entrance. The four-ton load will last about a week in this cold, Bissen said. Compare that to the three tons burned every hour for electricity and heating at Gundersen Health System’s La Crosse campus. Both use wood chips from a Houston-based supplier.

A floor-to-ceiling pile of wood chips filled Hokah Hardware’s basement with an earthy smell. A shovel rested against the wall, next to a conveyor belt feeding into the boiler.

Town of Gale, Wis., resident Duane Strelow also doesn’t have access to natural gas, but he depends on another type of fuel to keep his rural Wisconsin home warm in subzero temperatures. His home is one of about 450,000 in Minnesota and Wisconsin that use propane.

Propane heats Strelow’s house, his stove and his water. He said he paid about twice as much to stock up on propane last week as he did the last time he bought propane, the day after Thanksgiving.

And with the severe cold of January and February, Strelow expects to go through more of the increasingly costly fuel.

Propane prices skyrocketed the second week of January and peaked near the end of the month at $4.86 per gallon, before tapering a bit last week, according to the Wisconsin State Energy Office.

Lawmakers from the northern states have called on the White House for help.

Gov. Mark Dayton and Wisconsin Gov. Scott Walker joined four other Midwest governors in successfully lobbying the Obama administration to temporarily ease restrictions on transporting heating fuels. Dayton issued an emergency executive order Feb. 6 freeing propane haulers from regulations that normally restrict when they can be on the road.

As propane prices soared, Minnesota and Wisconsin were awarded an extra $30 million through the Low Income Home Energy Assistance Program.

“Really it came about because of the propane crunch,” said Tom Miller, economic support supervisor for the La Crosse County Human Services Department.

Tim Burns scoops wood chips onto a conveyor to fill the hopper of the furnace at Hokah Hardware. Four tons of the white oak chips will heat the store for about a week during the winter.

Tim Burns unloads wood chips for the wood-burning furnace at Hokah Hardware. Co-owners Carol Moore and Don Bissen were spending too much money burning fuel oil, so they switched to wood.