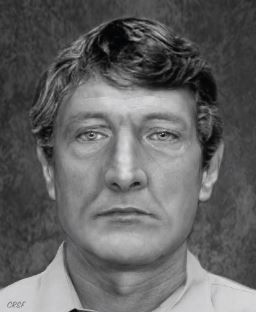 Authorities still are working to identify a man whose body was discovered in Jackson County in 1978. 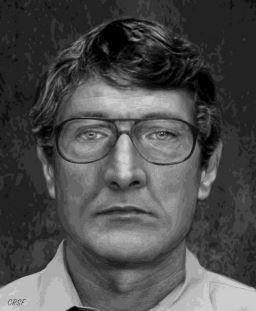 Authorities hope a forensic sketch developed from the skull of an apparent homicide victim will help solve a decades-old unsolved case.

The Jackson County Sheriff’s Department last week released two sketches of what they believe a man may have looked like more than 30 years ago when his body was discovered in a remote area of Jackson County.

Investigators hope the sketch and the victim’s DNA profile and dental records, which are now available in a national missing persons database, will be a key in solving the case that started when loggers discovered a body in August 1978 in the town of Knapp.

“I think we’re making pretty good progress on the case,” said Kelly Bakken, a detective with the Jackson County Sheriff’s Department. “Right now, it’s getting the information out there to the general public and getting people to contact us and say that looks familiar, I know who that might be.

“That’s really kind of a key for us right now.”

The loggers found the remains, believed to be from a man approximately 28 to 52 years old, with a post-style earring nearby. The skull was found exposed to the elements about 10 feet away from garbage bags that were secured with twist ties and masking tape and wrapped with a chain to create a makeshift carrying device.

The origin of the earring was never identified, and last year the sheriff’s department was able to solicit the assistance of the University of North Texas Health Science Center where DNA profiles and other testing was to be conducted.

A forensic artist created the computer-generated sketches, now giving authorities and the public an approximation of how the victim may have appeared 37 years ago. The victim’s hairstyle, presence or absence of a beard, mustache, eyeglasses and eye color are unknown.

“I feel the quality of the sketch we have now that we just released is good,” Bakken said. “It’s more scientific because they’re able to use certain standards to develop it.”

The 1978 cold case was one of two that authorities announced last year they were rejuvenating in hopes of solving them. The other case began in October 1990 when a person hunting mushrooms discovered a young woman’s arms, legs and part of her chest in plastic bags in two shallow graves near the Bauer and Airport road area in the town of Brockway.

Authorities are unable to acquire a sketch because the woman’s skull was never recovered. A DNA sample wasn’t taken 23 years ago, but authorities exhumed her body last year from a grave at Riverside Cemetery in hopes that the new technology would provide better assistance in revealing her identity.

Scientists weren’t able to get a complete DNA profile, but authorities have resubmitted bones again in hopes of getting a stronger profile, Bakken said.

“The chances of her getting her identified are much greater with a complete profile,” Bakken said. “We’re waiting again on that.”

The sheriff’s department, along with the state Division of Criminal Investigation, hopes the new developments will push the cases forward.

Anyone with information on the identity of the apparent 1978 homicide victim is asked to call the Jackson County Sheriff’s Department at (715) 284-9009.

Authorities still are working to identify a man whose body was discovered in Jackson County in 1978.