Become a Member
Read Today's E-edition
Share This
Chris Hardie: Surviving a bit of a dry spell
0 Comments
Share this
1 of 3 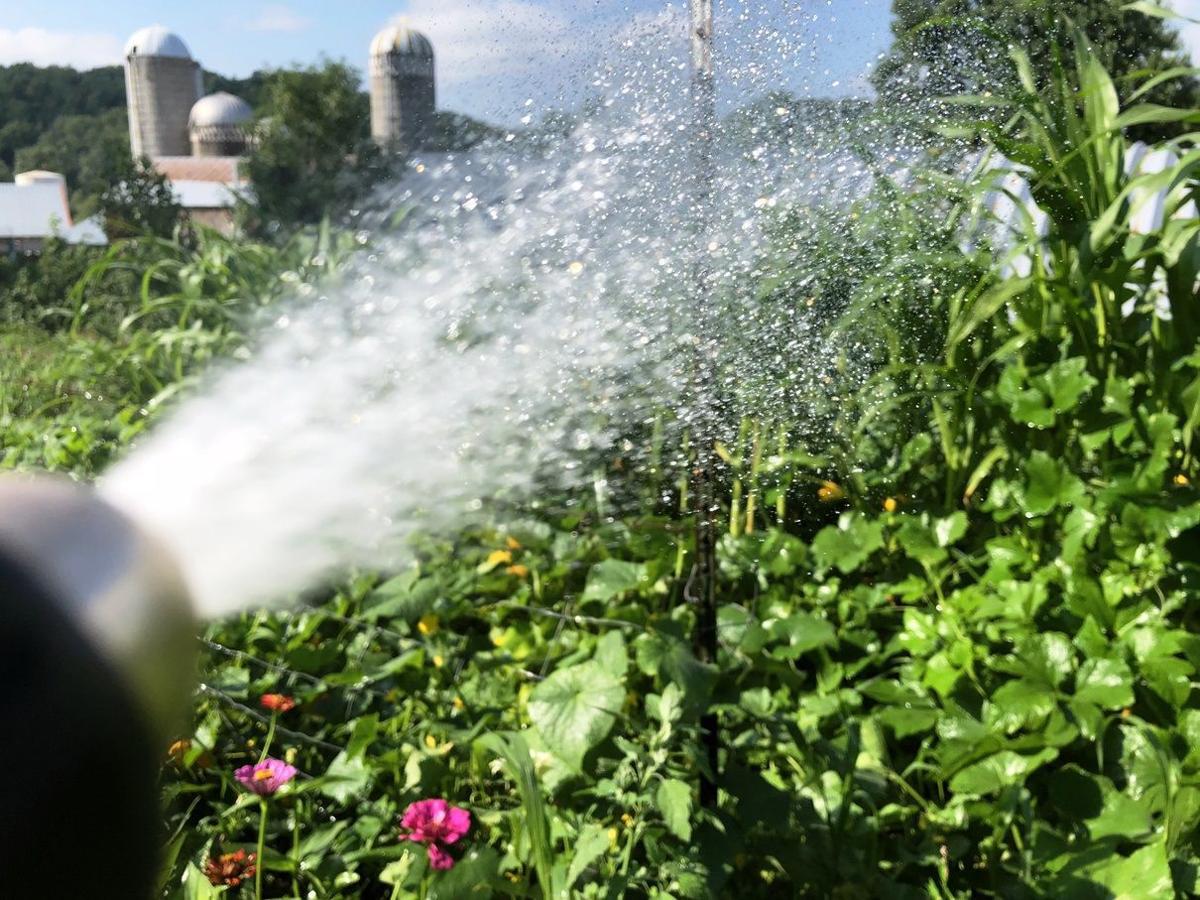 The vegetable garden needs watering during this dry spell. 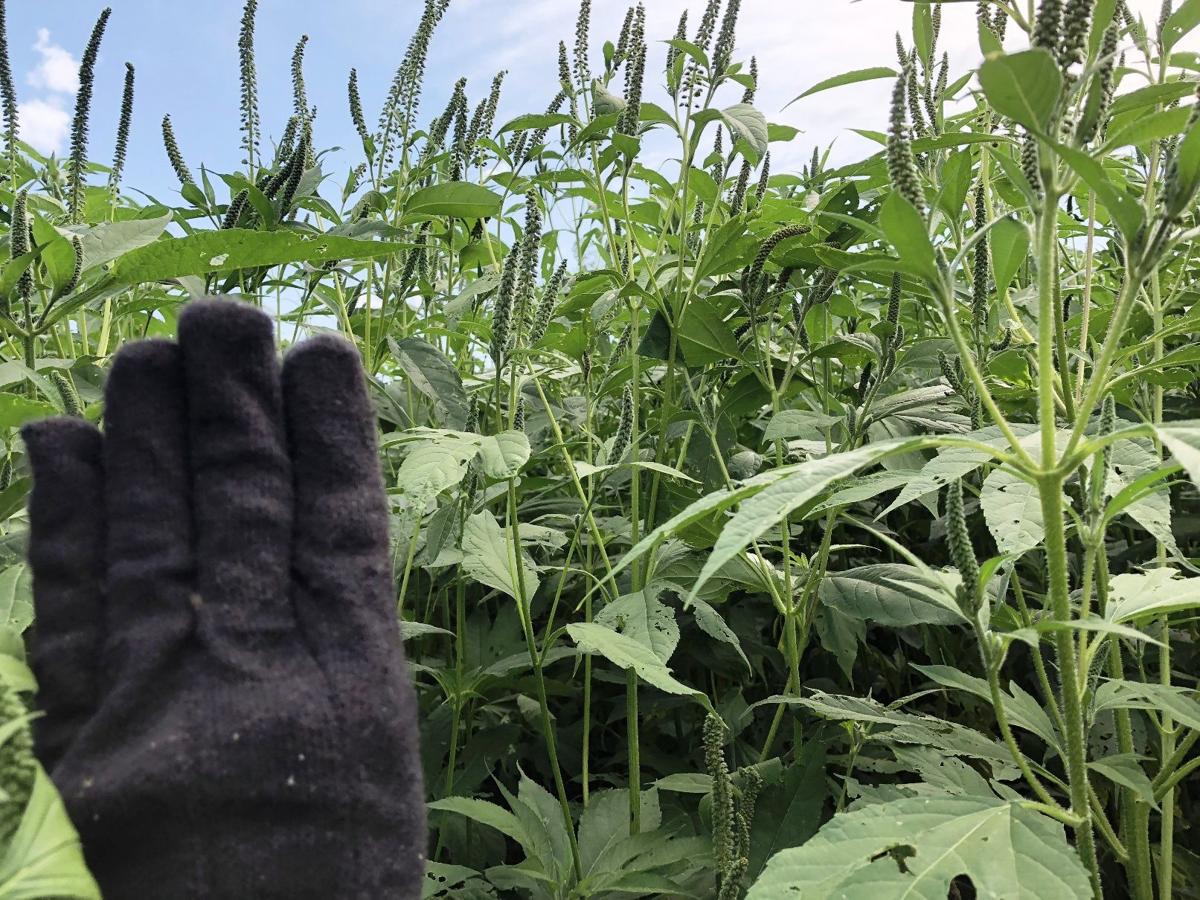 The giant ragweed is well above the reach of Chris Hardie. 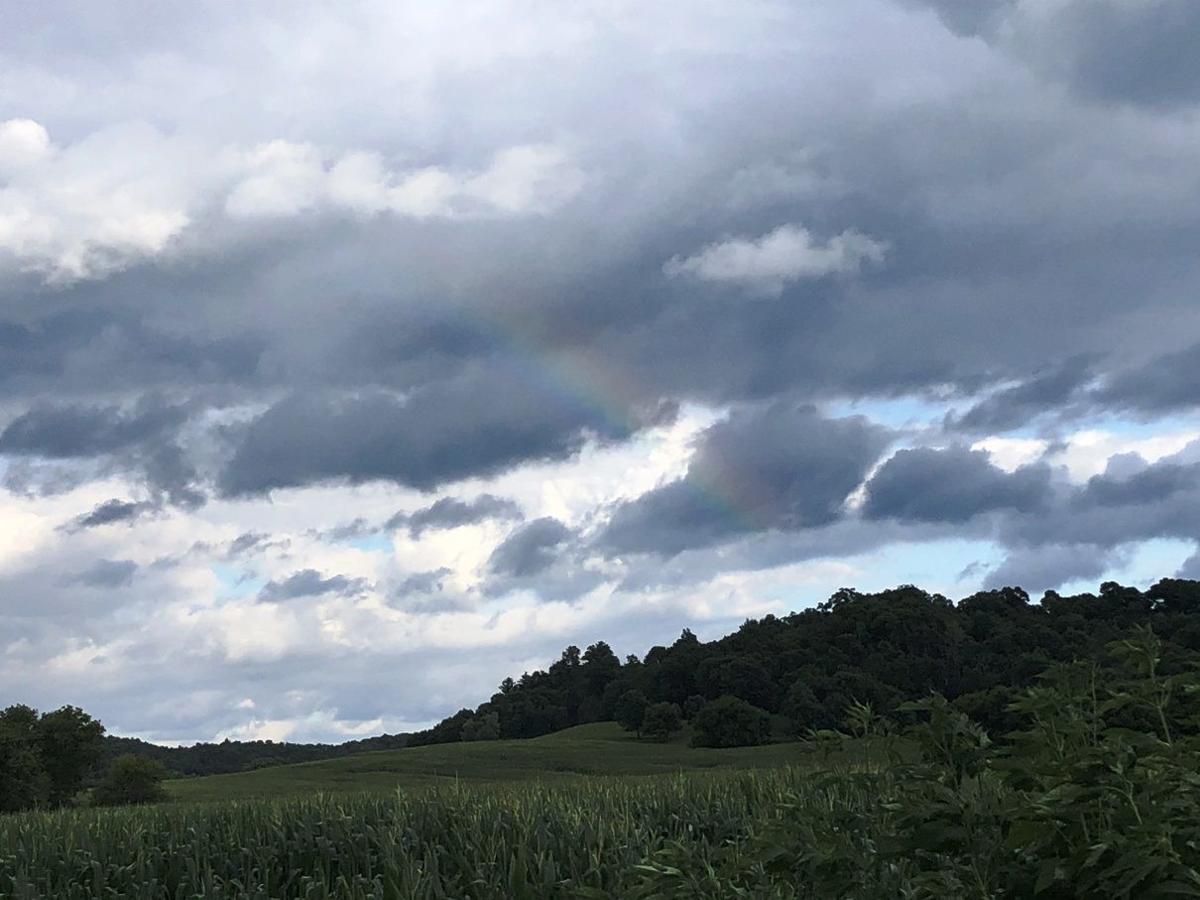 A bit of a rainbow but no rain over a Trempealeau County cornfield.

Perhaps the only thing these days as moody as presidential tweets is the fickleness of Mother Nature.

It seems like it was only a few weeks ago that I was complaining about the fact that it seemed to rain every other day, making it hard to bale hay. My how times have changed.

Yes, I like to complain about the weather — anyone with dirt running through their veins always does — but this latest dry weather is more than just perception.

The National Weather Service said as of Aug. 2 a good chunk of Wisconsin from west-central, east northeast and northeast Wisconsin was classified as “abnormally dry.” Those parts of the state from June 1 through July 31 had between 4.5 and 10 inches of rain, resulting in deficits of up to 4.5 inches.

Technically speaking, abnormally dry is short-term dryness heading into a drought. There are lots of curled cornfields and the pastures in sandy soil like mine have stopped growing. Much of my grass has turned brown, which means I’m already turning to my winter hay supply to feed the sheep, goats and donkeys.

Long before meteorologists had terms like abnormally, dry farm folks would say we’re in a bit of a dry spell. You expect every summer to have one or two. It just goes with the territory and it’s no big deal. In fact, a little dry spell earlier in the year forces the corn to put down deeper roots.

Of course I’m counting on by the time this is column is published it will already be rendered moot (which is how some view it every week anyway) by some significant rains. But lately the storms have been spotty and have only dropped a few tenths here or there — not enough to really soak the ground.

I’ve watered the garden a few times and have been moving the sprinkler around to keep some water on the parts of our lawn that were seeded this spring. Otherwise the lawn looks like a patchwork of green and gold — all that’s missing is a big “G” and I’d be ready for some preseason football.

When a dry spell turns into a full-fledged drought — that’s bad. The last major drought was in 2013, which was a year of extremes. That May we had 8 inches of rain and then after July 1 had very little. From July 1 to Sept. 1 that year, only 2.4 inches of rain were measured in La Crosse.

I also remember the drought in 1976, when 17.47 inches of rain fell the entire year, making it the third driest year ever. That prompted my dad to drill a high-capacity well and purchase a traveling gun irrigation system. While we couldn’t reach all the fields, we had enough aluminum pipe to carry water nearly a mile away.

So far the pasture for our Scottish Highland cattle is holding up. But an even bigger challenge will be treating them for an outbreak of pink eye. I will need to build a sturdy pen and invest in a tranquilizer gun.

Why so much fuss? The treatment for pink eye is to inject medicine into the eyeball. I suspect the cows aren’t just going to stand there while a needle is poked into their eye. Since I can’t get them into the barn this time of year, I need somewhere to round them up.

I started working on the pen last week and had to battle a forest of giant ragweed or horseweed. The prolific plants can reach up to 16 feet tall and are the scourge of hayfever sufferers with pollen containing antigens.

The good news is that cows and sheep like to eat the plants. The bad news — and I don’t like to use chemicals anyway — is that the weed is becoming resistant to herbicides. So it looks like some clipping with the brush hog mower may be in order before I can build my pen.

I don’t know. Just thinking about all of this work is making me “abnormally tired.”

The vegetable garden needs watering during this dry spell.

The giant ragweed is well above the reach of Chris Hardie.

A bit of a rainbow but no rain over a Trempealeau County cornfield.