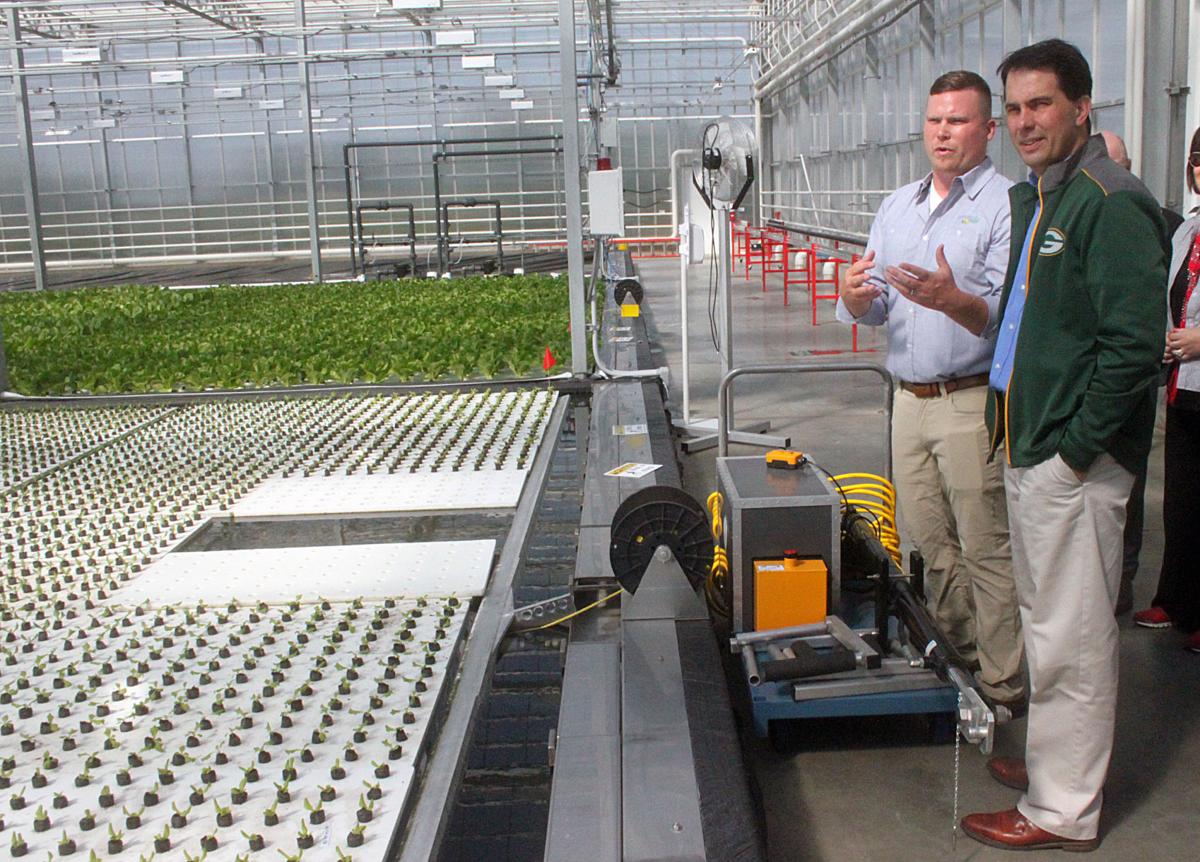 Brandon Gottsacker, left, talks with Gov. Scott Walker during a tour of the greenhouse Aug. 31 at Superior Fresh in the Jackson County town of Northfield. 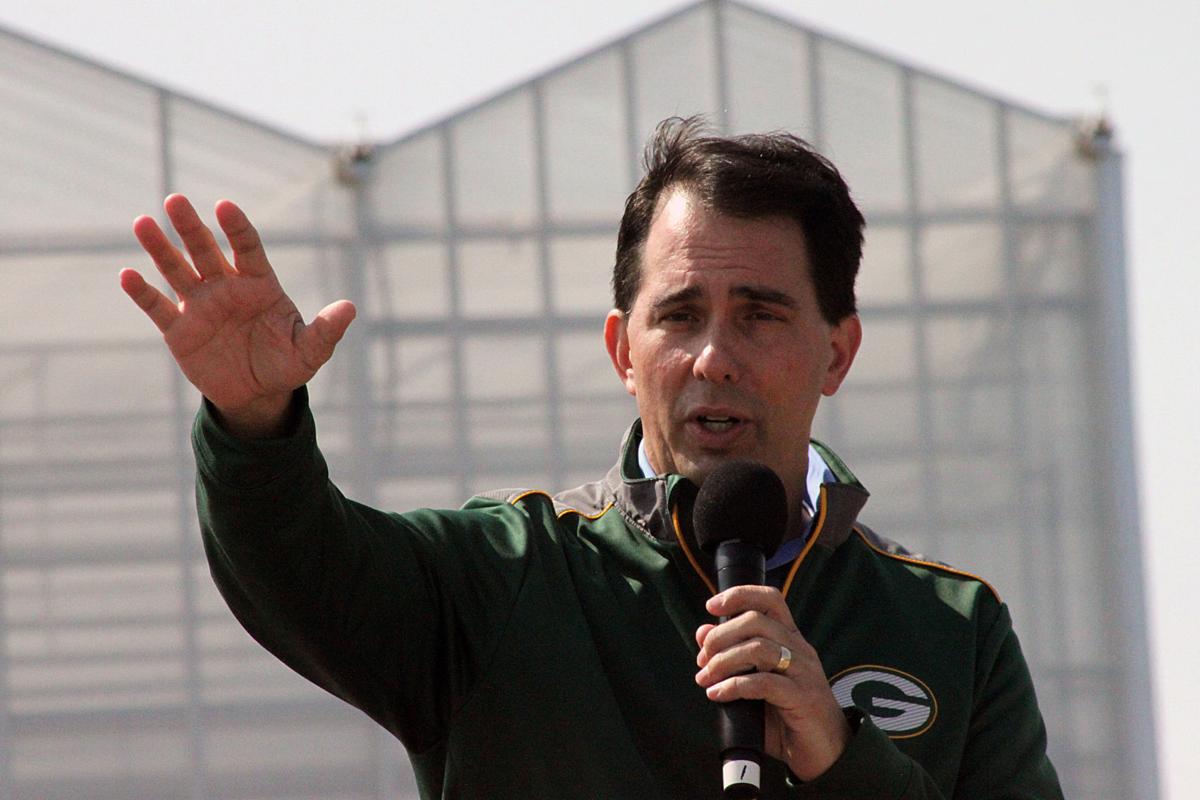 Gov. Scott Walker addresses the crowd during the grand opening ceremony Aug. 31 for Superior Fresh, a state-of-the-art aquaponics facility in the town of Northfield in Jackson County.

The largest Atlantic salmon farm in the country, Superior Fresh, opened its doors to Gov. Scott Walker Aug. 31 in the small town of Northfield in Jackson County, providing a look into the future of harvesting fish and producing vegetables.

Superior Fresh is North America’s largest aquaponics facility, which at its capacity will be able to produce 160,000 pounds of Atlantic salmon and two million pounds of leafy greens annually, all within two large and very sustainable facilities.

Superior Fresh marked the five year anniversary of when the idea came to fruition Aug. 31 by celebrating their grand opening with more than 100 people in attendance.

“This is five years in the making. It is a monumental accomplishment and to be able to share it with all of you is wonderful. It took many, many long days and nights,” said Brandon Gottsacker, chief operating officer for Superior Fresh. “Five years ago today we decided to develop a project that we thought would change the world. It was a project that would make a statement about how we would grow food and consume food.”

One of those in attendance was Gov. Scott Walker, “The best way to be green is to make green or save green, and that is exactly what this product does. It makes money by saving and being environmentally sound and at the same time it is economically sound.”

Gottsacker said the model Superior Fresh has created over the last five years will be able to help with food shortage issues around the world.

“The goal for that model is to prove that we can build this anywhere in the world, whether it is near a city or in a desert where water is scarce,” Gottsacker said.

One of the main reasons Gottsacker expects this system to even work in deserts is because of the limited amount of water the facility needs.

“The state of the art recirculating systems allow for 99.9 percent water reuse, making this facility one of the most sustainable agri-businesses when it comes to water use,” Gottsacker said. “The facility as a whole discharges zero water to surface waters of the state. All of our production system water gets irrigated onto our own alfalfa fields, where we can also harvest another product.”

On top of the environmentally-conscious water use, Gottsacker is also proud that Superior Fresh is able to produce products in Wisconsin that are not traditionally found here.

“We are using all of these harsh chemicals and we are still importing over 90 percent of our seafood from overseas. Salmon today is traveling over 4,000 miles to get to our plates,” Gottsacker said explaining that Atlantic salmon typically comes from Chile or Norway and leafy greens from Mexico or California. “Today we have the technology where we can produce this locally.”

With the vision Superior Fresh has shown in the project, Steven Summerfelt, Ph.D., the director of aquaculture systems research for the Freshwater Institute, said it is the wave of the future.

“Superior Fresh is showing us what the future of seafood and agriculture is looking like at a commercial scale. Just the tour today, if a picture is a 1,000 words, this was a novel, and this novel isn’t science fiction. This is the future of environmentally-controlled agriculture,” Summerfelt said.

The owners of Superior Fresh, Todd and Karen Wanek, are excited about where the project has gone in the last five years, and where it will be heading in the future.

“I’m really proud of everything that we’ve accomplished. This was a whole team effort. We have had people that have been helping us and we’ve been doing five years of research and for this to culminate today is just fabulous,” Karen Wanek said. “I think that it has taken on a life of its own.”

“The fact that you have people like the Waneks who are willing to make that investment and you have the Superior Fresh team here and all of the folks that they partner with including some of the people from the Department of Natural Resources and the University of Wisconsin System. It is a great synergy and great ideas coming together,” Walker said. 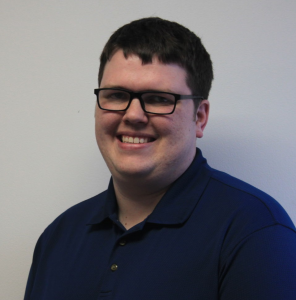 Brandon Gottsacker, left, talks with Gov. Scott Walker during a tour of the greenhouse Aug. 31 at Superior Fresh in the Jackson County town of Northfield.

Gov. Scott Walker addresses the crowd during the grand opening ceremony Aug. 31 for Superior Fresh, a state-of-the-art aquaponics facility in the town of Northfield in Jackson County.