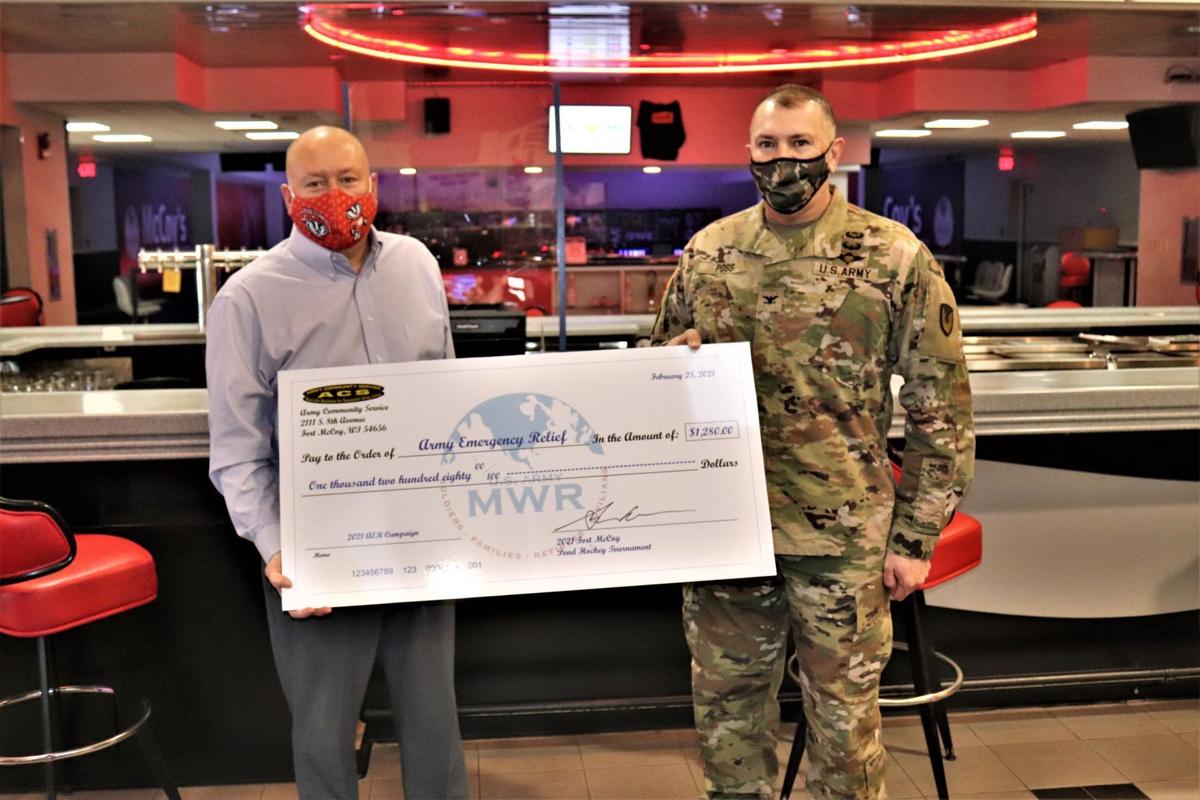 Scott Abell with the Directorate of Family and Morale, Welfare and Recreation and Garrison Commander Col. Michael Poss pose with a $1,280 check being given to Army Emergency Relief during the 2021 AER Campaign Kickoff Breakfast held Feb. 25 at Fort McCoy’s Community Center. 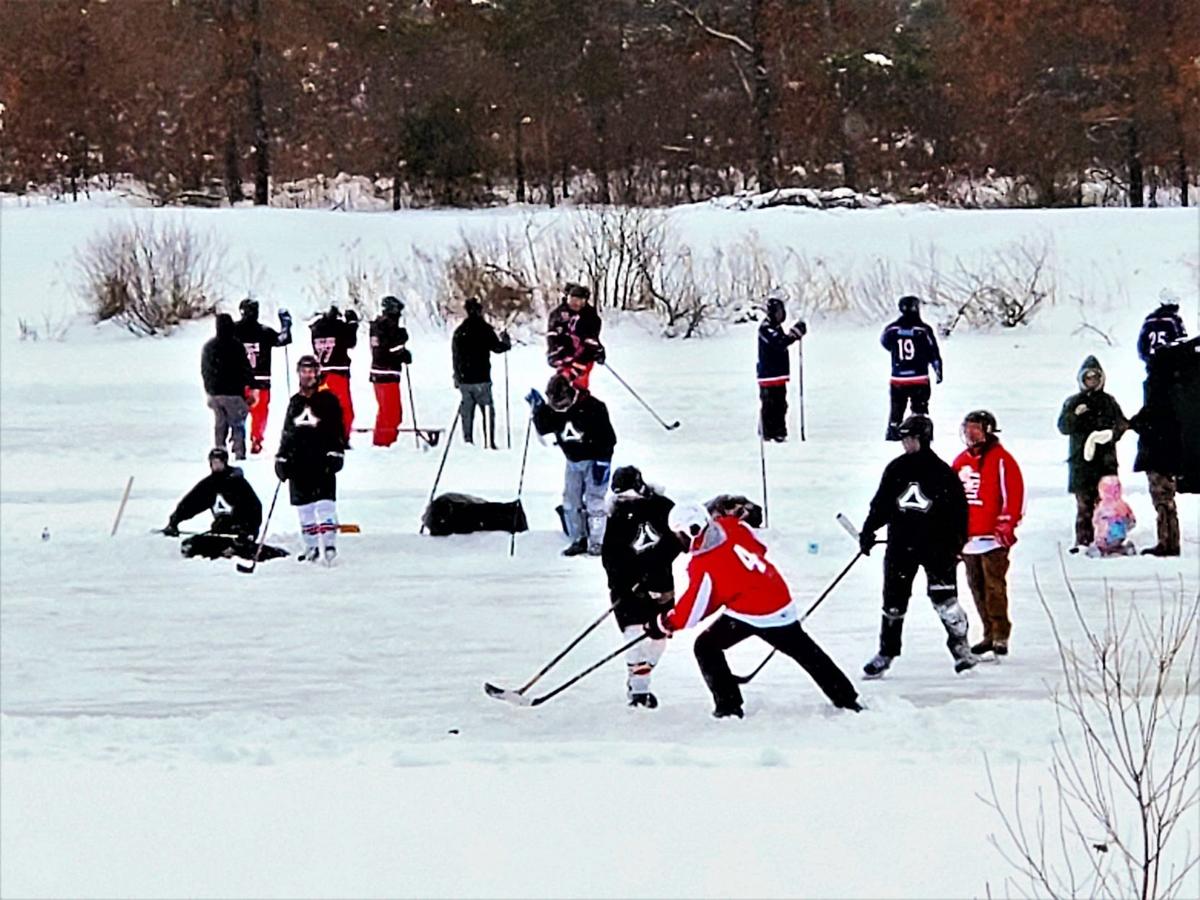 A pond hockey tournament supported by Fort McCoy and held at the installation’s Big Sandy Lake on South Post proved beneficial to all involved, organizers said.

The Fort McCoy Pond Hockey Tournament included eight teams from the post and local communities, said Jim Sprackling with the Directorate of Plans, Training, Mobilization and Security, which helped organize the event.

USA Pond Hockey rules were in use for the event, and proceeds from the event went to supporting Army Emergency Relief. On Feb. 25, Scott Abell, chief of the Business and Recreation Division with the Fort McCoy Directorate of Family and Morale, Welfare and Recreation, presented a check for $1,280 from the tournament to Garrison Commander Col. Michael Poss for AER.

“Through the eight teams that entered the tournament, $160 of each entry fee was earmarked as a donation to AER,” Abell said.

Sprackling said he played in one game in the tournament and was happy to see it all happen. He said a lot of people put in a lot of effort to get it done.

“The Air Force folks at Volk Field were a big help in putting this together,” Sprackling said. Air Force Maj. Jim Behn was instrumental in getting teams to commit to playing. There is a large military and veterans hockey community made up of several associations that play charity tournaments throughout the year.

“Due to COVID, many tournaments were canceled around the country, so Maj. Behn was able to tap into the local teams to participate in our AER event,” Sprackling said. “He was also able to tap into senior noncommissioned officers at Volk Field who were willing to volunteer their time to fill positions to help organize the event.”

“They worked extremely hard in harsh weather conditions to get the ice sheets playable,” Sprackling said. “Their efforts were extraordinary. Additionally, the Directorate of Emergency Services Fire Department and firefighters brought out a water pump to put a final skating surface on the ice sheets.”

The Warrens Community Garage Sale is back after being cancelled last year. This year’s dates are April 22-24 with 26 garage sales, including s…

Tips for controlling crabgrass in the lawn

This spring is about 2½ weeks ahead of normal based on daily temperatures and growing degree day accumulation. We just entered the window to a…

Mile Bluff Medical Center will host a community blood drive Thursday, April 22 from 9 a.m. to 1 p.m. in the hospital community room in Mauston.

Scott Abell with the Directorate of Family and Morale, Welfare and Recreation and Garrison Commander Col. Michael Poss pose with a $1,280 check being given to Army Emergency Relief during the 2021 AER Campaign Kickoff Breakfast held Feb. 25 at Fort McCoy’s Community Center.