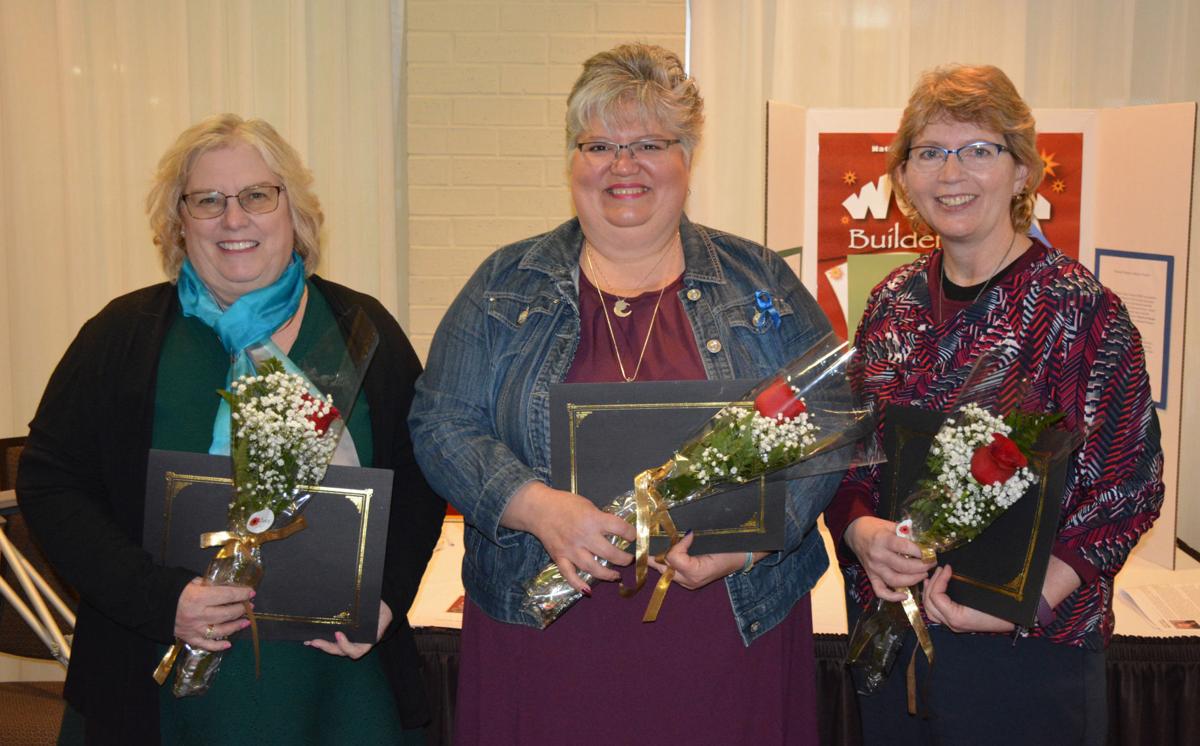 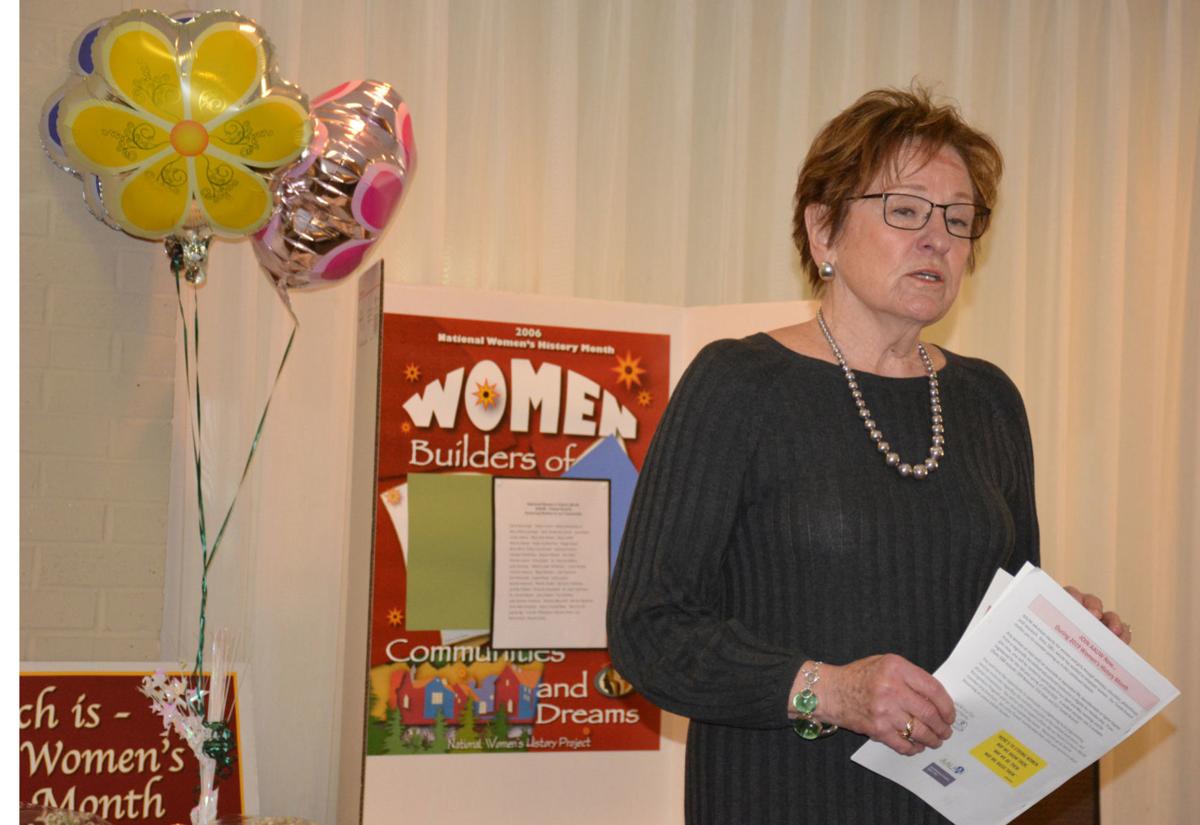 The event, one of the last significant gatherings in Tomah before COVID-19 restrictions were imposed, was sponsored by the Tomah branch of American Association of University Women at Best Western Hotel in Tomah. It marks the 15th year that AAUW has recognized outstanding women in the Tomah area.

Klatt was introduced by Tomah Area School District superintendent Cindy Zahrte, who described Klatt was a woman with a wide range of talents and interests.

“What strikes me about Martha is how eclectic she is,” Zahrte said. “She has done so many different things.”

Klatt’s career has taken her from a bachelor’s degree in radio and television broadcasting to her current job as a financial planner with Ameriprise-Carlson Advisors. In between, she worked in video production for a Madison television station, was a program specialist for the National Guard Bureau, a teacher and director at Noah’s Ark Preschool in Tomah and member of the Tomah School Board.

As a volunteer, she co-chaired the project that established Winnebago Wonderland, a large complex of playground equipment used by youngsters at Tomah’s Winnebago Park. She is a member of Tomah Rotary and was twice Rotarian of the Year.

“Wherever she has volunteered her time, things have gotten done − big things,” Zahrte said. “Time and time again, she gets the job done.”

Klatt said it’s important for people to volunteer their time.

“My mom said it was our obligation to give back,” Klatt said. “That’s the way I was always raised.”

McCormick, who made her career in the hospitality field, has a long background of volunteering in her community and church. She is a member of Catalyst, a group of youth leaders who discuss youth programs in Monroe County. Through her church, she organized a convention of high school and middle school students from a five-state area that has met for the past nine years. She also directed several Tomah Middle School musicals.

However, it was personal tragedy that motivated McCormick’s most recent work. Her teen-age son, Jeffrey, was caught up in sex trafficking and died of a drug overdose in 2016. She became a member of the Wisconsin Anti-Human Trafficking Advisory Council, and she authorized her son’s story to be told in the documentary It Happens Here.

“Lisa is a wonderful example of a person who has turned tragedy into a gift,” said AAUW member Julia Palmer, who emceed the event.

“We appreciate that she is willing to be recognized here.”

McCormick said it’s important to speak out on human trafficking.

“After Jeffrey’s death ... I knew he would want us to share his story,” McCormick said. “I’ve toured all over the state, sharing our story to whomever would listen.”

Seely teaches first grade at Lemonweir Elementary School and made her mark by achieving the highest levels of professional development. Last year, she earned National Board Certification from the National Board for Professional Teaching Standards. She is the only teacher in the Tomah district to obtain the certification.

Seely has taught school since graduating from the University of Montana Western in 1985. Ten years later, she received a master’s degree from UW-La Crosse. She became Tomah’s first instructional coach and guided teachers’ implementation of the district’s literacy and math curriculums and how to more effectively manage their classrooms.

“When she was younger, she knew she wanted to be a teacher or social worker,” Chambers said. “They told her, ‘You don’t want to be a social worker; you’ll want to take home every kid who’s in trouble.’”

Seely gave credit to her family for allowing her to pursue her professional advancement.

“There were many weekends when I would be at the table with the headphones on,” Seely said. “I couldn’t have done it without their support.”

Palmer noted that March is Women’s History Month and this year marks the 100th anniversary of the 19th Amendment, which gave women the right to vote.

Palmer described all three honorees as “role models” who made a wide variety of contributions stemming from different life experiences.

“They have made a mark in various segments of their lives and their communities not because they stood up and said, ‘Here I am,’ but because of what was accomplished,” she said. “It’s big things, little things ... all these things matter.”

The employee is in isolation at home and following medical guidance.

The Monroe County Health Department was notified Tuesday of its first confirmed case of COVID-19 by positive lab test.

The city of Tomah’s policy to combine garbage and recycling streams lasted less than two days.

Two Tomah residents were referred to the Monroe County District Attorney for drug charges after a Feb. 7 traffic stop in the town of Tomah.