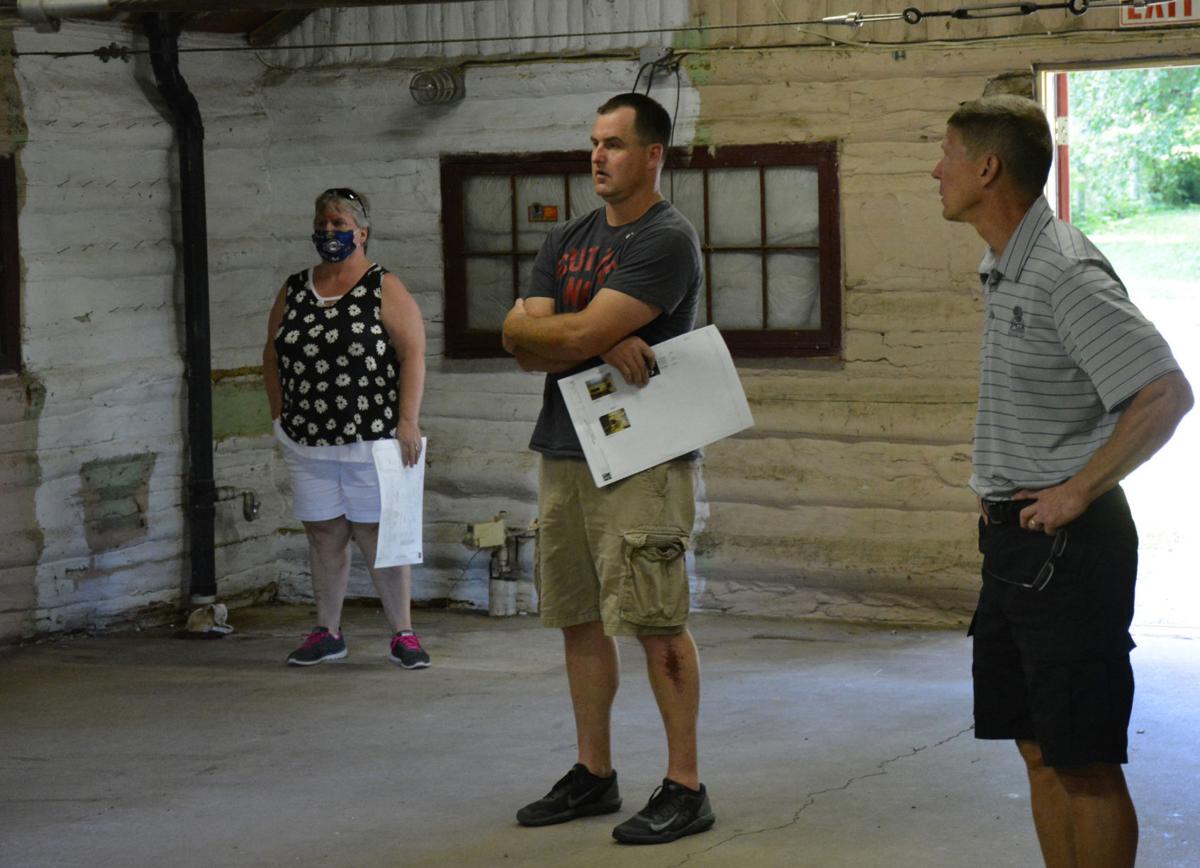 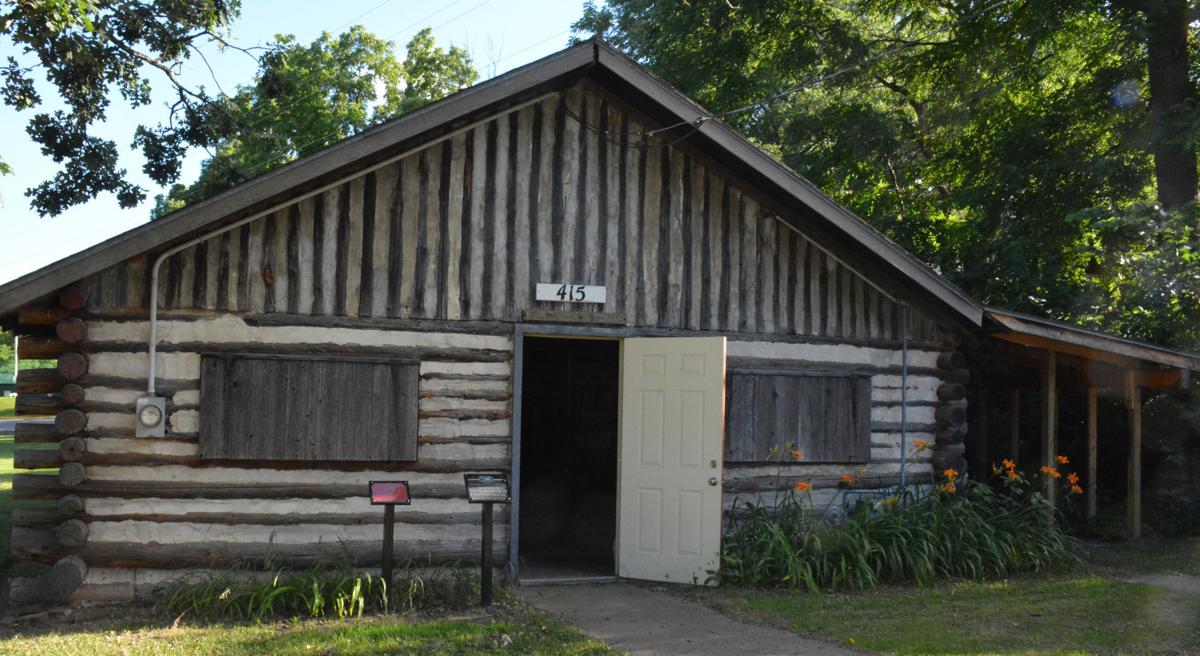 Plaques outside the cabin noting the building's historic nature.

A log cabin at Buckley Park could be restored by late November if cost estimates stay within budget.

Members of the city of Tomah’s Parks and Recreation Commission met outdoors Tuesday at Buckley Park to review plans for a cabin that was built as a meeting place for the Tomah Boy Scouts.

Parks and Recreation director Joe Protz said a renovated cabin would be an asset for the city. He said there is a demand for covered park shelters.

“We really don’t have a rentable shelter like this within walking distance of downtown,” Protz said. “I never realized how many people meet in Tomah. This is another nice thing to have.”

The commission reviewed plans from CBS Squared that would restore the logs, replace the roof, repair the chimney and install sidewalk and parking. The plans maintain electricity to the building but don’t provide for plumbing, heating or air conditioning. Protz said other amenities could be added later as budgets permit.

Protz said the next step is to submit the plans for bids. He said if the bidding process starts in August, construction could begin in September and be completed within two months.

The building lies within the city’s downtown Tax Incremental Finance District and could be financed through the TID. However, commissioners were reluctant to exceed the $100,000 budget figure.

“If we don’t have the money, it will stop at the council level,” said city council member Lamont Kiefer.

Tomah Historic Preservation Commission has been fund raising for the project and paid for the schematics. The group had two fund raisers postponed this year due to the COVID-19 pandemic.

In other business, Protz updated the commission on damage done to the grandstand roof at Tomah Recreation Park after a June 2 thunderstorm. The roof covering the oldest part of the grandstand collapsed, leaving metal and other debris in the midway. There was also damage done to exterior fencing at the park.

Protz presented a timeline in which bids would be reviewed Oct. 15. Work would begin Nov. 9 with a Dec. 18 completion date. Insurance is expected to cover most of the cost.

A 36-year-old Stoddard woman was arrested Monday after a 2008 Dodge Avenger she was operating collided with a Tomah police patrol vehicle.

Three people under the age of 20 are the latest COVID-19 infections in Monroe County.

Students at Lemonweir Elementary School are masking up.

A 36-year-old Stoddard woman was arrested Monday after a 2008 Dodge Avenger she was operating collided with a Tomah police patrol vehicle.

The Monroe County Board of Supervisors sent a pair of funding recommendations to the Rolling Hills Committee, but it doesn't appear the board …

Half of Monroe County's COVID-19 cases in Tomah

More than half of Monroe County’s COVID-19 cases have been reported in Tomah, according to data released July 20 by the Monroe County Health D…

COVID-19 will be the dominant issue when the Tomah School Board holds a special meeting Monday, Aug. 3 at Robert Kupper Learning Center starti…

Electors in Tomah are flocking to the early voting option in advance of the Aug. 11 partisan primary.

Plaques outside the cabin noting the building's historic nature.