Bridget Owens has a television date with Rachael Ray.

Owens is one of four football “super fans” selected for a cook-off, with two tickets to the Super Bowl on the line. She will prepare her “Frozen Tundra Humongi Fungi” during the show.

Murray’s on Main in Tomah will host a watch party at the restaurant starting at 1:30 p.m. Restaurant owner Mike Murray said Owens will share samples of her recipe during the party.

A 27-year-old Sparta man was referred to the Monroe County District Attorney for sexual assault of a child under 13 years old. Andrew J. Tange…

Lake Tomah is a potential spot for trophy northern pike, members of the Tomah Lake Committee were told Thursday.

Magnum Communications has purchased three radio stations in southeast Wisconsin and changed the format of an AM/FM Tomah station.

MAUSTON—A Tomah man is facing drug charges after a search of his vehicle allegedly revealed methampheatmine and marijuana.

A 74-year-old Tomah man was referred to the Monroe County District Attorney for seventh-offense drunk driving after a Jan. 11 traffic stop in Tomah.

This week’s question was asked by a friend.

The Tomah School Board told a consultant Monday that it wants a superintendent who’s a visible member of the community. 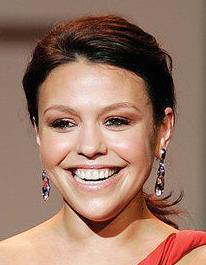