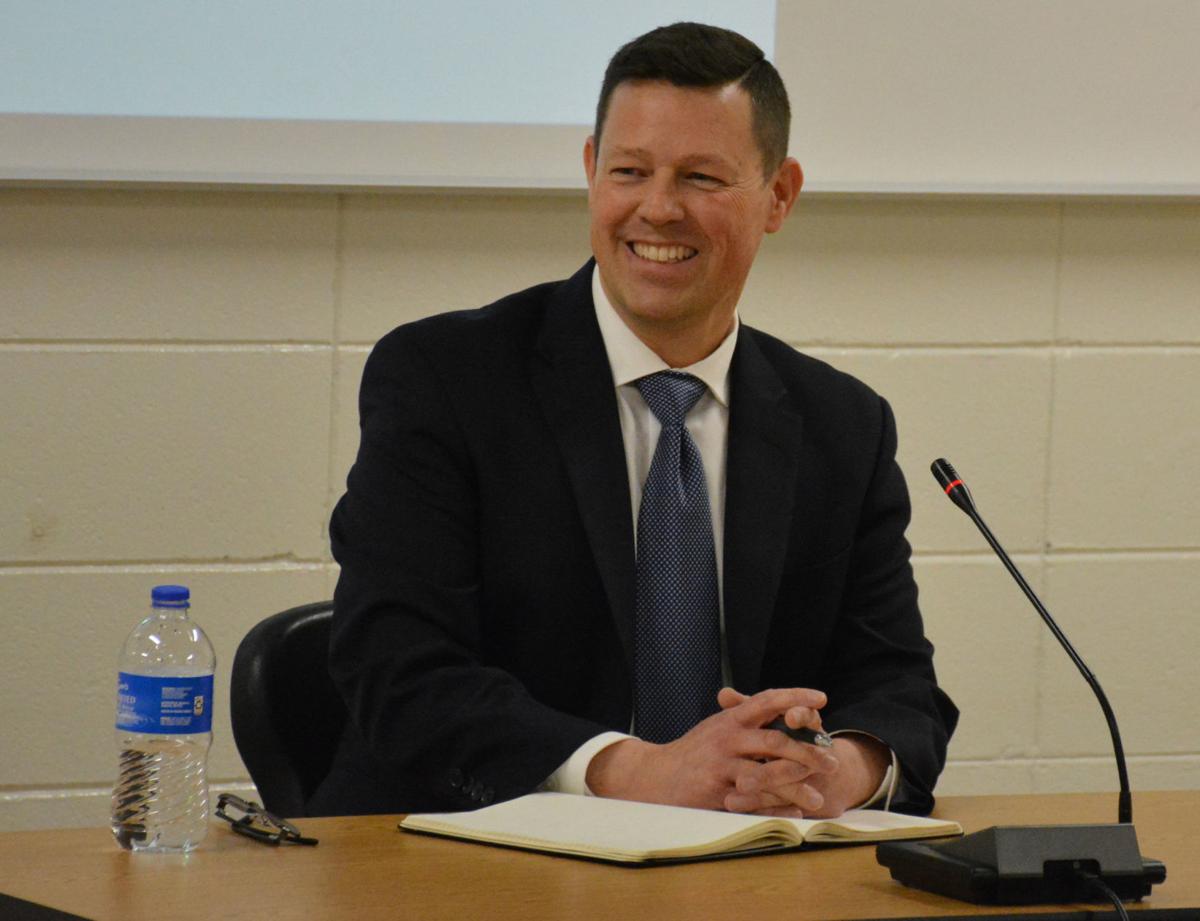 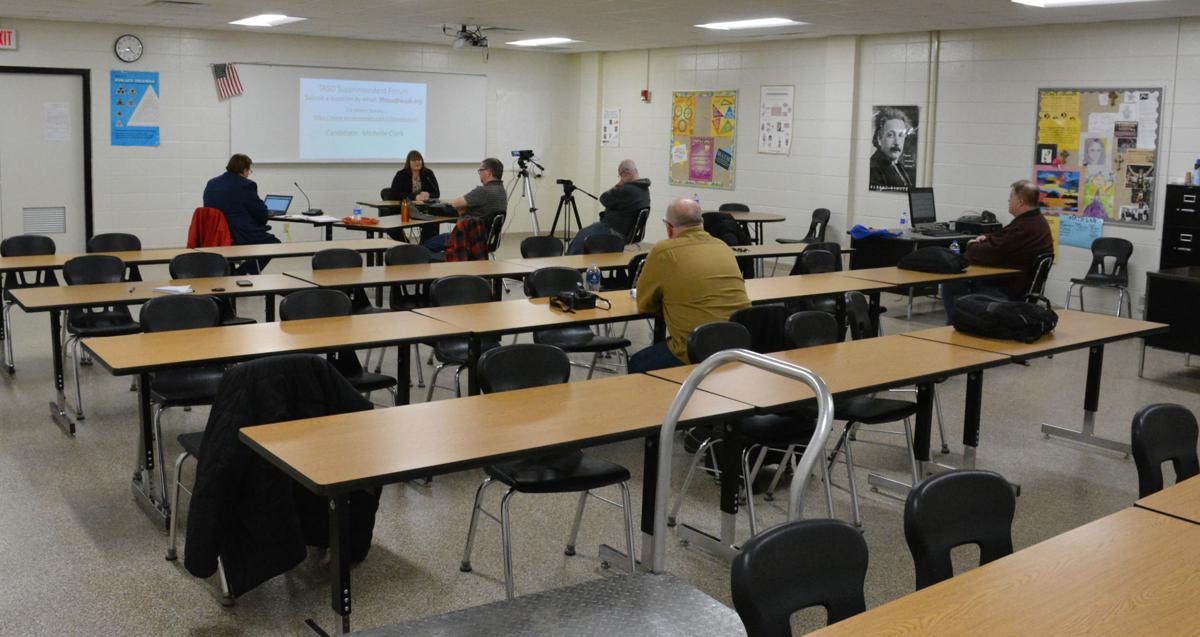 The room was empty except for reporters and technical staff during Wednesday's forum for the three finalists for Tomah Area School District superintendent. The forum was live-streamed to the public. 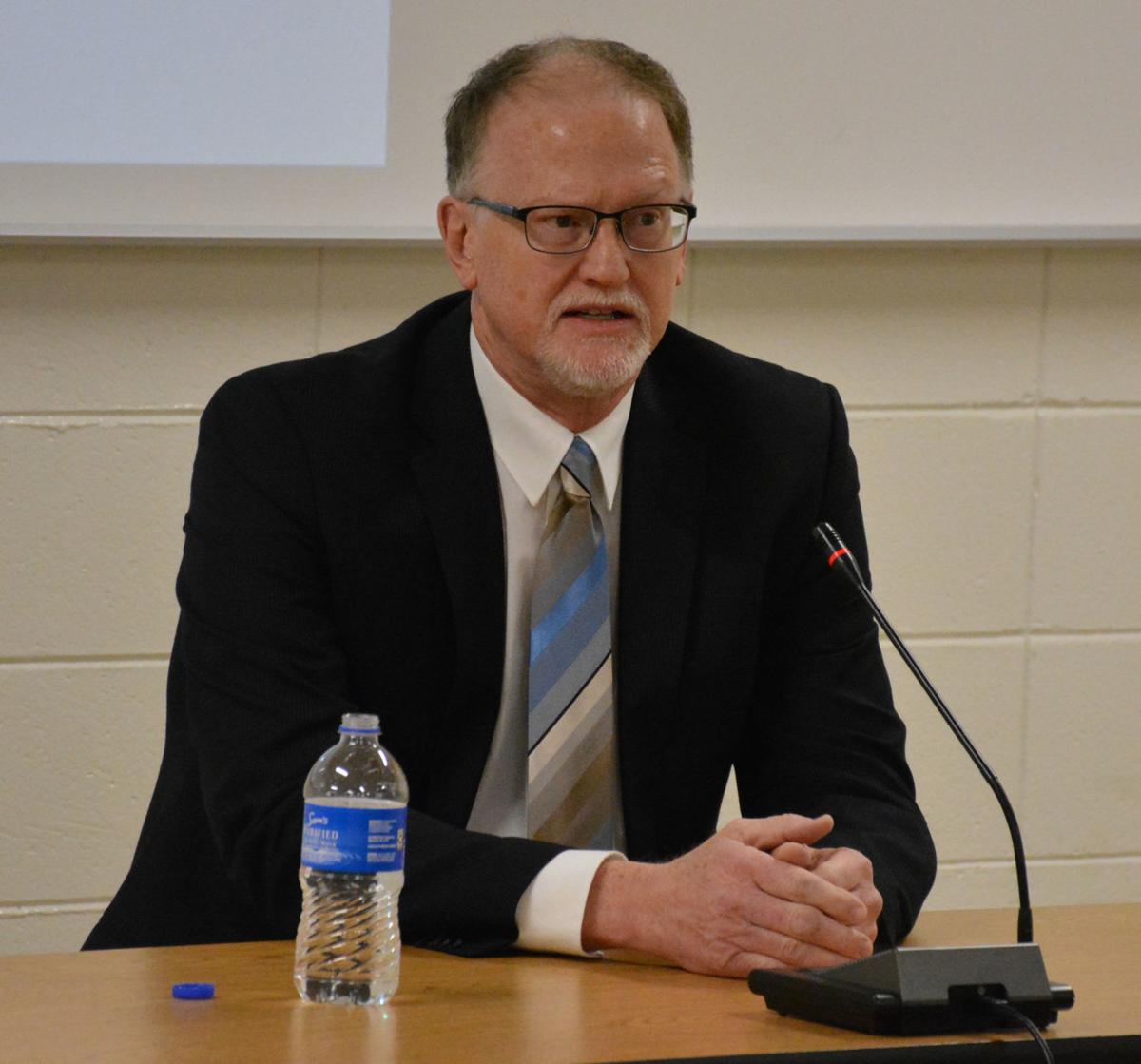 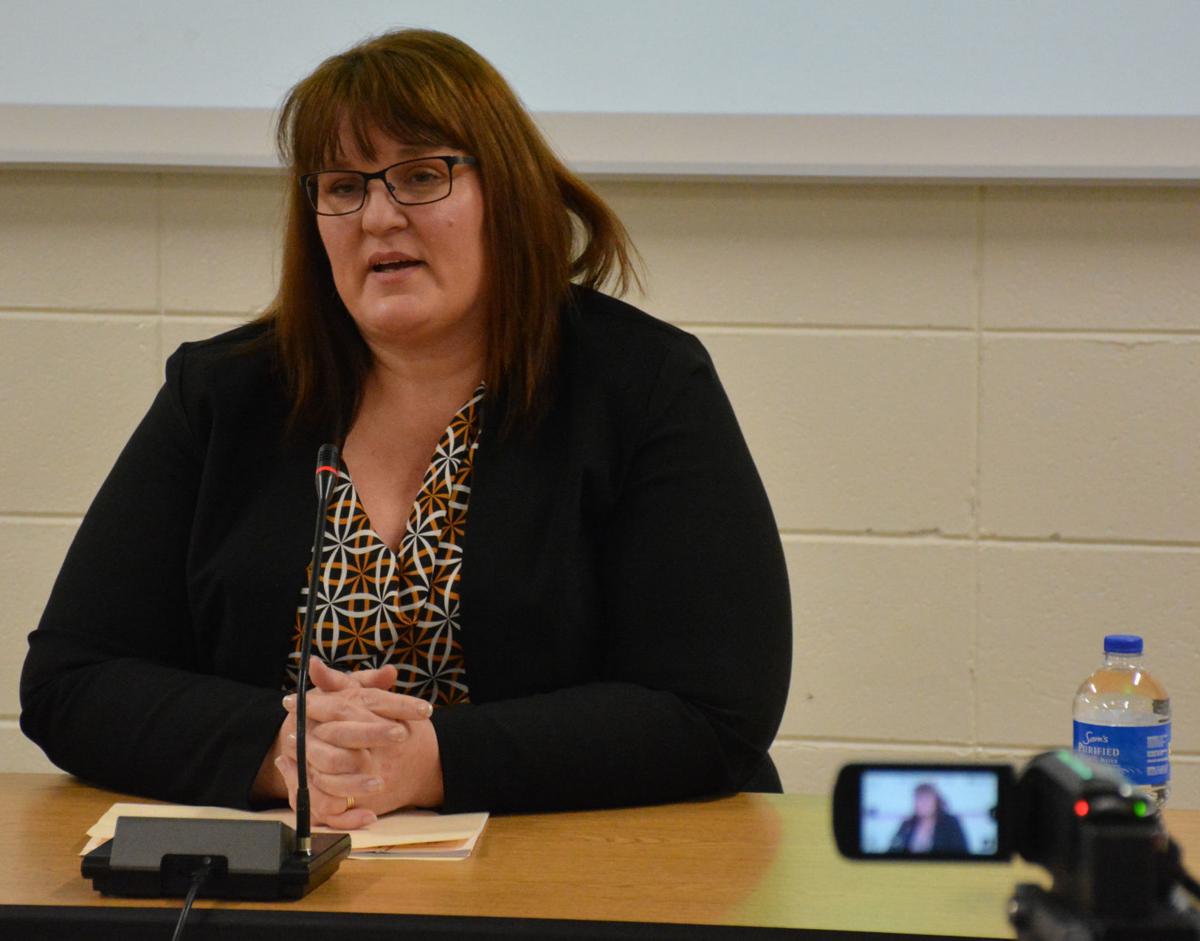 Hanson was named to replace retiring superintendent Cindy Zahrte during a closed session of the Tomah School Board Thursday. The vote was 6-0, with board member Gary Grovesteen absent.

Zahrte is retiring after 10 years as superintendent and nearly four decades as a teacher and administrator in the Tomah district.

Hanson’s hiring came less than 24 hours after he and two other finalists − Viroqua School District superintendent Kehl Arnson and Michelle Clark, principal of LaGrange Elementary School in the the Tomah district − spoke for nearly an hour each during a forum at Tomah High School.

During the forum, Hanson said he planned to bring a “liberator style of leadership” to the district.

“I want to engage all voices,” Hanson said. “That is my leadership style.”

Hanson has a 25-year background as a teacher, principal, curriculum director and district administrator in South Dakota. His most recent job was superintendent of the Joliet Township High School District in Joliet, Ill., where he resigned in January after seven months on the job.

Radio station WJOL in Joliet reported that Hanson and the Joliet District came to a separation agreement in early February. In a statement to the media, the district said the “decision is not a result of fault or misconduct, but rather due to differences in philosophical direction and approach, and the board wishes Dr. Hanson the best in his future endeavors.”

When asked if the Tomah School Board members had seen the separation agreement, board president Aaron Lueck said, “I don’t think I can comment on that because it was a closed session matter.”

Board member Brian Hennessey said Saturday he hadn’t seen the separation agreement and didn’t know if anyone else on the board had requested it.

However, Hennessey was confident that there was nothing in the agreement to disqualify Hanson from the Tomah job. He said references from Hanson’s previous employers were positive.

“I never had any concerns about separation from Joliet,” Hennessey said. “I don’t think it was anything bad.”

Hanson was asked about his resignation during the forum. He said differences over “educational philosophies” led to his resignation and described the separation as “amicable in nature.”

“I think both parties worked through that in a very professional, positive manner, and each of us were moving in those directions we need to go,” he said. “Joliet is a fantastic school district. They’ll do great things.”

Hanson went to Joliet after serving seven years as superintendent of the Hill City School District in South Dakota.

Lueck defended making the decision the day after the forum. He said the district followed a hiring timeline that was established in January.

“People were able to leave comments through the internet after the forum,” Lueck said.

He said board members received “numerous phone calls and emails indicating who they thought was the best candidate. Board members also reviewed comments from the public that were submitted. I believe there was sufficient time for anyone who saw the forum to communicate their opinion.”

Hennessey said “well over 100” people submitted their opinions after watching the forum and that Hanson was favorably received.

“They liked his passion and energy,” Hennessey said. “They liked the fact that he comes from outside the district and comes in with fresh ideas and without any baggage. I’m excited to have him on board.”

Board member John McMullen was impressed by Hanson’s enthusiasm.

“(Hanson) has a lot of energy,” McMullen said. “He seems excited to be a superintendent in a school district of this size.”

Wednesday’s forum was conducted without an audience due to the outbreak of the COVID-19 virus. It was live-streamed to the public, and 103 people were logged on prior to the first interview. Fran Finco, a Wisconsin Association of School Boards consultant hired by the district, moderated the forum.

Arnson spoke first. He said Tomah presents the opportunity to lead “the perfect size district.” He said the district is large enough for an “economy of scale” to offer a wide variety of programs but small enough to retain a sense of community.

“You’re not so large that you’re losing touch with your community,” he said.

Clark spoke second. She touted her 15 years as an administrator in the Tomah district. She was assistant principle at Tomah Middle School before becoming LaGrange principal in 2011. She said her existing relationships in the district would make for a smooth transition. She described herself as “devoted to the district and devoted to the community.”

“I think that the Tomah Area School District needs someone that has trusting relationships already with administrators, teachers, staff, community members, parents and students,” Clark said.

Hanson, who spoke third, said his leadership style “is to be out, be visible because I’ve enjoyed so many things about the communities I lived in ... I love being at community events, athletic events, music events, different clubs and activities, both in the school setting and community setting.”

He believes Tomah is a good fit for him professionally and for his family.

“The Tomah area offers so many that things I value,” Hanson said. “I see so many parallels from my previous experience and my passions in life right here ... in Tomah. That’s why I want to be here.”

Tomah Journal editor Steve Rundio can be reached at steve.runido@lee.net.

The employee is in isolation at home and following medical guidance.

The Monroe County Health Department was notified Tuesday of its first confirmed case of COVID-19 by positive lab test.

The city of Tomah’s policy to combine garbage and recycling streams lasted less than two days.

Two Tomah residents were referred to the Monroe County District Attorney for drug charges after a Feb. 7 traffic stop in the town of Tomah.

The room was empty except for reporters and technical staff during Wednesday's forum for the three finalists for Tomah Area School District superintendent. The forum was live-streamed to the public.