U.S. officials at intake centers in the United Arab Emirates and in Wisconsin have identified numerous incidents in which Afghan girls have been presented to authorities as the “wives” of much older men. While child marriage is not uncommon in Afghanistan, the U.S. has strict policies against human trafficking that include prosecutions for offenders and sanctions for countries that don’t crack down on it.

One internal document seen by The AP says the State Department has sought “urgent guidance” from other agencies after purported child brides were brought to Fort McCoy in Wisconsin.

Another document, described to the AP by officials familiar with it, says Afghan girls at a transit site in Abu Dhabi have alleged they have been raped by older men they were forced to marry in order to escape Afghanistan.

The State Department had no immediate comment on the documents or the veracity of the details in them. Officials say that they take all such allegations seriously but that many of them are anecdotal and difficult to prove, particularly amid the crush of Afghan evacuees at multiple locations in the Middle East, Europe and the U.S.

An Aug. 27 situation report sent to all U.S. embassies and consulates abroad as well as military command centers in Florida points to potential issues involving young girls and older men, some of whom claim to have more than one wife at Fort McCoy, titled “Afghanistan Task Force SitRep No. 63,” were obtained by the AP.

There was no immediate indication from the military or from the departments of homeland security and health and human services, which run the facility, that such guidance had been received.At the same time, U.S. officials in the United Arab Emirates have expressed similar concerns, sending a diplomatic cable to Washington warning that some young Afghan girls had been forced into marriages in order to escape Afghanistan after the Taliban takeover.

Officials familiar with the cable say it describes allegations by several girls at the Humanitarian City in Abu Dhabi that they had been sexually assaulted by their “husbands” and seeks guidance on how to handle such cases. The officials spoke on condition of anonymity because they were not authorized to discuss internal communications.

Two people in Monroe County recently suffered COVID-19-related deaths as the county remains at a “high” risk level of transmission, according …

WPS Health Solutions, based in Madison, recently donated $2,500 in support of Afghan refugees at Fort McCoy in Monroe County.

Construction will delay travel on Hwy. PP in Monroe County

Highway PP in Monroe County from the village of Oakdale to Hwy. 21, will be reduced to one lane of travel during daylight hours Sept. 13-24 to…

Walk to End Alzheimer's returns in person to Tomah

Walkers and teams from across the area participated in this year’s Walk to End Alzheimer’s Sept. 19 in Tomah at Winnebago Park.

BILL HALFMAN: What is going on with the lilacs?

Recently I have received a lot of phone calls and e-mails asking, “Why are my lilac leaves turning brown?” This problem was widespread last ye…

Chippewa Falls Mayor Greg Hoffman was rushed to the hospital Wednesday, Sept. 1, his fever spiking to 103 degrees, as he was suffering from pn… 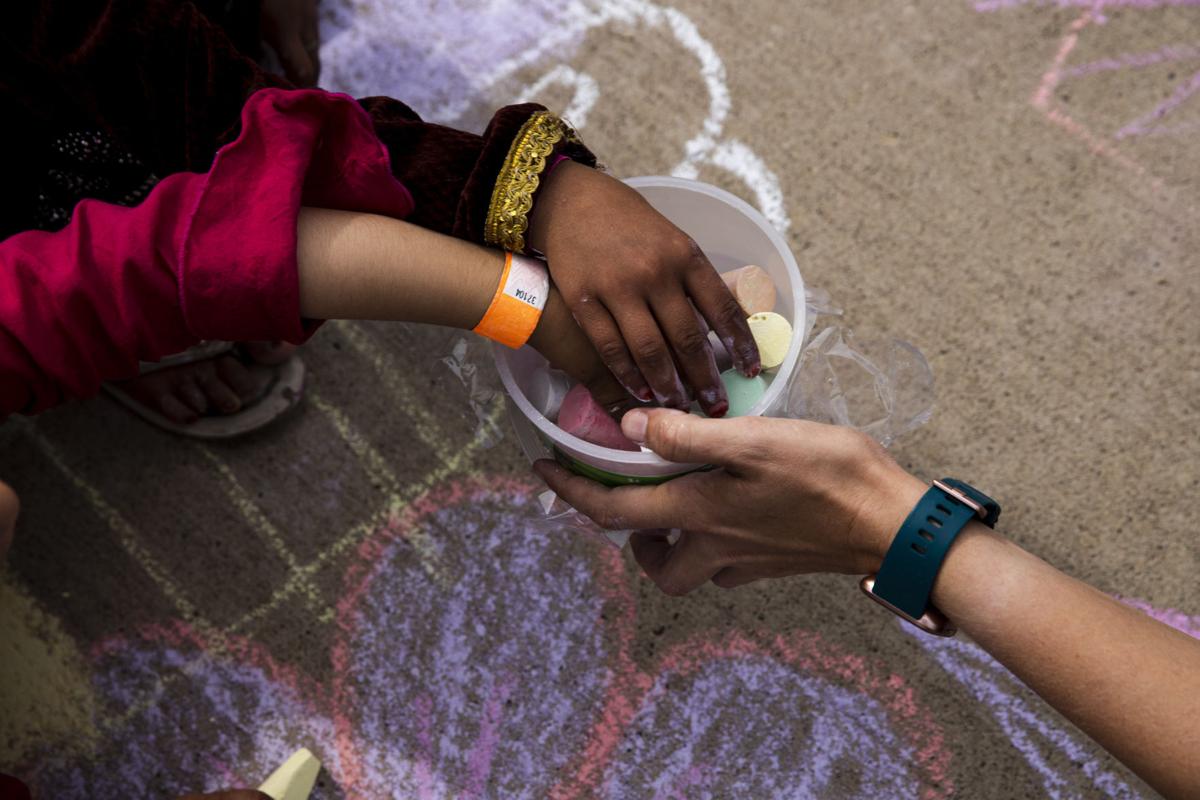 In this Aug. 31 , 2021, photo provided by the U.S. Army, Afghan children take a piece of chalk at a children's activity event held by non-governmental charities at Fort McCoy in Wisconsin. U.S. officials are looking into reports that in the frantic evacuation of desperate Afghans from Kabul, older men were admitted together with young girls they claimed as “brides” or otherwise sexually abused. One internal document seen by The Associated Press says the State Department has sought “urgent guidance” from other agencies after purported child brides were brought to Fort McCoy. (Spc. Rhianna Ballenger/U.S. Army via AP)

Afghans prepare to to be evacuated aboard a Qatari transport plane, at Hamid Karzai International Airport on Aug. 18 in Kabul, Afghanistan.