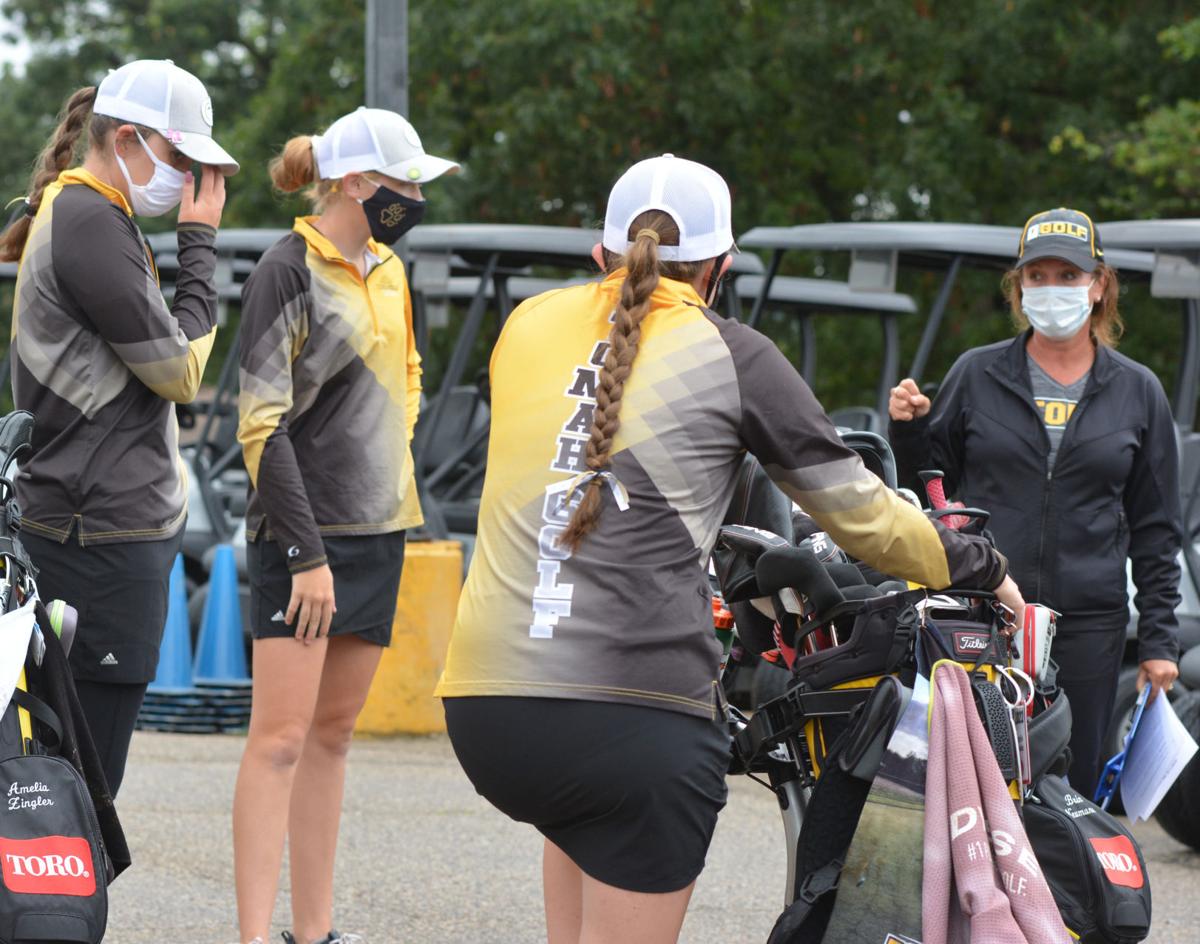 Coach Tonya Gnewikow addresses her team prior to a home match conducted with COVID-19 protocols at Hiawatha Golf Club. 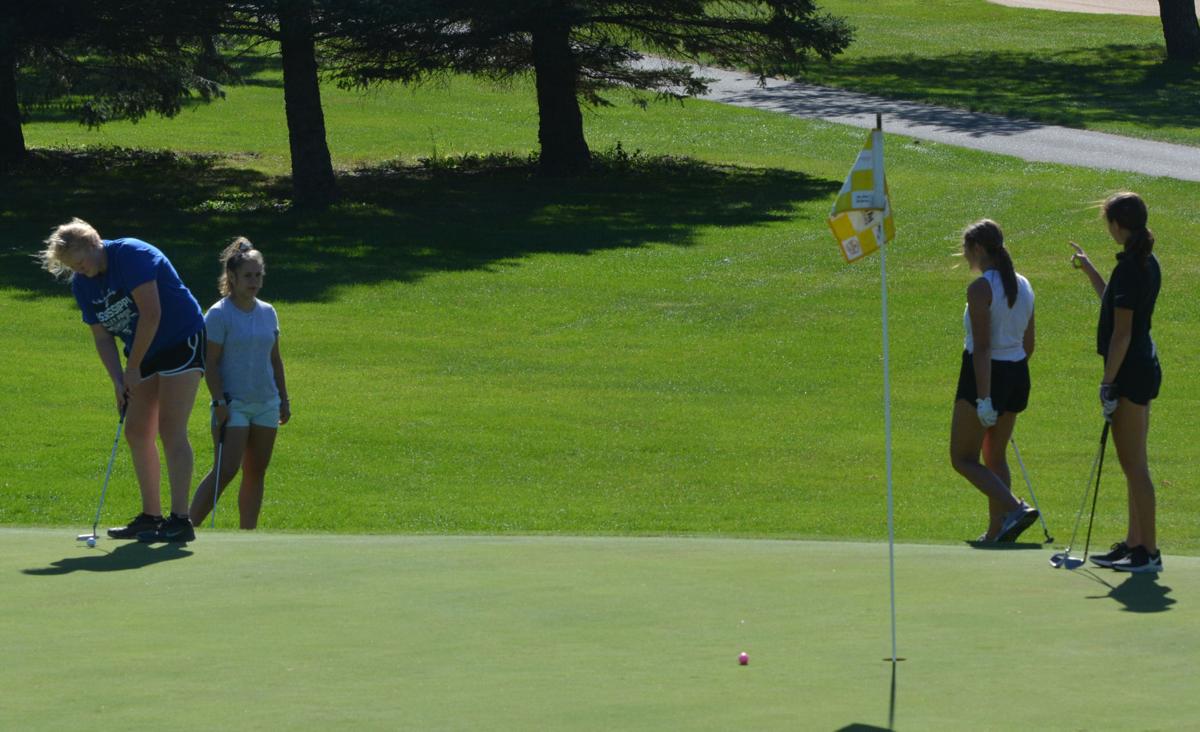 The Tomah High School girls golf team brings back lots of talent and high hopes for the 2020 season.

Five letterwinners return from last year’s team that won Tomah’s first MVC championship since 2014, a sectional title and trip to the WIAA state meet. The team said farewell to last year’s senior leader Sarah Peterson, but everybody else is back.

How competitive are things at the top? Junior Sophie Pokela returns as the MVC player of the year, but there’s no guarantee she’ll be Tomah’s number-one golfer in 2020. Tomah coach Tonya Gnewikow described Pokela as “interchangeable” with sophomores Brin Neumann and Amelia Zingler, both returning first-teamers. All three shot below 40 for nine holes during Tomah’s second meet of the season.

“I’ve never had a match with three girls under 40,” Gnewikow said. “On any given day, any one of those three could be our top golfer. Potentially we have the chance at three of our golfers all competing for player of the year.”

Rounding out the letterwinners are 2019 second-teamers Jayda Zhu (senior) and Hannah Zhu (junior).

Gnewikow said the competition will be stiff for the sixth varsity spot. The contenders are:

Gnewikow said this year’s goals are to return to the state tournament in Madison and break the school team record for nine and 18 holes.

The COVID-19 pandemic has scrambled the season with roughly 30 percent of teams in the state deciding against fall competition. The La Crosse Central/La Crosse Logan co-op won’t field a team this season, and a pair of invitationals where the Timberwolves would have faced elite nonconference competition were cancelled.

She said her players are following the COVID-19 protocols of remaining six feet apart and using hand sanitizer on the course.

“Our mantra is ‘six feet so we can compete,’” Gnewikow said. “That’s tough with girls who like to socialize, but they’re willing to do it because they don’t want to lose their season.”

Gnewikow expects tough competition in the MVC from Onalaska, which returns Amber Nygen and Alison Balduzzi from last season.

She expects a high level of competition this season.

“I have very high expectations,” Gnewikow said. “A few of the girls played competitively this summer and are ready to compete for another conference championship and another state berth and finish top five.

Coach Tonya Gnewikow addresses her team prior to a home match conducted with COVID-19 protocols at Hiawatha Golf Club.