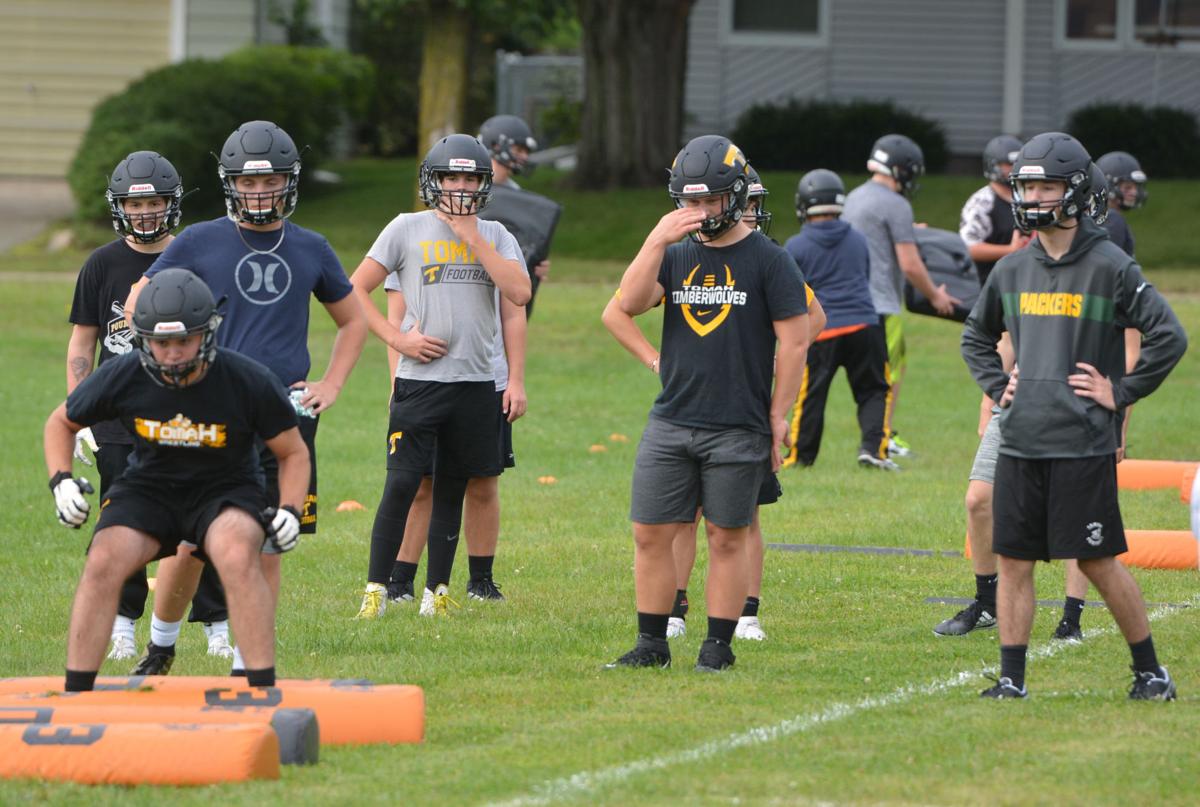 Tomah players improve their footwork during the first week of practice. 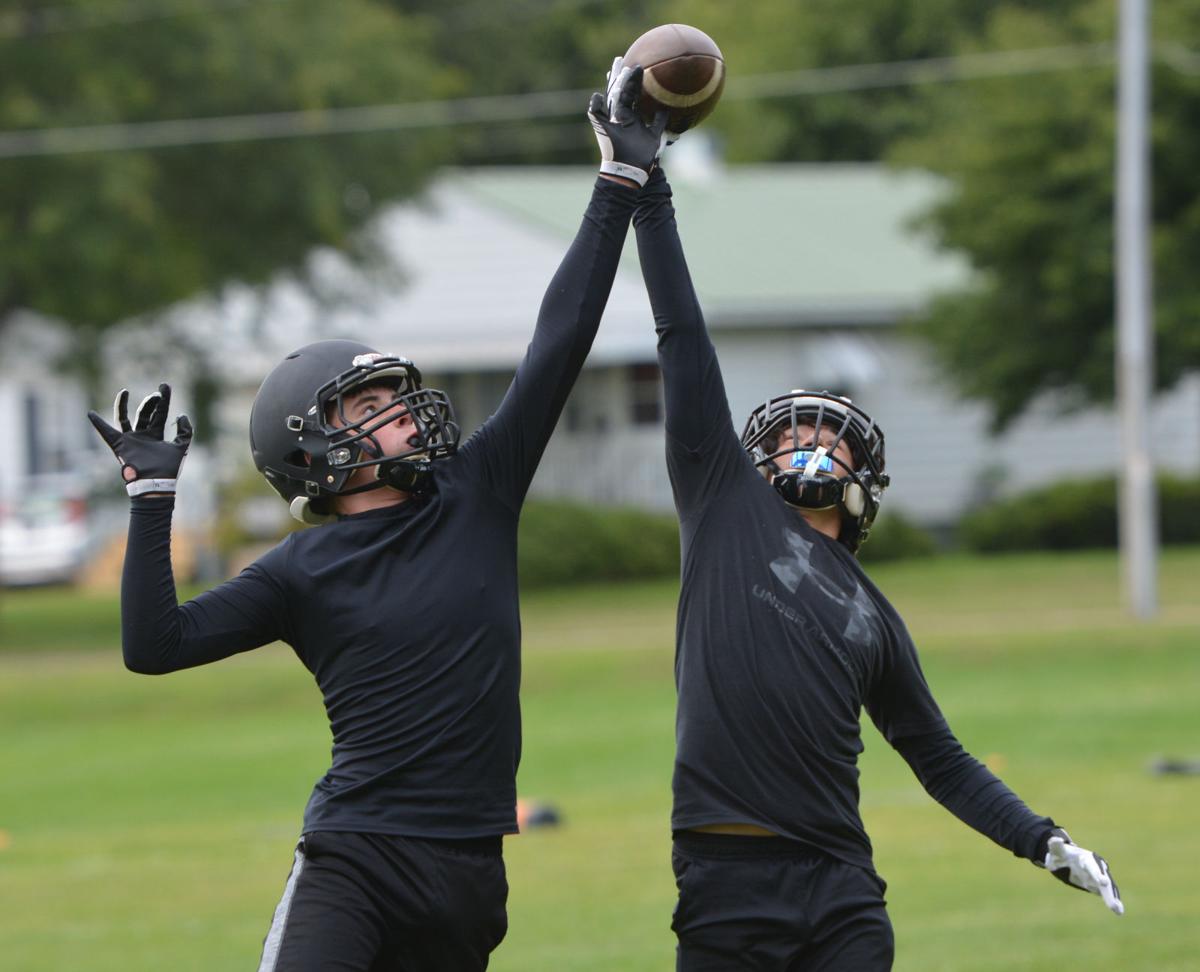 Two players reach the for the ball during a receiving drill/pass defense drill.

Thanks to the largest freshman class in three seasons, 81 athletes in grades 9-12 greeted first-year head coach Joe Protz during the first week of practice.

The large freshman class is a welcome sight after two straight classes of small numbers.

“Our sophomore and junior classes are down on numbers, but 81 is a good overall number considering everything that’s going on,” Protz said.

Protz is impressed with the enthusiasm that his players have shown since equipment was handed out Sept 7.

“Everyone is excited to be back in athletics and on the football field,” Protz said. “So much of sport is that camaraderie with your teammates. It’s a privilege that we get to play this fall.”

The only disappointment from the first week was wet and raw weather that caused cancellation of Wednesday’s practice. Better weather is forecast for this week, and Protz said the practice time is needed to install a new offense.

Protz and his coaching staff are also dealing with COVID-19 safety protocols.

“As much as possible, we’re keeping players six feet apart when we’re not doing drills,” he said. “There are a lot of moving pieces.”

COVID-19 delayed the start of high school football in Wisconsin by one month and scrambled schedules across the state. Instead of nine weeks of regular season and five rounds of WIAA playoffs, teams will play seven games in 2020, and the playoffs will be three rounds.

Three of Tomah’s Mississippi Valley Conference opponents — La Crosse Central, La Crosse Logan and River Falls — have opted for spring football. The Timberwolves have since picked up La Crosse Aquinas, which had exited the MVC for football only, for their seventh game.

One of the scheduling quirks has cross-county rival Sparta as the season opener Friday, Sept. 25 at E.J. McKean Field in a 7 p.m. kickoff.

“Playing Sparta right away — it really gets us focused on the season,” Protz said.

Tomah plays its first three games at home followed by three straight road games before its home finale against Aquinas.

Tomah players improve their footwork during the first week of practice.

Two players reach the for the ball during a receiving drill/pass defense drill.