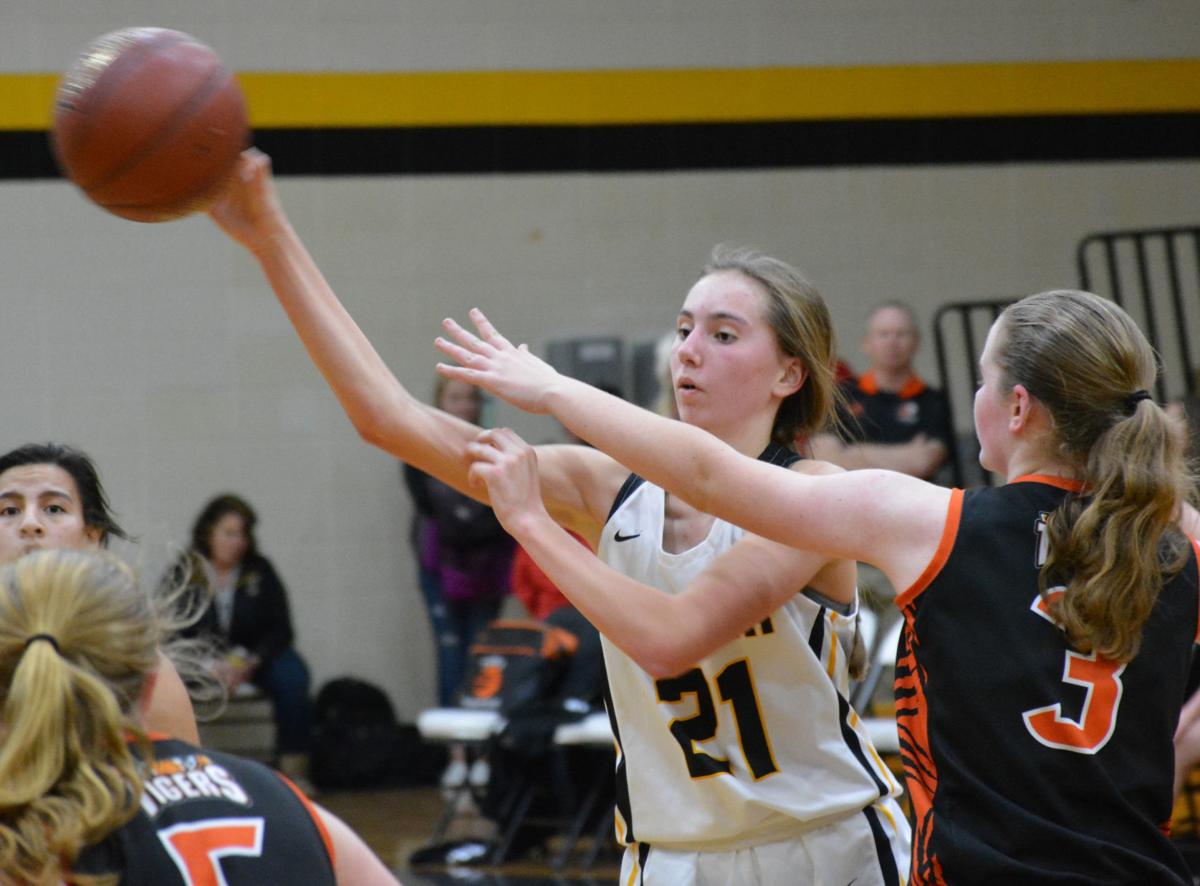 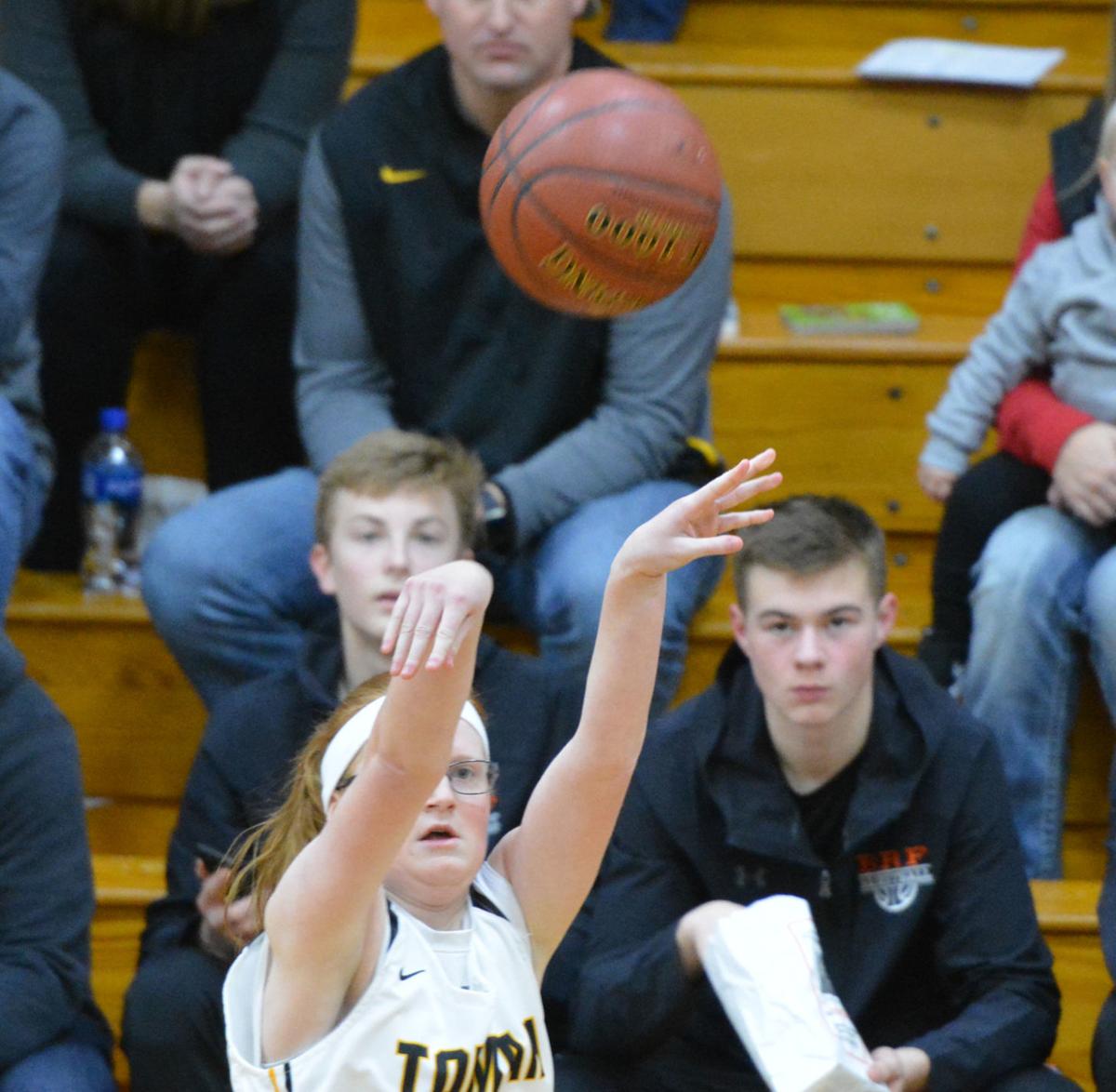 Emily Powell launches a 3-pointer from the wing. She took just three shots but finished with six points. 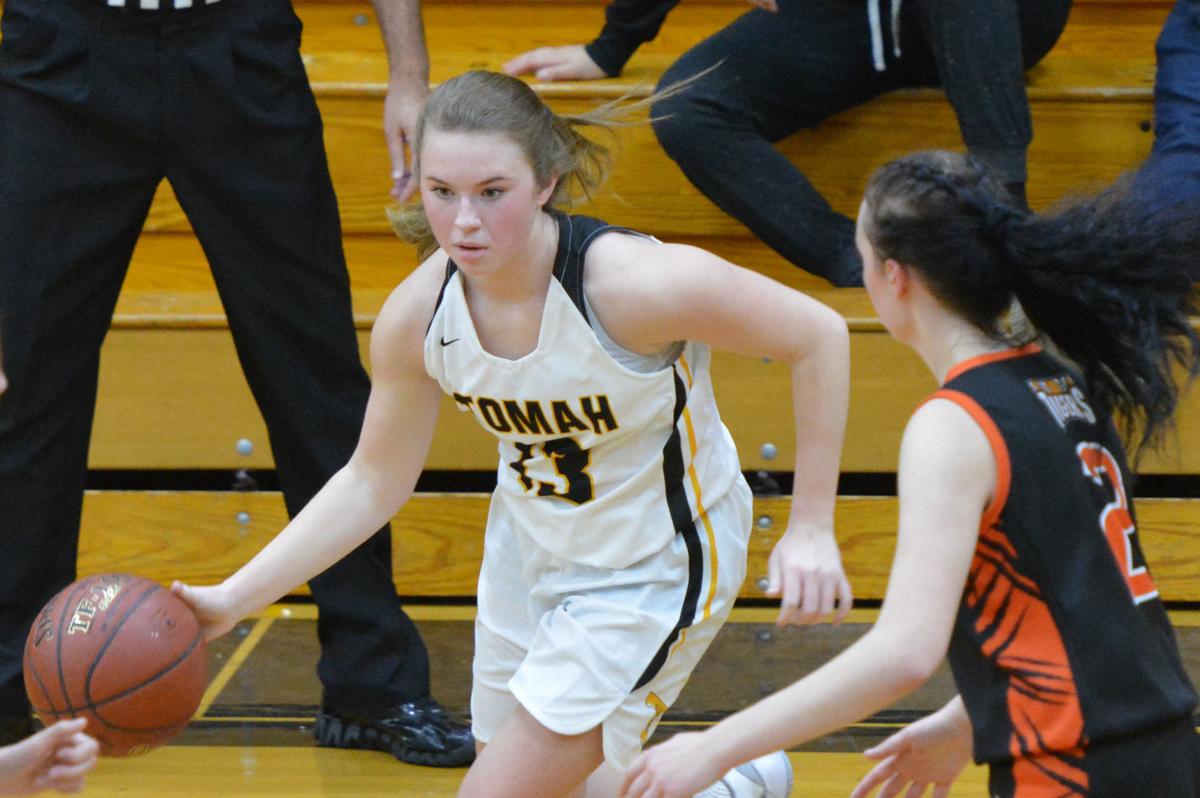 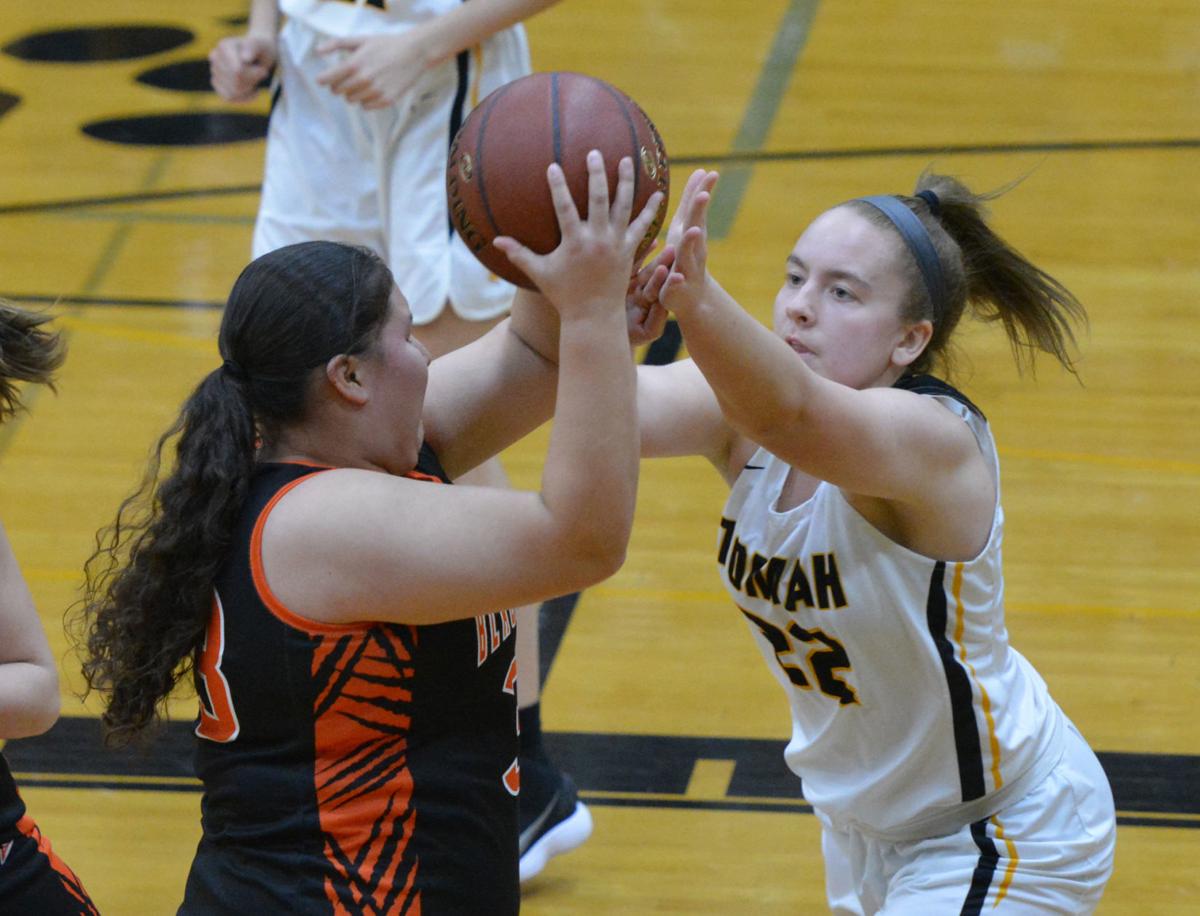 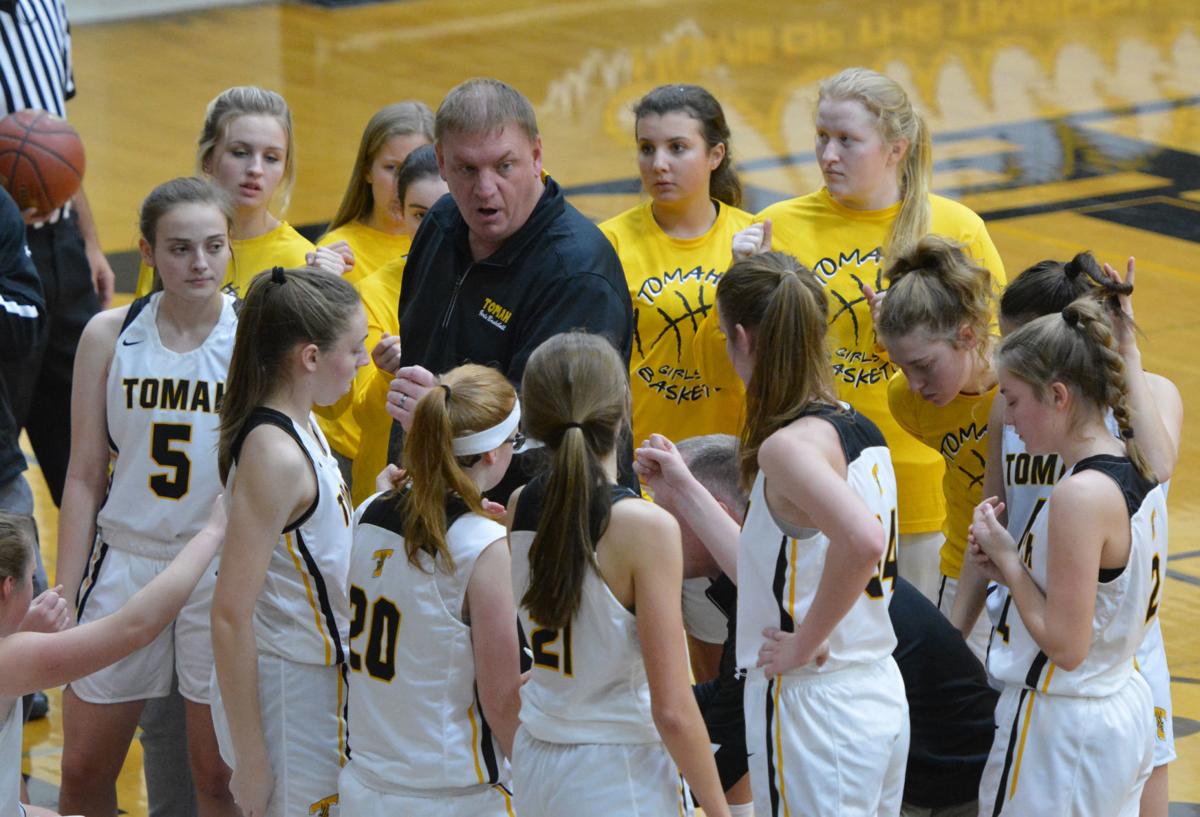 On a night when neither team was consistently making shots, Tomah’s Emily Powell delivered at crunch time.

Powell scored five points in the final 2:08, and they were enough to lift the Timberwolves to a 39-34 victory over Black River Falls in a nonconference girls basketball game Friday at Tomah High School.

Tomah coach Mark Von Haden said Powell’s effort and energy were critical for the Timberwolves down the stretch.

“Emily Powell is going to give you everything she’s got,” Von Haden said.

That included critical points down the stretch. After Alexis Spiers made two free throws to give Tomah a 33-32 lead with 3:46 remaining, neither team scored again until Powell drilled a 3-pointer at the 2:08 mark.

“She’s one of the girls who has that mentality − shoot the ball in that spot,” Von Haden said.

McKenna Dutton made a pair of foul shots to pull the Tigers to within 36-34 with 1:23 left before Powell hit the front end of a one-and-one for a 37-34 cushion with 36 seconds remaining. She missed the second foul shot, but Shani Tiber got the offensive rebound and was fouled four seconds later. Tiber made one of two foul shots, and Powell made another free throw with 16 seconds left to close out the scoring.

Scoring was a big problem for the Timberwolves in the first half.

They held Black River Falls to just six points in the first 13 minutes of the game but only had a 10-6 lead to show for it.

The Tigers finally started making shots in the final five minutes of the first half.

Black River Falls pushed the lead to 20-15 before Tomah launched a 9-2 run, capped by a Spiers 3-pointer that gave the Timberwolves a 24-22 lead. After that, neither team led by more than three points until Powell’s 3-pointer.

Von Haden said the girls should be happy with the win.

Tiber and Lauren Noth both grabbed 10 rebounds for the Timberwolves, while Plueger had three steals.

The Timberwolves open their Mississippi Valley Conference season Thursday, Dec. 12 with a home contest vs. La Crosse Central. The varsity reserve game is 5:45 p.m. followed by the varsity at 7:15 p.m. at Tomah High School.

The Tomah High School wrestling team will send 10 wrestlers to sectional competition in Verona this week.

The Tomah High School wrestling team was in desperate need of good news Friday, and it came from someone who hadn’t wrestled much this season.

A busy stretch for the Black River Falls/Tomah girls hockey team resulted in a 0-2-1 record over the last three games.

The Tomah High School girls basketball team has turned a corner, even if the result was a pair of Mississippi Valley Conference losses last week.

It was an impressive week of Mississippi Valley Conference road work for the Tomah High School boys basketball team.

Emily Powell launches a 3-pointer from the wing. She took just three shots but finished with six points.