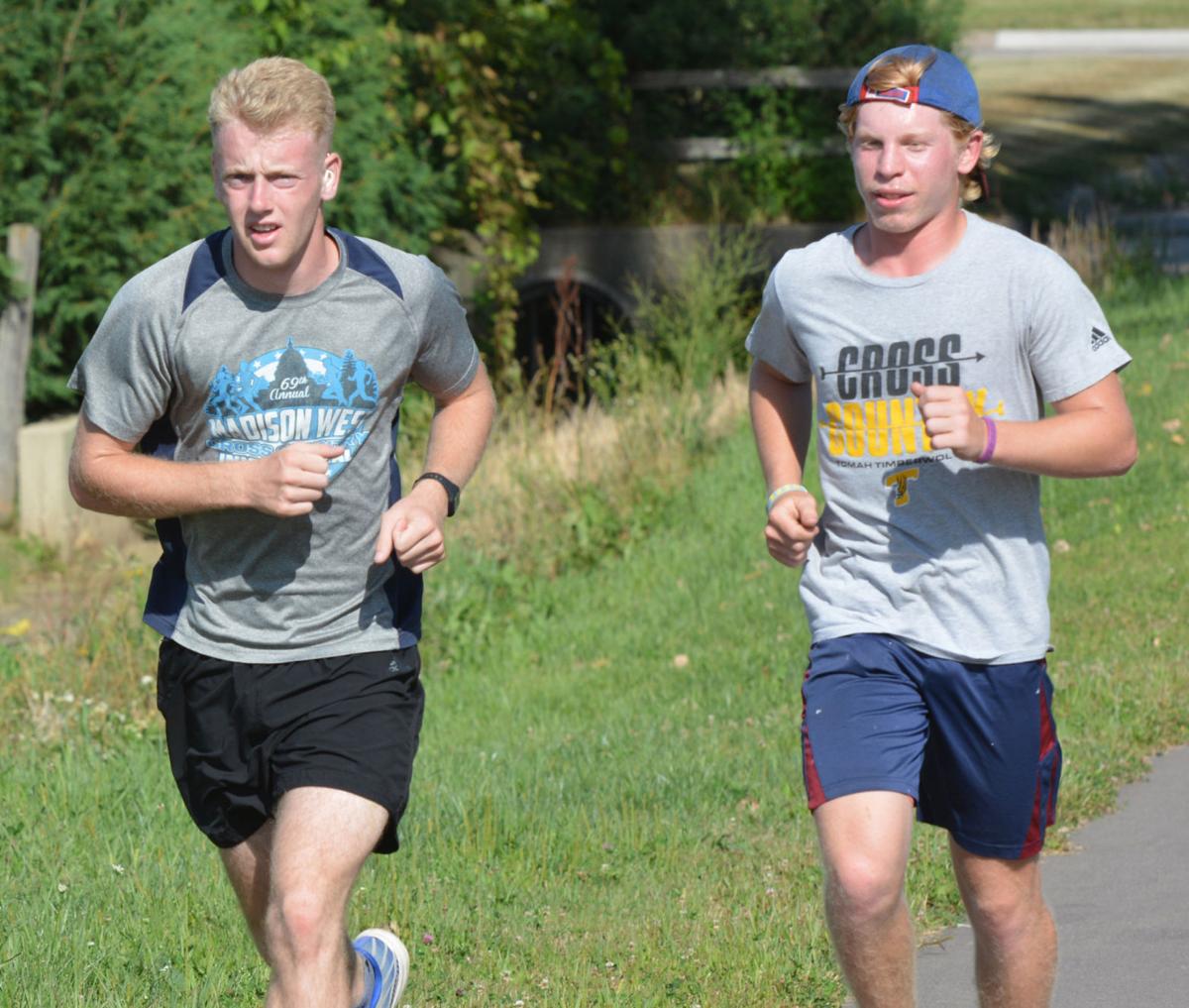 Weston Boettcher (left) and Kale Gnewikow are two of Tomah's top runners on the boys team. 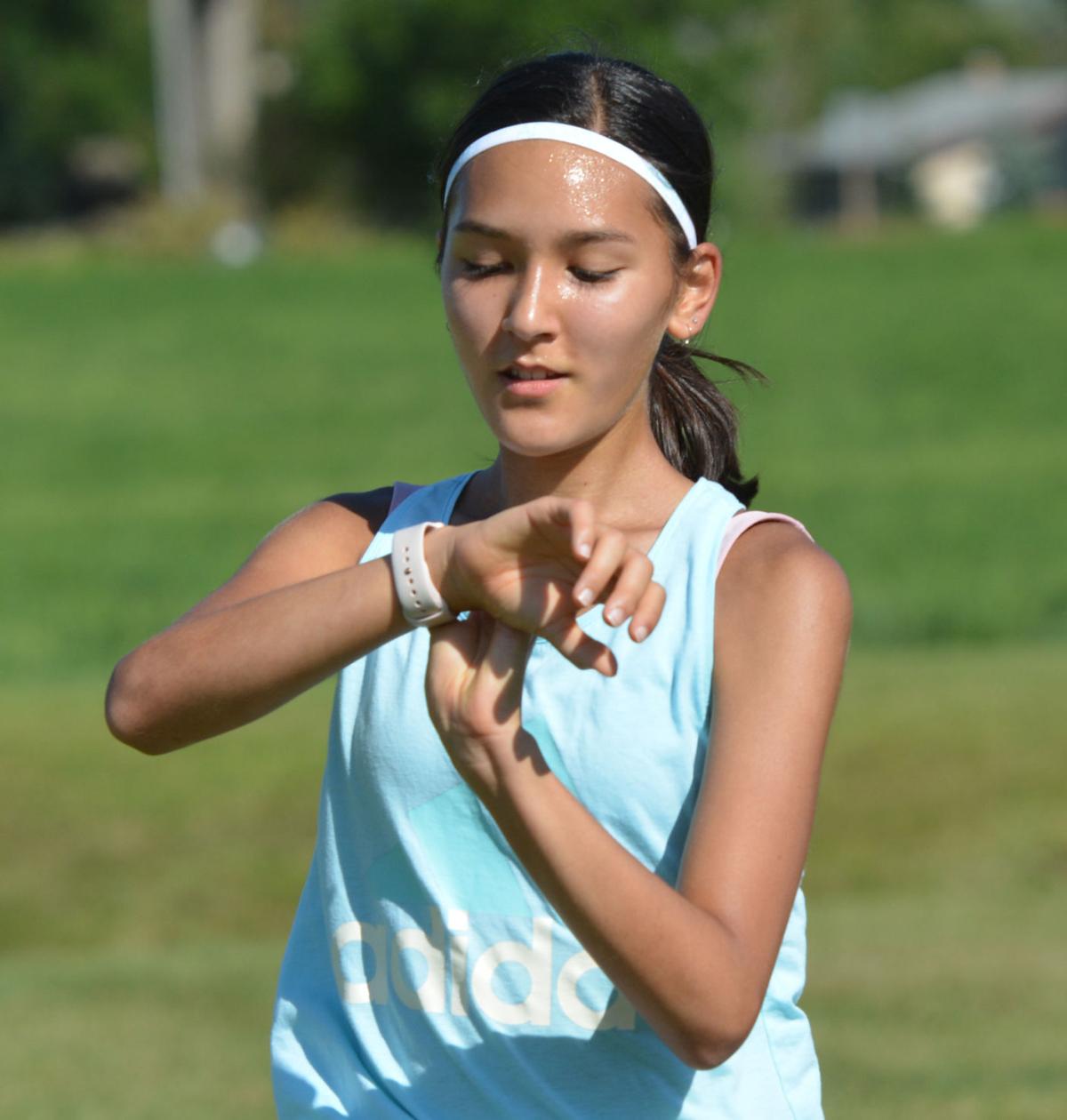 Aisha Hughart-Topgyal checks her watch during a pre-season practice. 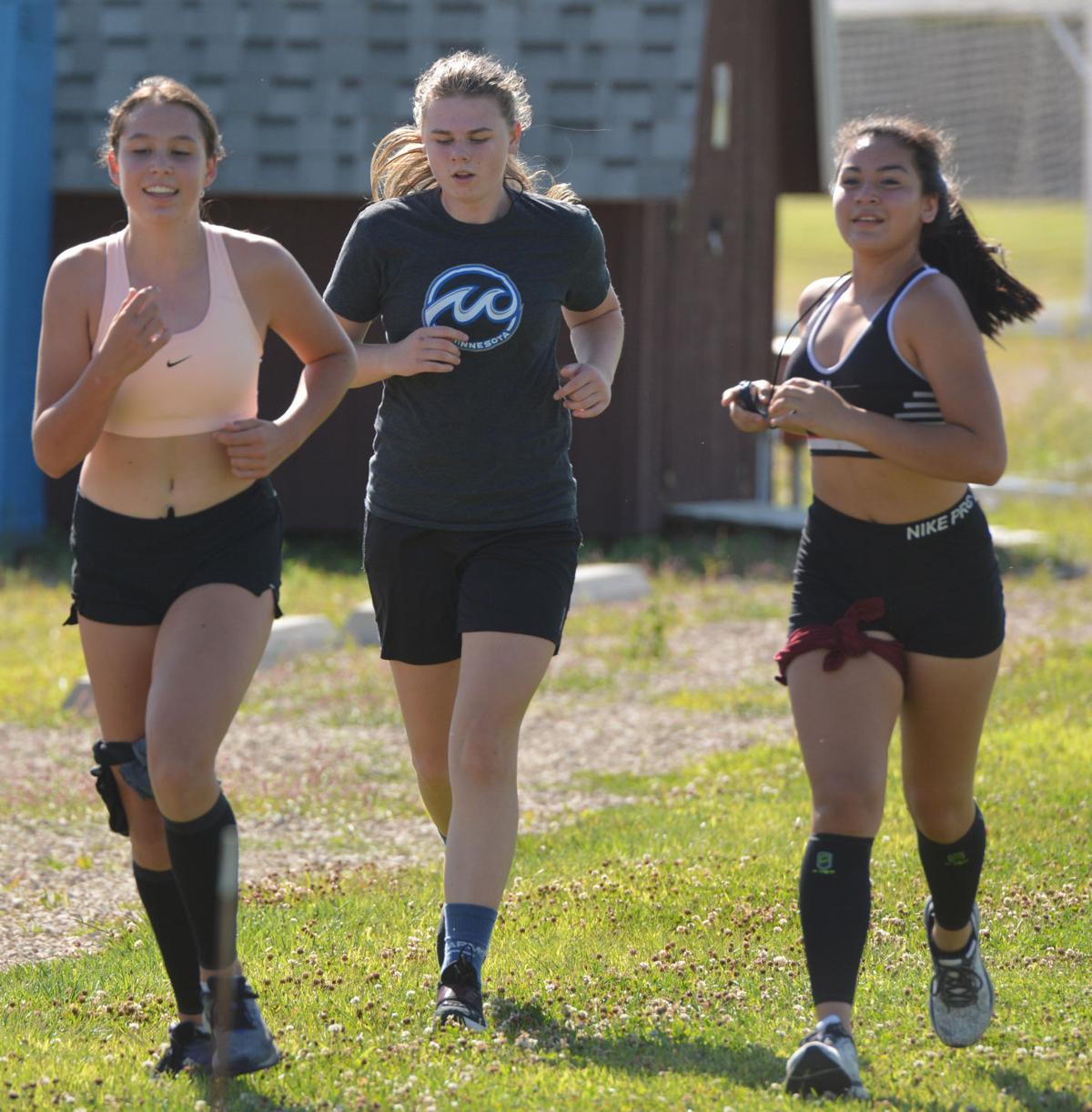 From left: Lily Joyce, Avery Hagen and Lupita Ruiz get ready to wrap up a pre-season training run.

Of all the fall sports offered by Tomah High School, none has been more thoroughly altered by COVID-19 than boys and girls cross country.

Meets are smaller, there is no chute at the finish line and starts are staggered to limit the number of runners on the course at one time.

“It’s hard to run meets in two different sections,” said Tomah coach Jon Heesch, who coaches both the boys and girls teams. “You don’t necessarily know what the runners in the other sections have done. It definitely adds a wrinkle.”

It may be awkward, but Heesch said his runners are grateful to have a season at all. Despite the uncertainty of the season, 16 girls and 19 boys showed up for the first practice.

“Pretty much everyone who I expected to come out is here,” he said.

The team leader is girls runner Hannah Wilcox-Borg. Two seasons ago, she was the first Tomah female cross country athlete in three decades to qualify for the WIAA state meet. A year later, despite losing half her junior season to injury, she bounced backed by mid-season and qualified for state again.

Heesch said last year’s injury and losing nearly two seasons of track and field have made Wilcox-Borg a motivated runner this fall.

“Hannah hasn’t had a full season of competition since sophomore cross country,” Heesch said. “She’s hungry this year and will be up there in every race. I feel pretty good about where she is right now.”

Wilcox-Borg has an experienced running mate in Brooke Bakken. Both are four-year varsity letterwinners and give the Timberwolves strength at the top of the roster. They are the only two seniors on the team.

There is lots of competition for the other five varsity spots, and Heesch said several freshmen are in the running.

The rest of the girls roster:

The boys lose two of their top runners from last season to graduation — Caleb Lenning and Sam Peterson — but still have five returning seniors back for 2020.

Also vying for varsity time are:

Heesch said his team has “been great” about following safety protocols at practice and wearing masks when they’re not running. He said the main goal for his runners is “to have as normal of a season as possible.”

“I tell them, ‘Let’s have every practice like it’s our last one,’” he said. “We want kids to have fun, be safe and be grateful for competing. We just want to get to the finish line of the season, and if there’s some sort of post-season, we’ll be ready.”

Rundio can be reached at

Weston Boettcher (left) and Kale Gnewikow are two of Tomah's top runners on the boys team.

Aisha Hughart-Topgyal checks her watch during a pre-season practice.

From left: Lily Joyce, Avery Hagen and Lupita Ruiz get ready to wrap up a pre-season training run.