As I start this record on Sunday morning, we have over 7 inches of new snow and there appears to be no end in sight. At 6 a.m., we awoke to a 5-inch thick blanket of new powder.

When I got outside an hour later, the gray beyond was still dumping. I turned off the dog alarm and waited under cover of the ancient cedar tree by the kennel while our kid in a gorilla suit finished his morning constitutionals; without thinking about it, I took in the silence.

Ellen’s bird feeder was swarming with red, blue, grey and black feathers, the snow was coming down heavily without wind and the birds — perhaps too intent on their own breakfast — didn’t disturb the silence. No, actually, I could even hear snowflakes faintly touching down on my jacket. My breath came easily, the bite of some cold mornings absent in a straight down fall of snow. I actually was taken back in time for a bit.

I remembered one of many similar winter mornings. I was slogging through a nearly silent snowstorm, dragging my long Flexible Flyer runner sled up the hollow into Grandpa’s pasture to our sledding hill. I was maybe 10 or 11. I stopped to catch my breath and there, the same silence — except for the “patter” of snow falling on canvas. I liked that feeling — then and now. I know I have stumbled into it often enough while deer hunting, ice fishing, hiking, or maybe in a break from moving snow or even stacking wood in the truck. I thought of, well, mostly of a time when I, like most kids, lived for a snow day or a blizzard. I thought of so many of our friends walking three quarters of a mile in deep snow to the top of Grandpa’s hill, only after first climbing up the bluff in town. I can still see Roy, Neal, Steve, Rick, Chuck, Don, Andy, Greg, Robert, and others, slipping through the barbed wire to the launch site at the top of the run. I remember we had a long — relatively speaking anyway — S-shaped run that had to first be shoveled or walked and stomped and ridden wide and smooth enough for our runner sleds. It took a little maintenance. I once — emphasis on once — even pulled two 5-gallon buckets with water on my sled from the milk house for using to ice up the straight away near the top. Not thought out well by engineering I can attest. When our friends the Bryhans visited from Lancaster, the girls, Rosemary and Diane, would have to tag along. I remember one time when Jimmy and my sister, Diane, rode down the hill together and instead of bailing out at the finish, they ended up going into the deep gorge/ditch at the bottom and crashing with lots of crying and yelling. They survived — barely. There were plenty of bloody noses and crash-related injuries and bruises by the end of most of those days. The sledding hill is still there, but after being livestock-less for many years, the path (like my memory sometimes), is getting overgrown.

Back when our sons were kids (to be fair, we think they still are), they’d already be out tramping out ski runs and sledding runs in a perfect pow snowfall like this one. They tried it all, sledding, cross-country skiing, just plain skiing, snowboarding, riding mountain bikes down the runs, and jumping over anything they could find in their way or they could move into their way. One year, the boys, with their mother’s and my help, had such a big jump — I admit culpability, but it was Ellen mostly — that guys would race down the hill behind the barn and be able to touch the power line going over to the tobacco shed. The line was dead by then, but I had to get a ladder and bolt cutters and take the wire down before somebody got clothes-lined in midair. Today, the boys still ride boards down hill at breakneck speed, but they dodge tree limbs, cliffs, rocky outcroppings, avalanches and often have to climb up mountains instead of hills to get started.

They get that from their mother. While I did some of this too, Ellen used to love figure skating, playing hockey, cross-country skiing. She loved snowshoeing, too.

Until next time, get out — regular readers know that I am not a snow fan, but when it jogs the memories of snow days and sledding parties, our kids, and my childhood, well, that is worth something I guess. After lunch Ellen and I will go out and play in our new snow. Have a great Valentine’s Day. Enjoy. 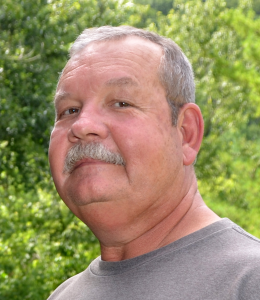 Greg and his wife Ellen Koelker are retired and live on Grouse Hollow Farm near Stoddard.

The following accidents were reported by the Vernon County Sheriff’s Department for the week ending Feb. 17.

More than 20 authors read to a capacity crowd at the Rooted Spoon Culinary in Viroqua, Saturday night, Feb. 15, to celebrate the release of “C…

A De Soto man was arrested for operating under the influence, fifth-offense, after hitting a power pole Monday evening in the town of Genoa.