A 20-year dream of offering the community a mobile library is coming true for Mary Mulvaney-Kemp of Viroqua.

Mulvaney-Kemp is coordinator of RedLou Library, which has the mission to serve those who are underserved or are not able to easily visit McIntosh Memorial Library of Viroqua. The mobile library, which will serve individuals living in the Viroqua school district, is not affiliated with the public library but is a private nonprofit endeavor.

Mulvaney-Kemp, who has experience as a reading specialist and children’s librarian, said she hopes the mobile library will be ready to serve patrons by the end of the October. There are 2,200 books – ranging from children’s to adult — most of which have been donated.

The library coordinator said what’s on the shelves and carts will change, depending on the day and the destination. Mulvaney-Kemp said she could roll carts into an assisted living facility and set up a mini-library, or if she’s stopping at a daycare center, children could enter the mobile library to browse the shelves and check out books.

“I will do what anyone wants me to do depending on need,” Mulvaney-Kemp said.

The seed for the mobile library was planted when Mulvaney-Kemp first started as the reading specialist at Viroqua Elementary School. After summer vacation, some student’s reading levels were less than they were at the end of the previous school year.

“Some kids didn’t have access to reading materials in summer,” she said. She thought other populations that could be served by a mobile library were the homebound, the elderly, those with a chronic illness who can’t get out, or those who have an injury and must stay at home on a temporary basis.

“There’s a whole gamut of people it can serve,” Mulvaney-Kemp said. “It has been in my heart and mind for 20 years.”

The name RedLou Library is a tribute to her late parents, Virgil “Red” and Louise (Brennan) Mulvaney who raised 13 children. She chose the name her dad had used when he started a business many years ago called RedLou and added the word “Library.” Mulvaney-Kemp’s parents set aside some funds for her to start the mobile library when she was ready. “I thought it (the library’s name) would be a good way to honor them.”

The library’s collection and more information can be found at www.redlou.org.

RedLou Library is housed in a Ford Transit van with a high roof and extended length. The van has been “upfitted,” meaning it has been modified to meet the needs of a mobile library.

The driver’s seat swivels so it faces the rear of the van and a small circulation desk that can be pulled down from the wall. There is a storage cabinet on the passenger’s side, and shelving and carts are specially designed so items stay in place when the library is on the road and are adjustable to suit Mulvaney-Kemp’s needs. A metal shelf near the ceiling of the driver’s side will hold audiobooks.

The van also includes electronics for patron and staff use (computer, printer, etc.) and auxiliary batteries as a power source for electronics, lights, etc. There is a fan in the ceiling to help circulate air and an electric lift in the rear that allows carts filled with books to be loaded and unloaded from the van. Retention straps keep carts in place when the library is moving and there are tracks in the floor which allow extra carts to be anchored to the tracks.

A Readstown man was arrested for operating a motor vehicle while under the influence and open intoxicants in the vehicle, following a traffic …

A Readstown woman was injured in single-vehicle rollover crash Saturday, Oct. 9, on County Road S, south of State Hwy. 56, in the town of Kickapoo.

Viroqua High School celebrated Homecoming Oct. 4-9 with a variety of activities, including a parade Friday afternoon.

Sheriff John Spears reports the following ongoing activities for the year and narrative excerpts from the week ending Oct. 11.

A Highway Safety Improvement Project is planned for USH 14/61 in the city of Viroqua. The project begins approximately 450 feet north of Brend…

You might remember that throughout the summer of 2020, we asked a lot of questions in this column about Vernon County’s old country schoolhous…

Get Lost! In Vernon County: Fargo

Hi. Vern here. Boy, everyone is rushing around lately, doing all types of stuff. I’ve been just watching you humans do your thing…No, not like… 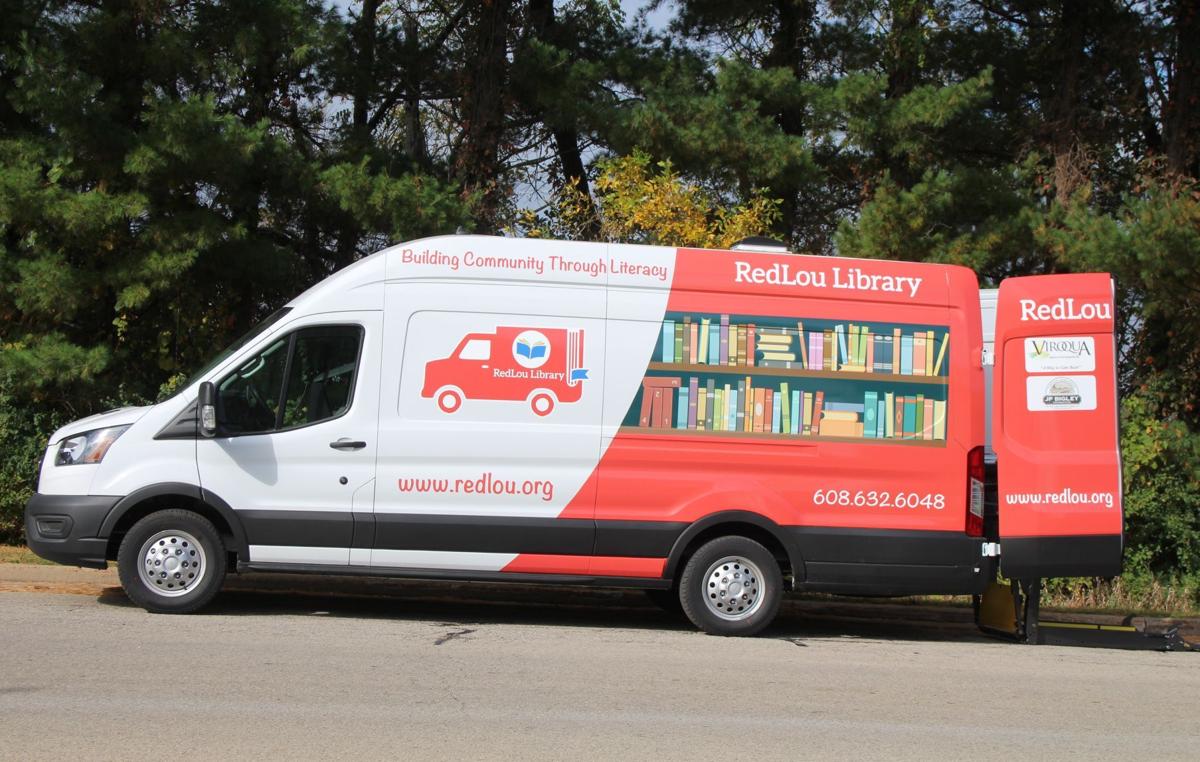 The RedLou Library will serve individuals living in the Viroqua school district. 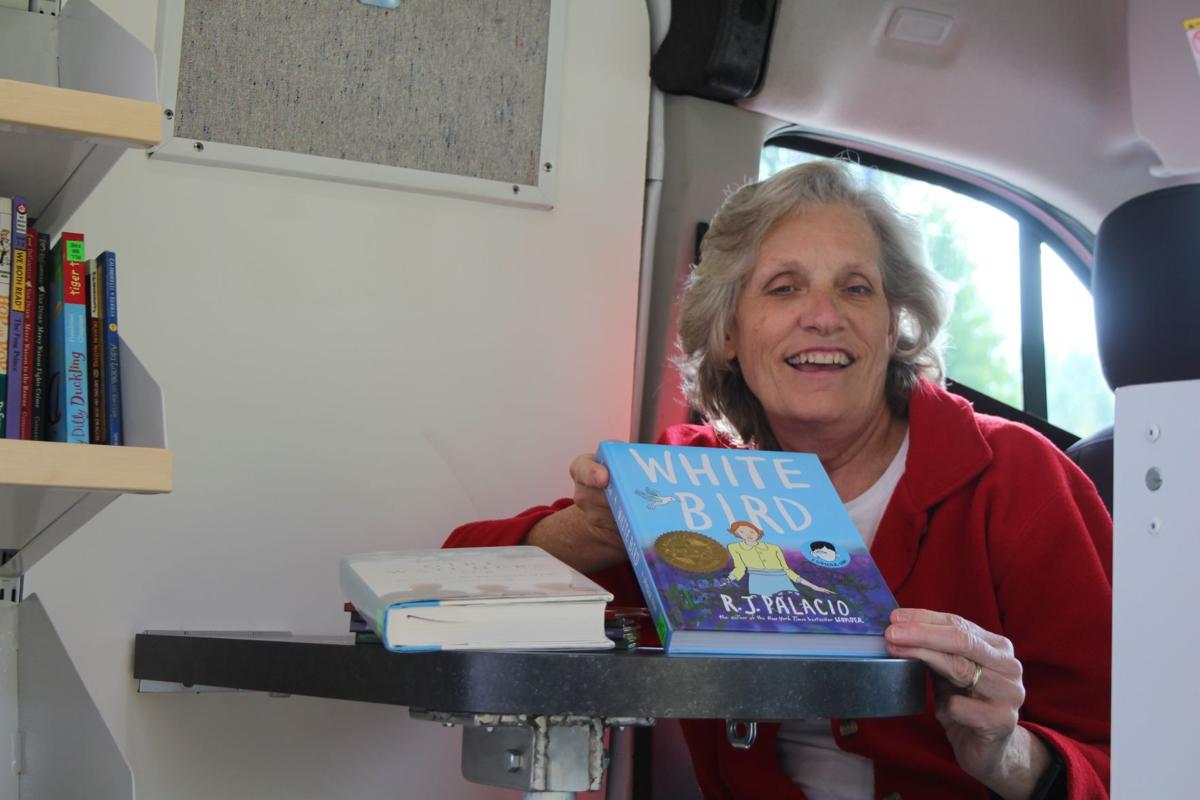 Mary Mulvaney-Kemp, founder of RedLou Library, sits at the circulation desk, which folds down from the driver's side of the van. 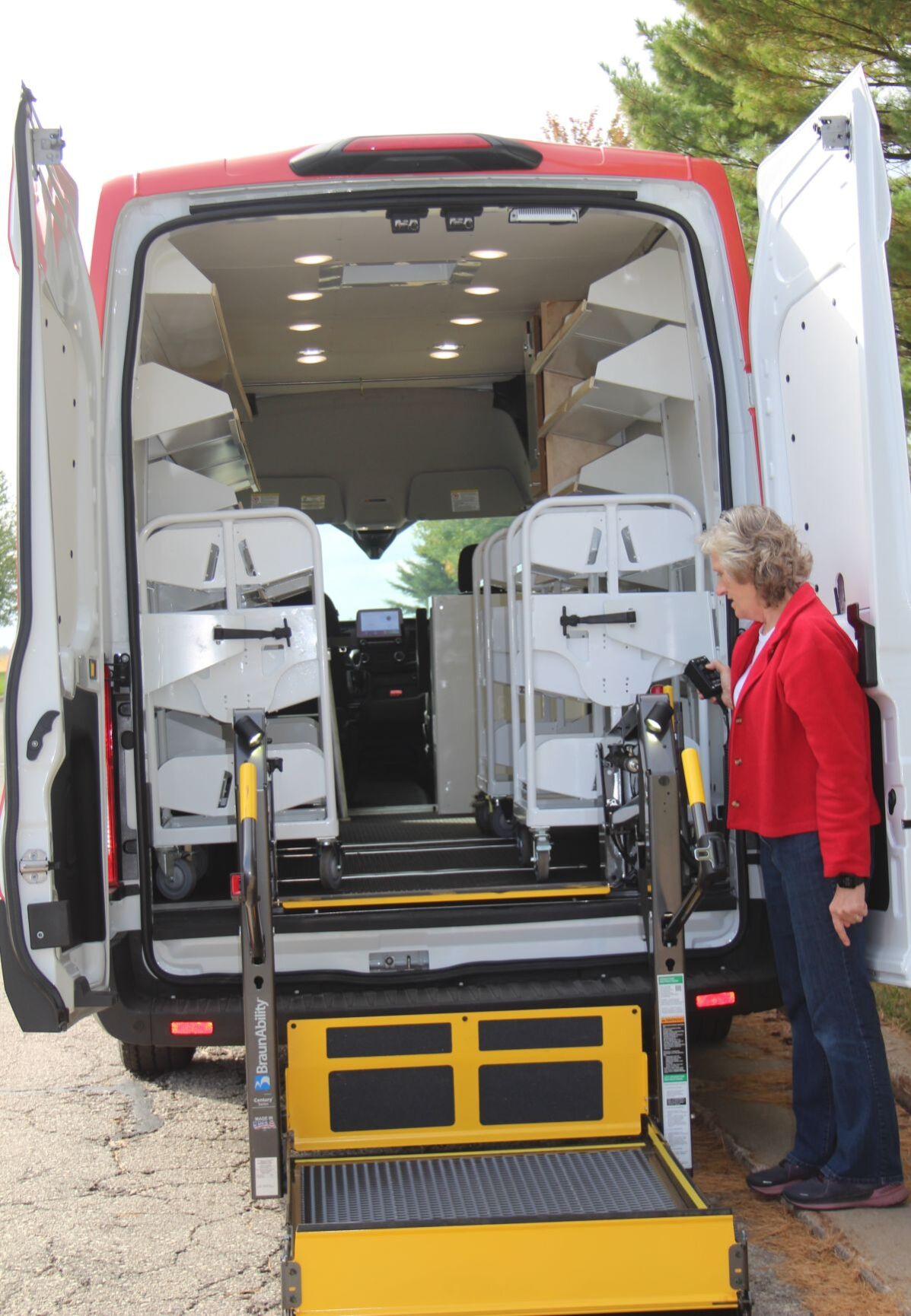 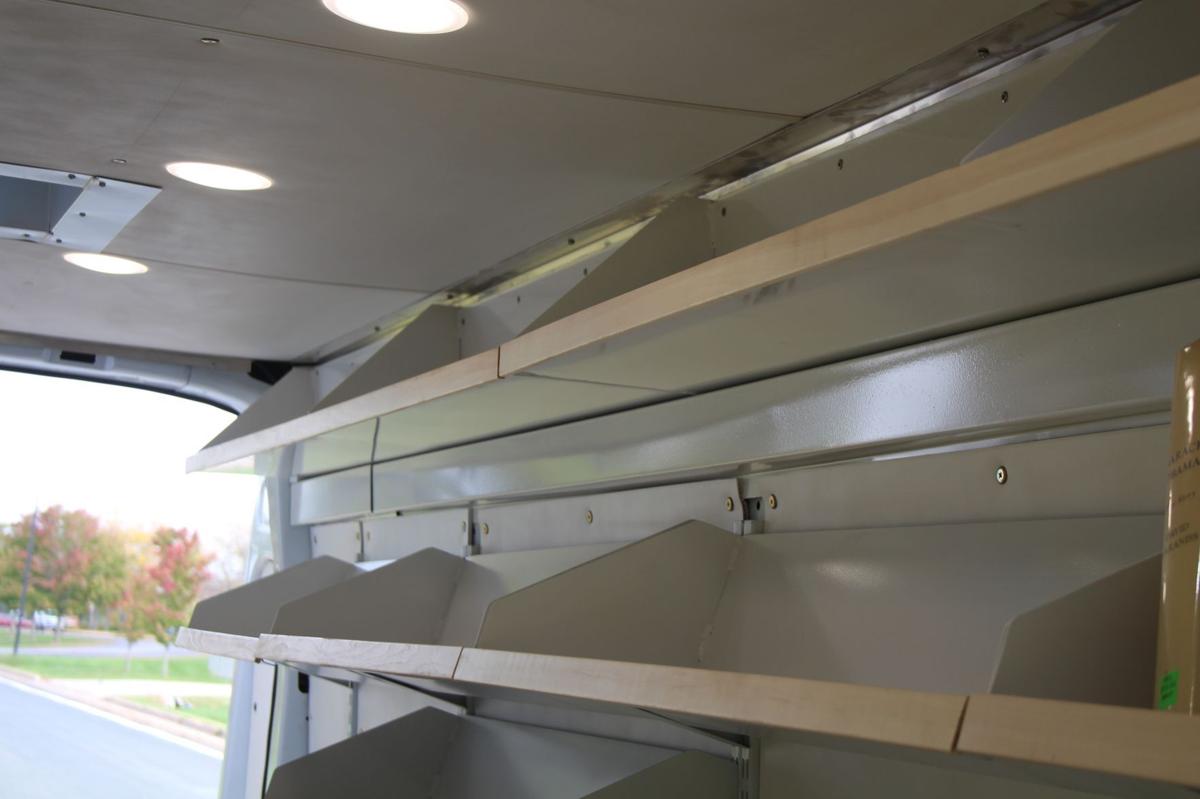 A metal shelf near the ceiling of the driver's side of the RedLou Library will hold audiobooks. The shelves below will hold books.