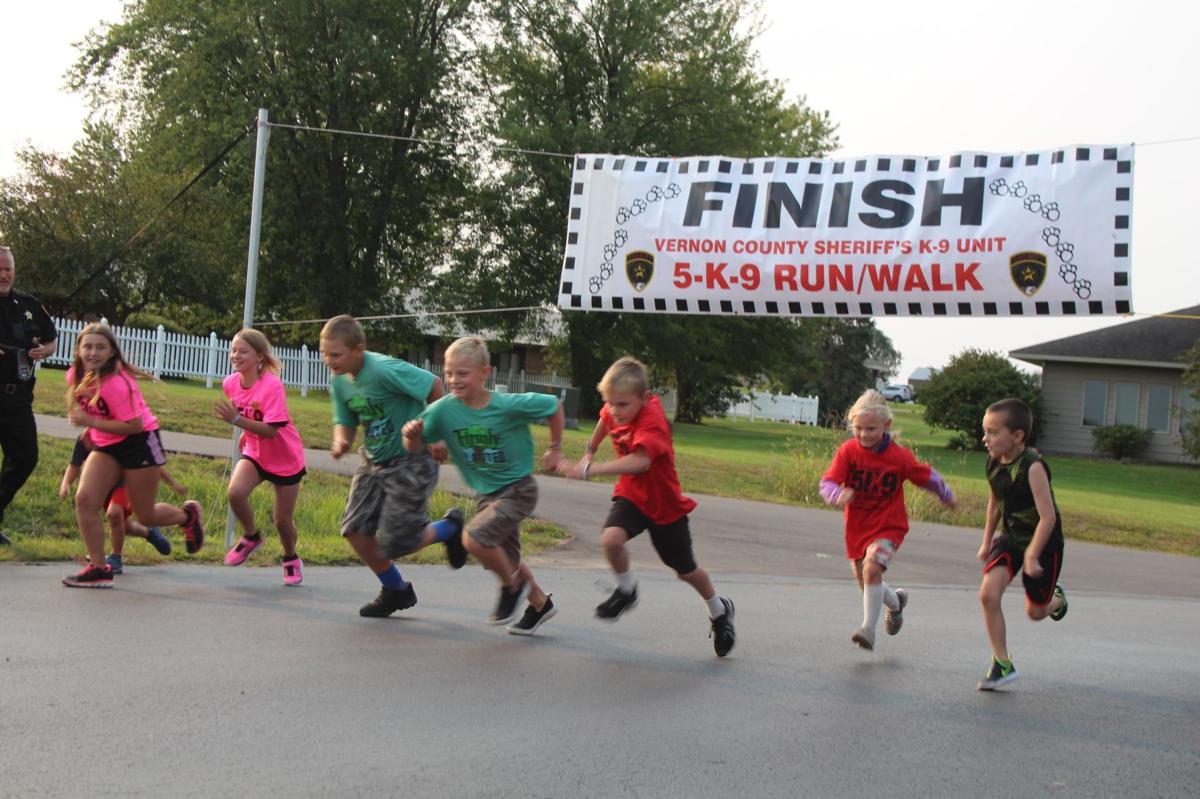 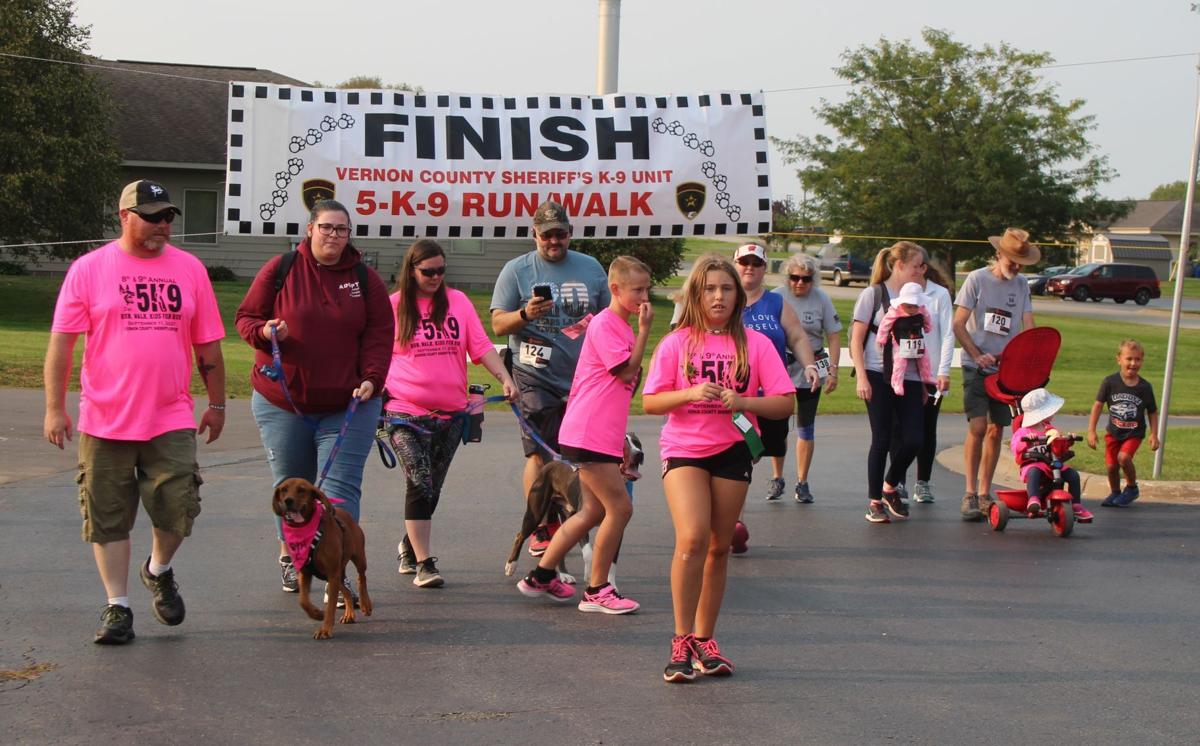 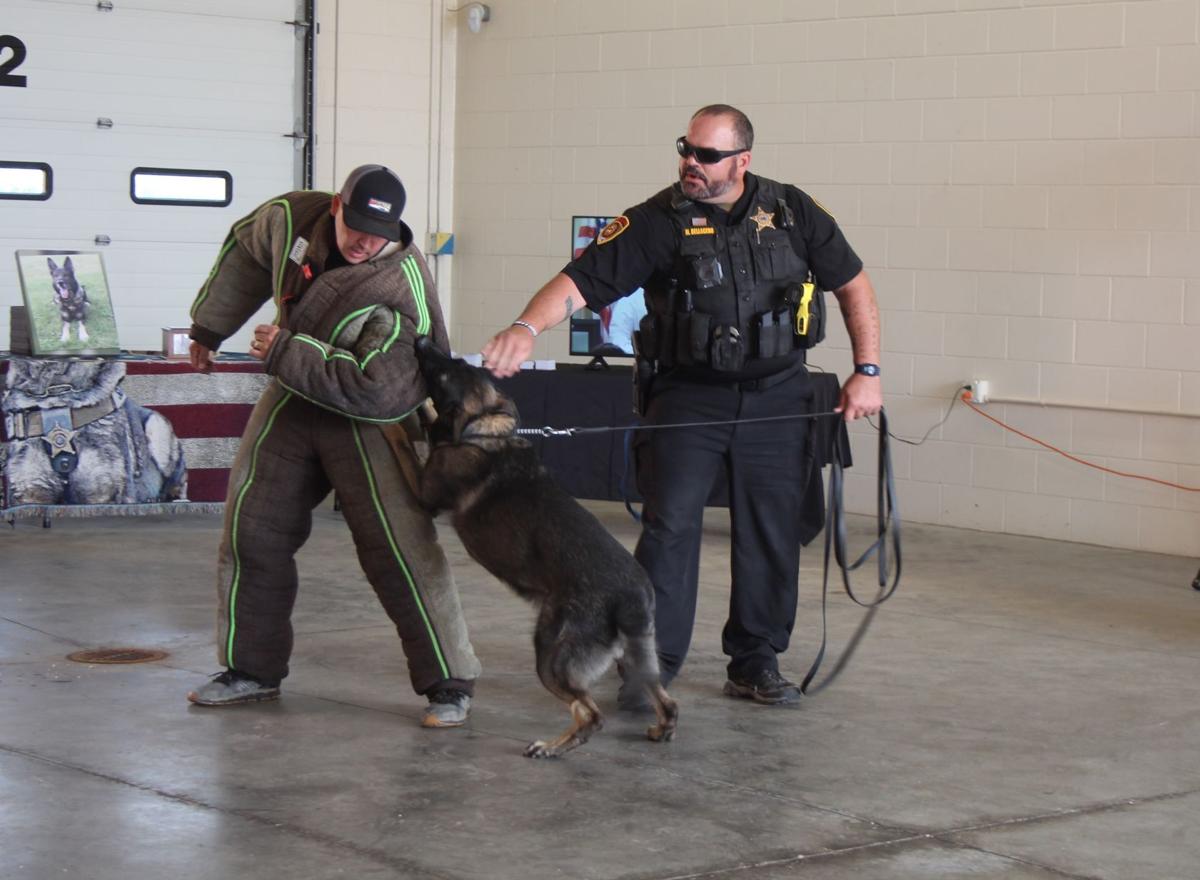 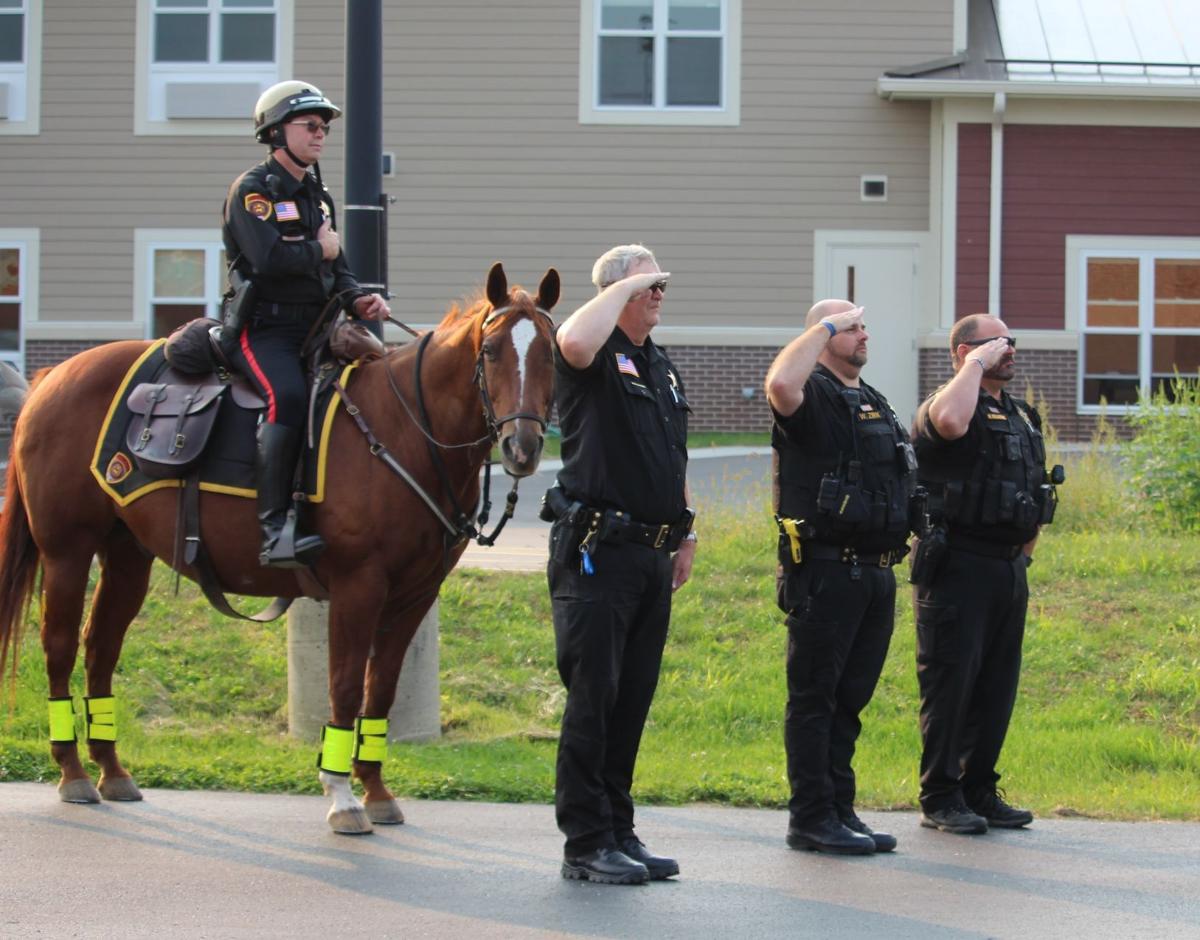 Vernon County Sheriff's Office deputies observe a moment of silence at 9:46 a.m. at Saturday's 5-K-9 Run/Walk & Kids Fun Run in remembrance of first responders and others who lost their lives on 9/11. 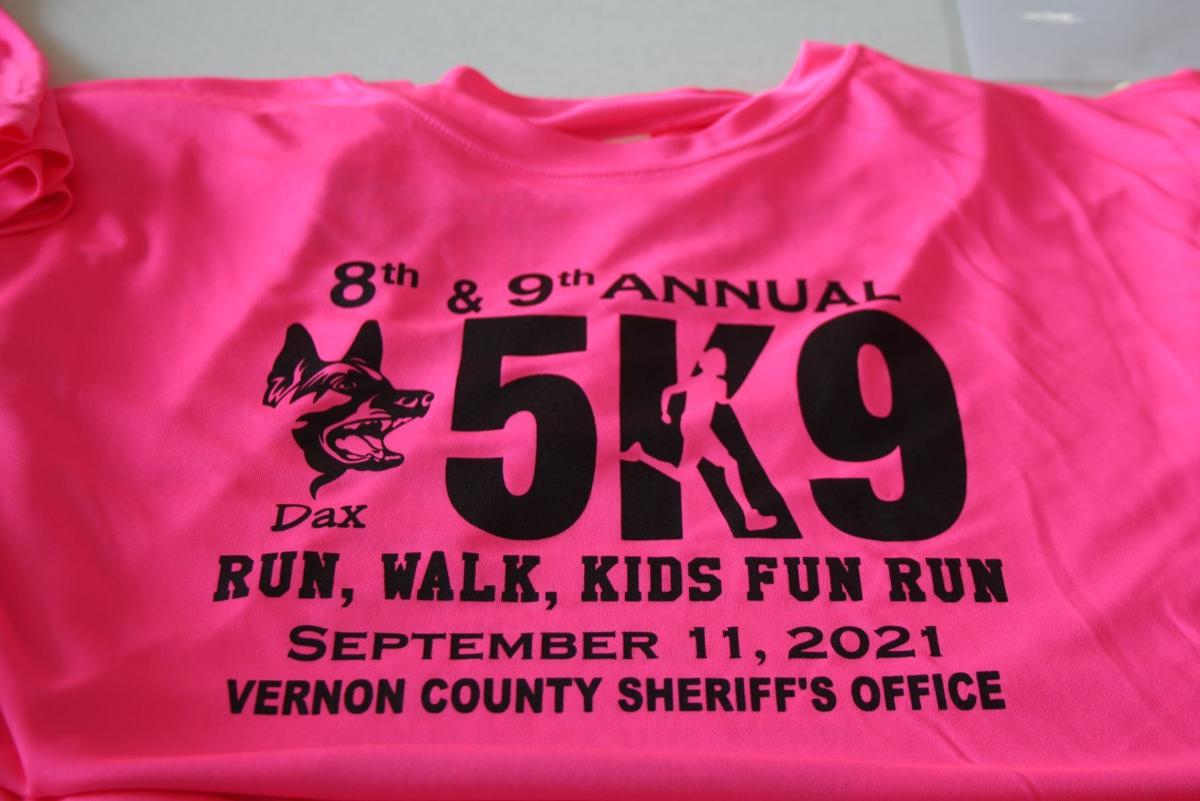 Before the run/walk started, there was a moment of silence at 9:46 a.m. in remembrance of first responders and others who lost their lives on 9/11.

The race, which started and ended at the sheriff’s office in Viroqua, had 44 participants. The quarter mile kids fun run was held following the moment of silence. Runners and walkers headed out once the children returned.

Once the winners were announced and the medals distributed, Sheriff’s Deputy Mark Bellacero, K-9 Dax and Brandon Lamere of Mid-West Working Dogs LLC of Viroqua gave an officer protection demonstration. Members of the public also had an opportunity to ask questions about Dax and K-9 units in general.

At the end of the day, Lamere said, a K-9 unit’s ball is like their paycheck. “They are driven for the ball. The ball is their reason to be there.”

Lamere said K-9 units live with the trainer during their initial training, and then live with their handler 24/7.

K-9 Officer Dax is a Sable German Shepherd who was born on Aug. 7, 2019 in Germany and imported from Bayreuth, Germany, in December of 2020 by Mid-West Working Dogs. With the community’s support and donations, the sheriff’s office purchased the K-9 unit from Lamere

He is trained as a dual-purpose patrol dog, specializing in narcotics detection, criminal apprehension/handler protection, tracking and article searches. Dax was sworn in at a short ceremony held at the sheriff’s office on June 7.

K-9 Officer Myk was born in Germany on April 26, 2010 and later imported to the United States of America by Steinig-Tal Kennels. Myk became a sworn, full-time member of the Vernon County Sheriff’s Office in July of 2012.

Myk worked his final patrol shift Friday, Nov. 27, 2020 at the age of 10 years and seven months, with his partner at his side. Myk had recently been diagnosed with cancer and suddenly passed away in his sleep, Wednesday, Dec. 2, 2020, at home with Bellacero at his side. A virtual memorial service was held for K-9 Myk on Wednesday, Dec. 16, 2020.

Sheriff John Spears reports the following ongoing activities for the year and narrative excerpts from the week ending Sept. 20.

The 164th edition of the Vernon County Fair drew people of all ages to Viroqua Sept. 15-19, after having been canceled in 2020 because of the …

Get Lost! In Vernon County: Valley

Hi. Vern here. So where you at these days? I can tell you are not here because I looked. Whether you are here or you are there, I’m sure you a…

Sheriff John Spears reports the following ongoing activities for the year and narrative excerpts from the week ending Sept. 13.

Vernon County Sheriff's Office deputies observe a moment of silence at 9:46 a.m. at Saturday's 5-K-9 Run/Walk & Kids Fun Run in remembrance of first responders and others who lost their lives on 9/11.