On Friday, Jan. 31, Creamery Creek Assisted Living staff in Viroqua and the Westby Area Historical Society partnered to present a bunad fashion show to facility residents and members of the community. Bunads are traditional Norwegian folk costumes worn in Norway for special occasions and to celebrate Norwegian heritage.

Several weeks before the program, Janessa Peterson, Creamery Creek director, issued a plea asking people to loan their bunads to the fashion show. Her request was overwhelmingly answered when 34 bunads, folk costumes and Norwegian sweaters came pouring in. Authentic bunads from Norway, as well as outfits made by local seamstresses who love to celebrate their Norwegian heritage, delighted the audience during a more than one-hour fashion show. Men’s and women’s bunads were modeled and children’s costumes were carried as a volunteer from WAHS described interesting details of the design and construction of each bunad, as well as interesting information about Norway. The majority of bunads represented the Gudbransdal area but other areas such as Valdres were shown so that comparisons could be made to identify design differences.

The full house of attendees learned about the construction of bunads, specific fashion rules that should be followed when wearing bunads, and even saw display cases of authentic special jewelry called solje that is worn with a bunad.

After the show, everyone was treated to struell and rosettes with their coffee as they visited and asked questions.

Janessa and WAHS appreciate the many members of the community who took time from their busy schedules to participate in the fashion show, both those who brought clothing for the show and those who attended. Bunads and Norwegian sweaters might cost from several hundred to many thousands of dollars, so Janessa and WAHS appreciate that people trusted their precious bunads to the event. The fashion show was such a success it is certain to become an annual event.

Bekkum Memorial Library in Westby joins nearly 16,000 libraries and thousands of readers across the country in offering the first Together We …

Ski jumpers will be flying again in Timber Coulee, rural Westby, in the 97th annual Snowflake Ski Jumping Tournament. Competition will be held… 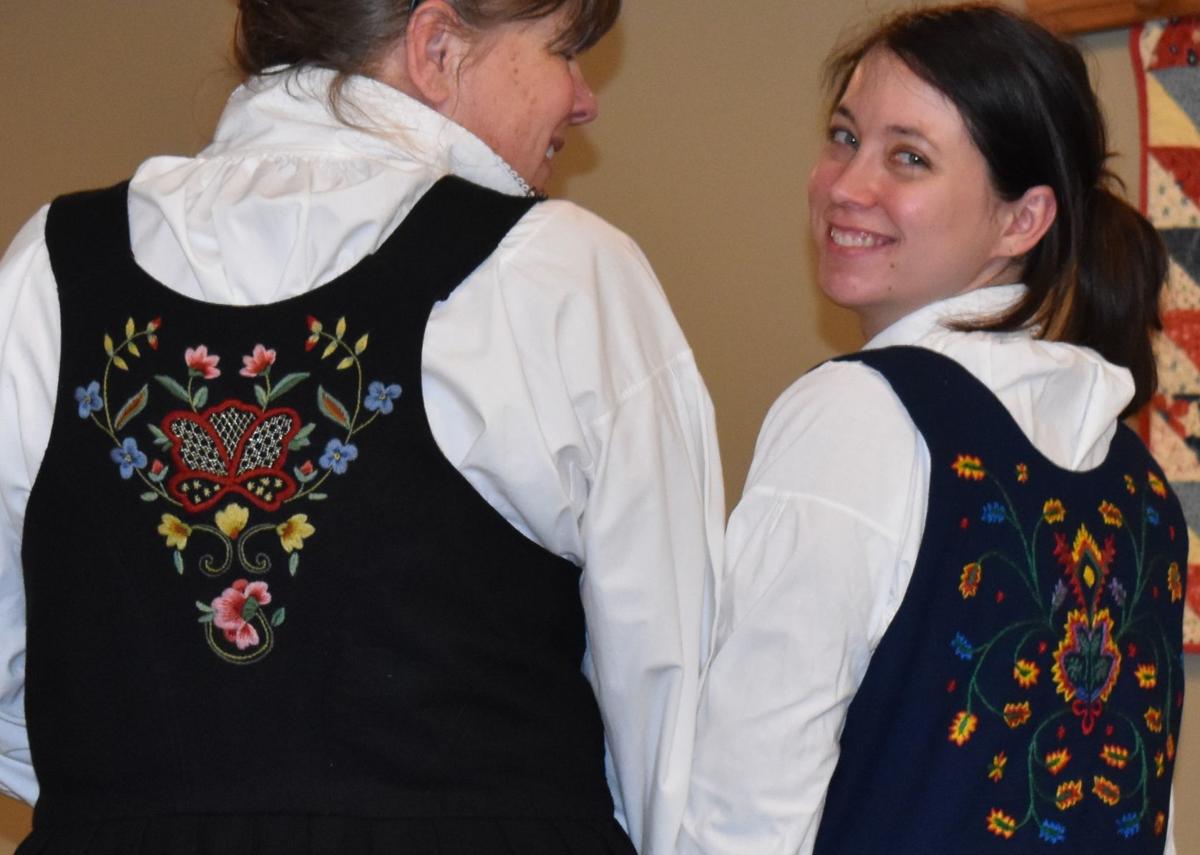 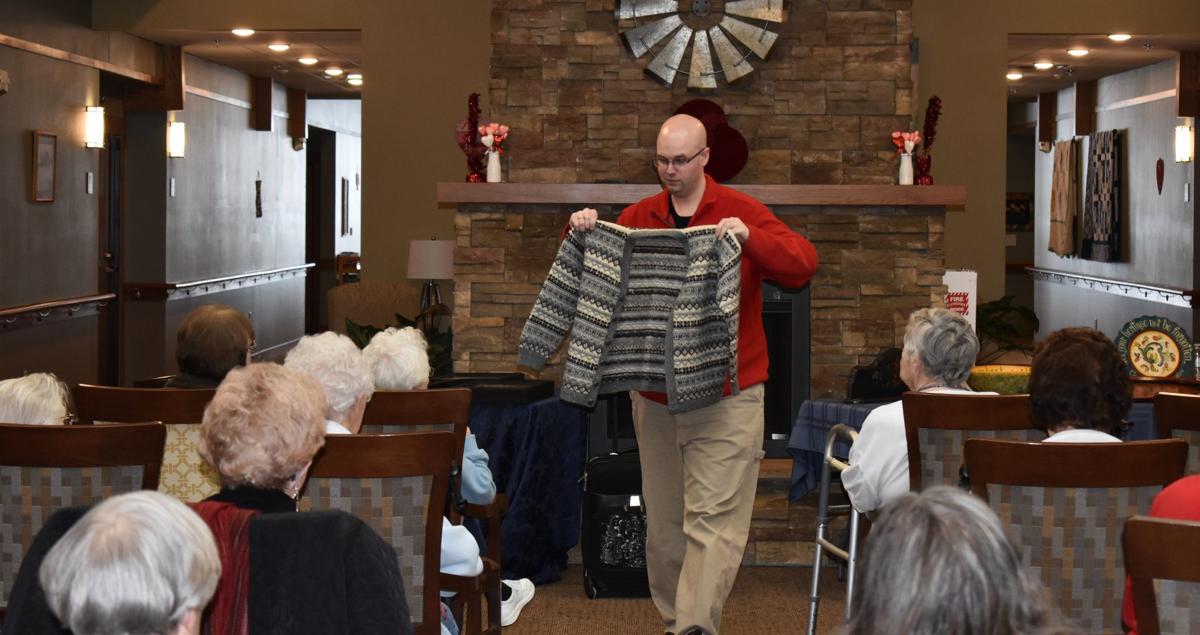 Nathan Randall, activity director at Creamery Creek, showing the design and pattern of a Norwegian pattern.