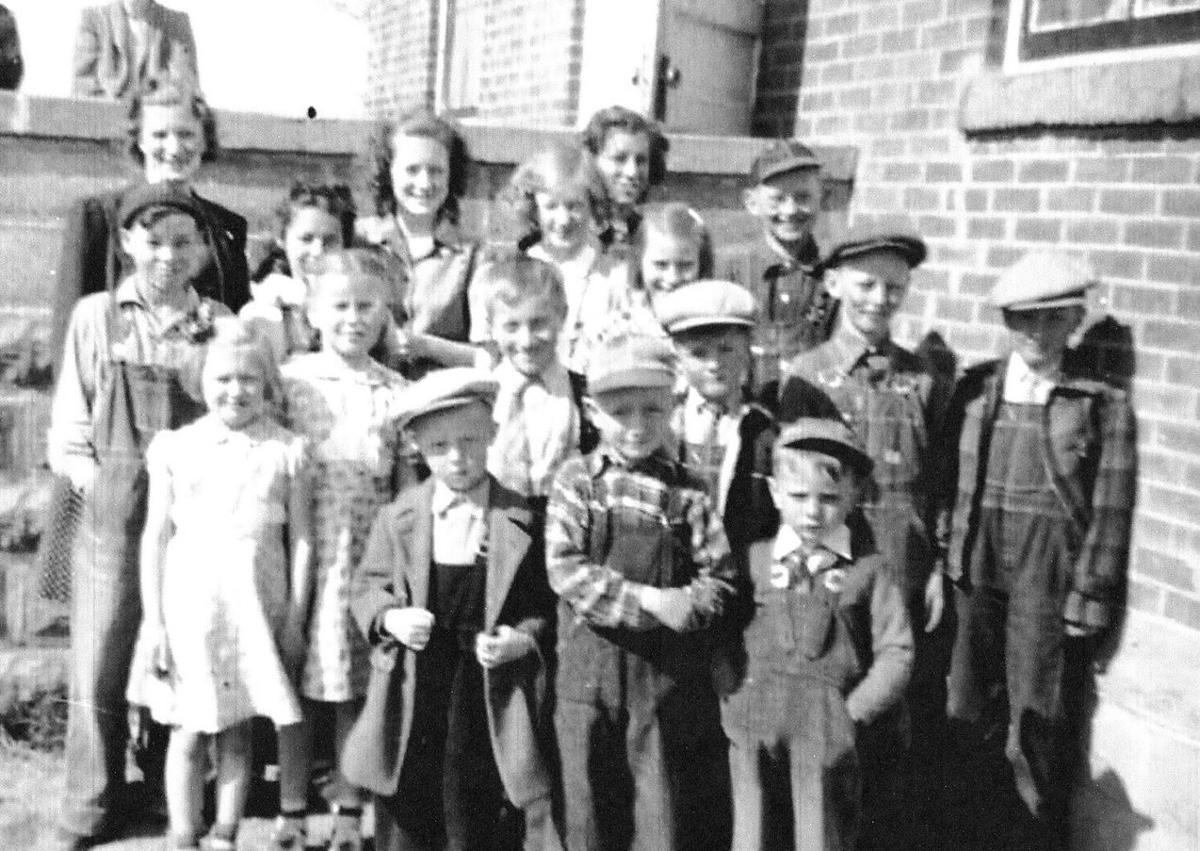 Students attending the one-room Leum School in rural Westby pose for a photo, which was taken May 17, 1940. 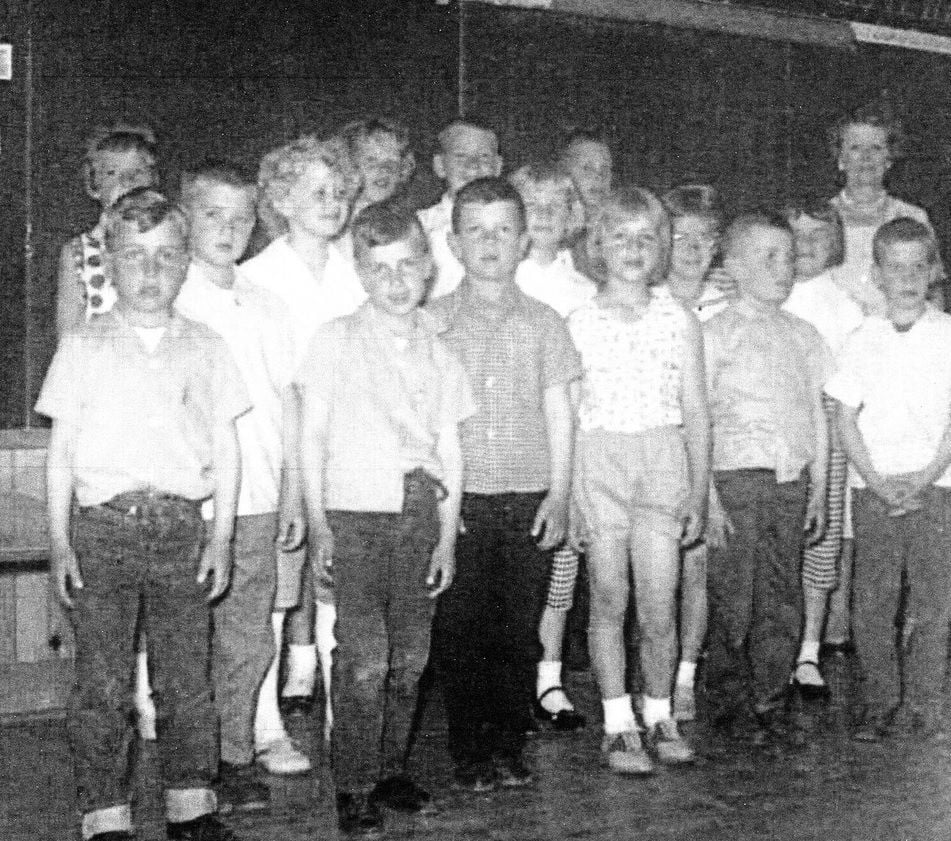 Leum School teacher Lilah Syverson (far right in the back row) poses with some of her students in this undated photo. She taught at Leum School from the early 1950s to the end of the school’s closure in 1963.

History Alive Project research volunteers used the eight meticulously-documented, type-written pages of the late Lillian Leum’s material to tell the saga of the Westby area Leum one-room School which closed in 1963 after being opened for 77 years. Dates, names and the School’s events over those years appeared in part one of a previous issue.

Lillian added two pages that she called “additional bits of information,” and these bits brought her entire story from black and white to 3-D technicolor. In the early days of Leum School the students spoke Norwegian, but this was an English school and so in the classroom English was used. At recess time Norse was spoken; some children did not know any English when they entered first grade. Consequently, they spent one year to learn English and the next year they did first grade work.

The teacher boarded at the homes of the people in the district. The Ole Leum home had many teachers staying there even though there was already a big family there. When teacher Cora Rude boarded there, she had to find another home because a new baby was expected. Evelyn Marshall and family lived in two rooms at the Søren Meyer farm. She also stayed for several years at the Elmer Leum farm. Because there were already nine people living there, her bed was in the living room.

As was custom in the early days Parochial School was held in the Leum School in the summer and both Norsk and English languages were used.

There were special programs at Halloween and Christmastime. They the building would be filled to capacity with students, their grandparents, aunts, uncles, cousins, neighbors, friends and even people from other Districts. Each student was dressed in his/her “Sunday Best” clothes and, eagerly or not, anticipated their special part of the program. The school was on a party line and it was embarrassing if the telephone would ring when you were reciting. The adults had fun as they would have a basket social, put on plays and programs. The last day of school for the year meant a all-school picnic with a potluck dinner and the teacher furnished the ice cream.

Graduation from eighth grade was special. There would be new clothes, diplomas, class pins, and even picture taking. Not everyone finished Grade 8. Some students quit at the end of fifth grade and others quit when they turned 14 years old, as that was the end of compulsory education. One year there were 11 students in the first grade class but only three graduated. Graduates had to write an exam in order to pass, they also wrote a class will and prophecy as part of their graduation program.

Early students did use chalk and a slate for their work but later everyone had a penny pencil and paper. The songbook was most likely “The Churchill Grindell” book and each morning began with singing whether students had a piano or not.

Many of the boys had to help with farm chores before going to school in the morning and again after school in the evening. At school there was time provided for play. Some of the games were: gjepe pina, ante-over, tag, marbles, jump rope, drop the hanky. Playground equipment included: teeter-totter, slides, and swings. Sometimes teeth were knocked out when students went head first down the slide and landed on their face. Of course in winter, children went skiing from the schoolhouse way down into the valley. Sometimes they went too far and did not hear the 1 p.m. bell which caused trouble when they did return late. There was skating on the pond at the Ole Rude and Elmer Leum farms.

As usual, some boys experimented with chewing tobacco and smoked corn silk or tobacco, but their green faces always gave them away. Someone even buried some coins on the playground, but forgot to mark the exact spot of burial.

The HAP writers sincerely appreciate the Leum family for recent conversations and information to help with certain article details. It has been an honor and pleasure to tell the Leum School story.

When the American Cancer Society Sole Burner of Chaseburg event is held Saturday, Sept. 25, Vickie Dunnum of Westby will be sharing her cancer…

Westby conversations to center on the book 'Waking Up White'

Debby Irving’s book, “Waking Up White,” will be the topic of four Courageous Conversations in Westby.

The 2021-2022 VFW Patriot’s Pen Essay Contest for middle school students has been announced and will be held in local schools, according to To…

Students attending the one-room Leum School in rural Westby pose for a photo, which was taken May 17, 1940.

Leum School teacher Lilah Syverson (far right in the back row) poses with some of her students in this undated photo. She taught at Leum School from the early 1950s to the end of the school’s closure in 1963.