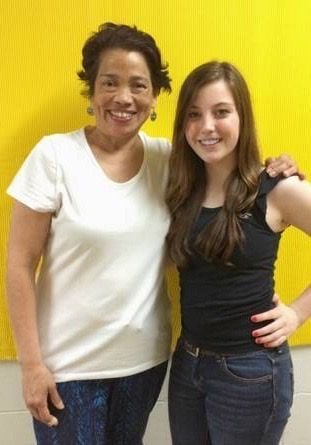 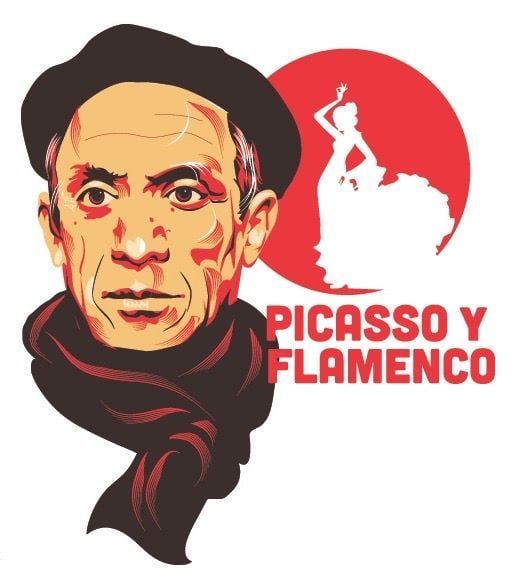 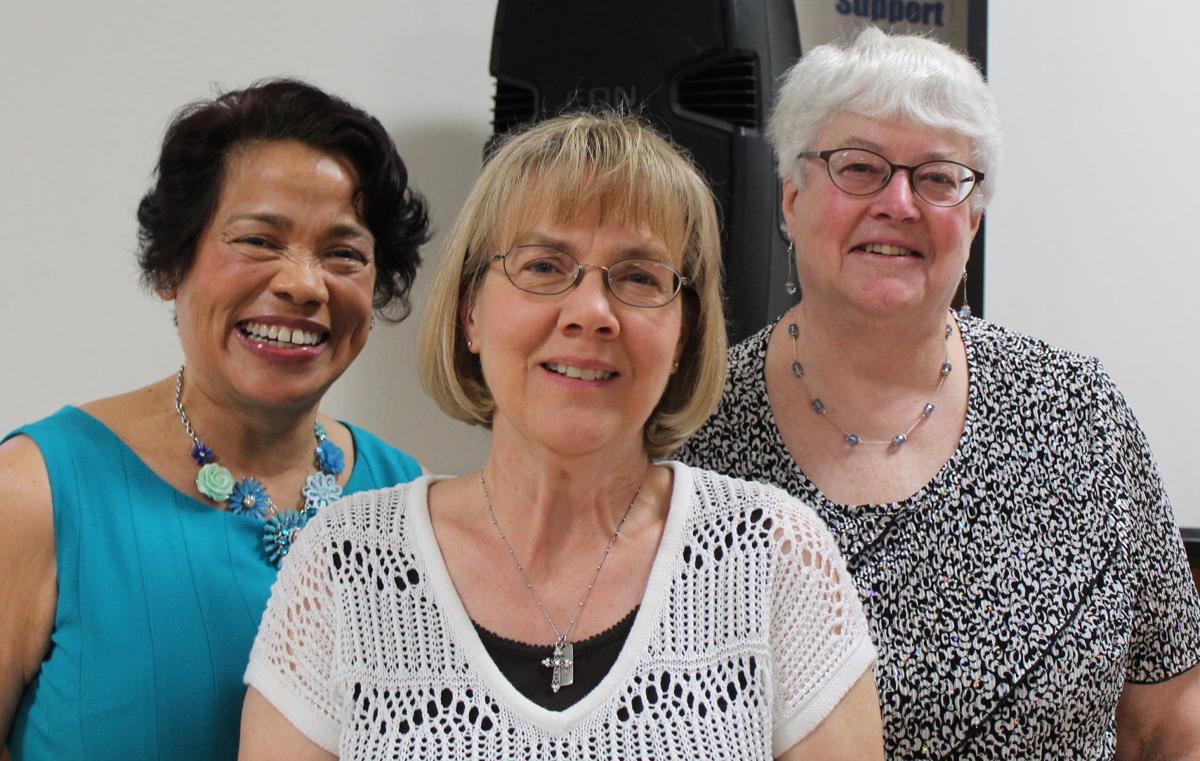 High School Spanish teacher Jeannette Fox (left) was one of several employees in the Westby district who retired at the end of the 2014-15 school year. Also shown are Pam Olson (middle) and Mary Bakkum (right)

An educator’s belief in her student and that student’s willingness to take a chance will lead Beta DeFlorian on a month journey of a lifetime to Spain in July.

DeFlorian, an incoming junior at Westby Area High School was nominated by her high school Spanish teacher, Jeannette Fox, to participate in a summer program called Student Diplomacy Corps (SDC). The program is designed to emerge a select group of talented high school students across the nation and all over the world in new cultures, meanwhile deepening their understanding of global issues and unleashing their potential and creativity.

The goal of the program is to challenge students to step outside the box and their own comfort zone to share, give, laugh, struggle and learn about the world around us. Thrilled with the concept, DeFlorian started the rigorous application process and after many hours of hard work, immense thought, and an interview, she was accepted.

“I was thrilled to become part of the Picasso Y Flamenco Program in Spain. The program includes Spanish seminars, dance and music classes, visiting numerous museums to see the famous works by Picasso, stuffing myself with Tapas, interacting with the local residents, swimming at beautiful beaches, and staying with a host family while I’m in Spain,” DeFlorian said.

In preparation for her 4,268 mile journey away from home, DeFlorian has tried to imagine what happens when a group of young poets, athletes, ecologist, artists, musicians, activists, authors and civic leaders from communities across the United States and around the world come together in a single location.

“Imagine what happens when you develop an understanding, passion and commitment to urban studies, multilingualism, environmental sustainability, civil society, art and music. Imagine the friendships you’ll make, skills you’ll develop, confidence you’ll build, new perspectives you’ll gain and new possibilities in your future. That’s what I spent time imagining from the time I learned I was accepted into the program,” DeFlorian said.

DeFlorian is the daughter of Terry and Tanya DeFlorian of Westby. For months the DeFlorian family worked closely with Mrs. Fox and Westby alum, Breeze Willis, the current Director of Leadership and Program Design for SDC, along with Chris Frantz, SDC founding director.

“They all played key roles in ensuring me a successful and smooth running trip to Spain. For that I can’t thank them enough. I am most excited about meeting new people, learning new customs, experiencing new food, visiting local attractions and expanding my love of art in the Spanish culture,” DeFlorian said.

DeFlorian leaves New York for Madrid, Spain on July 1 and returns to the United States on July 29.

In New York she will connect with her SDC group and leader for a meet and greet session at the airport. Upon arrival in Spain her journey begins at Retiro Park with her first taste of the country and the language. From there DeFlorian’s group travels by train to Jerez to study flamenco and become immersed in the song and dance. She will spend 10 days with a host family and during her month long adventure she will visit the Prado Museum, the Royal Palace, Alcazar, Plaza de Espana and Barrio Santa Cruz in Seville. The journey ends in Barcelona with a Sagrada Familia visit, a stop at Park Guell, the largest museum in the world and the Picasso Museum.

Beyond her own new found knowledge of international travel, DeFlorian hopes to bring back a sense of encouragement that she can translate to others.

“As a whole, I want to become an advocate in assisting other students interested in the SDC program. I hope to improve my language skills while I am in Spain and continuing my Spanish courses in high school and beyond,” DeFlorian said.

To date this ambitious teenager has completed two years of Spanish (her favorite class) and is looking forward to more as she advances through high school. Her advance Spanish education will come under new directive after Fox retired from the school district at the end of the 2014-15 school year. DeFlorian studied Spanish under Fox since eighth-grade and will miss a woman she called an inspiration and someone she could always count on academically or personally.

“Mrs. Fox has been an excellent teacher due to her knowledge, her passion and her infectious personality. She became my inspiration to pursue all four years of high school Spanish and work toward a Spanish minor on the college level,” DeFlorian said.

Fox said she chose Deflorian for the SDC program because of her loyalty, hard work, intelligence and her great personality. She said her love of the foreign language and desire to learn about other cultures was evident in all the projects she completed in class.

“Beta is an outstanding young lady and I know that she will succeed in whatever she chooses to do with her life. The SDC will provide her with a profound experiential learning opportunities that will push her and other students to engage deeply with global issues. Students will be forced outside their comfort zones as they navigate unfamiliar environments, confront obstacles, troubleshoot and collaborate with diverse individuals. They are given a crash course in the competencies — self-advocacy, resilience, persistence and more — that will be essential to their success in college and beyond. I am confident Beta will do great in this program and I hope Westby Area High School continues with this wonderful experience in the future,” Fox said.

DeFlorian is also involved in cheerleading, basketball, cantata choir, jazz choir and FCCLA. She was the sophomore class president, a member in Student Council, National Honor Society, and the Green Club. In her free time, DeFlorian also runs a card making program for orphans in Kenya and has been a part of community art displays. During the month of July though, DeFlorian will be having a blast as an Español niña.

High School Spanish teacher Jeannette Fox (left) was one of several employees in the Westby district who retired at the end of the 2014-15 school year. Also shown are Pam Olson (middle) and Mary Bakkum (right)