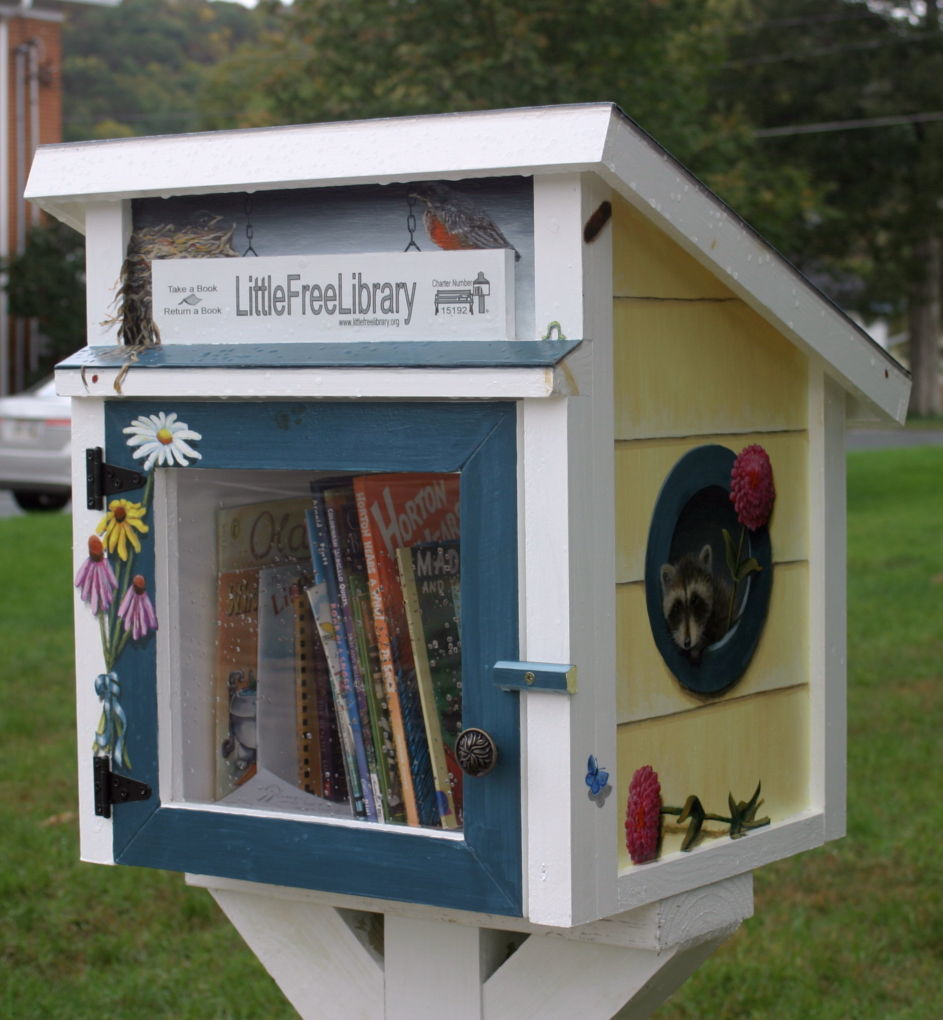 Coon Valley's Little Free Library was constructed by the Boy Scouts and painted by Sarah Pederson. 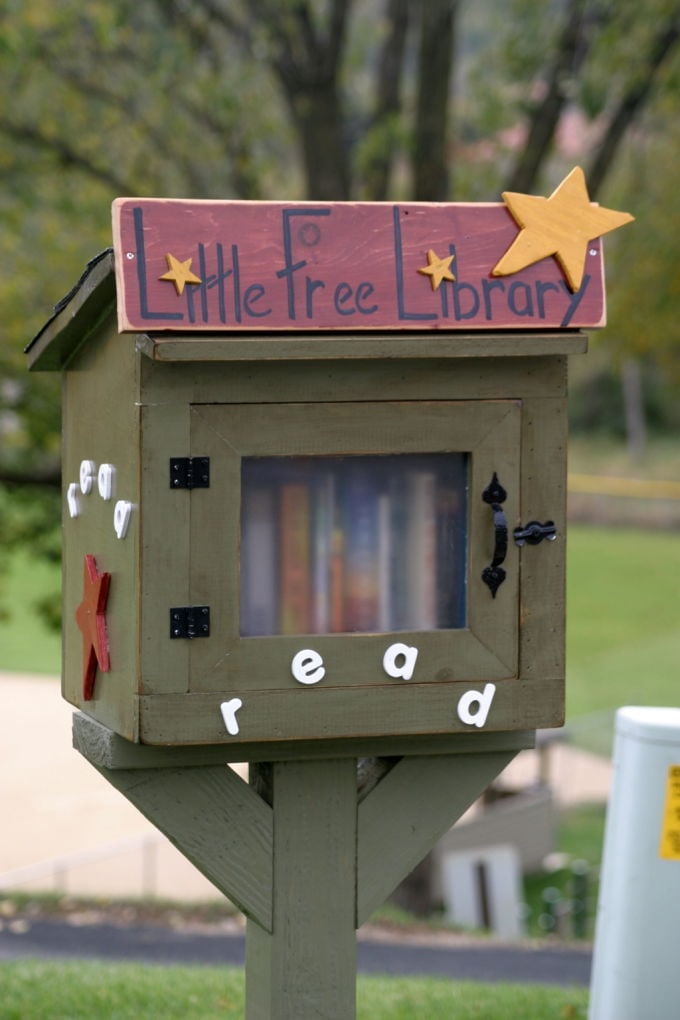 Knutson Memorial Library in Coon Valley partnered with the local Library Friends’ Group, area Boy Scouts, Jack and Joanne Fletcher, Linda DeGarmo, Larry Leum, Sarah Pederson and Tiffany Rundhaugen to build and “plant” a Little Free Library (LFL) in each of the communities of Coon Valley and Chaseburg providing residents with books to read for free.

The Little Free Library movement was started by Todd Bol of Hudson, Wis. in 2009 as a tribute to his mother. The mission of the movement is to promote literacy and the love of reading, as well as building a sense of community among neighbors and across generations. Bol’s initial goal was to build 2,510 “LFL” — as many as Andrew Carnegie built. There are now over 10,000 “LFL” throughout the world, including two in Westby, one in Coon Valley and one in Chaseburg, with all three of them registered “on the map” at the Little Free Library website.

“These libraries belong to everyone. Neighbors, friends, people who pass by, children, teens, or adults. Anyone may use them,” Karen Bernau, the Knutson Memorial Library director said.

The Coon Valley “LFL” is located on Central Avenue, next to Donna’s Daughters and directly across from the Stockyard. The library kit was purchased by the Friends of the Library, assembled by area Boy Scouts and painted by Sarah Pederson of Lucid Painting.

The Chaseburg “LFL” is located front of the Chaseburg Village Hall. The library was constructed by Larry Leum, with additional trim and artwork by Tiffany Rundhaugen of Thrifty Pickins in Coon Valley.

“They are both very unique and very special. A lot of time and love went into creating both of them,” Bernau said.

The “LFL” concept is for people to take a book to read and return a book for someone else to read. To use a “LFL” simply open the door and remove a book if you see something you are interested in reading.

When you finish the book you can return it with a special note tucked in the pages telling others what you liked and/or disliked about the book.

“Your comments about the book you finished might inspire others to read the book as well,” Bernau said.

“The LFL aren’t just boxes, they are works of art. So if you are done reading a good novel or are you cleaning out your children’s books feel free to drop a couple of them off right inside the Little Free Libraries in either community, Bernau said. She added that if someone has a lot of books that they want to donate simply drop them off at Knutson Memorial Library in Coon Valley.

In other news, Knutson Memorial Library is searching for an enthusiastic, creative, reliable person who loves books, reading, and children to fill an open position as the Assistant Children’s Librarian. The 12-20 hour/week position involves planning and carrying out programs for preschool and elementary age children on a regular basis as well as staffing the circulation desk and performing other library related tasks. Interested applicants can send a resume by Dec. 15 to Knutson Memorial Library, 500 Central Avenue, PO Box 99, Coon Valley, WI, 54623 or email it to cvlib@wrlsweb.org. For more information stop by the library during regular business hours or call Karen at 608-452-3757.

Coon Valley's Little Free Library was constructed by the Boy Scouts and painted by Sarah Pederson.