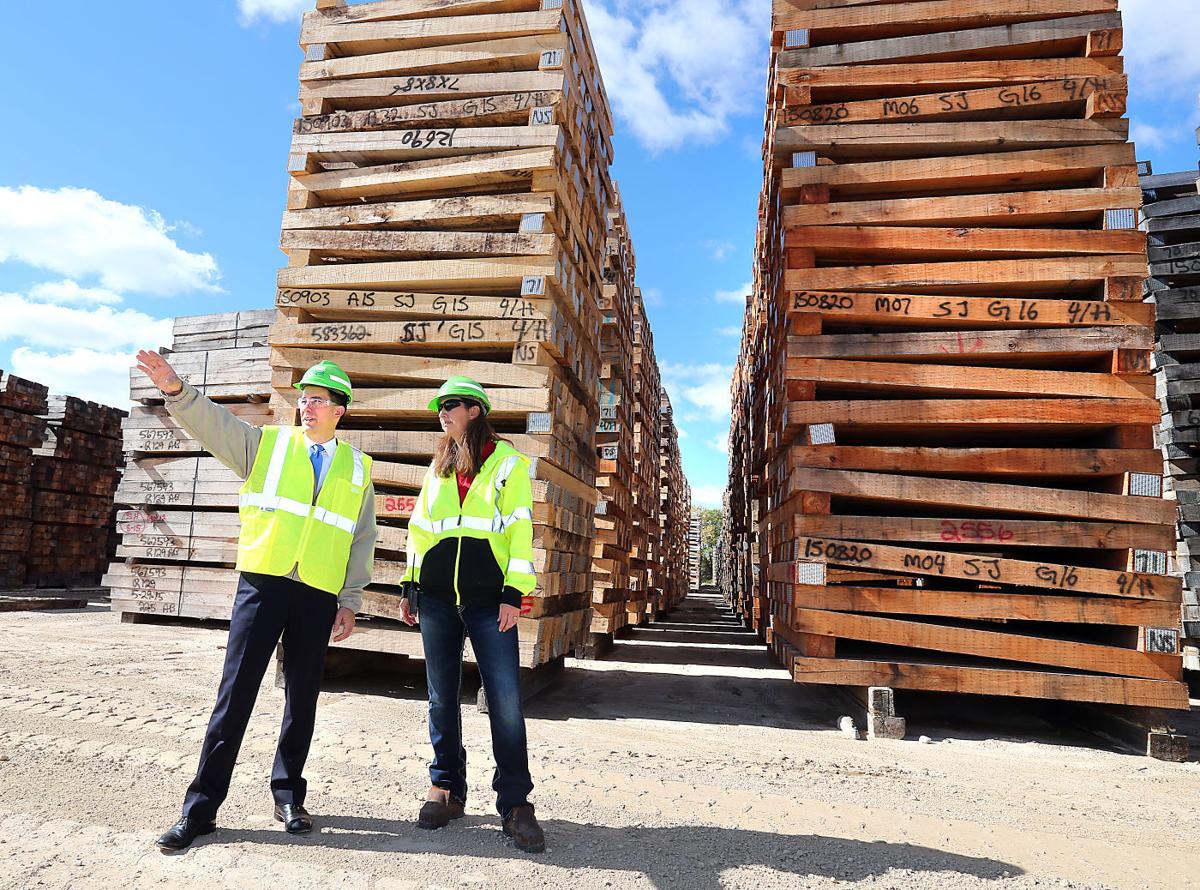 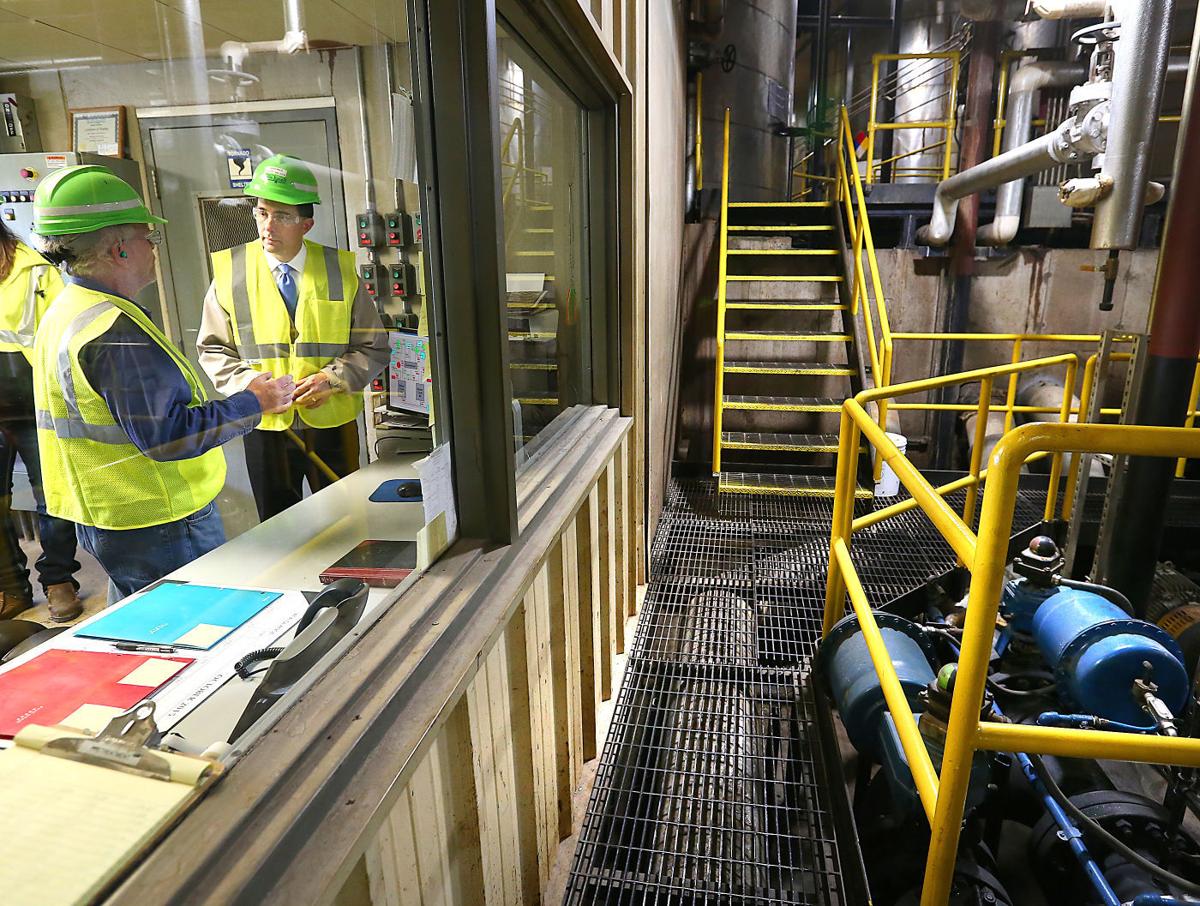 Dave Kinserdahl explains the pressure treating process to Gov. Scott Walker as he toured the Stella-Jones plant in Bangor.

The governor toured the production facilities of the railway tie manufacturer. Stella-Jones is a North American producer of pressure-treated wood products, division manager Liz Russell said, with the Bangor location (one of almost 30 company plants) treating 1 million to 1.5 million railway ties per year.

Walker watched as employees cut and shaped the lumber, speaking with one employee as he stamped the metal end pieces on ties going through the production line. Walker’s tour ended in the company’s automated treatment facilities, where the railroad ties receive a chemical application in pressurized steel cylinders, changing from a light tan to black.

“That’s pretty cool,” Walker said as one of the employees explained how the computer systems control the treatment process.

Walker’s visit is part of his statewide “Working for Wisconsin” tour, which he kicked off Monday with a visit to B&W MEGTEC in De Pere. After his tour of the Stella-Jones facilities, Walker discussed his plans for workforce development.

Businesses in Wisconsin like Stella-Jones are looking to hire, Walker said, but are having trouble finding enough qualified employees to fill vacancies. He said he is looking for ways to work with technical colleges, four-year universities and job-training programs to increase focus on job skills.

He said his office is looking at ways to shift economic development resources to workforce training in order to address the skills gap. He also highlighted the need to expose high school and junior high students to potential careers, as well as increasing programs such as dual-enrollment and apprenticeships.

Russell said Stella-Jones employs 67 people, and is looking to fill another eight positions. The skills gap is a large barrier to filling those positions, she said, as a lot of candidates lack soft skills such as regularly arriving on time for a shift or notifying a supervisor if they have to miss work.

Walker also spoke about changes that have been made to public assistance, where applicants for certain benefits who are able to work have to enroll in a job-training program as well as pass a drug test. These changes have been controversial, and Walker also tied the issue of drug use to job creation during his visit.

“There are a lot of employers who would take people now if they were ready and willing to work and could show they were free of drugs,” Walker said.

Stella-Jones is a drug-free workplace, Russell said, with the most recent case of failed screenings a few years ago. A drug test is a condition for employment at the company, which also does random screenings as well as after accidents.

The company hasn’t had many candidates fail the drug test, she said. The biggest hurdle is getting willing people to apply. The company offers starting wages of about $12.25 per hour, which Russell said were competitive, but has continued to struggle filling positions with only a few interviews each month.

“We do a lot of on-the-job training,” she said. “The trouble is finding people who want to come in and work every day.”

Dave Kinserdahl explains the pressure treating process to Gov. Scott Walker as he toured the Stella-Jones plant in Bangor.