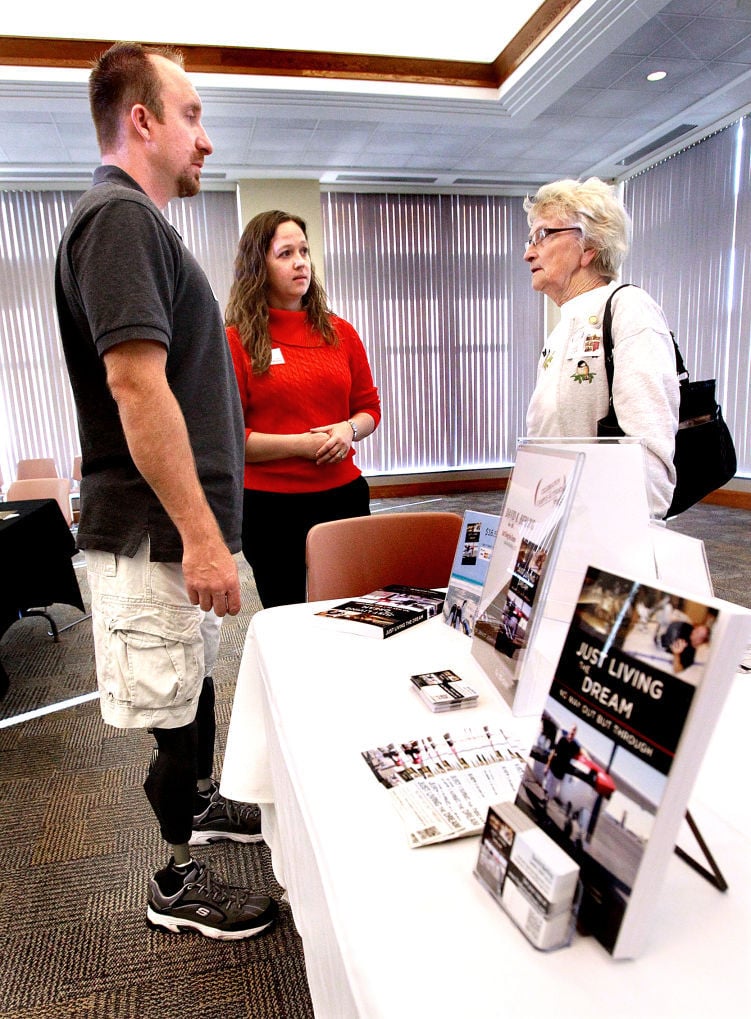 David Berling, a Holmen native and 2001 graduate of UW-La Crosse, and his wife, Melissa, speak with fellow author Rose Clark of Mauston on Tuesday during the 2014 Celebration of Campus Authors at the Cleary Alumni & Friends Center. The Berlings wrote and published "Just Living The Dream," a book that chronicles David's survival of a 2007 plane crash. 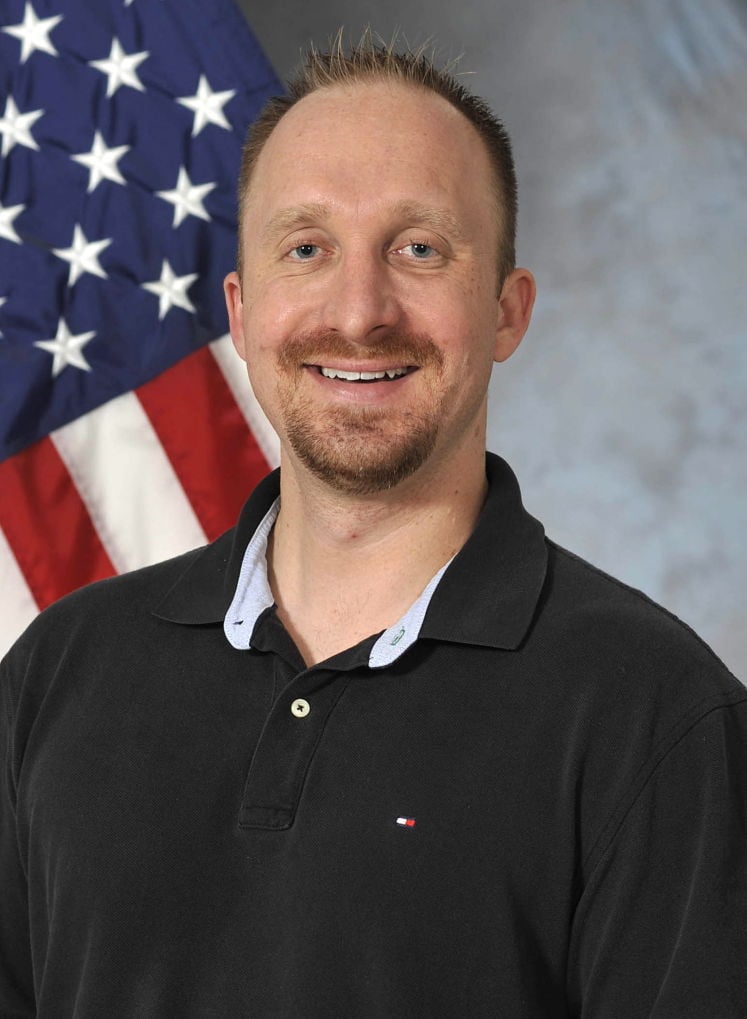 "Just Living the Dream" tells the story of how Holmen native David Berling bounced back after losing his legs in a plane crash.

Holmen native David Berling has no memory of the night his plane crashed into a California field — or even the previous week.

The U.S. Air Force captain was attempting to land during a night of heavy fog April 27, 2007, when his single-engine plane flew too low and hit the ground at more than 100 miles per hour. The impact shattered bones and caused spine and head trauma.

The plane’s engine was forced into the fuselage by the crash, causing severe damage to Berling’s legs. Rescuers found him hanging upside down and belted into his seat, one of the things that saved him from bleeding to death.

But recovery for David, his wife Melissa and David’s father, Kim, would take months, and the process is chronicled in their book “Just Living the Dream,” which was featured along with the work of almost 40 authors Tuesday at the University of Wisconsin-La Crosse’s Celebration of Campus Authors. The annual event recognizes the work of the university’s faculty, staff and alumni, and David and Melissa were invited to speak at the event about their journey writing and self-publishing the book.

David, now retired from the military, is a 1998 graduate of Holmen High School. He wanted to join the military after high school, but his father convinced him to go to college first, and David studied economics and finance at UW-L before joining the one-year ROTC program at the University of St. Thomas in Minnesota.

“I wanted to be part of something bigger than myself,” David said.

David joined the military in 2002 as a contracting officer. He had hoped to become a jet pilot, but the acrobatic portion of Euro-NATO Joint Jet Pilot Training was too much for him, so he went back to contracting, also earning his MBA and a private pilot’s license.

As part of his duties, he had to travel between Los Angeles and Luke Air Force Base in Arizona, which he was flying the foggy night of his crash. David’s injuries were so severe that doctors didn’t believe he would survive the treatment. He spent nine days in a medically induced coma, fought off numerous infections and went through dozens of surgeries during a two-month hospital stay.

Because of the damage to his legs, both legs were amputated above the knee. Doctors didn’t think he would walk again, and it took 21 surgeries to save his femurs.

David was released July 2, 2007, and was learning to use his prosthetics a few weeks later. It can take amputees years to get used to their prosthetics. David pushed himself and relearned how to walk by that Thanksgiving.

“I was determined as hell,” he said. “I pushed myself.”

Geared toward inspiring others in similar situations, the family’s book came out of the emails and blog posts sent out after the accident. For Melissa, there was also some catharsis in being able to go back to her hotel room at the end of a day at the hospital and write things down.

She sent the emails out to everyone on her contact list, and as the weeks and months went on, she developed a blog so people could go back and read earlier posts. In its first month, the blog had more than 40,000 hits from 13 countries.

“There were so many people that helped us,” Melissa said. “It felt good to be able to help other people.”

Work on the book started in 2011, with Melissa and Kim focusing on the early chapters that covered the accident and David’s hospital stay. David added to the later chapters, writing about learning to walk again, his prosthetics and even getting back in the cockpit.

“I was really apprehensive,” David said. “I was white-knuckled for the first 40 minutes, but then you get in the zone. Every time I fly, the amount I am apprehensive is a lot less.”

David Berling, a Holmen native and 2001 graduate of UW-La Crosse, and his wife, Melissa, speak with fellow author Rose Clark of Mauston on Tuesday during the 2014 Celebration of Campus Authors at the Cleary Alumni & Friends Center. The Berlings wrote and published "Just Living The Dream," a book that chronicles David's survival of a 2007 plane crash.

"Just Living the Dream" tells the story of how Holmen native David Berling bounced back after losing his legs in a plane crash.