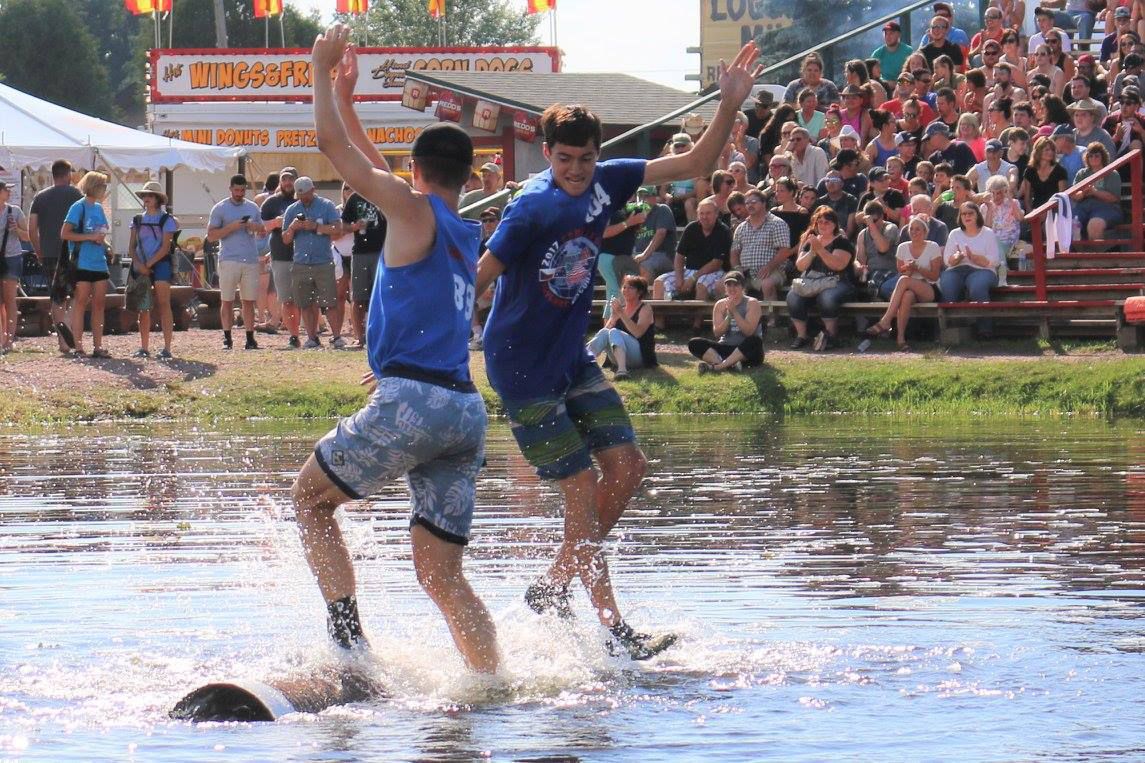 Connor Birdsong (right) fights to stay above water during the third place match at the Lumberjack World Championships. 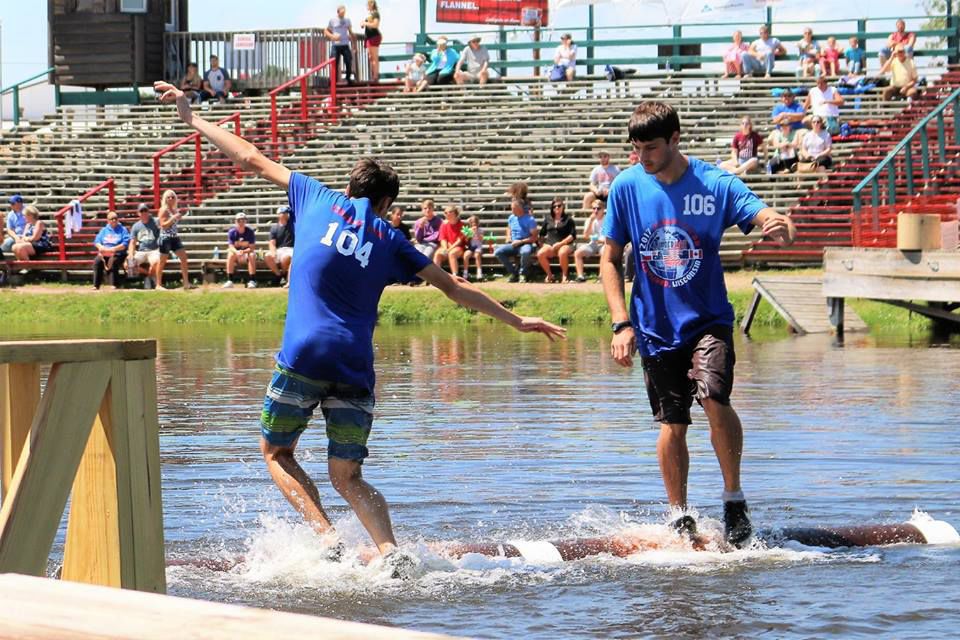 Connor (left) and Garrick (right) Birdsong of Onalaska compete in log rolling at the World Lumberjack Championship. The brothers have been competing for 13 years and are now both in the professional ranks.

When 18-year-old Connor Birdsong stepped into the professional ranks of log rolling, he was nervous, but confident.

Birdsong began log rolling when he was just five years old after his mother had seen instructional classes while working as a lifeguard at a local YMCA.

He didn’t begin alone, though, as his older brother Garrick, 20, also joined the sport at the same time. The pair have been practicing ever since.

Fast forward to Connor’s first ever competition in the professional ranks.

Connor and Garrick both dominated their opposition in the U.S. Log Rolling Open in Chicago before facing off against each other in the championship match, where Connor outlasted his brother to take first place in his first professional competition.

“I was nervous, but I was confident as well. I watched my older brother through the years so I knew what the pro division was like and I had just got done with track and field so my body was in pretty good shape,” Connor said. “I was probably most nervous for the championship because I know how good Garrick is.”

His brother was even more nervous.

“The fact that he made it that far really stuck in my head. He is a great athlete and I think he is going to keep going up from here,” Garrick said.

He said the battle between him and his brother has been going on for 13 years, but it doesn’t get any easier.

“I take more of the coaching perspective and focus on the technique and I think he has the best endurance in the sport right now. He really waits it out.”

“It’s pretty fun,” Connor said. “We practice together all summer long so we know each other really well in competition. We compete on the water all day against each other and then we come home and eat dinner together with our family.”

“It was nice to get to roll where I grew up practicing and having all of those people there watching us,” Connor said.

Garrick also thought it was fun to compete in front of the hometown crowd.

“I think that hometown feel really helped us both,” he said.

Katie Rick founded the Three Rivers Roleo and has also coached the Birdsongs.

Growing up with brothers of her own who competed against each other, she could tell the duo had a special bond at an early age.

“They have both been rolling since they were very young. I have coached them both and they are both such balanced rollers and they use their cross training through their respective sports,” she said.

While the two are competitors, they don’t make their mother pick a side.

“She’s pretty neutral in all of it. We try not to make her choose one or the other, but sometimes we can’t help trying,” he said with a laugh.

Several competitors moved on to the Lumberjack World Championships, held in July in Hayward, Wisconsin. Connor took third and Garrick tied for fifth of the 15 rollers competing. Other notable finishers from the area included Livi Pappadopoulos of Holmen, who took first place in the girl’s U-17 division. Rick finished in fourth place in the women’s professional boom run. 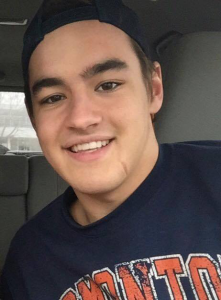 Benjamin Pierce is a news reporter for the River Valley Media Group working for three weekly newspapers that cover Bangor, Onalaska, Holmen, and West Salem in the dairy state. He also covers La Crescent in Minnesota and can be reached at 608-791-8311.

Connor Birdsong (right) fights to stay above water during the third place match at the Lumberjack World Championships.

Connor (left) and Garrick (right) Birdsong of Onalaska compete in log rolling at the World Lumberjack Championship. The brothers have been competing for 13 years and are now both in the professional ranks.