MADISON — Wisconsin Republicans early Saturday pushed through a pair of bills to loosen campaign finance law and end the state’s nonpartisan elections board after hours of late-night debate in the state Senate.

The Assembly is to convene Nov. 16 for final votes on both measures. Approval would send them to Gov. Scott Walker.

No Democrats voted for the proposals, which Republican backers argue are needed to bring the state’s campaign finance law in line with recent court opinions and fix what they say is a failed experiment of a nonpartisan elections board consisting of six retired judges.

Opponents argue the bills weaken oversight of the state’s elections and ethics laws, while making it easier for shadowy third party interest groups to influence campaigns without the public knowing who is spending on the races.

And despite assurances earlier Friday from Republican senators that they were going to require campaign donors to disclose their employer, as is required under current law, the final version approved does not mandate such reporting.

The Senate’s specially called rare Friday session, which didn’t conclude until about 2:30 a.m., brought accusations from Democrats that Republicans were trying to sneak the changes through without public scrutiny.

“You’re doing it on a Friday when you knew most media wouldn’t be around,” Sen. Lena Taylor, D-Milwaukee, said during debate on the campaign finance bill. “It’s happening in the dark of night. Everybody looks half-tired and beat and we’re doing legislation that will ultimately be the death of clean, open, fair government in Wisconsin.”

The Assembly passed the Republican-authored bills last month but the proposals followed a tortuous path in the Senate, with Majority Leader Scott Fitzgerald canceling floor votes twice in the past two weeks because he didn’t have enough votes.

With a deal in hand Friday night, the Senate passed the campaign finance bill around midnight on the slimmest possible 17-15 vote. Republican Sen. Rob Cowles, of Green Bay, joined with 14 Democrats in voting against it. The bill dissolving the Government Accountability Board passed around 2:30 a.m. on an 18-14 party-line vote.

As Friday’s Senate debate stretched into Saturday, bleary-eyed senators stared at the ceiling and staff members appeared to be dozing off.

The campaign finance bill would double limits on contributions to candidates, clarify that candidates and issue advocacy groups can coordinate and allow unlimited corporate and union donations to political parties and legislative campaign committees. It also would do away with a requirement that people who give more than $100 to campaigns disclose their employers.

The Senate made several changes from what passed the Assembly. Under the Senate version, candidates and political committees would have to report their finances twice yearly rather than quarterly. Legislative committees would be prohibited from using corporate and union donations for express advocacy, political jargon for campaign ads that specifically call for a candidate’s election or defeat.

The Senate version also changed what constitutes express advocacy coordination, saying candidates or their parties must specifically request a group spend on their behalf and the group must explicitly agree before reporting requirements can take effect.

But the amendment leaves the Assembly language raising contribution limits and eliminating employer disclosures in place. The Senate adopted the amendment on a voice vote despite Democrats’ complaints that donors should have to reveal their employers in the interest of transparency. Republicans countered disclosure could lead to politically motivated boycotts of donors’ businesses.

Cowles, the lone Republican dissenter, said in a statement he couldn’t support the bill because he disagrees with raising the contribution limits and doing away with employer disclosures. Democrats insisted the bill will lead to special interests dominating elections. Fitzgerald, R-Juneau, countered it is necessary because Wisconsin’s statutes are grossly outdated and judges have struck down multiple sections over the years.

The Senate made one significant change to the elections board bill: adding two retired judges to the newly created commission to oversee ethics, campaign finance and lobbying laws. Under the Assembly version, both the ethics and elections commissions were comprised of an equal number of Democratic and Republican appointees.

Wisconsin coach Paul Chryst did not offer details on Jalen Berger's dismissal, but multiple sources said Berger missed meetings and workouts before being removed from the team. 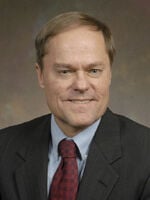