Surveillance video clearly shows Timothy Young shoot Anthony Fimple while he was at work June 27, according to testimony Tuesday during a preliminary hearing.

Young, 31, of Spring Grove, Minn., stood mute in La Crosse County Circuit Court to a single charge of first-degree intentional homicide. Judge Elliott Levine ruled there was probable cause to bind Young over for trial. 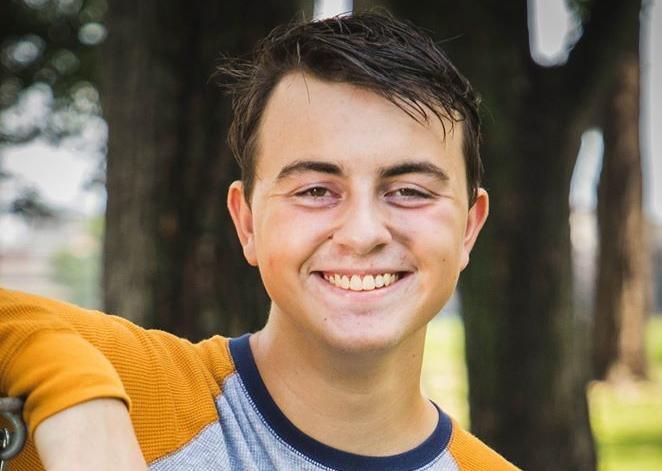 Capt. Dan Kloss of the La Crosse Police Department testified that he was able to clearly see Young park his black sedan outside of the La Crosse Bierhaus, formerly known as the Twisted Moose, in the early morning hours of June 27 and approach 19-year-old Fimple, who was working as a bouncer.

“The video showed Timothy Young stretching his hand over another customer who was over in line talking to Anthony and discharging the firearm into his face,” Kloss said.

Fimple died of a single gunshot wound to the head.

Young was identified not only by his credit card slip, but also a La Crosse police officer and a bar manager, who both recognized him from previous incidents.

Young had been in the bar late June 26, then attempted to return not long after midnight June 27. Fimple declined to let him in, according to Kloss’s testimony.

“Timothy was acting weird and they didn’t want him in the bar. The exact reason, I don’t know,” Kloss said.

A bar manager at La Crosse Bierhaus told police Young had been to the bar several times in the preceding weeks causing trouble.

At one point, Young was kicked out of the bar for spitting on someone and claiming to have COVID-19, according to the complaint.

Young is being held in the La Crosse County Jail on a $1 million cash bond.

Fimple is remembered as a young man dedicated to serving others, according to his family. He was a regular blood donor and had worked on the Mayor’s Crew for WisCorps.

He planned to follow his father’s footsteps and join the U.S. Navy this summer.

Local officials are hopeful that a $1.5 trillion infrastructure bill, known as the “Moving Forward Act,” passed by the U.S. House of Representatives in early July, could send direct help for communities in western Wisconsin.

The bill, which is currently hung up in the U.S. Senate, is multifaceted, and increases spending for road and transportation projects, but also includes funding for affordable housing, hospitals, schools and most notably, a large push for new environmentally sustainable policies and projects.

And communities along Wisconsin’s western border are set up to directly benefit from some of those investments, according to Rep. Ron Kind, D-La Crosse, and supporter of the bill, who joined Wisconsin Transportation Secretary Craig Thompson for a press conference Tuesday.

Those investments would include improvements in broadband internet, renewable energy and flood mitigation efforts. 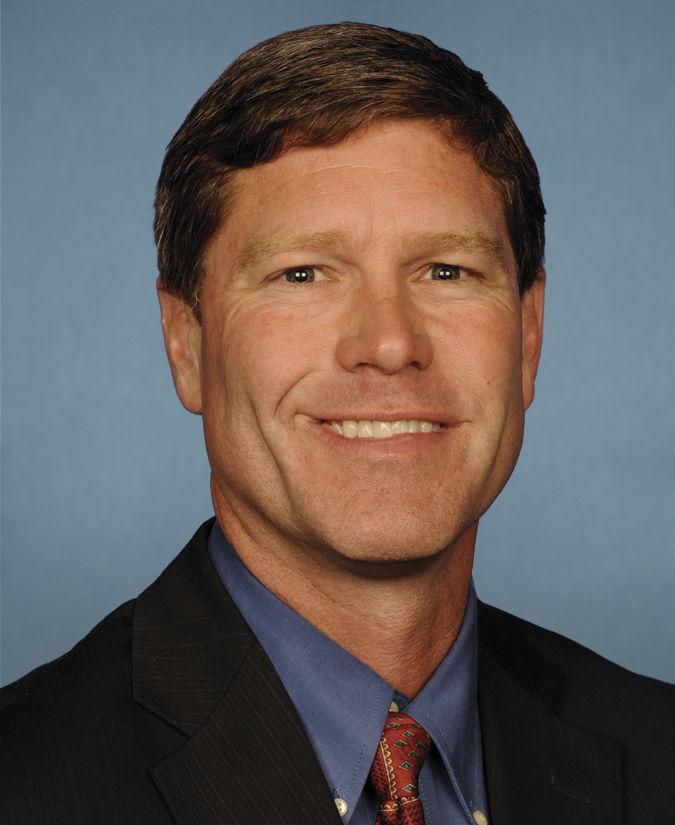 “As we emerge from the virus,” Kind said, “we also need to be thinking about how we’re going to be rebuilding Wisconsin and rebuilding America again.”

Broadband has long been a priority for the state, as rural communities and much of northern and western Wisconsin are without access to internet, with Gov. Tony Evers drafting a committee on Tuesday to tackle the issue.

As COVID-19 started closing schools, offices and keeping people at home, the inequities in internet access in the state became apparent, many students unable to remotely learn or residents unable to attend doctor’s appointments virtually without internet or technology at home.

“You can work from anywhere these days, and why not work from one of the most beautiful areas in the country?” Thompson said.

Included in the bill are investments in flood mitigation, as well, a daunting issue that areas along the Mississippi River and its tributaries have faced for decades.

Kind said that his team has been in direct communication with small communities in the district’s floodplains about how this funding could directly benefit them, especially those in the Kickapoo Valley, with things like updates to dam infrastructure and assistance with relocating homes and families that reside in floodplains.

“This legislation will put the meat on the bones and the resources behind it that are desperately needed,” Kind said.

Assistance with flood prevention isn’t the only environmental efforts the House hopes to make way for in this bill, either, offering incentives and tax credits for those who invest in renewable energy sources such as wind, thermal and solar, which businesses and residents in western Wisconsin are leaders in already.

An investment in passenger rail is included, too, and Thompson said it could directly benefit rail lines in southwest Wisconsin and the Empire Builder, connecting the Twin Cities with Madison and Chicago.

Some have criticized these efforts within the bill, though, labeling it as a Democratic “wishlist,” and a competing Senate bill leaves environmental investments out, focusing mainly on traditional infrastructure efforts.

“I think it’s important to recognize where the science is taking policy now,” Kind said. “Either we prepare for it now, or there will be a tremendously high price to pay later.”

Transportation is currently the single biggest source of carbon emissions.

The House bill still dedicates significant funding for traditional infrastructure, which Thompson said will help Wisconsin’s new efforts to rehabilitate its roads “tremendously,” since 25% of the state’s transportation budget is federally funded. 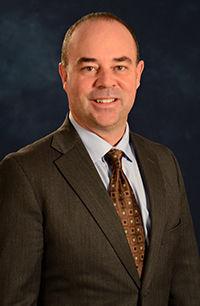 “I think that most people that live in Wisconsin, just by traveling, can see that in the last decade we have let our infrastructure deteriorate more than we are used to,” Thompson, who added that all 317 state road projects for 2020 are moving forward smoothly, and that reduced traffic caused by the pandemic is actually helping crews.

The bill, which could be the largest investment in infrastructure in more than 15 years if passed as is, faces a big hurdle to be passed in the Senate, receiving pushback almost immediately from Republicans.

But Kind said that the Trump administration is interested, and that negotiations are ongoing, adding that the bill could prove particularly timely in the time of COVID.

“If we can get something like this passed by the end of the year, that could couple, hopefully, with the development of a vaccine for this virus,” he said, “then we could be poised to take off in 2021 with the good-paying jobs that would come from an infrastructure legislation such as this.”

A La Crosse woman was in court Tuesday after she was accused of trying to intimidate her 9-year-old daughter into recanting her statement to police that she was sexually assaulted.

The woman, whom the Tribune is not identifying to protect the identity of the victim, was charged in La Crosse County Circuit with intimidating a victim to dissuade reporting.

The allegations stem from conversations with and letters to Keith F. Walling, a La Crosse man awaiting trial in the La Crosse County Jail for charges of first-degree child sexual assault as a persistent repeater.

Walling, 36, was charged last year after the child told police he molested her twice, once on her bed and another time in her living room, according to the complaint.

A La Crosse man faces life in prison after he was charged Wednesday with two counts of first-degree child sexual assault with a person under the age of 13 as a persistent repeater in La Crosse County Circuit Court.

Police found semen on the child’s bed, according to the complaint.

The child’s mother is accused of intimidating the girl into signing a paper saying she lied to police, according to the complaint.

The complaint lists communication between the woman and Walling in the La Crosse County Jail, most of which accuses the child of lying.

“They all believe everything she says and she is a liar. They don’t know her,” the woman told Walling over the phone.

A letter from the woman to Walling dated March 8 details plans to manipulate the girl into thinking the woman would date the child’s father to see if that would make her drop charges against Walling, according to the complaint.

In early April, the woman sent another letter to Walling, complaining that the child wasn’t changing her story, according to the complaint.

The child’s mother spoke to Walling in jail April 28 via video chat and said, “And I got what your lawyer needs. (The girl) signed a paper saying that you never touched her. I got her to sign it today.”

If convicted, Walling faces life in prison. He was previously convicted of second-degree child sexual assault in 2005.

The woman, who is free on a signature bond issued in May, denied the charges Tuesday and asked Judge Elliott Levine to lift the no-contact condition of her bond.

“I’d be willing to do supervised visits. I don’t care. I just want to see my little girl,” she said, crying.

Levine ruled child protective services could decide when she would be allowed visits with her daughter.

The new cases are attributed to one teen, 15 individuals in their 20s, and one each in their 50s and 60s. Four of the positive tests came from the Wisconsin National Guard testing last week at Logan High School. Test results are still coming in from the event.

Of the total cases, 433 are considered recovered. Four people are currently being hospitalized due to the coronavirus, and there have been no local related deaths.

The La Crosse County Health Department urges community members to wear fabric face masks when in public, practice physical distancing and stay home as much as possible. Those with any potential symptoms of COVID-19, including fever, chills, runny nose, congestion, muscle or body aches, cough, tiredness, headache, new loss of taste or smell, nausea, vomiting or diarrhea are asked to stay home and contact their provider for testing.

Updated charts and graphics that help you better understand the coronavirus.