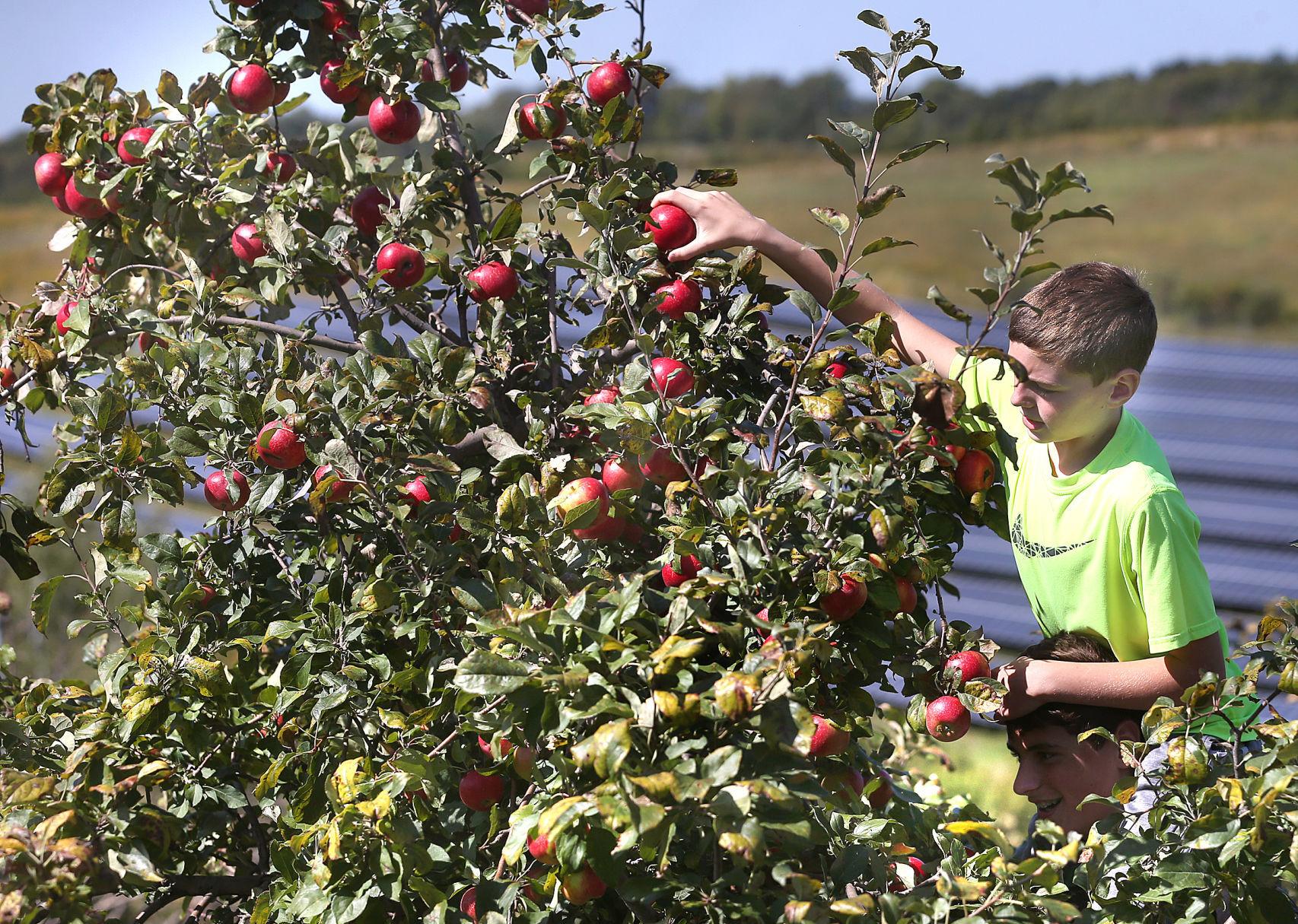 Johnny Leaver, 15, of La Crosse holds his cousin, Charlie Zellner, 10, also of La Crosse, on his shoulders so he can pick apples from high on a tree at Fruit Acres in rural La Crescent.

In a lawsuit filed last week, a La Crosse man is suing the La Crosse City Clerk and Wisconsin Gov. Tony Evers claiming he was fired as a poll worker in the August primary election for not wearing a mask.

According to the complaint, the man, Nicholas Newman, is suing clerk Teri Lehrke and Evers for the implementation and what they claim as “wrongful” enforcement of the state-mandated mask requirement.

On Aug. 11, Newman was told to leave his polling place as a worker because he was not wearing a mask, saying he had a medical condition that exempted him from wearing one, the complaint said.

Lehrke told Newman to leave and that he was “discharged” of his duties as a poll worker because he could not wear the mask, citing the statewide mask requirement, according to the complaint.

The complaint quoted her as calling Newman’s use of the exemption a “neglection” of his official duties as a poll worker.

Newman’s medical conditions were unspecified in the complaint, but said that he suffers from breathing problems, and that he also has a medical condition that “makes it dangerous for him to wear a mask for an extended period of time.”

Coulee Region voters can tune-in Tuesday night to a virtual, nonpartisan roundtable on voting to learn about casting your ballot safely and securely during this unprecedented year and election cycle.

The complaint said that Newman also asked Lehrke if he could remain as an election observer instead of a poll worker and requested alternative personal protective equipment, but she still insisted he leave the polling place.

After much back and forth, according to the complaint, Lehrke also said Newman could not work in any future election.

The lawsuit was filed on Sept. 17 in La Crosse County, and an official court date has not yet been set, though on Monday the case was assigned to Judge Todd Bjerke, according to Wisconsin Circuit Court Access.

The plaintiff and his lawyers are requesting that the court declares Gov. Evers’s Executive Order No. 82 and Emergency Order No. 2, which declared a public health emergency and ordered statewide masks, unlawful and to prevent him from issuing future orders, and reverse Lehrke’s enforcement of the orders.

“The American system of government contains three branches, not one. For those who might say the governor must do ‘something,’ the founders divided power for a reason: They had left behind a king’s rule. Power is divided on purpose so that it cannot be exercised so easily,” Newman’s lawyer, Joe Voiland with Veterans Liberty Law, said in a statement.

“This case is not about whether masks are good or bad, or whether they should be mandated for some. This case is about whether a single individual can claim the power to mandate that himself. Tony Evers is our governor, he is not our king,” he said.

Veterans Liberty Law also represents a parent involved in the Wisconsin Supreme Court lawsuit over schools shutting down in Madison and Dane County.

The suit comes on top of several others filed against Evers and his administration over the mask mandate and handling of the pandemic, many arguing it’s an overreach of his authority as governor.

“We know that masks can save lives, and Gov. Evers continues to ask everyone to do their part to help prevent the spread of COVID-19 by wearing a mask, staying safer at home, and limiting their social circles as much as possible,” a spokesperson for the governor told the Tribune on Monday.

Wisconsin has recently experienced a skyrocketing amount of COVID-19 cases, La Crosse specifically named one of the worst metro areas for the spread of the virus in the country.

During the weekend, the state saw its most infectious periods yet, reporting 8,515 cases Friday through Sunday. As of Monday, over 100,000 individuals have tested positive and more than 1,200 people have died.

Wisconsin’s mask mandate is expect to expire on Sept. 28, and Evers has not yet signaled if he will extend the order.

“This case is not about whether masks are good or bad, ... This case is about whether a single individual can claim the power to mandate that himself. Tony Evers is our governor, he is not our king.” Joe Voiland, lawyer with Veterans Liberty Law

Local virtual roundtable being held tonight on voting, A4 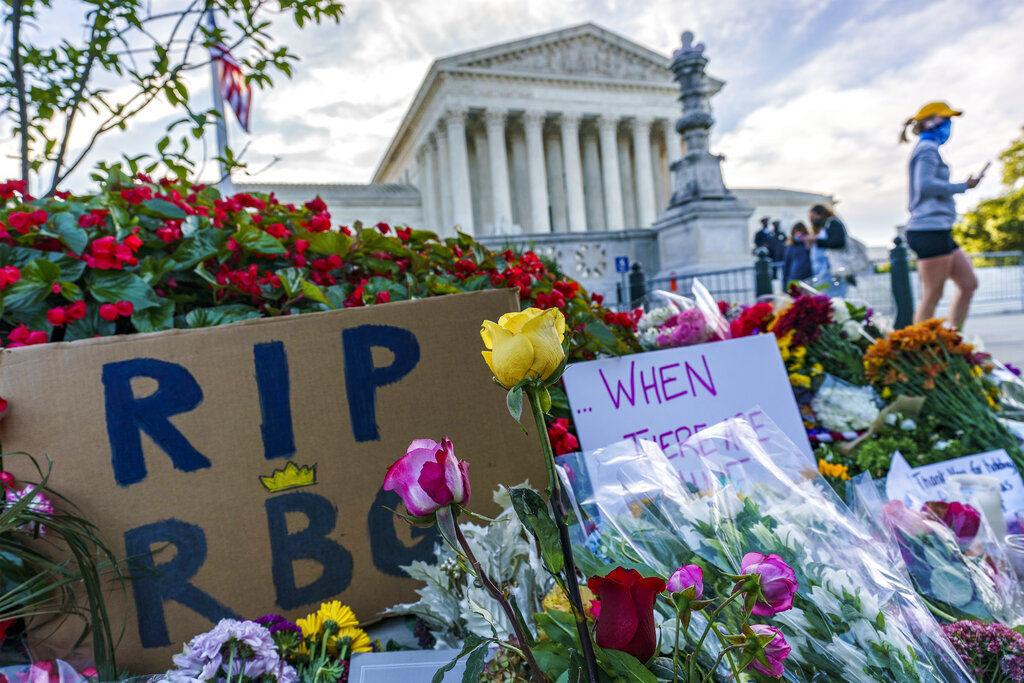 People gather at the Supreme Court on the morning after the death of Justice Ruth Bader Ginsburg, 87, Saturday, Sept. 19, 2020 in Washington. (AP Photo/J. Scott Applewhite) 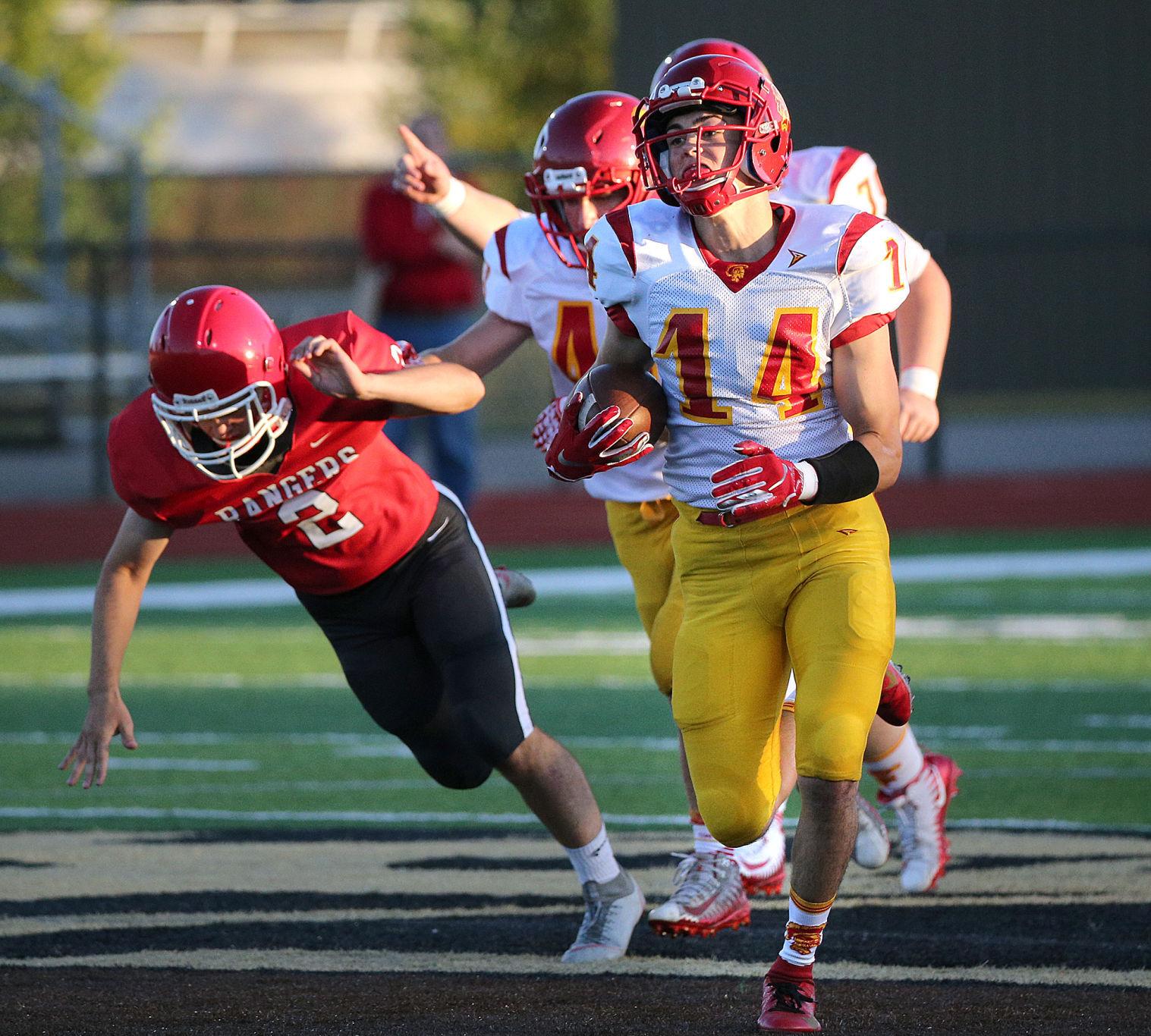 Sparta's Corbin Hauser runs a kickoff back for a touchdown during a game last season against La Crosse Logan. Hauser is one of a number of returning contributors for the Spartans.

La Crosse County recorded 54 new confirmed COVID-19 cases Monday with a 43.20% positivity rate, according to data from the Wisconsin Department of Health Services.

Monday’s total is the lowest in a week, but the county has still averaged 117.57 new cases per day during the past seven days. That figure was 116.29 on Sunday and 66 a week ago.

Total confirmed cases are up to 2,622, which grows to 2,762 when including probable cases.

Monday was the fifth day in a row with a daily positivity rate higher than 40%.

The state lists 14,414 cases active with an increase of 39 hospitalizations.

Two more people died in the past day, raising the state’s death toll of 1,244.

Monroe County reported 30 COVID-19 cases during the weekend and four more on Monday.

That brings the county’s total to 408 confirmed cases. A total of 91 are considered active and one person is hospitalized.

A total of 315 people are listed as recovered and 9,228 tests have been negative.

Education: Students who are enrolled in schools that jointly work with Mayo to advance their education will not be allowed to continue on-campus educational activity at any Mayo Clinic Health System southwestern Wisconsin site for the next 14 days.

“We need to balance the safety of patients and staff with our continued role mentoring and educating future care providers,” says Eric Erickson, vice chair of administration, Mayo Clinic Health System in La Crosse. “By minimizing potential exposure to the virus, we’re confident this decision helps continue the good work our teams have done to keep our clinic and hospital campuses safe places to seek care.”

Visitor restrictions: Mayo Clinic Health System will follow a policy of one visitor per patient. This includes both hospital and clinic visitors.

Patients upon arrival will be asked to choose one designated visitor for the duration of their hospital or clinical visit. Designated visitors must wear a cloth face covering or face mask and will be screened at an entry point in order to enter any facility. Compassionate exceptions will be evaluated on a case-by-case basis, including births and end-of-life care.

“These are never easy decisions to make,” says Jason Fratzke, R.N., chief nursing officer, Mayo Clinic Health System in La Crosse. “However, this recent spike in numbers leaves us no choice right now. Our mission is to care for you and your family members. The safety of our patients and staff is our top priority.”

Staff: Students who are employed by Mayo Clinic Health System will be allowed to continue working on campus as long as they follow current employee protocols and continue self-monitoring guidelines.

“We are encouraging employees to avoid high-risk situations or any location where the potential spread of the virus might occur. We ask our community members, young and old, to do the same this weekend and throughout this pandemic. We all need to look out for the health and safety of our fellow community members,” Erickson said.

Transmission and hospital admission rates will be closely monitored during the next two weeks and these decisions will be reevaluated after Oct. 6.