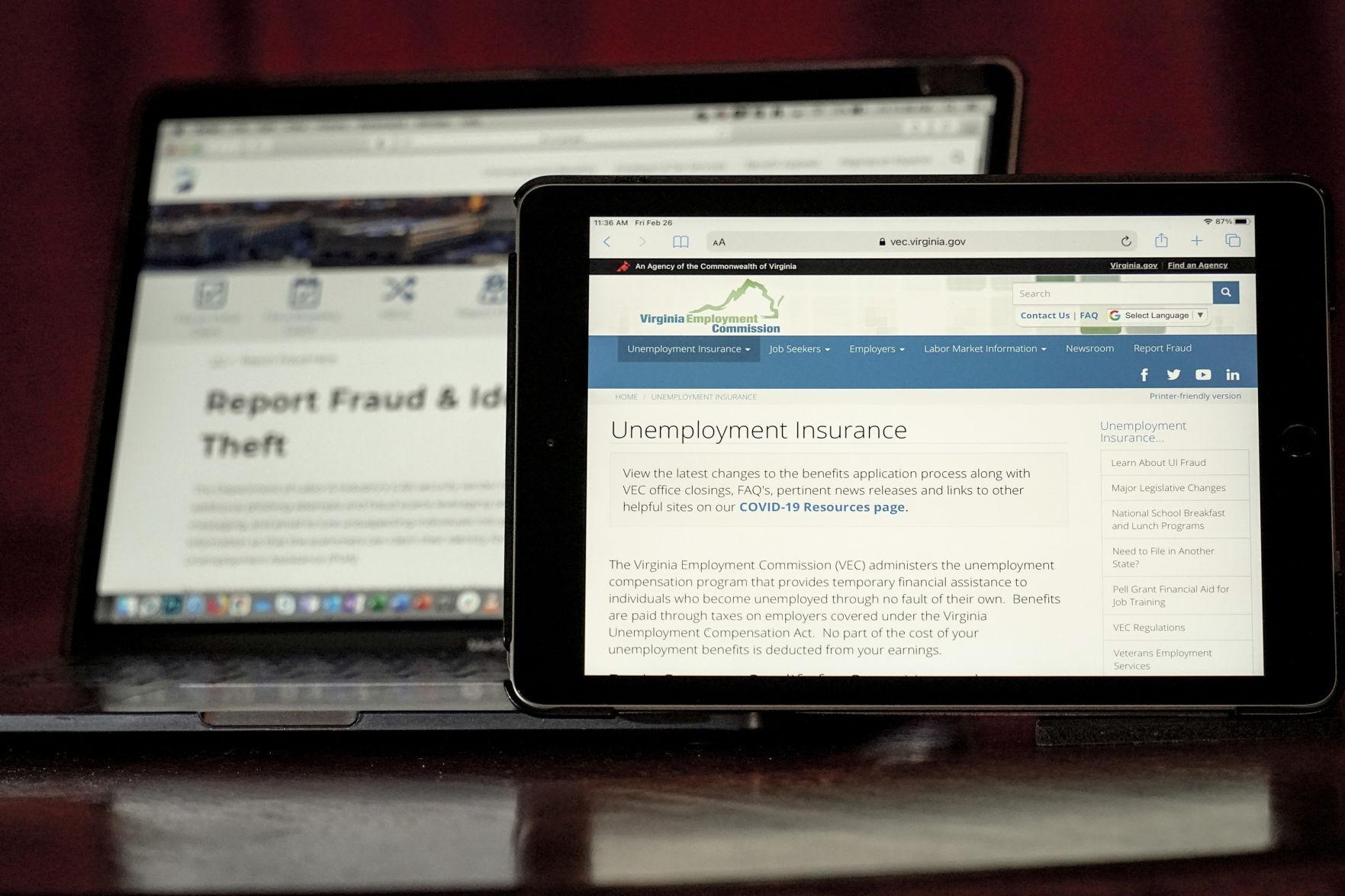 Web pages used to show information for collecting unemployment insurance in Virginia, right, and reporting fraud and identity theft in Pennsylvania, are displayed on the respective state web pages, Friday, Feb. 26, 2021, in Zelienople, Pa. Massive fraud in the nation's unemployment system is raising alarms even as President Joe Biden and Congress prepare to pour hundreds of billions more into expanded benefits for those left jobless by the coronavirus pandemic. (AP Photo/Keith Srakocic)

Reaching septuagenarian status is not uncommon, but for Judy Krahn marking 75 years is something of a miracle. 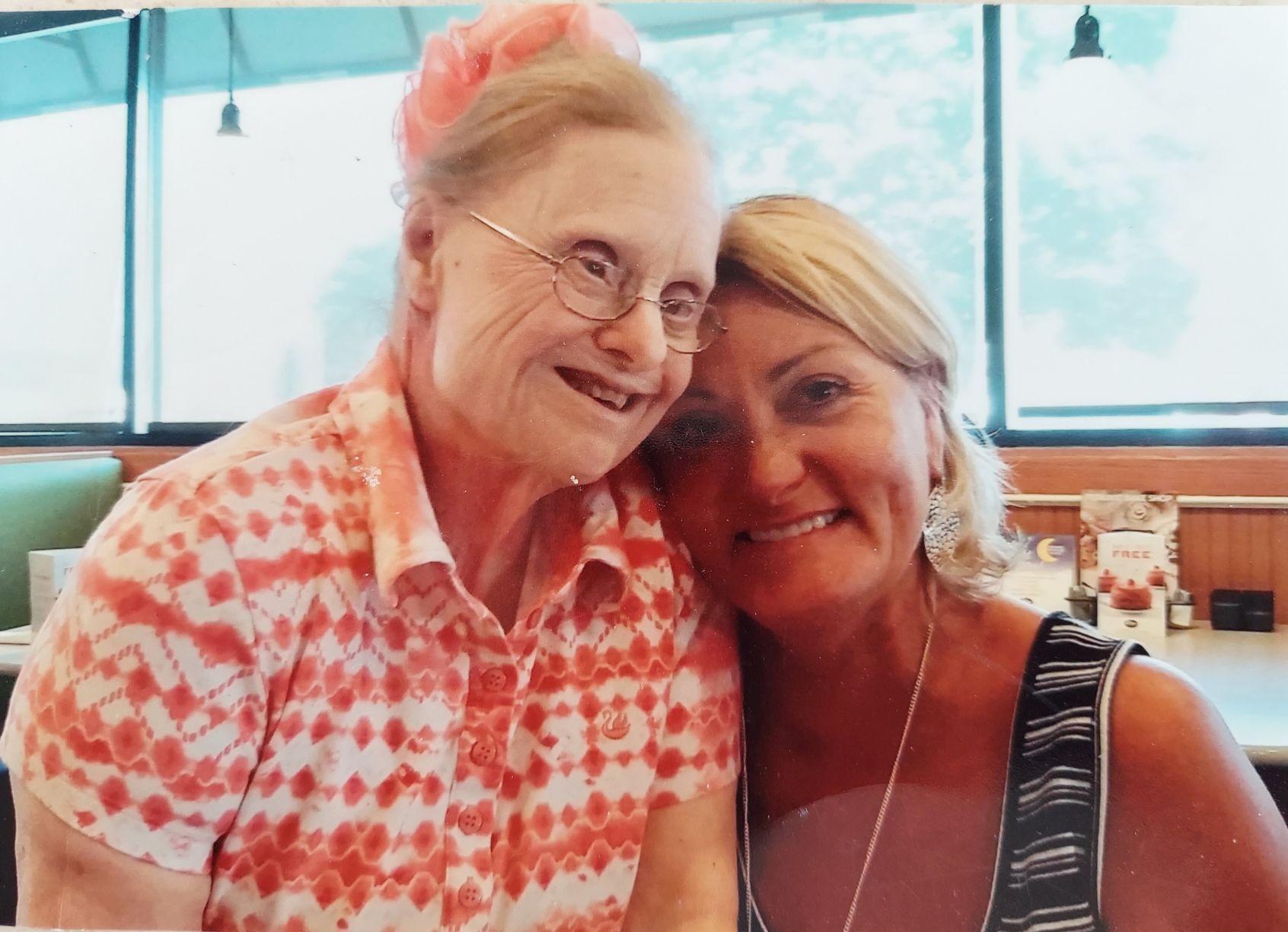 On Sunday, Feb. 28, Krahn celebrated her 75th birthday, marking over four decades past the life expectancy her doctor estimated when she was a child and 15 years beyond the average lifespan for a person with Down syndrome.

Krahn was born in Beloit, the oldest of three sisters. She was raised in La Crosse and has been a resident her entire adult life. Lively in personality, she has charmed countless people throughout the decades, some of whom joined her on a birthday Zoom call on the weekend. Denise Lorenz, who met Krahn in 1989 at Riverfront, now Aptiv, arranged the virtual party, with staff at Hope Stay Assisted Living in Holmen, where Krahn moved in last week, preparing an ice cream cake — her favorite.

When Krahn was young, her parents were told she likely wouldn’t live beyond 30, but she has thrived. For over 35 years, Krahn worked at Riverfront, mainly in packaging, and was known as “queen” of the organization, says Lorenz, who was staff trainer/team leader for around seven years and was Krahn’s caseworker. After transitioning to work in higher education facilities, Lorenz returned to Aptiv four years ago, and has been Krahn’s designated legal guardian for 30 years.

Lorenz remembers the excitement when Krahn turned 50, and she has continued to marvel at Krahn’s energy and enthusiasm for life. Krahn makes friends wherever she goes, whether through her previous volunteer work at Gundersen, putting out the waiting room magazines, or at karate classes, where she reached brown belt status.

“Karate was very important to me,” Krahn noted during a Zoom call with the Tribune, Lorenz at her side.

Independent, Krahn took the city bus on her own and used to fly to see her mother and sisters, who moved to Florida decades ago, with only a flight assistant accompanying her. While Lorenz worked at Western Technical College, Krahn attended classes designed for individuals with disabilities. She was active in her Weight Watchers group, an attendee of services at English Lutheran Church, a knitter and a devout Packers fan.

“We try to teach people with disabilities about self advocacy, and she’s a natural at it,” Lorenz says.

Though she used to live on her own, Krahn has resided in adult living facilities for the past 25 years, and now uses a walker or wheelchair to get around. She has also been diagnosed with dementia, and a few months ago suffered a severe fall which caused a concussion and landed her in the hospital. Krahn then contracted pneumonia twice and required oxygen assistance.

“She’s bounced back but it was pretty scary,” Lorenz says. “They had called a code but they were able to turn it around.”

Lorenz and Krahn have formed a deep bond over the decades, with the two often bantering, side-hugging and laughing during their Zoom interview. Krahn, a lover of shopping and all things princessy, reminded Lorenz she wanted to wear a skirt and tiara on her birthday, to which Lorenz responded, “Oh yeah, we’re going to get you all beautiful, honey.” When Krahn requested more lipstick, Lorenz pulled out a tube mid interview to give her a touch up.

Lorenz has no shortage of glowing adjectives for Krahn, describing her as caring, funny, well mannered and determined.

“Her sense of humor has always impressed me, and I also love her sassiness,” Lorenz says.

Lorenz believes Krahn’s circle of support has contributed to her longevity, noting Krahn “just loves people, there’s no doubt about it.

“There’s a lot of good caregivers out there that without them I don’t think she would have reached 75,” Lorenz says, also praising Krahn’s late mother and living family members. “Everyone’s always taken such good care of her and I think that is because she’s such a friendly lady.”

Known as aunt to Lorenz’s six kids, “she’s one of the family,” and a beloved member at that.

“She feels like a sister to me,” Lorenz says.

As only one visitor is allowed at Hope Stay at a time as a coronavirus precaution, Lorenz and her family planned to take turns popping in to offer celebratory wishes, and Lorenz hoped to have wealth of friends on the Zoom to commemorate Krahn’s landmark birthday from a distance.

“It means the world to me that people have been able to be in her presence for so many years,” Lorenz says. “It’s incredible.” 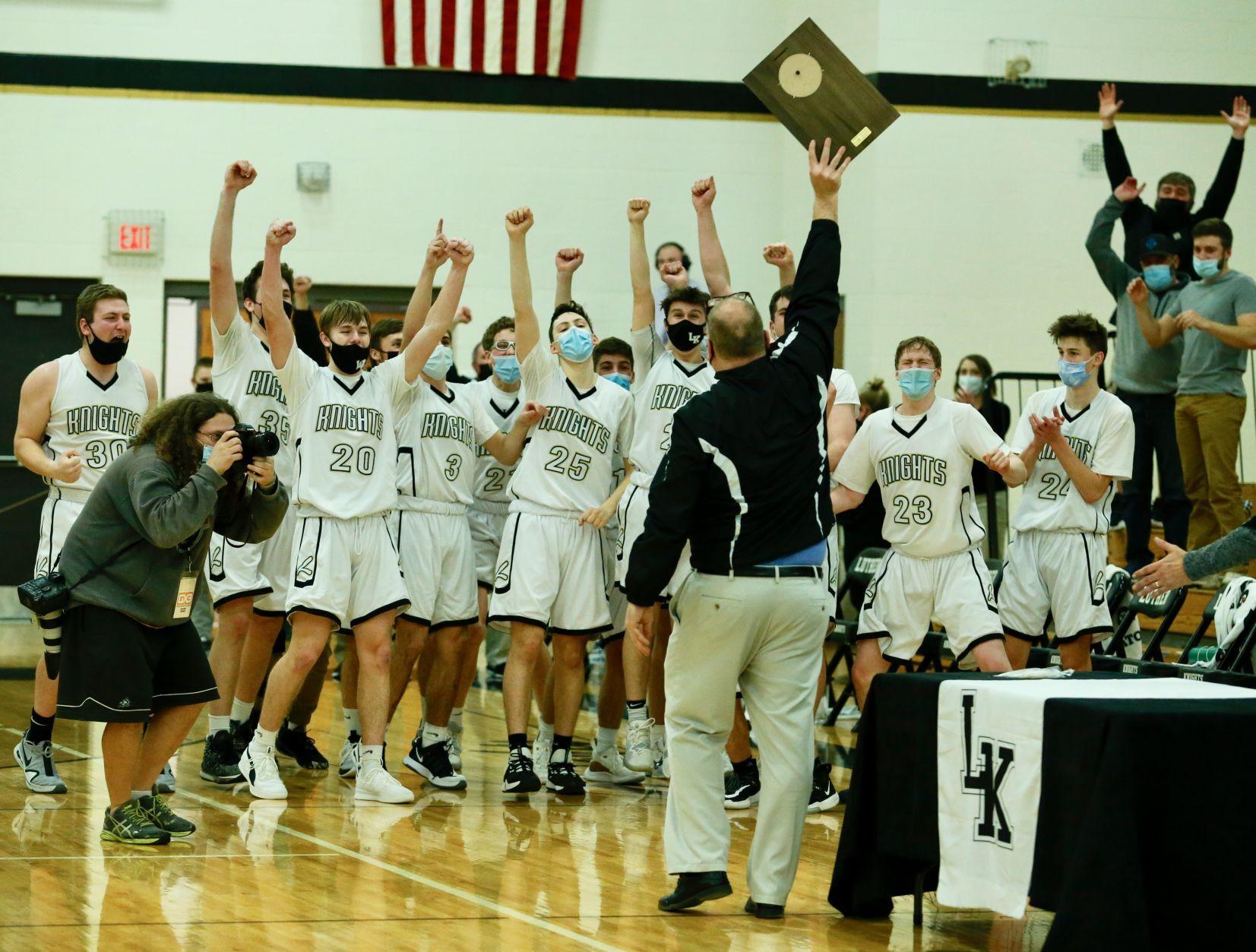 A staff member preparing bags of food to give away during one of the Boys & Girls Club of Sparta's food distribution events.

The Boys & Girls Club of Sparta provides engaging, educational and fun afterschool and summer programs for youth in grades 3 through 12, with an emphasis on academic success, healthy lifestyles, character development and citizenship.

For 25 years, the community of Sparta and surrounding area have found our out-of-school programs to be supportive to the needs of club members and their families. By maintaining a well-trained and caring staff, we work with youth to help them overcome any barriers they may have to living a productive life and reaching their full potential. The barriers our youth and families have had to navigate due to COVID-19 is no exception!

When the Wisconsin Safer at Home Order was issued, our staff quickly went to work on innovative methods to reach our club members. We addressed food insecurity, academic supports and connectivity to one another.

As the pandemic surged it became clear to us that our summer programming was an important need in our community, but our traditional format had to drastically change.

Using guidance from the Monroe County Health Department, area health officials and working closely with other Boys & Girls Clubs within the state, we re-opened our club doors on June 15. After a successful nine-week summer program, club staff were ready to implement the same summer model during the school year — just modified for after-school.

Our leadership team’s goal was to assist with the district’s model and help those parents and children who needed outside resources and help to manage the changes and responsibilities that goes into a remote model of learning. Our staff rolled out “Be Great Dayz,” our new model for club programming to help our club kids during the pandemic.

“Be Great Dayz” incorporated working with the most vulnerable age groups and children who needed help during the day while parents were working. In the beginning of October, we opened all day from 7 am until 5:30 pm. Club staff provided both half day and all day supervised learning with a focus on academic supports to help our club members circumnavigate their daily Zoom classroom sessions, classwork and assignments.

We incorporated social time, healthy habits and traditional Club programming from late afternoon to early evening each day. “Be Great Dayz” also included day camp opportunities during holiday breaks. We offered access to free Wi-Fi space and electronic usage in a quiet and clean work space for teens and families.

The Boys & Girls Club of Sparta’s Re-Opening Plan and Crisis Response Plan has been possible because of strong collaborations with other Boys & Girls Clubs in the state, the strength of our relationships in the community and our proven experience serving both our general and our at-risk population.

Financial support from donors and businesses, along with Kiwanis and Rotary civic groups has enabled us to continue to play an integral role in our community, adapting and evolving to support kids and families through these challenging circumstances.

Financial support is always a need and we are dedicated to finding those revenue streams and utilizing them to ensure we have adequate resources so we may continue to create high quality out-of-school experiences for all the kids we serve.