As of Wednesday morning, about 29,251 ballots were cast across the county.

And while that number is unofficial until results come in Monday, it’s already higher than the roughly 22,000 ballots from the April 2012 election, a similar race that also had only one political party in the presidential primary.

A majority of those ballots were absentee, according to the Wisconsin Elections Commission, which reported that the county had returned 20,105 absentee ballots as of Wednesday morning, which includes those sent by mail and filed in-person.

These numbers are expected to rise slightly as ballots trickle in by mail through the week and during the weekend. Though, due to a last-minute change in the deadline extension, only those postmarked by 8 p.m. on April 7 can be counted.

The increase of absentee voting is notably higher with this election, though. In both April elections of 2012 and 2016, the amount of absentee ballots in the county were 2,156 and 6,571 respectively, according to records from the WEC.

The drastic increase was well-expected, as officials called for weeks for voters to turn to the method to avoid interaction at the polls during the pandemic. To put it into perspective, this amount of absentee ballots is comparable to the amount sent out during a general election, with the November 2016 election processing 21,886 in La Crosse County.

The total turnout for Tuesday’s election will be quite a bit down from the April 2016 elections, though, which brought 44,412 voters to the polls across the county. That race saw two highly contentious party primaries, though.

The county, like most of Wisconsin, also saw a decline in the amount of poll workers, as many dropped out with worries of safety.

The amount of workers the county lost won’t be known for a while, according to La Crosse County Clerk Ginny Dankmeyer, but she reported that all polling locations were fully staffed, with 54 National Guard soldiers filling in gaps at 23 locations.

Leading up to Tuesday, municipal clerks across the county worked tirelessly to jump over unprecedented hurdles, such as filling empty poll worker spots, preparing polling places with strong safety measures, and filling an amount of absentee ballot requests that they didn’t anticipate a month ago.

“Our municipal clerks have been so overworked the last three weeks, and especially this last week,” Dankmeyer said. “Today is the first day they get to wake up and take a deep breath.”

The results from Tuesday’s election won’t be announced until next Monday, April 13, after 4 p.m., and likely won’t be finalized until the following day.

On the ballot, voters in the county voted on key local races, such as school board members, county board seats and a mayoral race in Onalaska. They also saw a race to fill a state Supreme Court seat — the same court that voted to not postpone Tuesday’s election.

The state participated in the Democratic presidential primary race. At the time, the two remaining candidates were Joe Biden and Bernie Sanders, but on Wednesday, Sanders announced he would be dropping out of the race.

A total of 22 states will still host presidential primaries before the Democratic National Convention, more than half of them having rescheduled to a later date.

The convention, where an official presidential nominee will be chosen, is set to be held in Milwaukee this year.

The date has already been postponed from mid-July to the week of Aug. 17. Some officials, including likely nominee Biden, have even suggested the event, usually gathering thousands of people, might need to be held online. 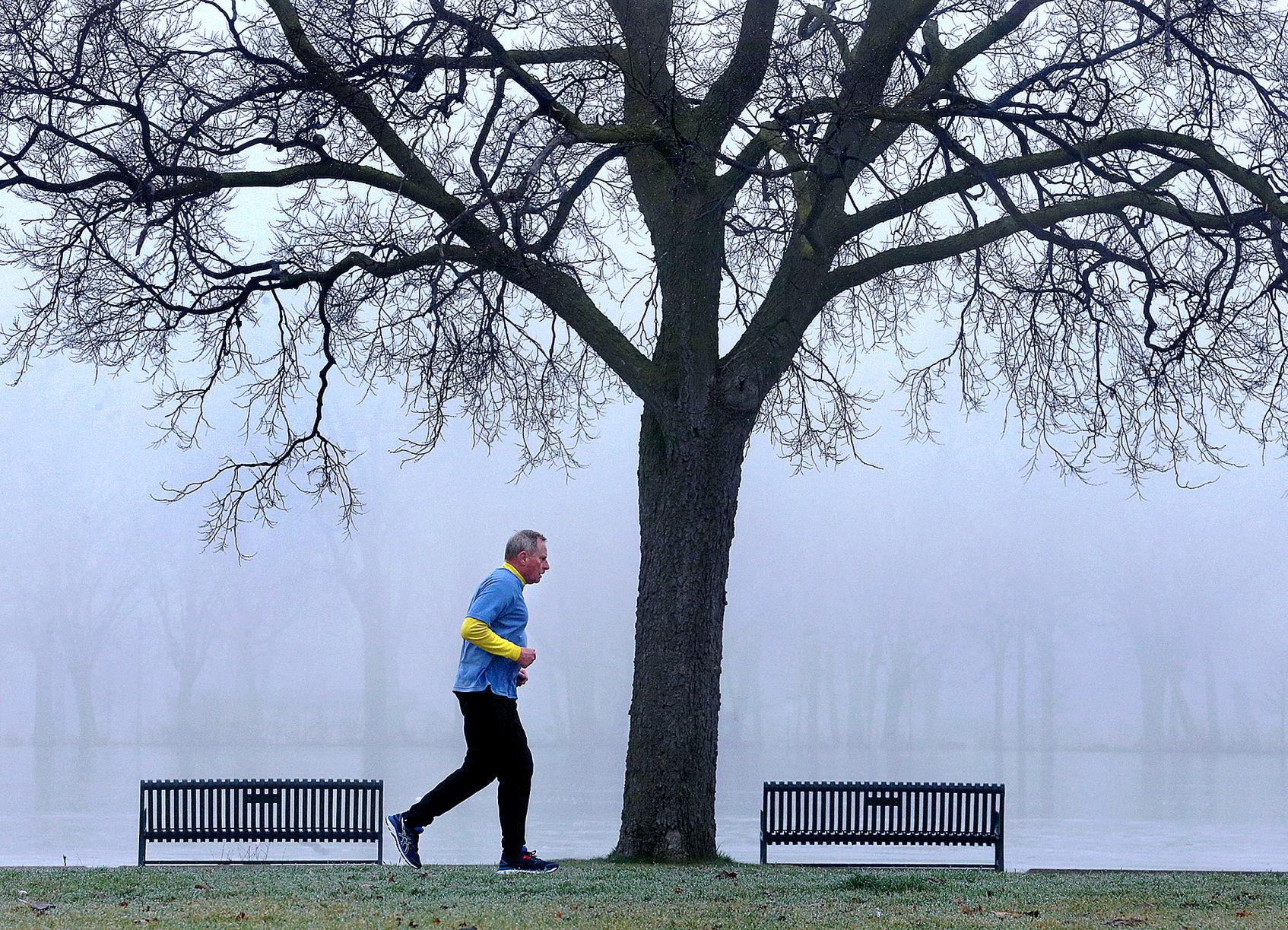 A man runs along a foggy Mississippi River Wednesday morning in Riverside Park. Thursday’s forecast from the National Weather Service calls for a high temperature of 44 degrees in La Crosse, strong winds, increasing clouds throughout the day, and a chance for rain in the afternoon. For more on the weather, turn to Page B6.

In the face of COVID-19, households, businesses and entities have ramped up cleaning efforts, but at medical facilities in particular disinfection has reached new levels.

At Mayo Clinic Health System in La Crosse, environmental services technicians are dedicating solid eight-hour shifts to sanitizing every touch point and surface, not just once but several times a day. No phone, stair handle, keyboard or armrest is left untouched.

“We walk the halls with a rag in our hand,” says Diane Lemke, environmental services technician at Mayo in La Crosse.

The hospital has about 100 EVS techs on staff, with 21 overseen by Joan Porath, EVS supervisor for direct patient care. The job is not an easy one, Porath says, especially since COVID-19 spread to the La Crosse community in mid-March.

“We’re on the frontlines of infection,” Porath says of her department.

The layers, combined with the physical effort of scrubbing, sometimes leaves Lemke uncomfortably warm, but the stringently enforced attire provides her reassurance she won’t expose her family to germs. Before leaving work, Lemke changes into her casual clothes and heads home to put a load in the laundry. 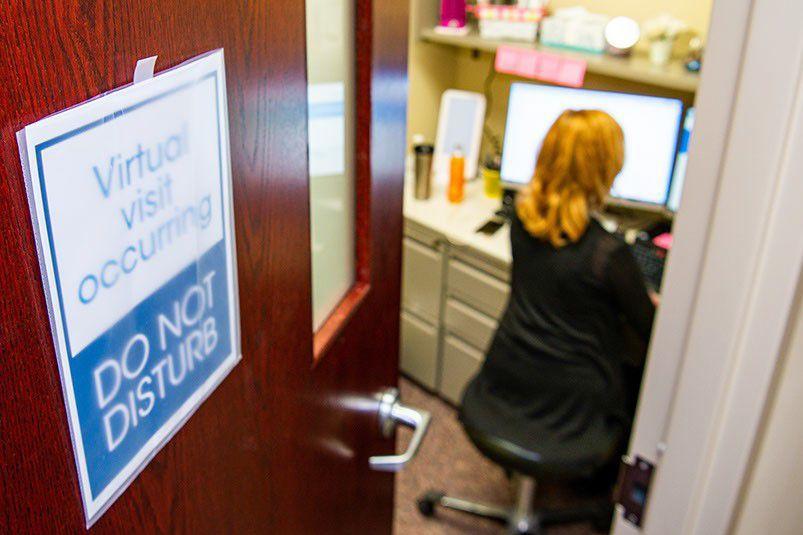 “We’re here to help save lives and be protective for the sake of everyone,” Lemke says.

With hospital visitors largely prohibited due to COVID-19 precautions, Lemke’s role has expanded to include support system, chatting with patients and providing some comfort during a lonely and uncertain time.

The extra level of care is appreciated, as is the dedication of the EVS staff. While it may seem doctors and nurses are receiving the majority of the kudos during the pandemic, Porath says her team has indeed been lauded for their efforts.

Mayo Clinic Rochester has been designated a national site for the Convalescent Plasma Expanded Access Program, leading 40 national institutions in the effort to potentially treat critical COVID-19 patients using the blood proteins from those recovered from the virus.

“The teamwork here in the southwest is amazing,” Porath says. “It doesn’t matter what title is on your name badge. We’ve all stepped up during this time and we’ve all gotten recognition.”

Though the staff is scrupulous in its sanitation, Porath emphasizes the importance of every person practicing thorough hand washing and disinfection.

“Our job is to provide a clean and safe environment, and I think if everyone works together we will be able to overcome this COVID-19,” Porath says. 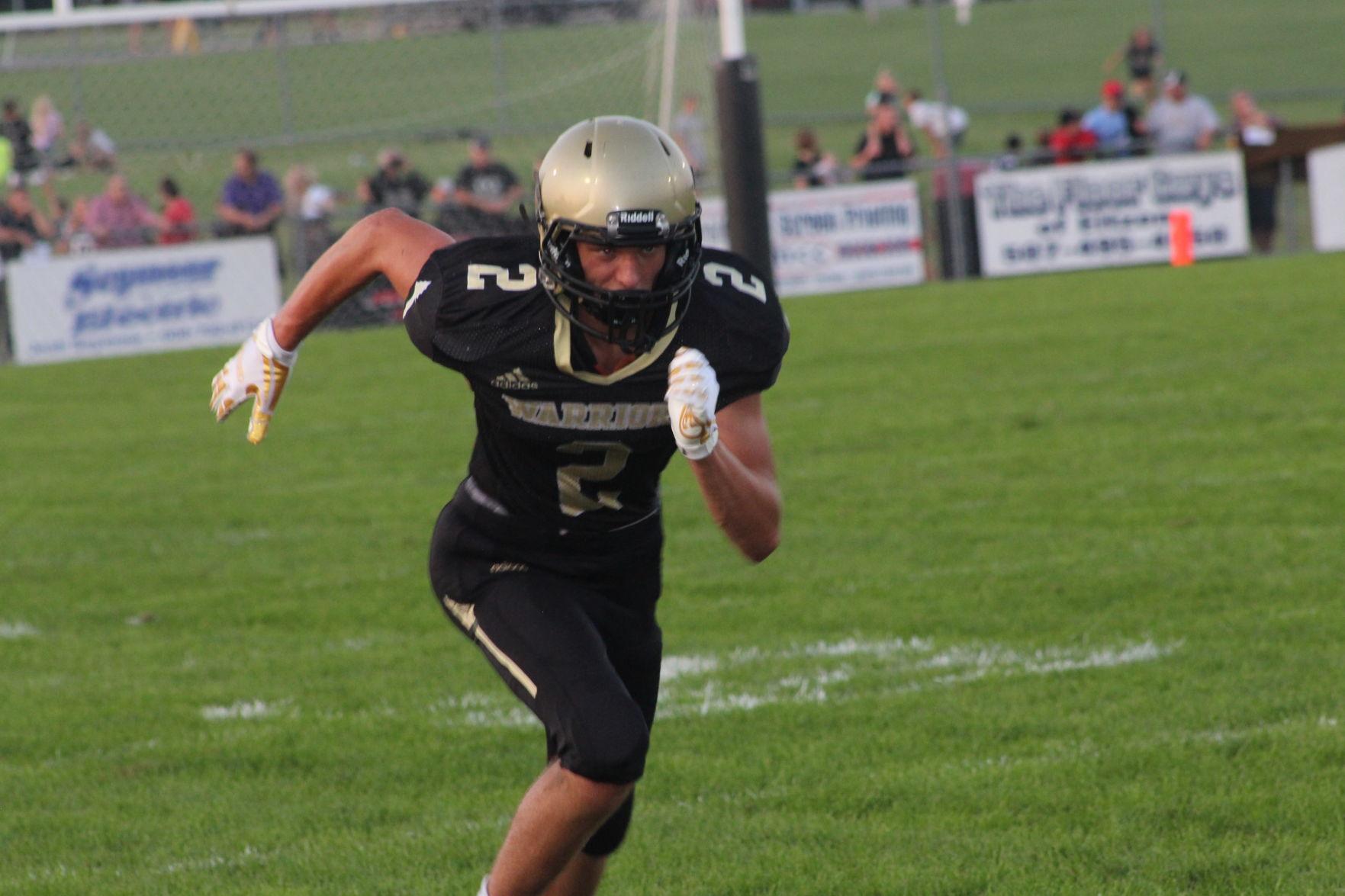 Eli King starts his route against Chatfield on Friday. He had three touchdowns to help the Warriors win 41-8.

The La Crosse County Health Department reported its 24th confirmed case of COVID-19 Wednesday, an increase of one case since Monday.

The newest case is attributed to a male in his early 50s with mild to moderate symptoms. Currently, no local individuals are being hospitalized due to the virus, and 17 patients are considered recovered. There have been 976 negative tests of COVID-19 in La Crosse County and no deaths.

As of Wednesday afternoon, Wisconsin had 2,756 positive cases of the virus and 30,115 negative. There have been 790 hospitalizations and 99 deaths attributed to the virus.

Of statewide reported cases, 8.4% are positive compared to 2.4% in La Crosse County.

“We continue to be significantly lower for positive cases, and we are grateful for that in La Crosse County,” says Jen Rombalski, director of the La Crosse County Health Department.

Rombalski reiterated during a livestream press conference Wednesday the need to stay home whenever possible, including during the holiday weekend. Items such as Easter baskets, plastic eggs and candy are not considered essential and individuals should not make a special trip to purchase them, Rombalski said, and encouraged families to get creative.

In addressing community concerns about residents or employees failing to follow social distancing guidelines, Rombalski urged people to practice compassion. A polite verbal reminder is OK, she said, if it can be done kindly and safely. Infractions can also be reported to the La Crosse Police Department non-emergency line, 608-789-7200.

“We definitely need to stay the course or we will see a surge in cases,” Rombalski said, noting if the community lapses in hand washing, sanitation and isolation practices, “It is inevitable that will happen because of how the virus spreads.”

Another person in Monroe County has contracted COVID-19 — the eighth confirmed case so far in the county.

The man is in his 70s and has been hospitalized, according to the Monroe County Health Department.

The county reports there have been 338 negative test results so far, and two people have recovered.

Currently, no local individuals are being hospitalized due to the virus.

4th reported death from virus in Winona County, A2