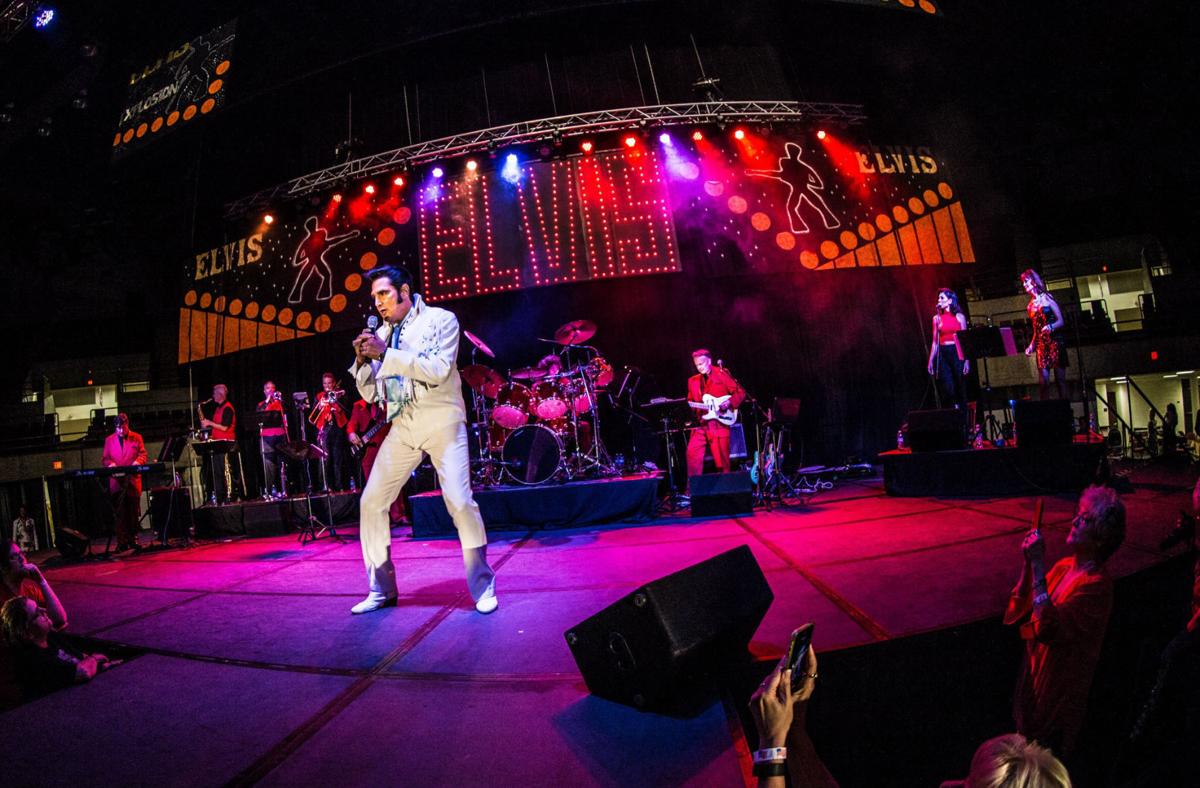 The Change of Habit Tribute Band, which last year won Tribute Band of the Year honors at the second annual Elvis Tribute Industry Awards ceremony, can be expected to play as many as 250 songs during the three-day Elvis Explosion, which runs Sept. 9-11 at the La Crosse Center. 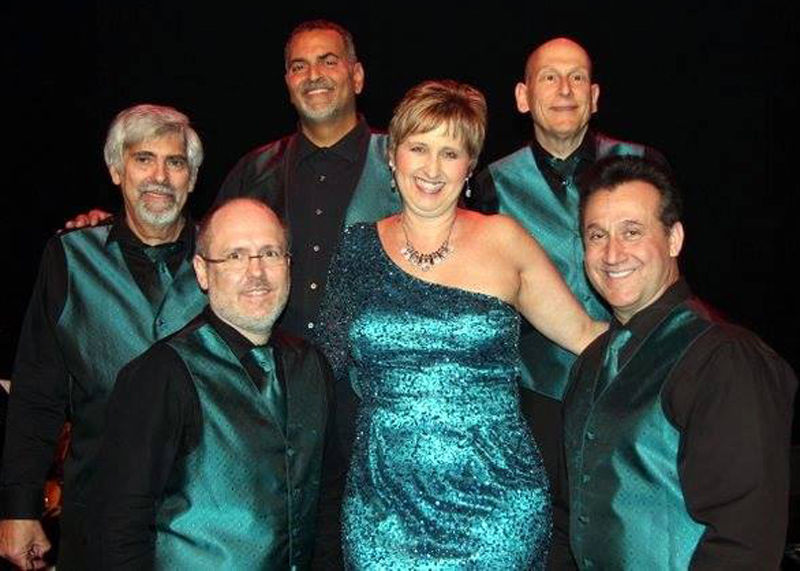 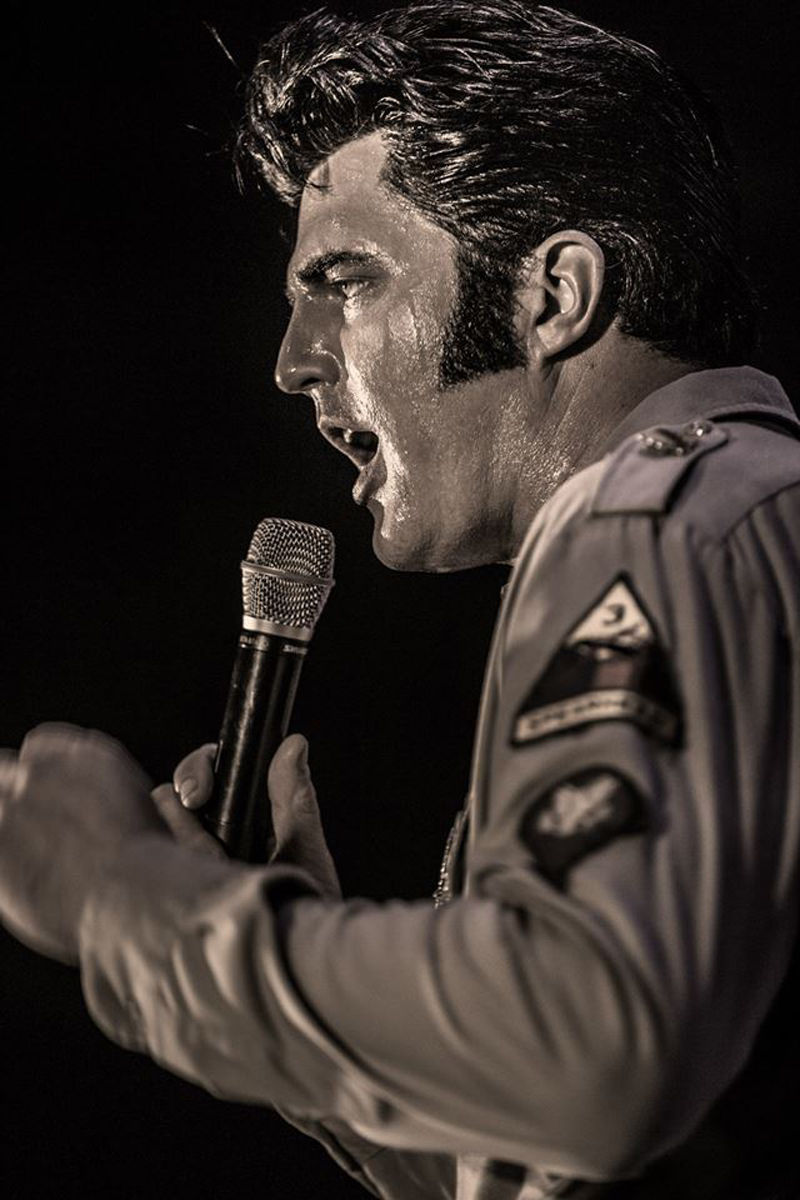 Ryan Pelton is back at this year’s Elvis Explosion at the La Crosse Center, one of three headliners. Last year, Pelton was named Elvis Tribute Artist of the Year and honored with a special Industry Achievement Award at the second annual Elvis Tribute Industry Awards ceremony. 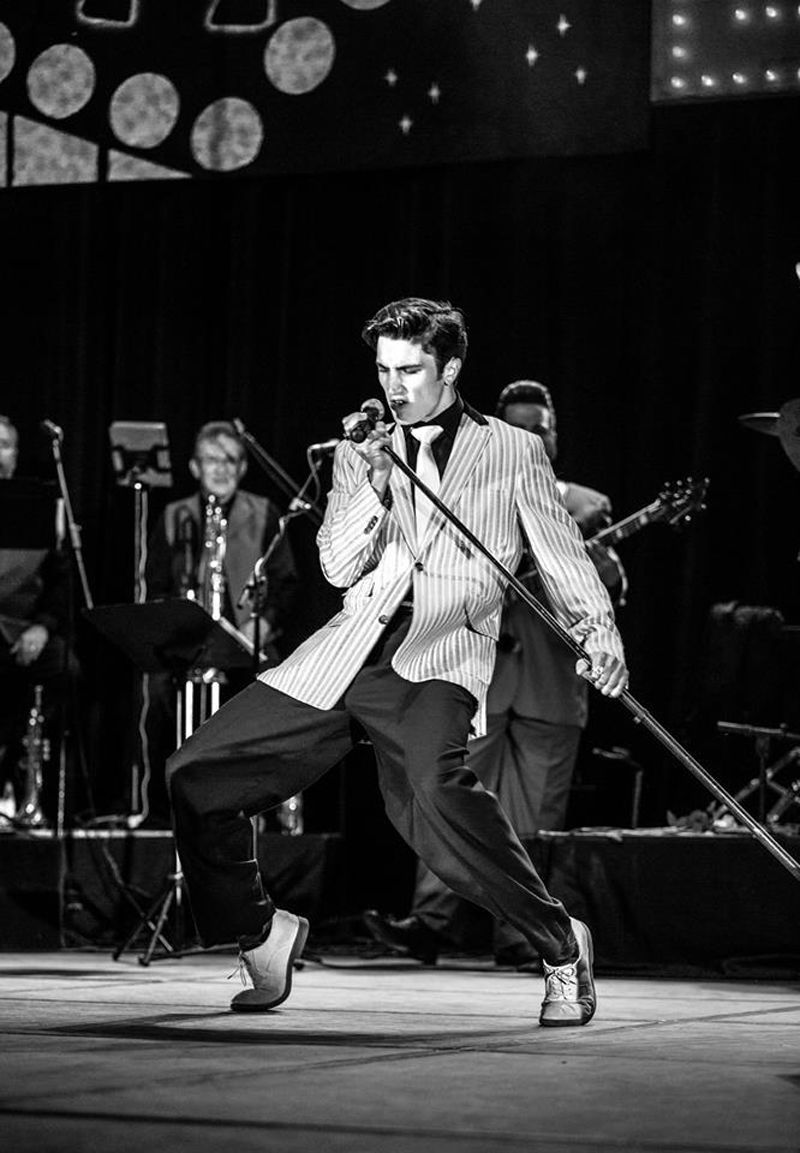 The 19th annual Elvis Explosion at the La Crosse Center will feature more than Elvis tribute artists, portraying the King from his youthful rockabilly phase to the fancy jumpsuit concert-era period.

It’s been 60 years since Elvis Presley and his band had the crowd all shook up at La Crosse’s Mary E. Sawyer Auditorium, his only concert performance here, and it’s been 39 years since Presley’s untimely death. But there will be many moments next weekend when you’d swear Elvis was still alive and well and rocking the La Crosse Center.

Elvis Explosion founder and producer Ronny Craig, a former Elvis tribute artist, is gearing up for his 19th Elvis Explosion, a three-day celebration of all things Elvis that features one of the biggest competition fields in the world. Craig started the Elvis Explosion in 1998, and for the first two years it was a much smaller outdoor affair in July at the Bikini Yacht Club.

Besides relocating the Elvis Explosion to the La Crosse Center, Craig made another big change in the event. He decided to commit to attracting high-quality Elvis tribute artists, or ETAs. This year, the roster of competitors will include 33 — maybe more — and the list includes five former world champion ETAs. The three featured headliners include Brad Boice, Tim “E” Hendry (the 2013 Elvis Explosion winner) and Ryan Pelton, one of the world’s top ETAs. Pelton started his career the same year the Elvis Explosion started, which means he has been singing Elvis songs nearly as long as Elvis did.

“We really try not to get the average bear. We want the top dogs to come in,” Craig said. “Let’s face it, the real McCoy is gone, but his music lives on. Just for those fleeting moments, sometimes you can capture Elvis.”

One of the reasons the Elvis Explosion attracts so many high-caliber performers and why the performances they give seem so authentic, so Presley, is every year Craig provides a top-notch backing band to play behind the ETAs. For every year except one since 2003, that band has been the Chicago-based Change of Habit Tribute Band, which features six core members and a three-piece horn section.

Drummer Joe Zannelli started Change of Habit in 2003, leaving another band that specialized in Elvis tribute shows, the Expense Account Show Band. Zannelli played with Expense Account since it formed in 1984. He recalled the grueling work of learning 300 Elvis songs, grinding through 15 to 20 new songs a night, in preparation for the first convention of the Elvis Presley International Impersonators Association, held that year in Las Vegas.

“Back then, the Elvis tribute industry wasn’t as big as it is now,” said Zannelli, who was only a year out of high school when he joined the newly formed Expense Account. “It was very much more of a novelty niche.”

Zannelli has been playing drums since he was 7 years old, and he was an Elvis fan before that. He’s very much a student of the drumming styles of Presley’s percussionists. When he’s playing an old rockabilly Elvis song from his early days, Zannelli keeps it simple, since Presley’s first drummer, D.J. Fontana, only had a three-piece set.

For the bigger “concert era” versions of songs from the 1970s, he emulates the style of Ronnie Tutt, Presley’s primary live drummer, which Zannelli described as kind of loose, even sloppy, and there’s a distinct ringing sound to Tutt’s drumming because he didn’t have heads on the bottoms of his drums. Zannelli is perfectly capable of intricate, technique-heavy drumming of Rush’s Neil Peart, for example, “but it’s not going to be authentic,” Zannelli said. “There’s so many bands out there that’ll do their version of the songs. What I’ve always tried to do is keep the authenticity with the band.”

It would be almost impossible to capture the concert sound Elvis had in the 1970s, when he’d often perform with 20-piece ensembles that included large horn sections and more backup singers than you can shake a hip at. For Change of Habit (which also is the name of Presley’s 31st and final feature film), recreating the original sound and arrangements is vital to the band.

Authenticity, enthusiasm and energy also are important to Craig, Zannelli said. “He wants the band to be a factor in the show,” he said. “He doesn’t just want a six-piece band up there going through the motions.”

Presley is known to have performed more than 700 songs in the course of his 23-year career, and Change of Habit is ready to back up ETAs on almost any song they might choose. They even have different arrangements of the same song, for example, depending on whether the ETA wants to do songs in the style of a studio recording, a live album recording, a concert movie version, the TV comeback special version, etc. “Are You Lonesome Tonight,” for example, might be played in seven or eight ways.

“There’s only a couple bands that do it as often as we do it and as specialized as we do it,” said Joe Scumaci, who joined the band as a backup singer about 10 years ago and now also handles bookings and serves as tour manager. “Once you get that reputation of doing it accurately, you get picked up by a lot more people.”

Even with the extensive song list Change of Habit has, sometimes a performer will want to do something the band hasn’t done. Zannelli and Scumaci said the band actually likes it when they get a chance to learn and play something new. “If we have the time and it’s not right before we’re getting on stage, we will learn it for them,” Scumaci said.

The members of Change of Habit look forward to playing the Elvis Explosion, Scumaci and Zannelli said, because it’s so well run,  they get to play in a nice room with a great sound system, the audiences are large and enthusiastic, they get to see ETAs who have become like family members and they get to meet new people.

On the down side, the band plays four long competition shows (plus the Sunday morning gospel show), spending as much as five hours onstage at one stretch at the Elvis Explosion, playing up to 250 songs. “By now, the musicians in the group know what to expect. They call it ‘the marathon,’” Zannelli said. “A lot of people say we’re crazy.”

But can they stop? Nope. It's like they're caught in a trap and can't walk out because they love it too much, baby.

La Crosse’s 20th annual Elvis Explosion comes on the heels of the 40th anniversary of the death of The King, and this year’s event offers some…

La Crosse’s annual Elvis Explosion to include a Dutch master

With 20 years under its belt, people attending Ronny Craig’s annual Elvis Explosion have seen just about everything, from a tragic death on st…

The Change of Habit Tribute Band, which last year won Tribute Band of the Year honors at the second annual Elvis Tribute Industry Awards ceremony, can be expected to play as many as 250 songs during the three-day Elvis Explosion, which runs Sept. 9-11 at the La Crosse Center.

Ryan Pelton is back at this year’s Elvis Explosion at the La Crosse Center, one of three headliners. Last year, Pelton was named Elvis Tribute Artist of the Year and honored with a special Industry Achievement Award at the second annual Elvis Tribute Industry Awards ceremony.

The 19th annual Elvis Explosion at the La Crosse Center will feature more than Elvis tribute artists, portraying the King from his youthful rockabilly phase to the fancy jumpsuit concert-era period. 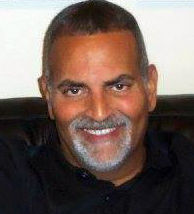